I got issued a “Position and hold” clearance in the Sim the other day. This was a US-ism that was explicitly removed in favor of ICAO standard a few years back.

Very often in real life, I’ll get issued some situational awareness advisories with it.

I got issued a “Position and hold” clearance in the Sim the other day. This was a US-ism

I’ve never liked using sim ATC… It’s always a bit off and would require a lot of work to become more realistic. And it’s probably not the priority at the moment, especially considering that you already have alternatives to the sim ATC.

I tried to completely disable ATC in the settings. The problem is that when you do that, you cannot receive the ATIS anymore in the sim, which is the only thing I use. So I had to keep it.

It would be great if Asobo could allow the ATIS to remain enabled if you decide not to use the ATC.

As to the ATC biased towards FAA/US phraseology, I think they should have made things slightly different:

It’s a missed opportunity; really too bad. A lot of future pilots, whether glider pilots, GA pilots or ATPL licensed pilots will start their training in this sim. It would be such a good idea to teach these newbies some proper use of ATC phraseology, I don’t really understand why Asobo Microsoft didn’t invest in this important aspect of flight. Of course it would be even better if there would be different accents to make it more realistic, that shouldn’t be a problem. Five languages would be nice, but for starters UK English and American English would help, since English is the ICAO RT language. It would be a simple way to really upgrade the simulator, especially for VFR, because the fraseology used in VFR Radiotelephony is less complicated than IFR RT. Anyway, I agree with you, Don.

Phraseology and radio brevity is important for the reasons people above have already stated.
I fail to understand how the Devs didn’t do some basic research in regards to this issue. But trust it can and will be fixed soon enough.
Voted!

I think some of what Asobo seems to be doing is relying on Euro-centric aviation material. FSX seemed to cater to a more US centric aviation environment.
We all doing it Euro-Style theses days…

The latest feedback snapshot is disturbing regarding the ATC debacle… 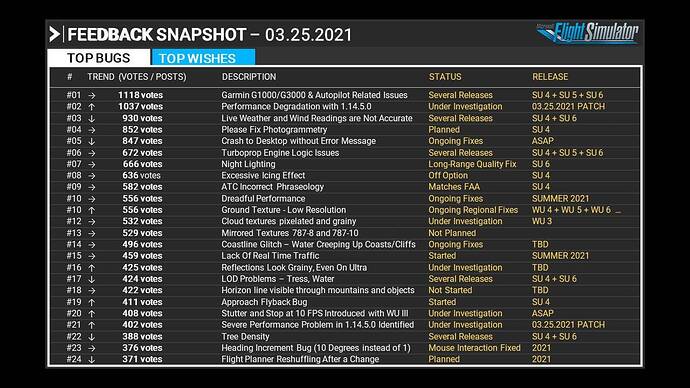 sigh… how many times do we need to say it…

I hope it at least adds options to make it more realistic ourselves. I released a mod to change the MSFS phraseology into European phraseology (essentially ICAO + a few Eurocontrol recommendations), but you can’t make it totally realistic as a lot of options are unavailable, and there is no way of fixing the 18000 transition altitude and inHg instead of hPa

. In my mod I tried to make the text in the ATC window represent proper phraseology, highlighting the differences with the text-to-speech with brackets. 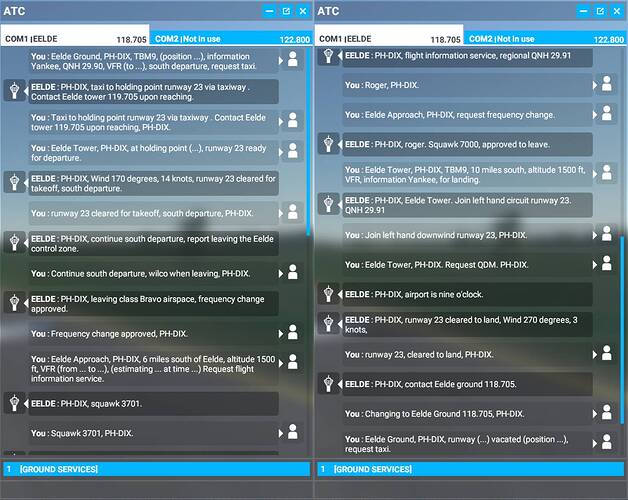 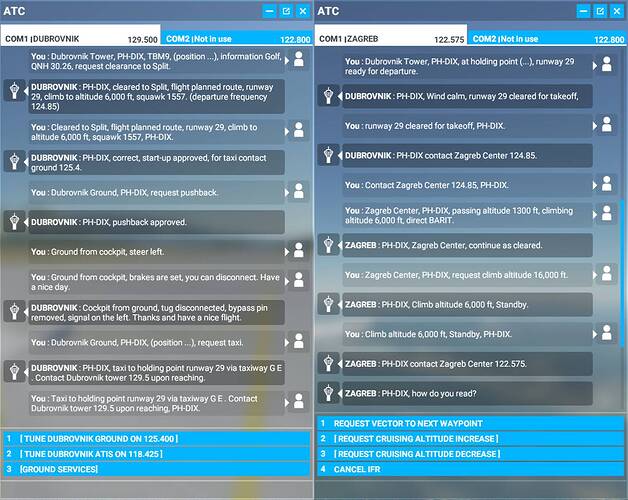 Hello everyone, I’ve completely re-written the ATC text-to-speech to reflect European radiotelephony phraseology within the limits of the current ATC system. Both VFR and IFR closely resemble European RTF phraseology with this mod. Download: ATC Phraseology Mod V1.3.zip.pln (3.6 MB) Big thanks to @Usoska for simplifying the installation process! After downloading, remove the .pln form the file name, unzip and execute the .bat file. The installer will automatically create a back-up of the or…

@Nijntje91 your mod is great, here’s hoping you will release an update after Sim Update 4

If there is something to update sure, thats why I’m saying, I really hope they are adding functionality and make it more realistic and not just updated the existing phraseology

. Updating the phraseology to match FAA probably was a 5 minute job for them, they were already 90% there…

Maybe at some point an ICAO, UK and EU version would be nice, its not that much work honestly. Best wait until the whole ATC work is settled from the Asobo side. It would be awesome if they could open up ATC to the community so we can just drop it in the community folder instead of modifying base files as is needed now. For Asobo it must be easy to move everything ATC related to a separate file I assume?

Did anyone else notice that when flying VFR ATC will tell you to “continue to waypoint as filed” as if you’re flying IFR?

Ident: If you take a closer look at the control wheel, there is almost always an “Ident” button, that means it is used more often.

Giving ATC your approximate location and Ident: The Ident sends a special signal in the transponder (used by Radar) that is used to “pulsate” your “blip” on ATC’s radar screen. That helps ATC find you. When interrogated by the Radar signal, the transponder replies with the code and altitude (Mode C). Mode S includes a lot more information known as “secondary surveillance and communication system”.

I have never been asked to Ident in MSFS.

True with the Unnecessary verbiage and altimeter is a nice to have when transitioning from above to below FL180.

On a busy ATC, when am I going to get a chance to respond to ATC when they give me a change frequency command.

ATC gives you a long winded traffic notification after that plane has already passed you in the opposite direction.

I have a suggestion for Asobo. Enable a communication queue. Your comm transmit options will always be available until you select one, then grayed out. In the meantime, your transmission is sent and placed to the queue on their ATC server and will be broadcast in the order it is received. Once that broadcast happens, your transmit options changed or are again available for the next communication.

Ident: If you take a closer look at the control wheel, there is almost always an “Ident” button, that means it is used more often.

Haven’t touched that button in months, maybe even years in real life (ok maybe a few times by accident

). Its not used that often, at least in Europe.

The whole transponder system is part of the “Secondary Surveillance Radar” (SSR), not only mode S but all modes (A, C and S). The only extra info mode S gives is the aircraft callsign. The lot of extra info you are referring to might be ADS-B?

Thanks for your feedback @Nijntje91 I should replace that line… the Ident button is a popular item, whether is is used for bumping or designed usage.

I totally forgot about “Mode A”, until. Mode C was the one I worked on most that included the code and altitude. S was still an itch when I left that field in 1989. I recall new gadgets that looked like a small storm scope that would ping another plane’s transponders and display altitude and approximate distance & direction.

I haven’t flown in a long time, either, but I remember many times at initial contact with ATC, to squawk a code and Ident.

Have a good flight!

Noticing this after the latest WU4.

All Live-Traffic data with what seems to be corrupted strings/data.

The ATC is rubbish… it make you have a great experience directly crash to the mountain! Please fix it ASAP

World Update 4 broke the ATC.
Sometimes ATC stops talking, but the text is there… sometimes a tower starts talking when you (the pilot voice) is still talking as well.
ATC is a total mess since World Update 4.