Hey guys! So we are still working on our main big project, due in several months still. But we thought in the meantime we would go on a little side venture, with a more fun, simple, cheaper, cool looking little plane. Let me introduce you to the Nieuport 17! 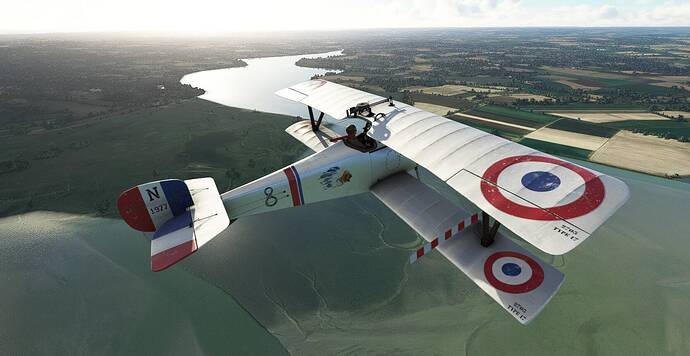 Comes with a boat load of nice little features, here are some:
-Highly detailed 3D model and textures
-Historical liveries
-Accurate sounds recorded from a Le Rhone rotary engine
-Accurate flight model making it nimble and useable on many tiny airstrips
-Animated pilot scarf and streamer
-Interactive clipboard
-Speedometer in knots or kmh
-Hidden radio set for IVAO or VATSIM users
-Working machine guns!
-Comes with 1 mission and 2 landing challenges
-Price expected to be around 15€
-Rob, our consultant actually built and owned a real one

This is coming out soon, expect to see a few previews around the “socials” first 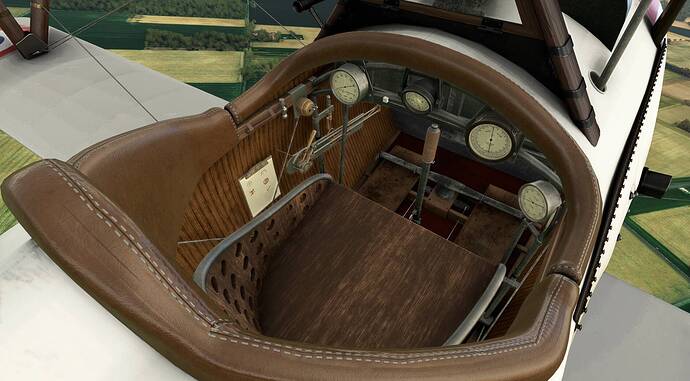 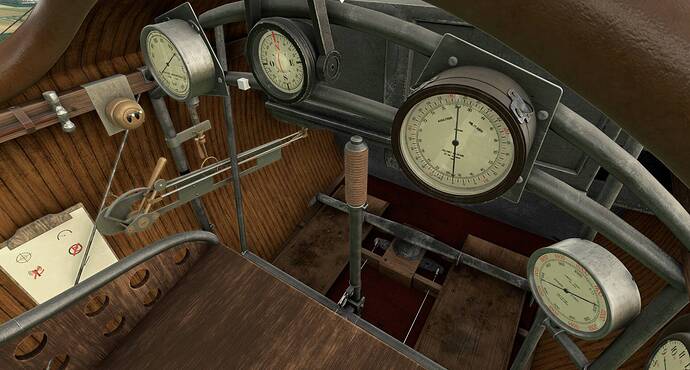 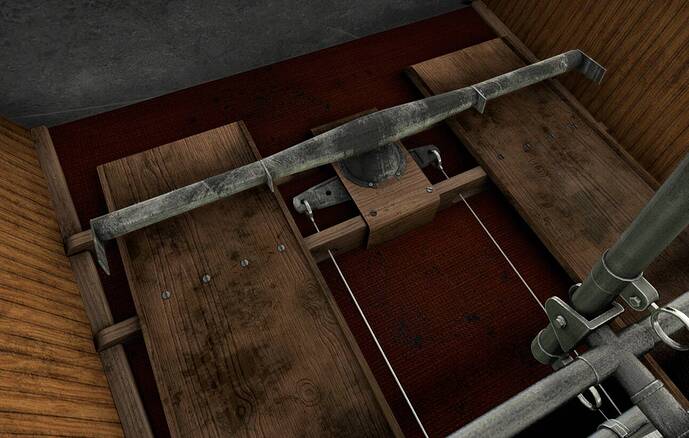 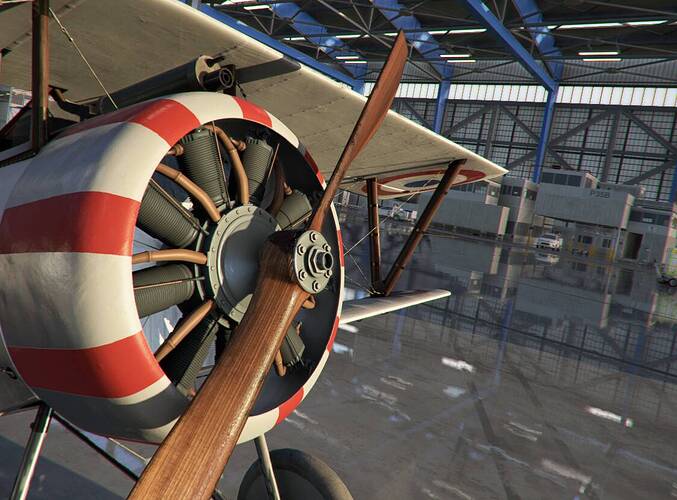 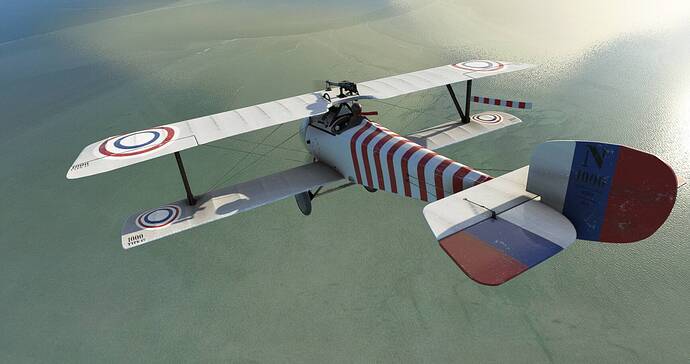 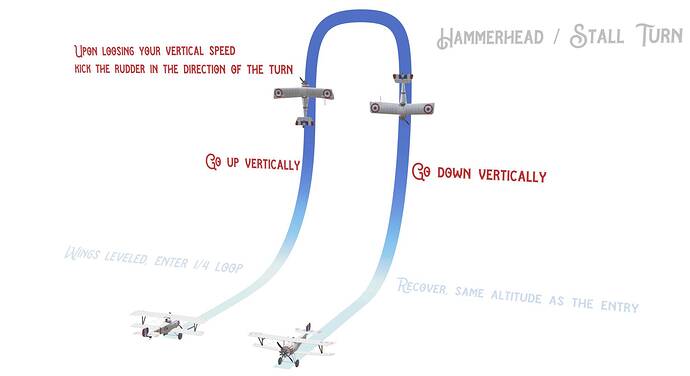 What an absolute beauty! Cannot wait to jump in and explore the skies in this gorgeous brid!
Looking forward to it

Looks great! It’s about time WWI was represented in the current MSFS.

Wow, that’ll be a great plane to have. Thanks very much. Looking forward to it and it will be a first-day-buy for me.

I am a little confused though: first you’re doing the P-40 with a V12 engine and now the Nieuport with a rotary engine. Will you actually be publishing a plane with a RADIAL engine one day?

Its all speculation for now

I’m a big fan of these early 20th C birds when lovingly depicted, complete with ancient, bizarre instruments and all. <3 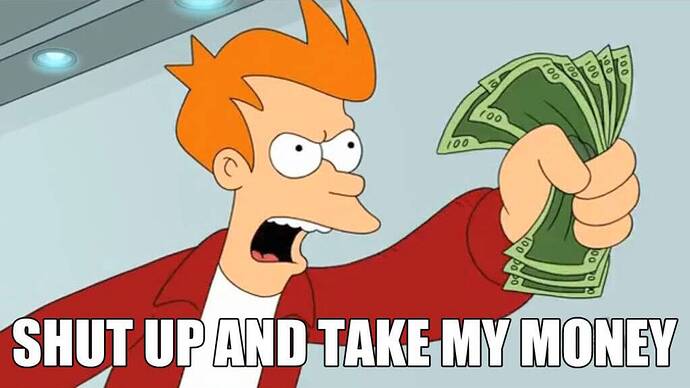 Quick question out of curiosity – what’s the units for the barometer on the altimeter, and how is it calibrated and read?

It looks like the outer ring is 100s of meters (so, 0 to 5000 meters), while the inner ring is the pressure calibration but the available range of 43-80 seems odd. Maybe centimeters of mercury (cm/Hg)? If so it looks like it’s calibrated to 62 cm/Hg (24.4 in/Hg) since that’s what’s at the 0 meters point; but that sounds awfully low, so I think I’m reading it wrong. 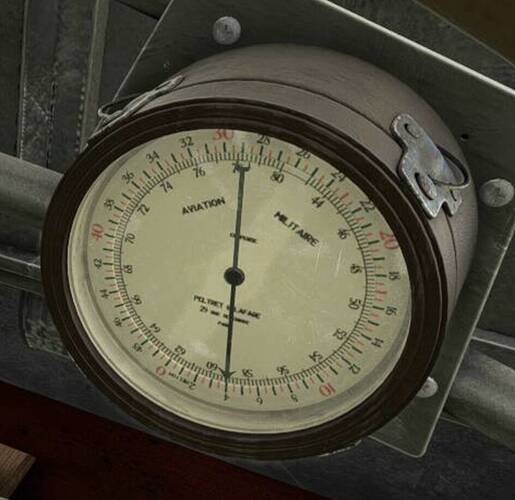 This looks fabulous. I see one very regularly flying at airshows in the UK, usually at Old Warden. I look forward to flying it myself on Xbox.

Alti is in meters 10 being 1K and goes from 0 to 5K. And baro is indeed in cm/hg and reads at the red zero position. Not yet animated tho, since converting units on instrument is a nightmare

Looking forward to this one!

Day one purchase for me!
I do wonder how the throttle is modelled in this. Unless I’m very much mistaken rotaries of the time didn’t have a conventional throttle like we’re used to but those two levers you see in the cockpit did control fuel and air mixture separately and could be used to control the engine in a way. They also had ‘blippers’, that little button on the top of the stick, to temporarily shut down the engine which was used to help slow the plane down further on landings. Is this modelled? Can MSFS even model that? If not it’ll be a pity but it won’t put me off buying it.

Engine management is gonna be standard as in throttle and mixture, but we gotz ze blipz

Glad we get the blip! Gonna be fun to rip some blip fárts on landing lol

I’ve never heard of a “blip” I’m guessing it works like a clutch and disconnects the engine from the prop?

The engine and propeller are attached in a rotary engine, with the whole engine unit spinning. Rotary engines do not have a conventional throttle. The air and fuel mixture is adjusted for higher or lower performance however when landing rotary engines also had a blip switch, or a coup button as the French called it, allowing quick changes in engine speed by cutting ignition to the cylinders. On landing, the engine power was adjusted then the coup button used to cut the engine for brief intervals to decrease air speed. If the button was held too long the unburned fuel/oil mix would flood the engine to where it wouldn’t restart when the button released.

i’ll have your car, thanks

This looks good. Looking forward to it!