If this is related to the crashes, I had this 4-5 times yesterday, and I can’t replicate it at all today.

I am happy to wait as I can see that a good end product is the aim and I am confident that it will be off blocks before long. Since SU10 things do seem more stable with all aicraft for me, but I am aware that others are not so fortunate and my thoughts go out to them as we await the release of both update and new product.

Understood. Although I can’t wait to get this (the King Air, that is) I prefer having a stable version at the get-go. And I’m having a great time in the Caravan so the wait is not exactly painful

speak for yourself! I can’t wait to get in the king air! So Excited!

Anyone else having problems with windshield anti-ice in the Caravan? It doesn’t seem to be working at all.

I do get some icing wih windscreen anti ice set to on, but it doesnt bother me too much if I have to go heads down and the rather realistic icing goes upon reaching warmer air quite quickly. Could do with a slight tweak but it doesnt detract from the overall package for me.

l did met several icing condition near ushuaia recently, if you properly activate ignition switch + separator intertial + apply full prop with a dry plane should be ok, one time l had to lower altitude cause de-icing wasn’t able to do with effectivity it s work probably I was faulty with a kinda late activation of the procedures and as soon there is too much accumulation, work get harder.

I was able to land at Sumburgh, Shetland, although it was a challenge. Luckily as the ground temp was 6 celcius some of the ice went away during approach. But lower temps and I would have been barely able to see the runway lights through the windshild (it was a night landing).

But this should only affect the engines, not the windshield?

from my understanding, to make it very simple the full prop and ignition switch generate hot air, that are ejected on the airframe (windshield include) (as you can read on POH https://caravannation.com/208BG1000POH.pdf page 104 procedure isn’t specifique to engine , and windshield is part of it,
Like about separator inertial you can read detailled explication how it act with ram air etc page 403 of the same poh 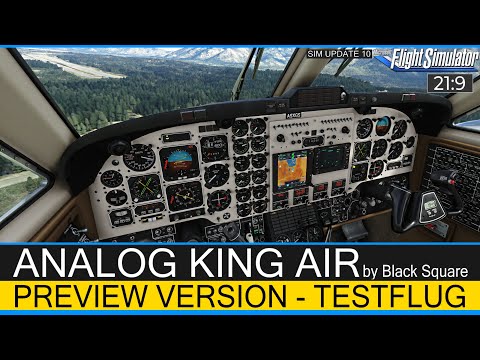 In addition to that, just to add, the bleed air serves as a defrost on the inside of the windscreen - Set the bleed air to on and the temp control knob (right next to the bleed switch) to hot for max effect. In a TKS-equipped 208B, like in the sim, prop deice is accomplished via a TKS slinger ring in the prop hub, just under the spinner - this is why the prop heat switch on the left side of the main panel is “blanked” out. To de-ice the outside of the windscreen, a TKS spraybar is located at the bottom of the windscreen. As with anything TKS, you need to use it before you get into icing rather than to deice during the event.

Hope to see this launched soon!

I just had a flight with the following options added to the “flight_model.cfg” in the section “[FLIGHT_TUNING]”. I copied these from the Asobo steam 172.

I configured a manual 16kt right crosswind, and tried a few takeoffs, and landings. It seemed to work okay, felt a bit better than it did before. I didn’t notice the difficulty to taxi away from the wind as I did in the 172, possibly due to the increase mass/airframe size of the Caravan.

I’d be interested to know others thoughts on this.

I’ll try your settings on the Caravan

If you use these values, nothing really happens because of the -1000. Try something like this on the caravan =

I recommend to combine this with:
min_available_steering_angle_pct = 0 at the [CONTACT_POINTS] section.

Thanks for the advice. I followed the instructions in the manual, and although the windshield was completely covered in ice during the climb through the cloud layers, it eventually cleared up after coming out into blue skies, even though the temp was negative something Celsius.

“-1000” is what it I supposed to be set to if you check the SDK, so that the crosswind is applied at all times, IIRC.

I know, but with - 1000 it is the same as if the vars are not added, there is no gradual increase in crosswind influence. But that is not what you want or? The point of these new values is, to diminish the influence of the crosswind at slow speeds. If you roll slowly the crosswind has nearly no effect because of all the mass and friction of the aircraft. I was told, that for instance in real life on a C172 you don´t notice any crosswind influence until around 10-15 knots.