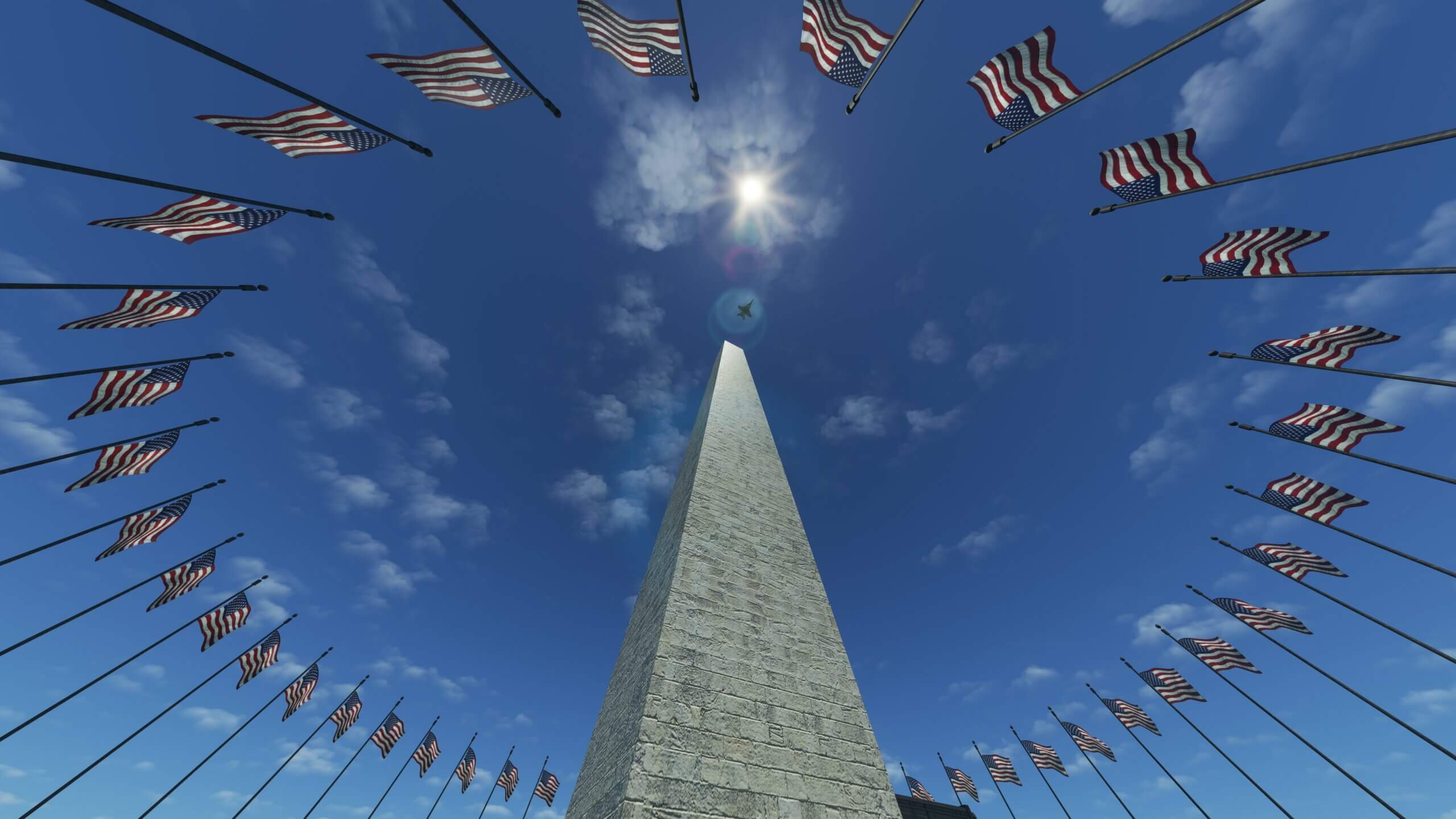 As we enter the dog days of summer, there are a few housekeeping announcements we’d like to share with you today. The first is a reminder that earlier this week, we released an Xbox-only Stability Test, which you can read more about here. The goal is to gather extra telemetry from Xbox users to help us track down the root cause of memory issues. Any Xbox Series X|S user is welcome to join. This build does not contain any fixes or improvements, just added telemetry logging.

In addition, our next Dev Stream will be in August, as summer travel has arrived! We plan to update you further on the time and content of that Dev Stream as we get closer to the date.

Lastly, join us next Wednesday, June 29th at 1900Z, as we host the kick-off of our MSFS Reno Race Series: Presented by Tobii. More information on that stream can be found here, and we hope to see you there as we will be giving away Reno Expansion packs and a Tobii Eyetracker 5! 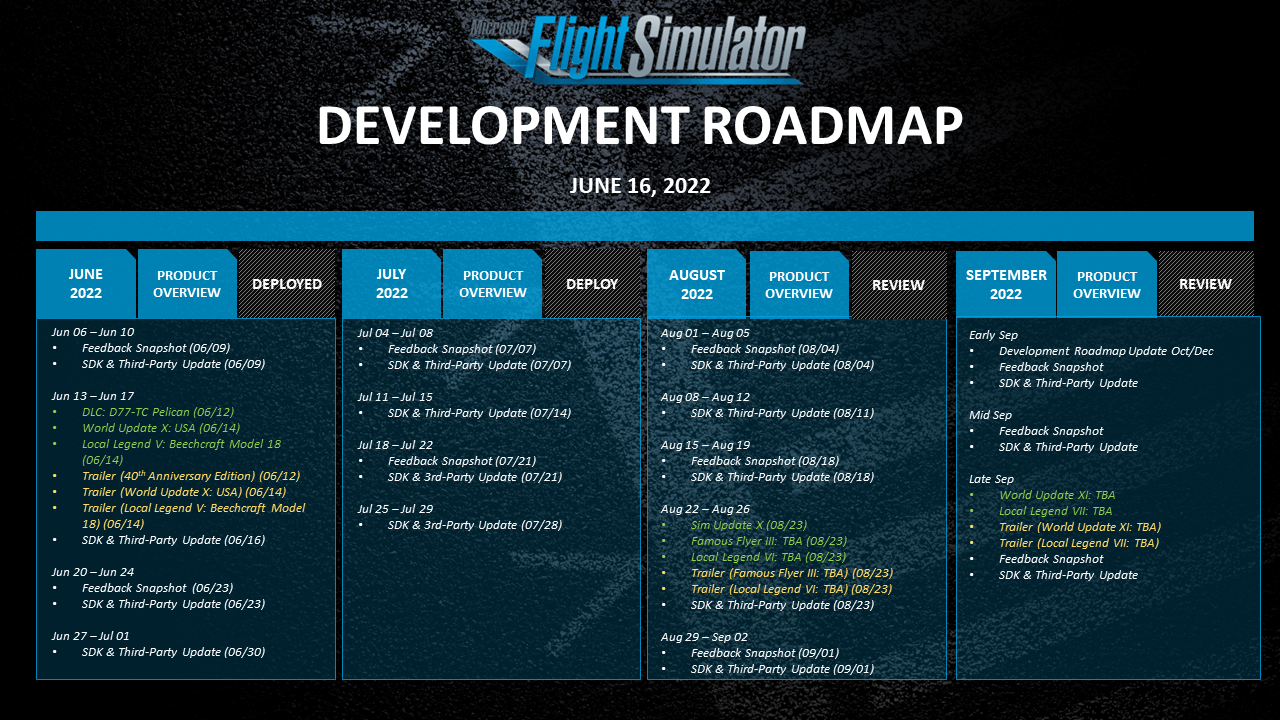 There are 41 new and 19 updated products in the Marketplace today. Marketplace updates generally go live on Thursdays between the release of this blog post and 5pm PT. 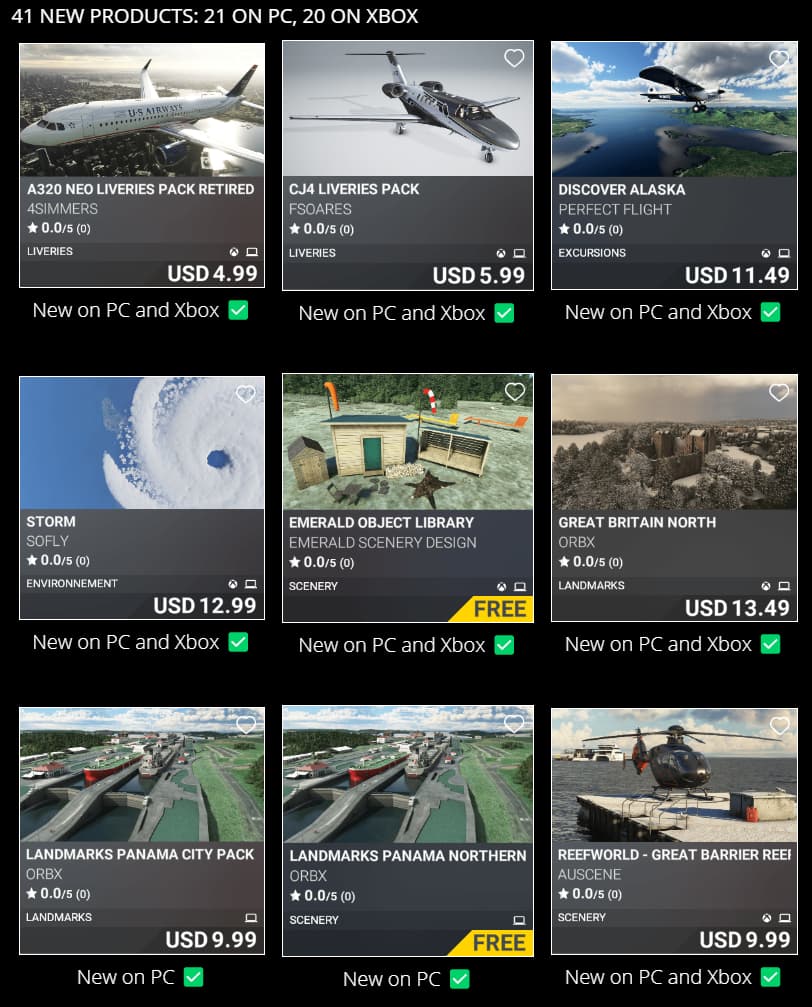 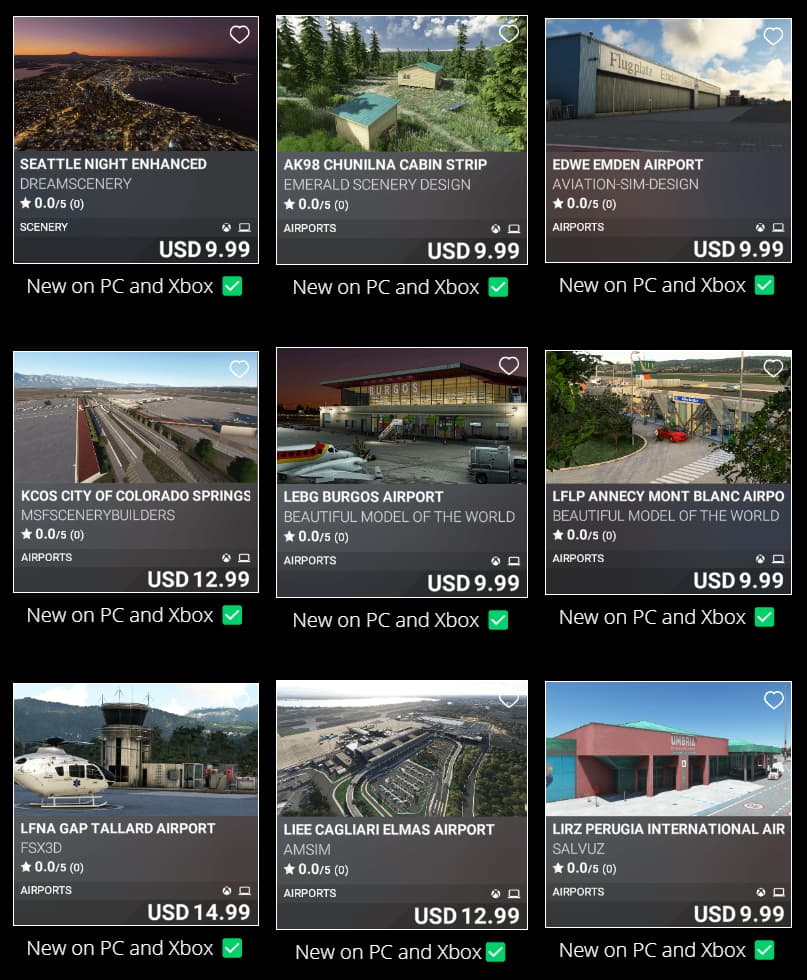 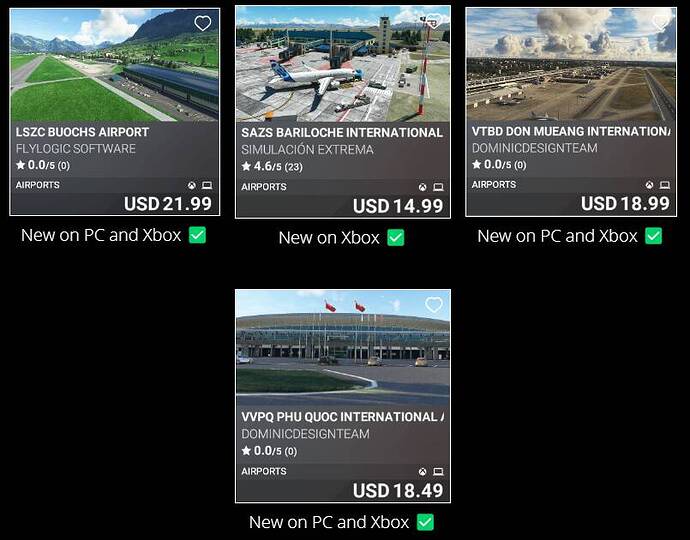 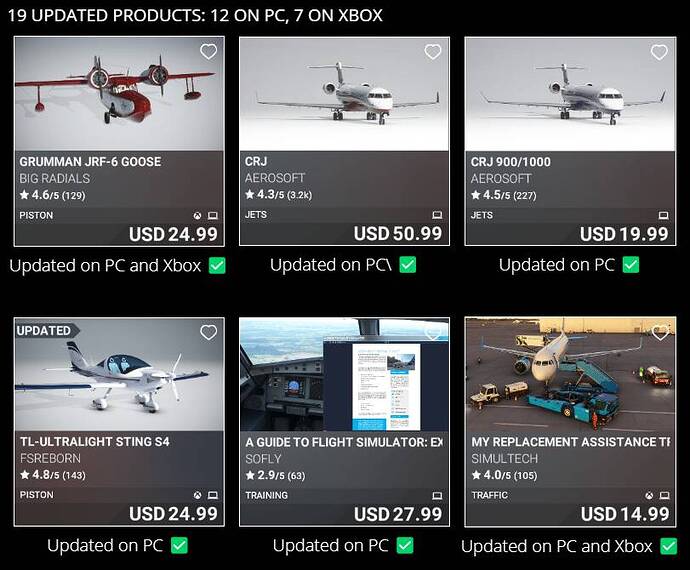 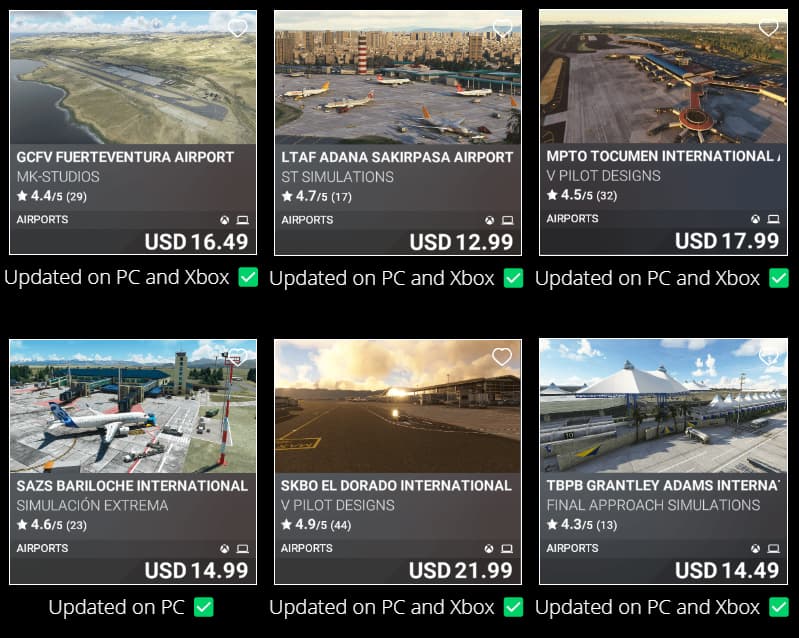 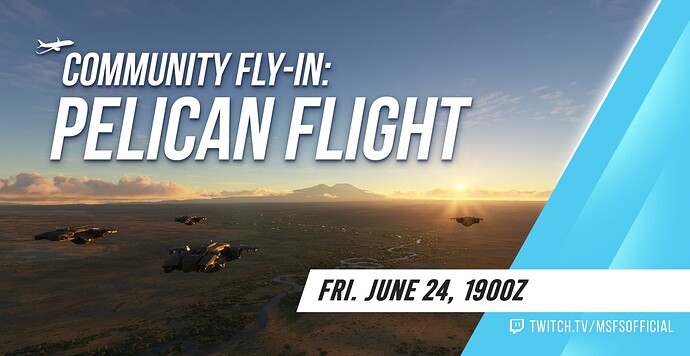 We stream weekly on Twitch.tv/MSFSOfficial! With the free release of the D77-TC Pelican to the Marketplace, we’re going to get a mass formation of these dropships all flying together during Friday’s community fly-in. While most of the Halo series takes place on other planets, onboard spaceships, or on the titular Halo rings, we will visit some Earth locations that featured in the series, including Mombasa (from Halo 2), Mount Kilimanjaro (from Halo 3) and Zanzibar (a Halo 2 multiplayer map). All are welcome to participate! Click here for event details. 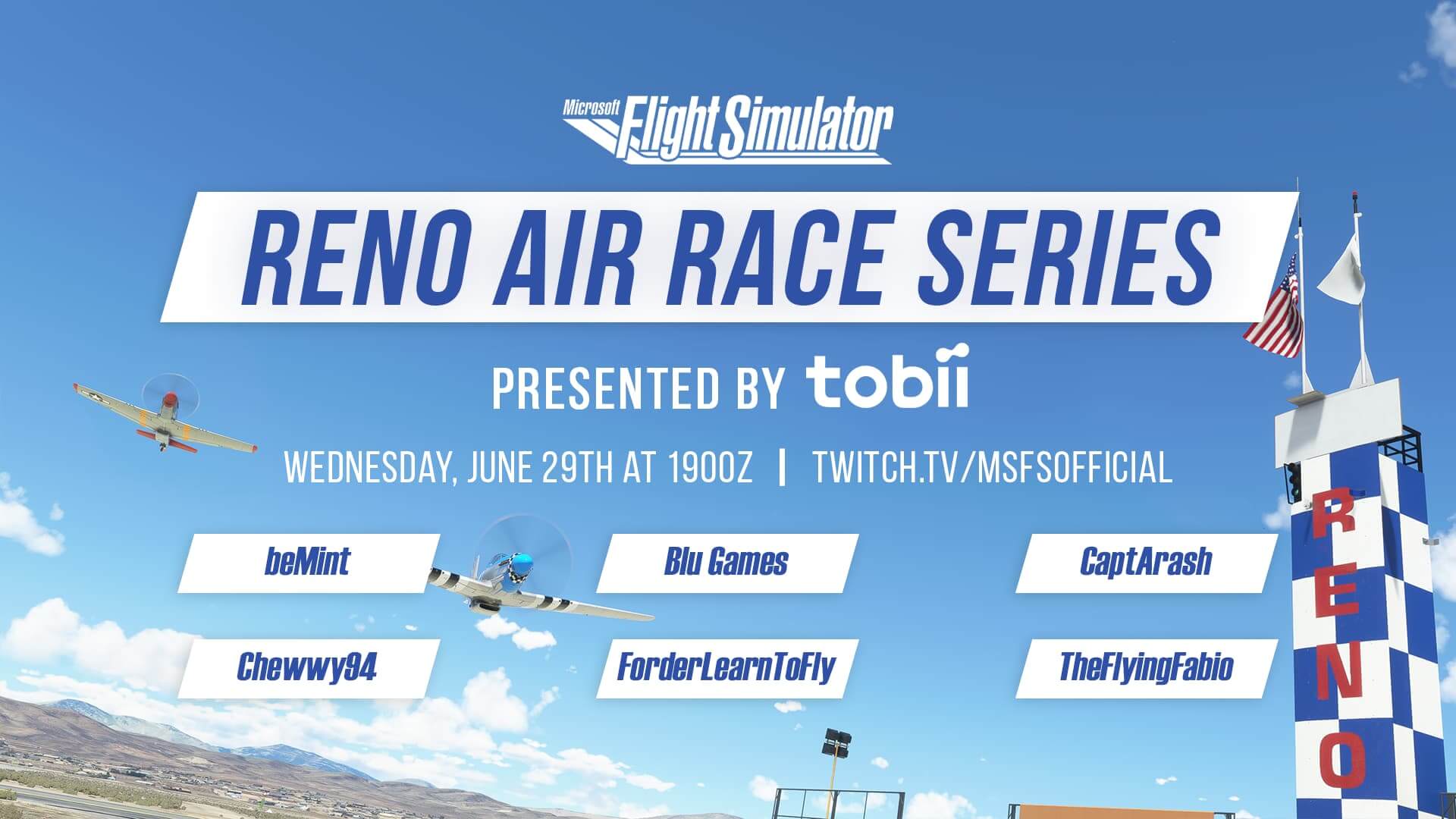 YouTuber PracticallyGeek recently uploaded this stunning cinematic video showcasing a variety of planes and locations from all around the world. Check out this gorgeous video, titled ”Destinations” below! 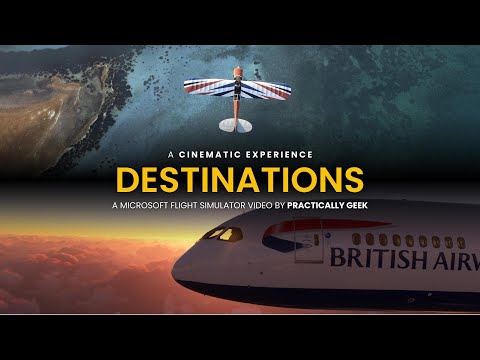 You can submit your screenshot via Twitter with #MSFSchallenge or the Weekly Forum Post ! This week’s screenshot challenge: Ecosystems - Deserts

This past week our Screenshot Challenge was “United Screenshots of America”. Here are this week’s runner ups: 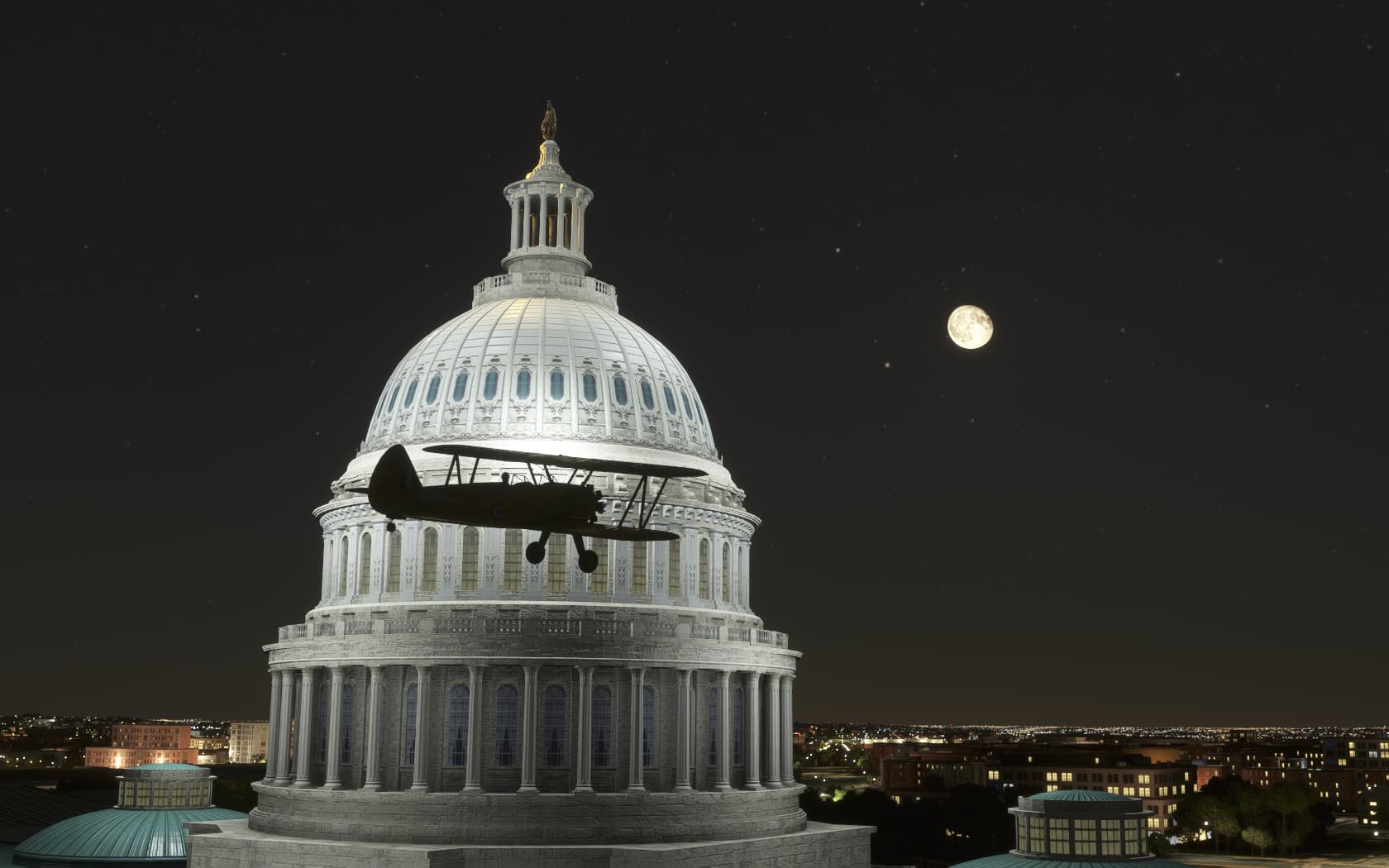 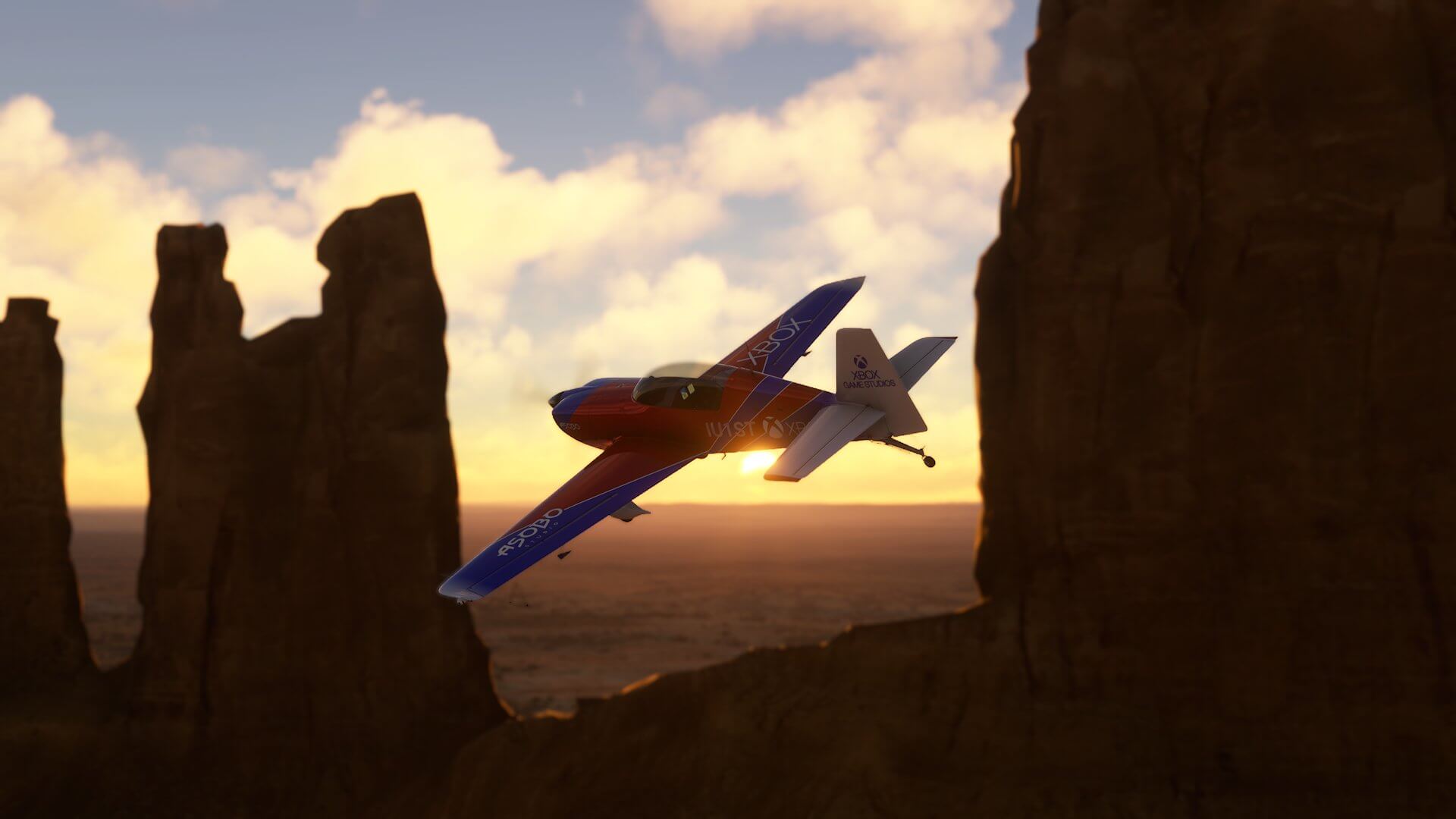 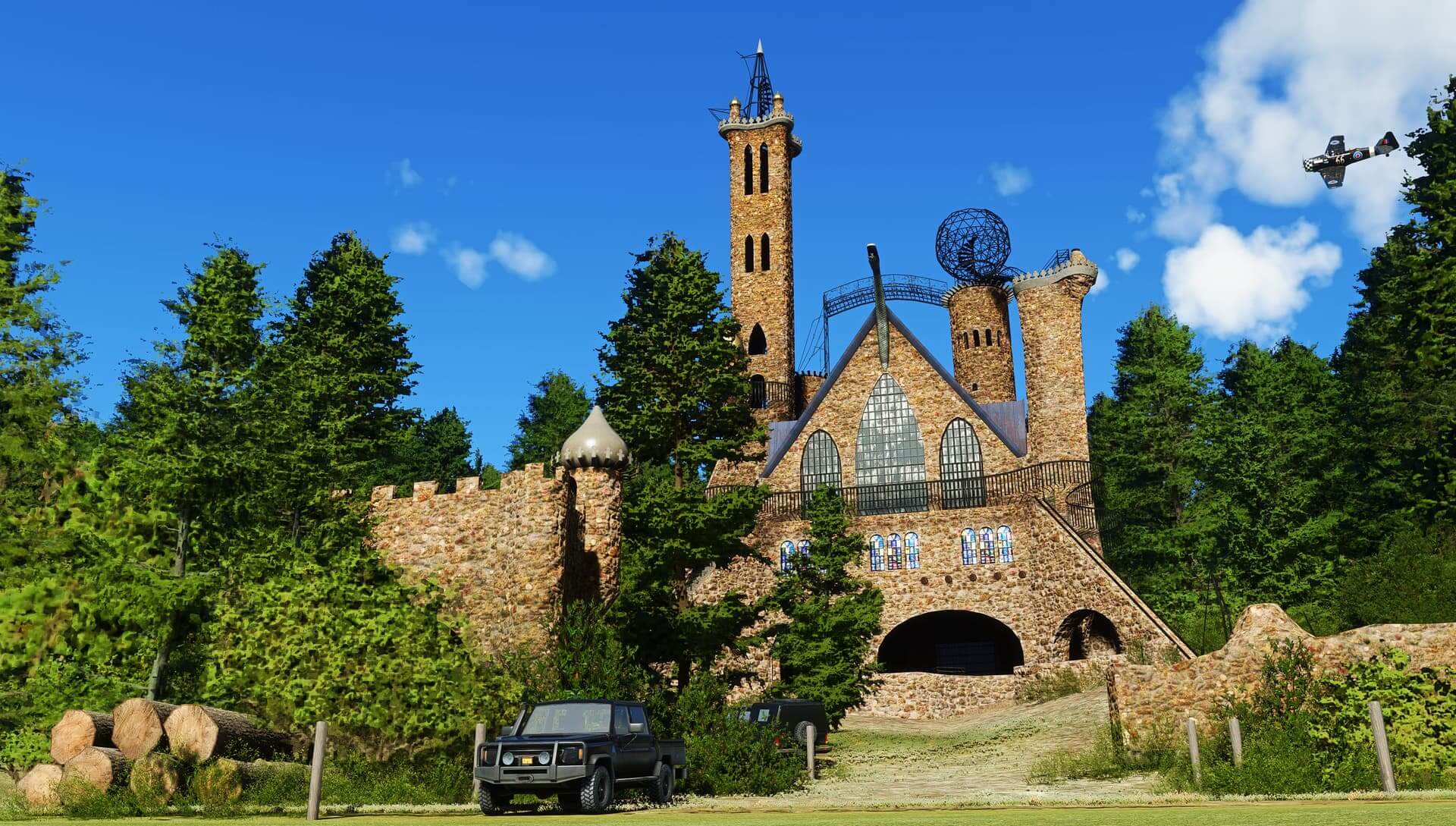 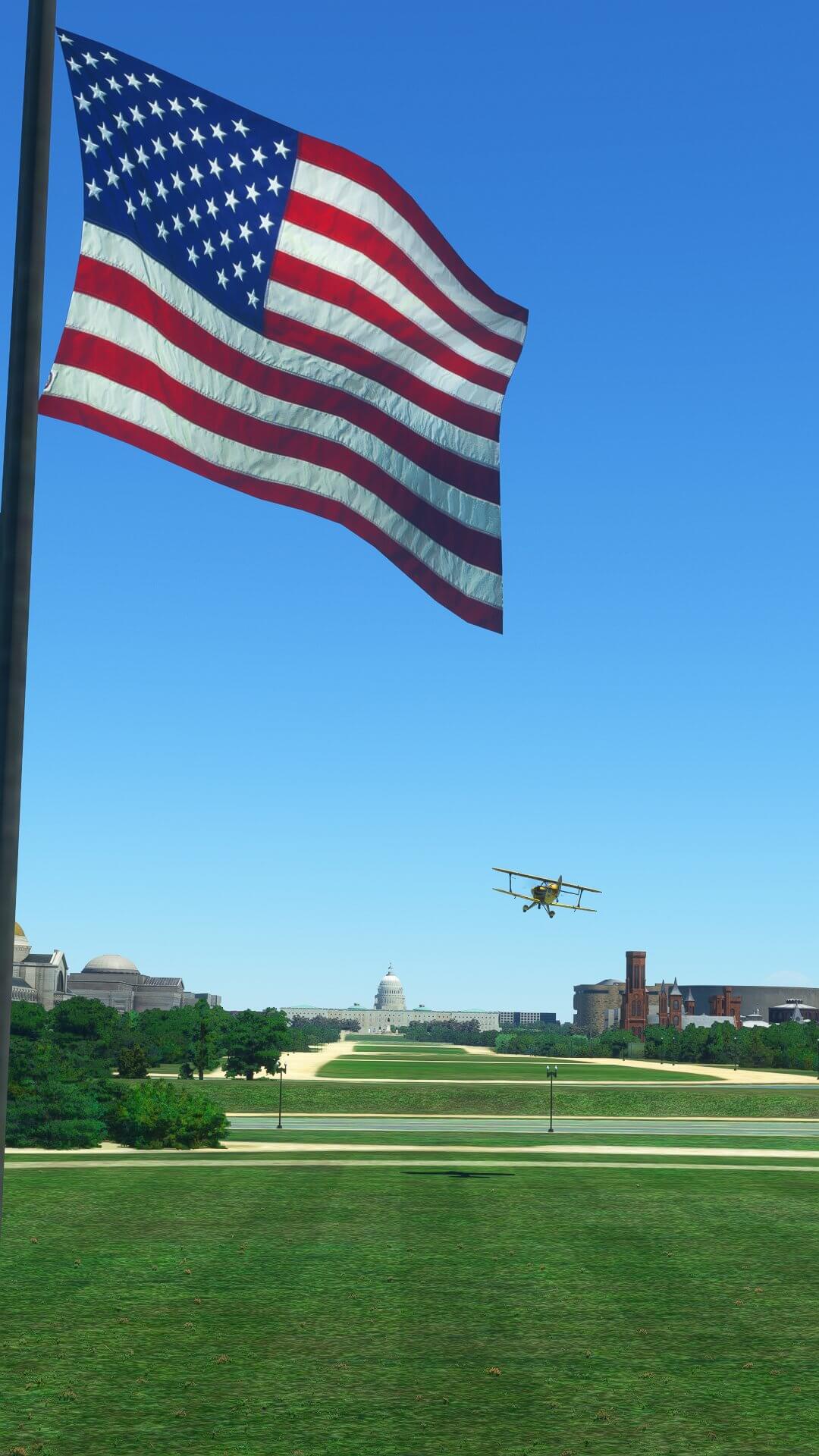 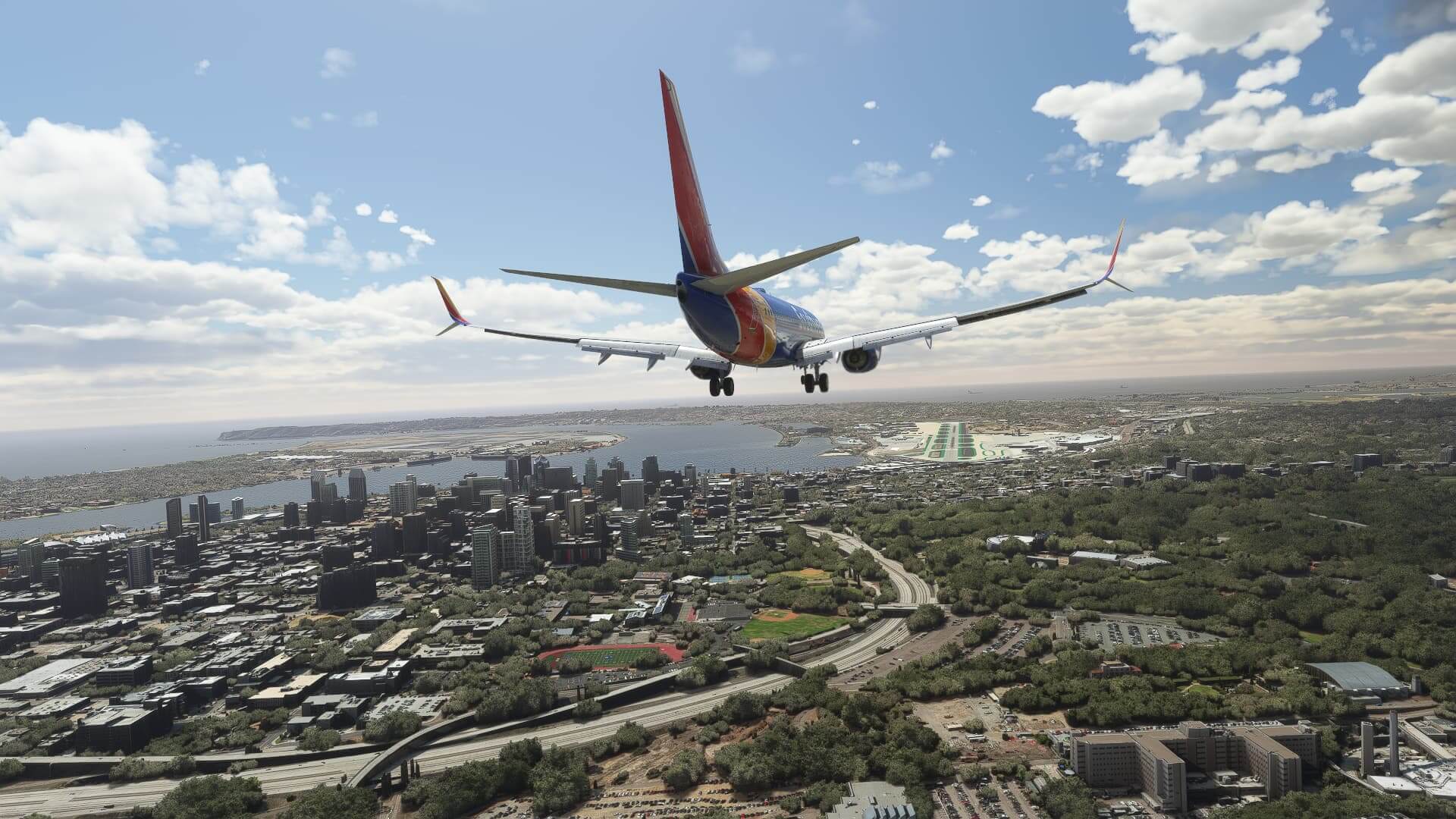 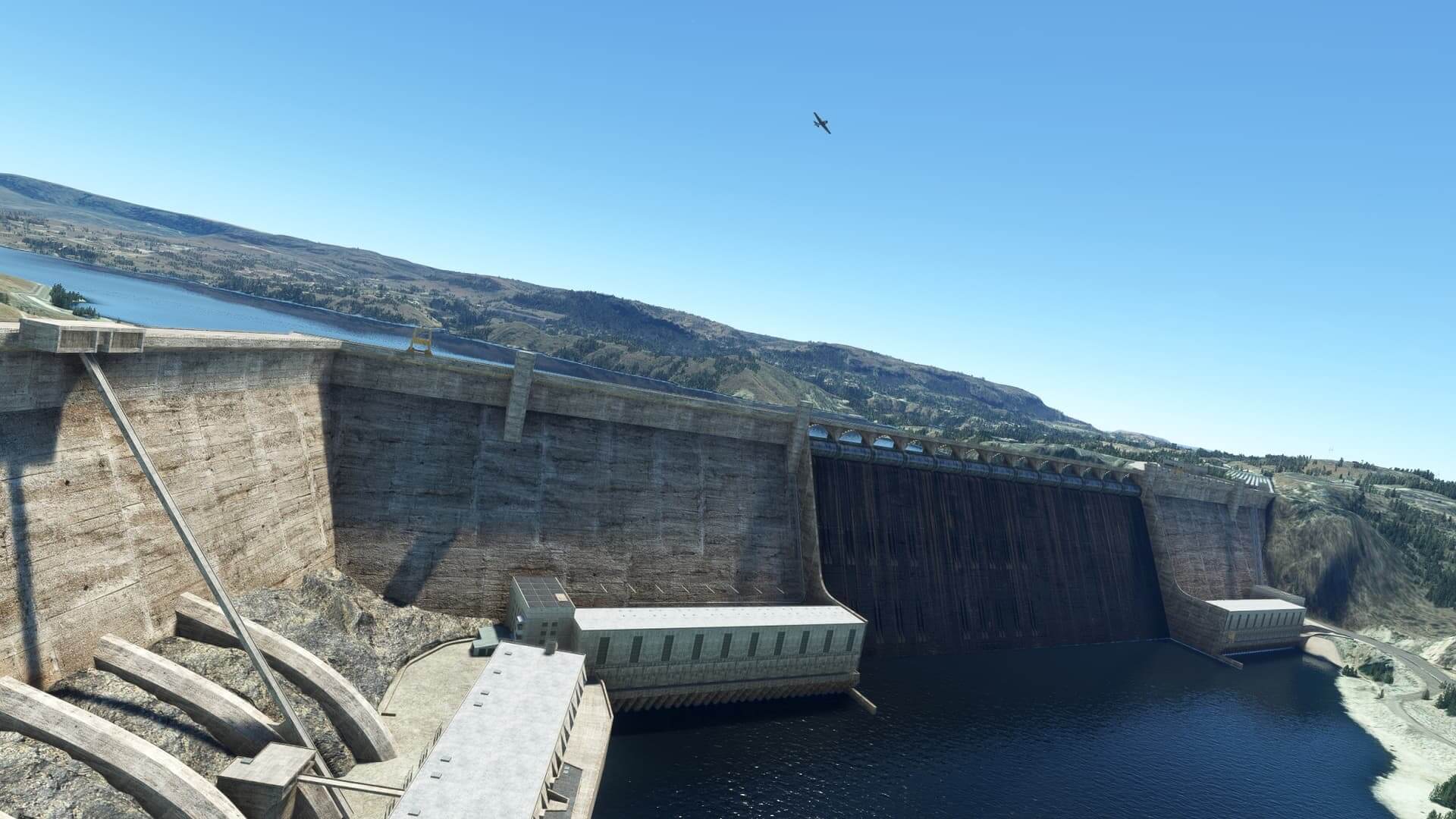 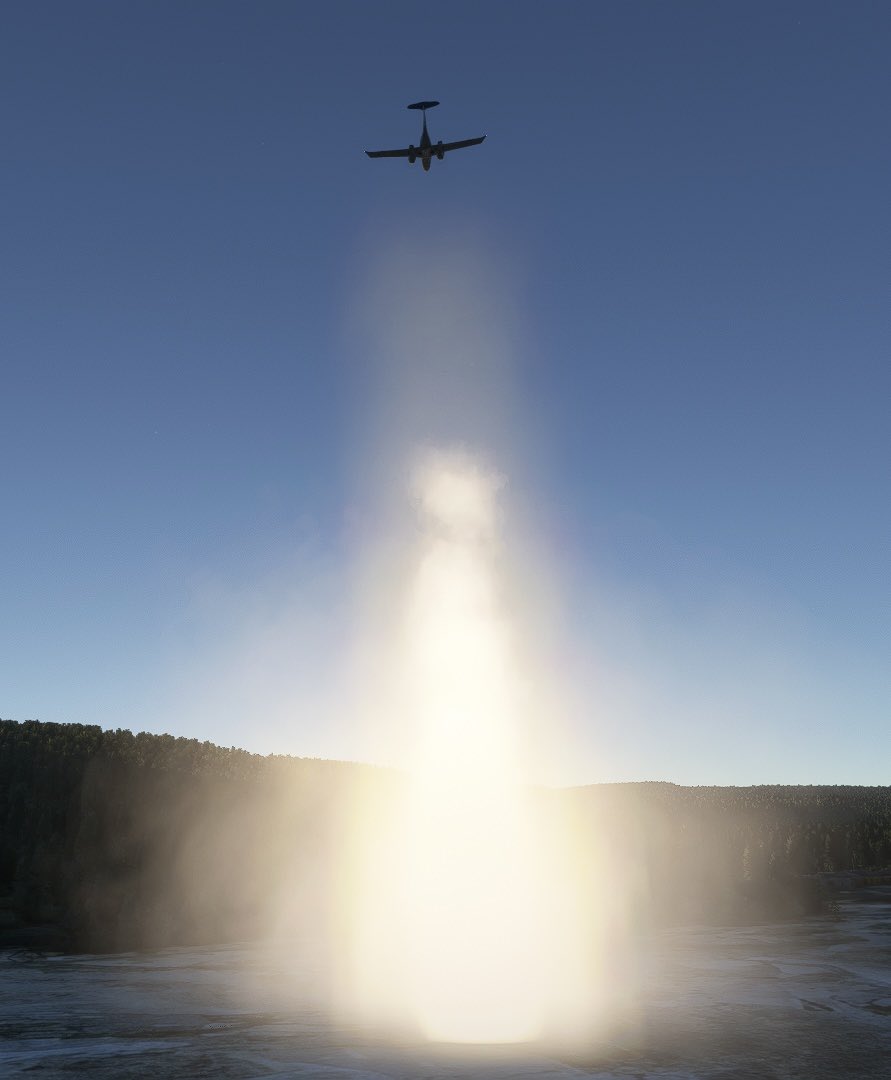 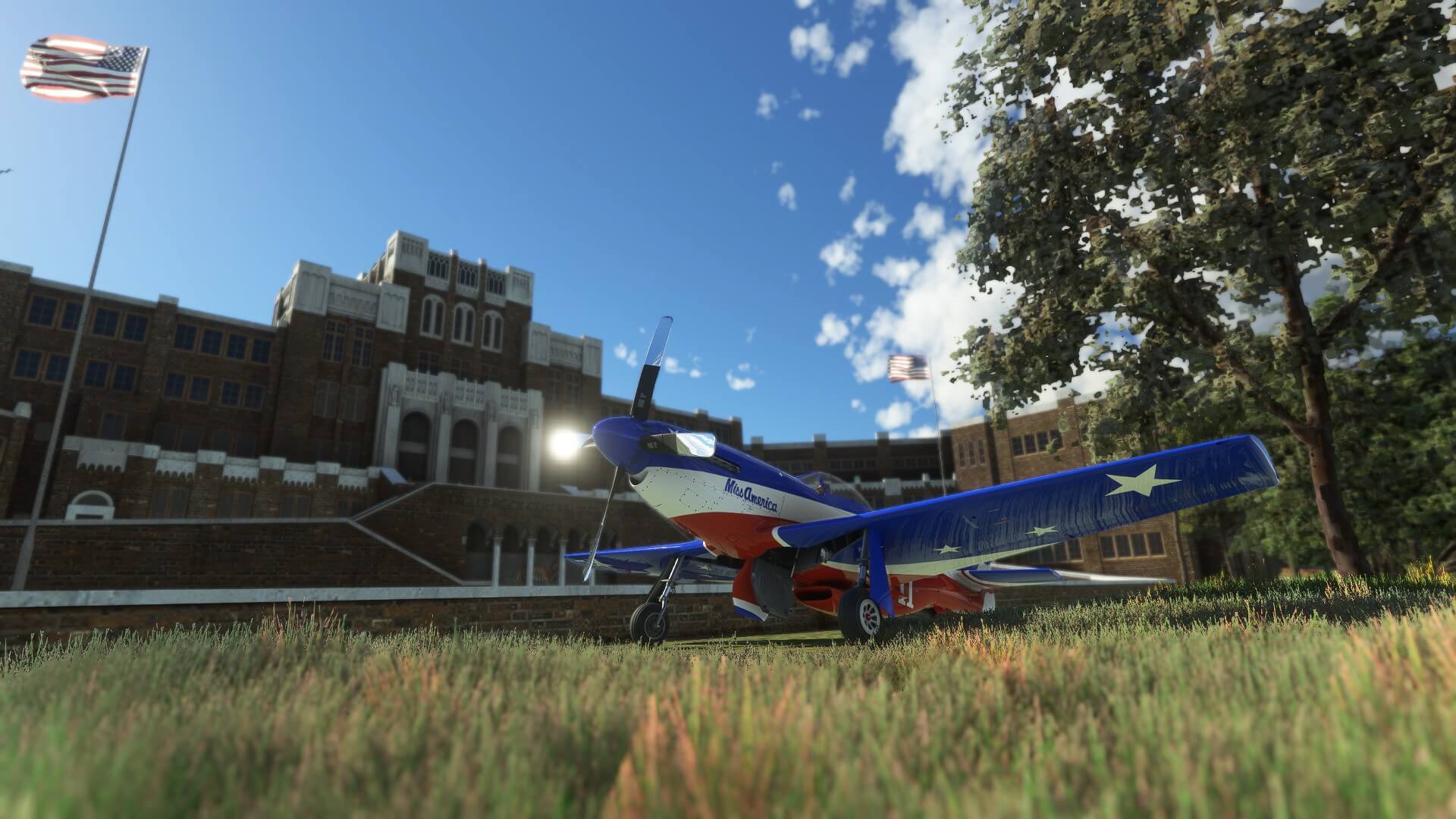