Unfortunately with the latest patch this issue is also extremely prominent in many coastlines. Probably due to the workaround for the water creeping up, which makes them steeper.

This is in Out Skerries, one of the highlighted areas of the UK World Update. It gets so bad that in some places you get floating trees or buildings until the mesh is loaded more properly.

It really is getting worse and worse isn’t it! I took a flight along the Pembrokeshire coast and eventually gave up as there was significant popping like this.

I’ve just edited the title of this post to now include coastlines.

It’s more and more a game. No sim worth it’s salt would behave like this.

What a fiasco and an immersion killer. So distracting and takes away any enjoyment.

Totally agree! It really ruins the whole experience. Doesn’t seem to matter where you fly around the globe but definitely more noticeable in mountains where I enjoy flying. Haven’t seen any spikes since the last update which is great but I figured this would have been corrected at the same time. Flying at high altitude over oceans to avoid is not very “immersive”. I guess it’s back to the waiting game but very disappointed this hasn’t been resolved yet. Seems worse than ever. The stutters have disappeared for me at least and I can even increase settings a bit more when flying low in cities. Can’t adjust my way out of the popup terrain though.

My guess is that the original LOD algorithm was not suitable for high precision DEM data which was added gradually in each world update. They need to update their algorithm.

Dont think that the reason.

It happens everywhere, even in the driest corners of baja california.

But, of course, they need to improve their terrain algorithms. This popping landscapes are one of the most annoying (visual) features in the sim. As well as I understand the intention as bad I feel about the implementation.

And, as investigated by CptLucky8 here: LOD Problems - Distances revisited, the LOD model was changed in the past to the bad (imho all that subtle and quiet “optimization” happens to make the sim squeezeable into the xbox with their poor outdated specs, but, of course, that is just a unprofessional naive guess based on my observations).

That leads massively to this behaviors as an LOD of 2 now represent an “real” LOD of only 1.4 so this popping now happens much closer to you and is therefore much more noticeable.

But, as always, I would like to be taught otherwise.

Today decided to turn off the Bing data as I had enough morphing mountains (you know, rest a bit -at least for a flight) and because I had a lot low res data, when Bing failed. First pic when the area was in my LOD radius, the second when it reverted back to auto gen -looks better, isn’t? So I was like give a shot. It went good for a while, mountains and terrain get loaded once and stayed like that (still looked good), but I noticed a very sharp line at the LOD’s edge and more and more washed textures…(3rd pic). So here I am again with mountainJAM as BING is on… 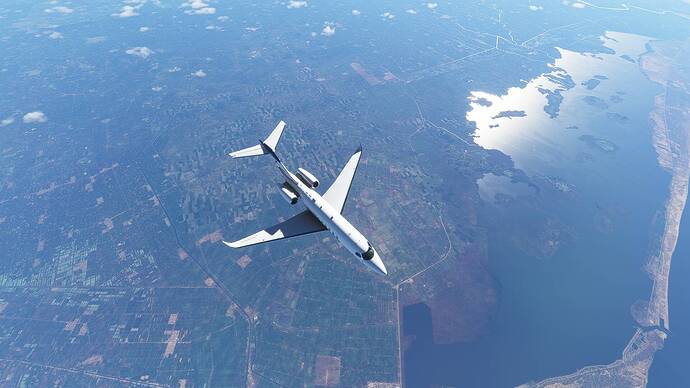 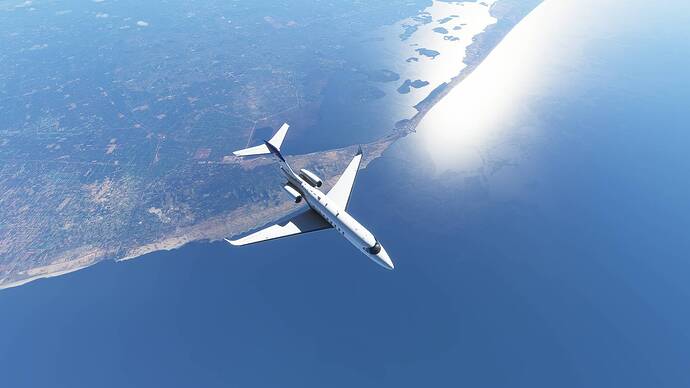 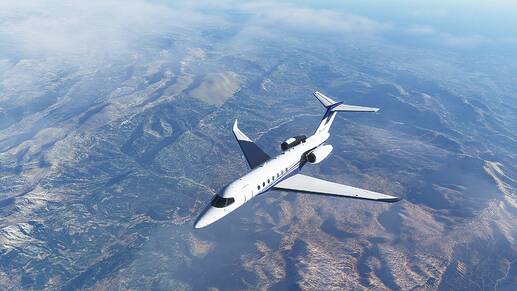 It seems that terrain morphing is gone with the last update, I had a flight over the Alps, around Como lake and the mountains where perfect. That seems to be a good news.
The next step is to cancel those small rivers on slope (none of them visible in real life) that ruin the effect.
I saw that they did it in Scotland, it would be nice to do it everywhere as they are totally useless.

Thanks for the update, I’ll also check out my test area (Austrian Alps) tomorrow and feedback.

I just tested my usual Glacier Park location and sadly the morphing seems to be exactly the same.

Yes same for me. Little or no improvement.

I’ll check again, and make some screenshots.
All my settings are on ultra.

Unfortunately I am still seeing significant popping and morphing of the mountains near Innsbruck heading out towards Zurich. Also on Ultra settings in 1080p with a 2080 graphics card at a solid 40ish FPS.

I’ve checked and yes, there is still some morphing but nothing to be compare to what it was before.

It is much more progressive.

By the way, the ugly rivers on slope are clearly visible on the first shot. Terrible.

I have noticed this big difference of LOD because I use the “tree distance draw” mod.

Before the update, the trees and terrain LOD were different, and the trees were on top of the max LOD of the terrain, literally floating in the air. I had to go remarkably close to the mountain to see, with max LOD for the terrain, everything in place.

This is not true anymore.

I didn’t’ take any shot of this (and I can’t take some anymore) so here’s a little diagram for explain it:

Did you update the tree distance mod? In your first screenshot the trees should have been drawn if using the mod.

No I didn’t, I didn’t know there was already an update.
I’ve dowload the mod a few days ago.

Enlarge the first shot, the trees are there, and a lot of them.

I upgraded the mod. Everything is OK using the 40-55 small trees. I was using the old 75-100 small trees to make the screenshots.

No improvements, not a bit