Brief description of the issue:
Doing flights over mountainous terrain, eg. between Innsbruck and Zurich, the mountains are continually popping and changing shape - others have described it as “morphing”. This came into existance after the USA update and has persisted through the UK and now the Nordics update, with the Nordics being the most noticeable and worst. This effect is very off putting as even if you try to ignore it, your eye is drawn to each mountain as it pops into a different shape.

*UPDATE THANKS TO CHAOTICSPLENDID: *
*It appears that these freeware mesh packages (such as this AUSTRIA 10m DEM - High Resolution Terrain Elevation Data from LIDAR Imaging » Microsoft Flight Simulator) are using BGL heightmaps instead of CGL, so it’s not placebo. The LOD is handled in a different way in BGL files which is why there is much less morphing compared to the default mesh.

Here are a couple of videos kindly supplied by Chaotic Splendid highlighting exactly the problem and demonstrating that it is nothing to do with data streaming as suggested in the recent Q/A. Data streaming was OFF for these examples as was TAA. The morphing is happening in the polygon rendering.

Here is another good example:

The problem also persists along coastlines as shown in this video:

Detail steps to reproduce the issue encountered:
Example: Fly over mountains near LOWI (for example) and observe them change shape before your very eyes!

I’m running everything on ultra apart from trees and grass (high) and render scaling at 150. Tried 100 and 200 and still have popping mountains.

PLEASE NOTE: I am not referring to terrain spikes, which have been widely reported and mostly fixed.

I have submitted a bug report.

It’s the terrain geometry getting more complex as you get closer. It’s a similar effect as when you see texture or model “pop in” in some games.

The farther you are from mountainous terrain, the less polygons FS2020 tries to use to save on GPU/CPU resources. I do agree that the effect is too noticeable and sometimes it takes for you to be extremely close to a mountain for the geometry to change, so yeah, it’s badly implemented.

This is something different than what the OP is reporting. This particular issue with spiky terrain popping up and disappearing after the last update has a separate thread. Go and upvote it.

Oh, I get the exact same popping as the OP. I simply added the new spires bug that was introduced.

I noticed that at several places too - several 100 or more ft high towers of land appearing and dissapearing. Despite having the ideal max PC spec I run in ‘high’ not ultra because it is to my taste so it ain’t that.
I might try my previous graphics glitch-cure of switching to Ultra and then back to my preference.

This mountain “morphing” has been driving me crazy. It is the most obvious for me at the Hoover Dam area. Just fly into the canyon and watch the ridiculousness! It is, visually really jarring.

Same. I started noticing a strange “pyramid” in one of Montreal’s suburbs since the update. IRL there’s a rather smooth 500ft hill there, but now the sim shows a very sharp peak with a wide base from a distance. When you get closer it morphs into the proper shape, but it’s hella distracting.

yes I’m getting those sharp points as well, but even without that, my “normal” mountains are forever changing shape and popping in and out.

Here is one example (pre 1.12.13.0) where I was flying back home to Hilo (Hawaii) … and almost on the beach, right ahead of me I can see three gigantic triangles (hills?) … but that area is (and later turns) flat. 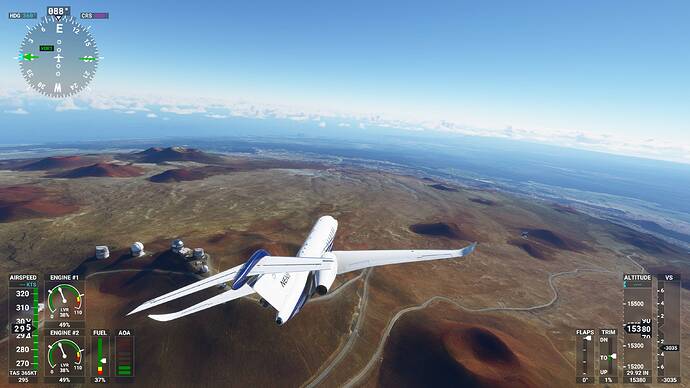 Update: I found that the following discussion is more related to the bug I have seen on Hawaii:

@nenenui. Those are the very same 3 spikes I saw near the beach. As identical as if I had taken that screenshot myself.

Yes, my original post is about your example “a”. Normal mountains continually changing shape.

I am wondering if maybe there is a connection between both issues.

(B) suggests to me that the LOD algorithm can make “extreme mistakes” (turn flat to high mountain) … now if that happens on a hill … it would be as “strange” to watch … but it might even be more frequent and therefore easier to recognize as the interpolation artifacts during the triangle creation step should be more challenging in hilly elevation datasets.

Sadly there is always the unavoidable tradeoff between doing something really fast (high FPS) and doing it “correct” (prevent or minimize visual disturbance).

Is this the same issue you’re experiencing? This is in Glacier Park.

Yes, that’s it. It wasn’t doing this when they first launched the game. It’s so distracting isn’t it.

I really hope this gets fixed - i want finish my film project but the popping is making it really difficult to capture footage.

Yes - noticed that too - and also some places (like near EGPH Edinburgh) we get random flat areas of countryside becoming tall spikes. These dissapear to proper terrain when nearby but ‘grow’ again once more than a mile or so away.
Both it seems are some kind of terrain height data bug that has crept in. somethin presumably to do with LOD values as in roughly right at at distance & refined when closer. hope they can fix that pronto.

Voted. I can confirm the same issue occurring while flying near or over mountains in New Zealand. Observed during a flight from NZNS to NZQN.

I have noticed this issue as well. I did not encounter this, at least not as noticeably, before the latest update.

Same here, since last update. Spires appear in the distance (not mountains or hills) and as you get closer they disappear. I uploaded a video on Youtube to highlight the issue and reported it to Microsoft. Heres the link; Example of spike pop-ups 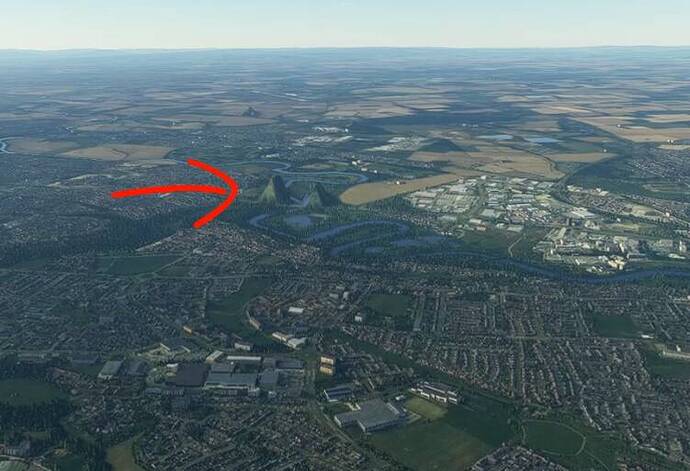