I have seen the same problem.

If I plot a direct course from KNPA to KNEW, for some reason its not as direct as it first appears. 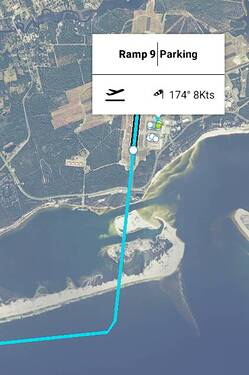 At roughly the mid-point there is a dog leg: 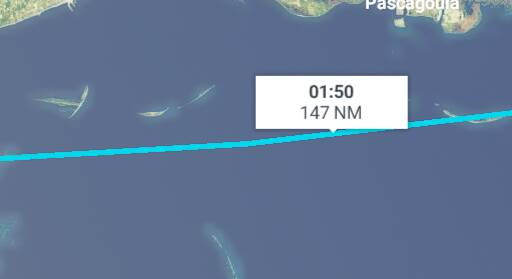 And at the arrival: 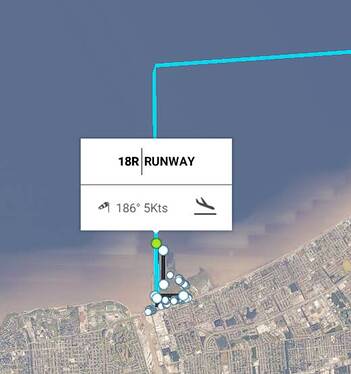 It looks like despite having a direct route, its actually putting in some additional routing for you. If you change the destination runway, the route changes. And it gets worse. If you instead choose a parking spot as your destination, then the routing gets weirder, but only if you choose the spot from the top menu, and not the parking spot on the map. 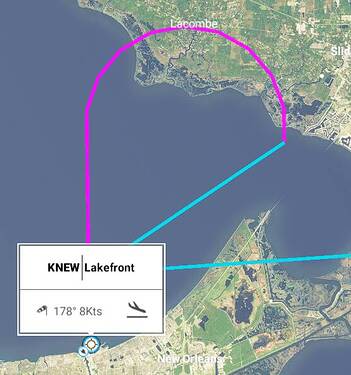 This is all kinds of broken, so I wouldn’t be surprised if this is being exposed to the GPS one little bit.

It actually loaded this as an IFR flight plane, even though on the map it was VFR direct. The plan includes the approach, which presumably got loaded by choosing the parking spot via the top menu. Very weird! 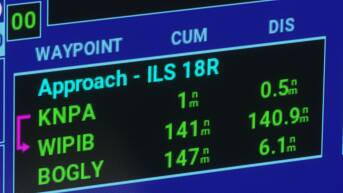 I was hoping to create one of those TIMECLI(IMB) waypoints, but this is just as odd, and unrequested, like an enforced IFR flight, even though the map view clearly has VFR direct.

The way it changes the flight plan based on whether you choose a parking spot from the map, or via the drop-down menu, where the drop down menu seems to insert an IFR approach is doubly odd.

One workaround that I’ve been using for this bug is to import my plans as IFR from LNM even though I’ll be flying it VFR. But when I do this, it automatically chooses an approach for you. So then I’ll select automatic from the dropdown and load the flight plan a second time, which for some reason finally displays the route as I’ve built it without any extra waypoints. This is the only way I’ve been able to fly with a planned route since SU5.

I was watching a Twitch stream on Sunday evening, and they clearly had a waypoint on screen that showed the full name of the waypoint “TIMECLI”, presented as “TIMECLIMB”. It appeared in the world like a POI. I tried to replicate a flight plan that would have that last night, and couldn’t do it, and instead came across what I found in my post above, with the “enforced” VFR as an IFR flight plane, complete with approach procedure I never wanted.

When I did see TIMECLI in the 530, I’m pretty sure it was a VFR direct flight, but I’m not sure what it was. I suspect EGLC to EGLL, as that’s a common test flight I do once a patch has dropped.

When I did see TIMECLI in the 530, I’m pretty sure it was a VFR direct flight, but I’m not sure what it was.

You can give it a try by downloading the flight plan from the fly-in, load it in the world map and without changing anything just press Fly.

[image] We will be hosting an Official Fly-in alongside a group of community members (you!) on Twitch. This is an open event, free to all who would like to fly along with us and available for all skill levels. The goal is to have a great time, explore new locations of the world, and make new friends. This event is open to pilots on both the PC and Xbox platforms. Hosted by @Jummivana, @SeedyL3205, and @Pieter1982NL. When: Friday, August 6 @ 1900Z for two hours. Where: The Official Twitch Ch…

I then loaded it up in LittleNavMap, changed type to IFR, exported as PLN again and loaded it in the world map, all was fine with the flight plan from then on.

Thanks. I missed that so I’ll give it a go this evening.

I have experienced that as well with the last leg as active.

Loading it in as IFR shows the route as it should be, unless it chooses an approach for you. Then change approach to automatic and reload the plan again.

With this option enabled:

You find the “TIMECLI” is present in the world: 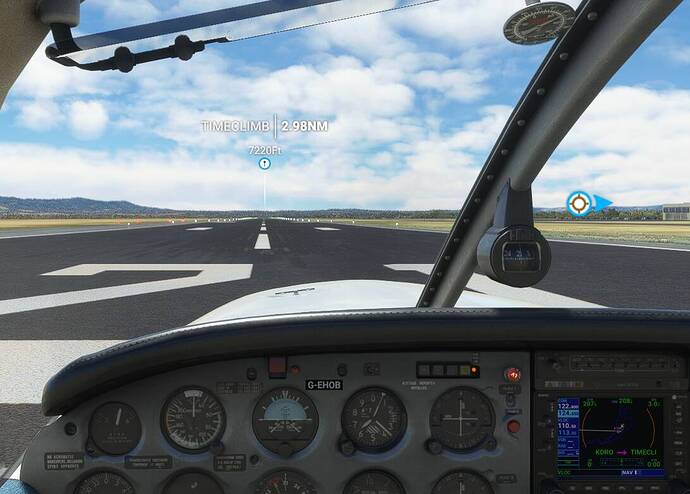 But does not appear in the plan, even though its the next waypoint: 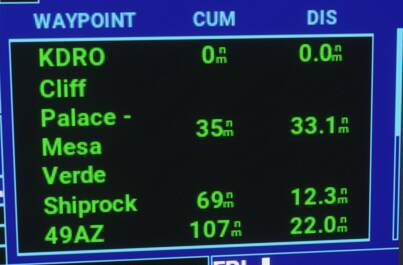 But something called “TIMEVERT” is near the end: 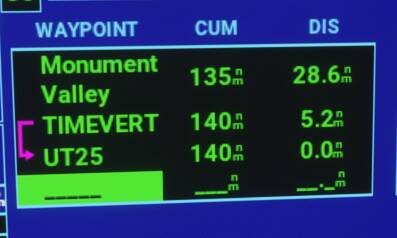 I’ll find out what that is soon I guess.

TIMEVERT is the counterpart of TIMECLIMB, but on the arrival side.
I think the TIMECLIMB is gone since the GNS thinks you’re already on your last leg.

But it’s all messed up as soon as these waypoints appear anywhere. I wouldn’t trust GPS in that situation at all.

I can only guess that these waypoints are some kind of markers for the AI copilot to fly along if you enable it. That’s the only case that would make sense for me (but it wouldn’t make their appearance any better).

Another odd one on the way to 49AZ, “Pattern Entry”:

Definitely sounds like something the AI pilot should see, but not me. They only appear once you have announced landing intentions.

I can even imagine this being a help for pilots flying with aids enabled - with this “tunnel” of squares that you fly through, they probably follow these markers and actually guide you gracefully to the treshold.
I just can’t imagine a scenario where they thought it’s a good idea to make this mandatory for all VFR flights…

Pattern Entry point is normal, well for me anyway, on every flight. It occurs after I’m given joining instructions (VFR) and is the point where ATC want you to join the pattern believe it or not!

I’ve never had any of these markers turned on for me before, and if it wasn’t for this flight planning but I would never have known they existed anywhere except the Nav log on the map screen.

Granted, they are not an issue. But the TIMECLIMB and TIMEVERT are since they are added to the flightplan as real waypoints.

Agreed, it does seem to be a somewhat sloppily put together change, for some reason, and requires more…fettling? Yeah, that sounds right.

Until this afternoon I’d never seen these TIME CLIMB/TIME VERT points - however this was the first occasion for a while where I prepared the flight plan from the world screen. I usually plan in Little Navmap and export to the sim, then follow my route in LNM.
This afternoon switched on the autopilot during the cruise (C172 with G1000) and noticed the aircraft followed the route but offset by about half a mile. going to investigate further on my next flight.

and noticed the aircraft followed the route but offset by about half a mile.

I believe this is another known issue with using the map screen for the plan. You can build it in the GPS itself, or I believe you can create it an external tool like Littlenavmap, then import it into the map screen.

It basically is the same as entering the waypoints manually into the FPN page. Doing that the sim did not create artificial waypoints for me, so that’s fine.

Seems to be an issue with the world map flight planner only.

If you import the plan from Littlenavmap back into the world flight planner, these waypoints will get added automatically unfortunately. There is no way to avoid them

nah happens with imported VFR flight plans also. adds in these waypoints. IFR seems ok so far. If you use the G1000NXi mod from the market place, it ignores these, but I cannot use it coz I get CTDs.

Yep, this has been driving me mad too and have been flying IFR since SU5.

I’ve been doing a flight plan, saving into LNM, then editing and saving back into FS, but before loading I’ve been editing the file and changing ‘VFR’ into ‘IFR’, then when I load it up the flight plan seems fine, although I can’t fly IFR with the bug telling me to fly at the altitude I’m currently at