Bugs and Issues I have found after SU5

Downloaded SU5 + Hotfix. I’m not going to actively use the sim (fly) until the weather bug is fixed but the main issues I can see from just quickly opening the sim are:
World Map:

Sim itself: (loaded in the Caravan)

I flown with the 747 that was more than okay I think. The existing systems are good in the aircraft.

I also tried my fav aircraft the Longitude. That aircraft have a lot of bug

-The little blue “ON” lights are not illuminating on the buttons.
-The Trottle or (PCL) not moving, just stayed in the idle
-The de icing system works partially.
-The starting only worked for me with the cheklist asisstance. Othervise the aircraft didn’t started to me.

Please asobo fix theese…you did amazing thing with the performance update. I still believe in you.

Everything is okay now.
Everyone should update from the content manager, works fine now for me. The longitude is one of the best aircraft in the game.

We only need a working HUD now for the longitude 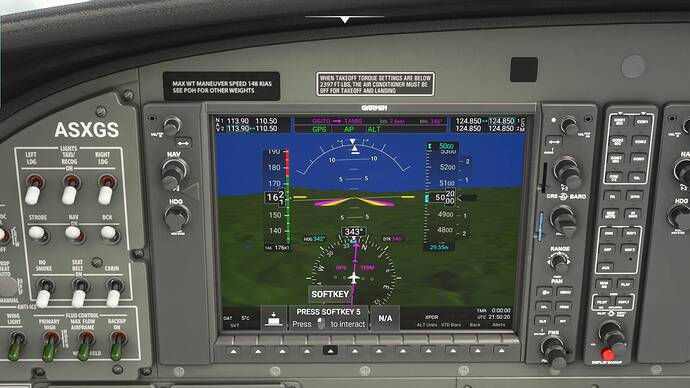 The new tooltips are a desaster and you definetively should be able to deactivate them. They make you totally nervous and, as you see in the screenshot, they cover informations you need to do the right setting.
Here I want to change the OBS marker to GPS, but the information what you have select is covered. What a nonsense!

The blue highliting of the switch is ok and helps aiming the knob in a shaking plane. But without tooltip please!

Same problem for me, I don’t mind the color highlighting but the text tag is too large and covers other controls. Need to be able to toggle this “feature” on and off.

here is one. the clouds look like absolute trash now. I wish we could roll back to pre SU5. they should have made a version specifically for those low spec Xbox consoles than nerfing the PC version

Hello everyone,
as this is more of a discussion rather than a single bug report, I have moved your topic into the #community:general-discussion-feedback category.

Has anybody compiled a list of all the reported bugs in SU5 and possibly the fixes if any?

Helo guys,
I would like to highlight some annoying things about the sim after SU 5 I experienced.
After 2-4 hours in the sim. Suddenly the sim started gave me some kind of crackling poping sound. And with this gave me some stuttering too. I was flying in Hungary and Slovakia. After a sim restart everything is worked properly. The weather was fantastic cloudy, maybe this can cause this stuttering thing?

The Drzewiecki Design Moscow mod still doesn’t work. The sim freezed out when I tried to fly fly from UUDD from parking with a Longitude.

And on the Longitude the Taxi lights are not working. The little buton on the above panel works properly but on the main gear the light doesn’t work.