Can we start a “Concorde improvement mod “ on flightsim.to

We could do with a ongoing improvement mod for this aircraft

A bit early … the plane just came out two days ago.

Could you elaborate please what you mean?

Why does anyone have to answer your questions? Are you a customer of the plane with complaints?

Exactly. It’s been out for all of a day and a half at this point. Looks good, flies well and seemingly right in line with the POH, the systems are nicely complex and will be improved (the vintage INS system Dean is working on implementing from scratch, since the sim doesn’t have anything like that in it to work with …). And as with all of DC/SC Designs planes, the team is heavily involved in the community, listens to feedback and improves things periodically.

No, it’s not PMDG/“study level.” But it’s on par with the majority of payware aircraft for the sim, and better than most in terms of “amount of interesting and fun per dollar” for me.

Rather than starting a mod it’d probably be better to feedback suggestions to DC Designs through the forum, they seem to be listening very carefully and are bending over backwards to please customers, provide support, and make improvements to this.

I think Into the Blue Simulations sums the issues up pretty good: 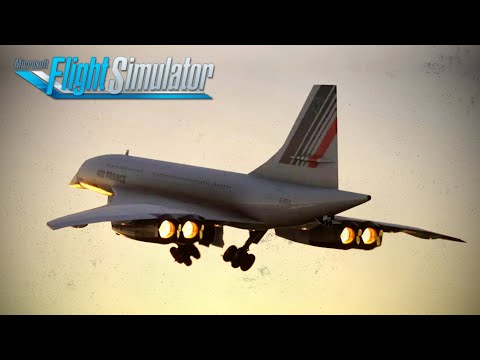 What specific improvements do you want?

What are you going to contribute?

I love the plane , just would like full use of all buttons

So you want it to be full study level? I guess that could be a community project, but it would require an awful lot of work. If you’re going to lead the project, it might be worth it to reach out to DC Designs for their blessing/support. Sounds like a mammoth undertaking TBH.

I agree. Wouldn’t it be better to have the base aircraft from the developer improved first?

it does seems fun and enjoyable though it’s pretty mixed as a review; the AP doesn’t seem to be that reliable and what surprised me the most was the texturing inside and outside that appears to be not top notch

A bit early for this, but actually one of my plans for Concorde is for it to be fully “moddable” up to full study level. This has been part of the project from the start, and why I made sure that every switch, button, dial and knob was functional ( some remain to be added, not many though ).

With everything animated and ready, anybody with the correct knowledge could edit the .XML files with code to engage their systems, initiate failures etc. It would indeed be a lot of work, but essentially possible to create a full-systems-depth Concorde.

I’d give us a little while yet though, we’re already collating reports ready for an initial update in a week or so’s time.

@nikthetrip5023 Textures will also be enhanced, but gradually. This is a million-polygon model, so I’m taking that side of things one step at a time. Performance comes before prettiness otherwise everybody would be screaming about low frame rates instead.

the AP doesn’t seem to be that reliable

In what way is the autopilot not reliable? I found it to work exactly as described provided you used it correctly. Is it possible that users are running into issues with the autopilot because they don’t understand it because it doesn’t work like other aircraft in MSFS?

Yes, that’s pretty much it actually. The MSFS autopilot does have its quirks, and it has been heavily modified to match Concorde’s more closely, but it does work. It seems that glideslopes are what it finds hardest to track accurately but that’s always been the case with flight sim.

in the video reviews you can see the concorde not intercepting the vor radial plus some other quirkyness. Might absolutely be user fault, that’s why i asked. You may want to take a look at the review if you wanna dig more.

Why do you assume that I haven’t watched the reviews? Also, why do you speak as if there is only one review?

chill my man. It’s obvious there are more. Since the man is one of the more professional i was just curious if other users experienced the same. Since you asked what was wrong i assumed you didn’t watch. Easy as that

I think that’s due to the NAV 1 box actually being NAV 1 Standby, something that we have to do for Concorde ( you can only select NAV 1 directly if the standby is switched off, not something that can be done when including the FMC - it’s complicated ). So they think they’re tracking a VOR when in fact they’ve input the stand by frequency.

In the update, I’m labelling the NAV box to STBY so it’s clearer for users what they’re inputting. Should fix that problem.