today my community folder reached more than 200gb of mods in over 974 folders and the game wasnt loading anymore. It got stuck in the update screen at the beginning. Afterwards I tested every of the new mods to find the one causing the issue, but they all worked. Then somehow I thought about a limit of the community folder and deleted a few liveries and everything worked. So i think the limit could be either 1.000 folders or 200 gb.

Did anyone else got this problem?

My MSFS is installed on the D drive but there still are some files on the C drive which also include another community folder. In the future I will try to use this folder for new mods and see if I can have both of them working. But I already emptied my recycle bin so I cant try now…

This is why you should consider using an Community Folder LINKER program, and the you can easily select which profiles you want to use, containing subsets of all those Addons. 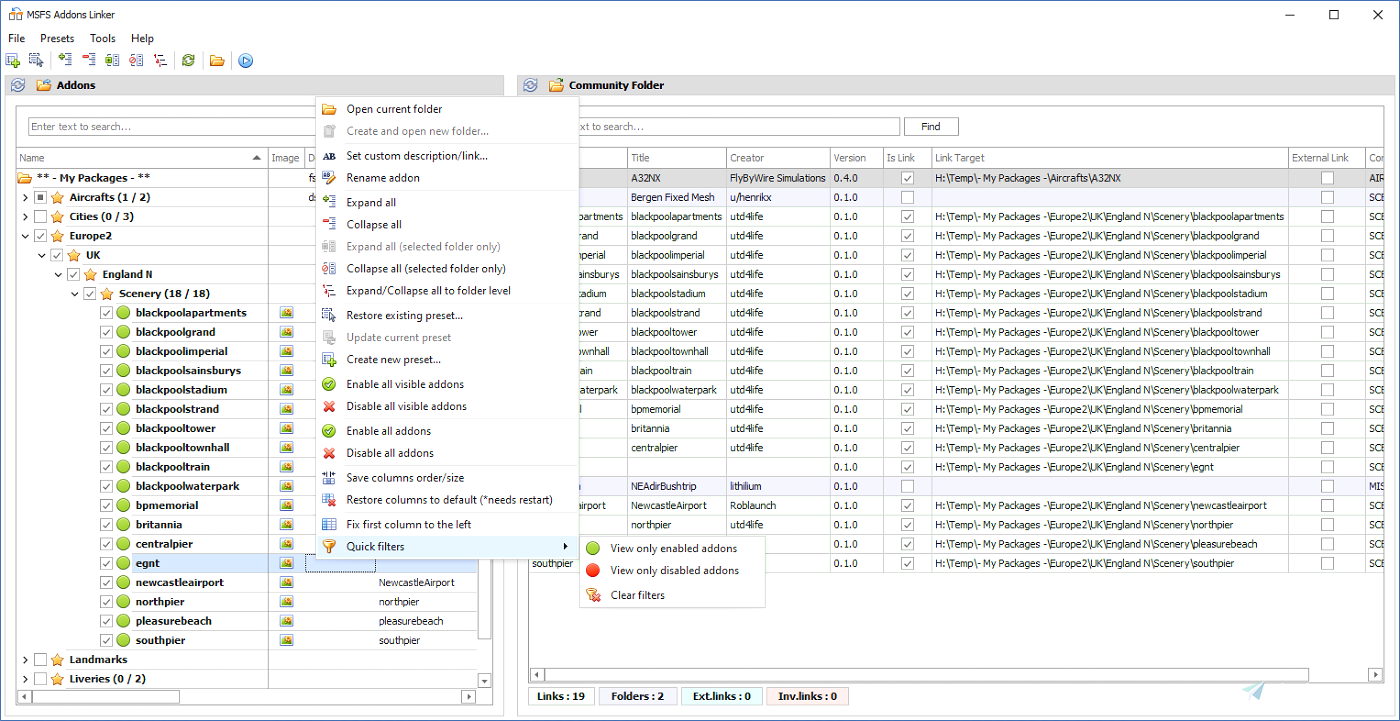 And no wonder why

I don’t think it’s a size issue, I use addons linker, and somehow reached a point where I was having CTDs at the exit of the sim (note: NOT at the exit of a flight). So, this was a small issue overall, but it bugged me enough to clear out some addons.

In my case though, I have the issues mentioned at 400+ addon folders. My sizes have gotten to 500Gb.

I would love to have a definitive statement from Asobo on the limits of the Community folder.

wrong way to test:) it’s not problem of some one folder, it’s problem incompatibility one with some one or more other(s) you can easy found if set folders by date, and remove last then again last step by step, only that’s way, every single can works like swiss watch

I doubt there is a hard limit, but there might be either incompatibility between mods or instability caused by the shear amount of things the sim has to load.
I have 272Gb in mods/dlcs, and while it takes 5 minutes to load the sim, it runs really well afterwards.

The stuck loading really points towards any incompatibility. I have a fraction of your mods and already struggle to keep them up to date. Most of them are deactivated in the addon linker currently but I have seen your issue before.

If you downloaded all your freeware mods from flightsim.to there is a function clicking on your username to see your downloaded addons that have updates available. I get the sheer amount won‘t be fun though.