I had been playing and logged 50 hours without any issues until I stopped playing for a few months, didn’t change anything to my PC and now the game wont even load. It crashes to desktop after showing a black screen and the small loading circle in the bottom right hand corner for 5 seconds and then it closes. I am playing through Steam and have done all the recommended troubleshooting and done a clean install with no luck.

Got the runtime error again out of the blue today after a few successful flights. Just rolling the die when it comes to finishing a flight. I can go days without a crash and then it’ll crash 20 minutes into a flight.

always at about the same position

can you check the Windows Event Viewer ?

In case you see within the error message something like “grammar.pggmod” it points to a map issue at these coords.

I am getting CTDs too since the latest World Update(s). I used to be able to load a flight in my home city and other surrounding areas, not anymore. Same PC / Same settings with and without add-ons

Edit: This is the error I am getting with the CTDs

yep… this is then definitiv a issue with the map and I assume each of us can 100% recreate the CTD at these position. Have you a “specific route” to reach the crarsh-points or coords?

Have you already created a ZenDesk ticket so that “developers” are informed about ?

EDIT:
I tried two times OPOK → OPFA and both times

Not sure about the exact same position. 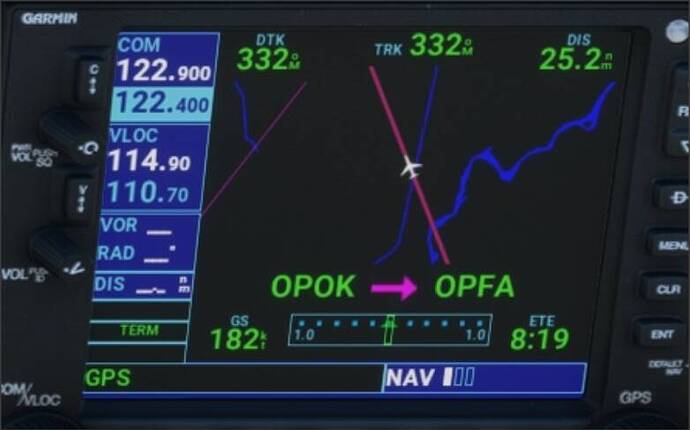 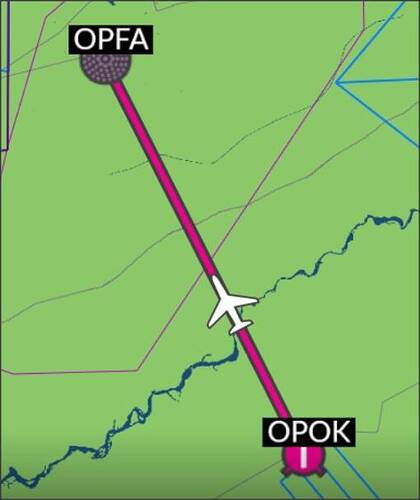 here the issues in event viewer

I think it’s a known bug since last December, and related to Blackshark.ai. Switch the buildings to low in graphics options to avoid the CTD.

When you talk about a December version, is it the version out of memory at the end of December, compatible with VR? Because with this version, I never had a CTD in a period of 2 months. I don’t remember if there were any updates during these 2 months. But all I know is that for 2 months, I played with everything in Ultra, with my RX 6800 XT @ 2700MHz and my Ryzen with a Dark Rock Pro 4 @ 4.3Gz with 0 CTD.

There have been a few areas that cause a CTD, as as mentioned the workaround was to lower autograph quality.

We revisited one such place a few months after it had been reported, and the issue was still there. I don’t know about now though.

At least I realize I’m not alone with the CTD issue. My flight to SBCJ ended each time I tried shortly before or after landing. Annoying though…

I am so sick of screen freezes, with sound still going, and CTDs, I decided to bite the bullet today and uninstall and reinstall MSFS. If this continues with the new install, I think I am going to give up on MSFS. I ran P3D for years with about 3 crashes in the entire time.

Many of us have reinstalled MSFS several times, and we’re all at the same point.
Since update 1.15.7 and even the following ones, I think I must have done 3 or 4 hours of flight (Always ended by CTDs)
I gave up, and I devote my time to something else, even if I always follow the news on the forum, which unfortunately does not bring any hope …

As an update from my side, I must say that since I set up V-Sync enabled and Rolling cache limit to 32Gb , the CTDs are drastically dropped, at the expense of a few fps drop.
Now insted of crashing I’m experimenting huge FPS drops like 50fps to 9-10 in Ultra settings, with an abnormal RAM and page file usage (30 of 32gb ram), and almost all CPU cores and GPU idling.
It’s like that before without VSync in this situation the GPU and CPU go “out of synchronization”.

It is really hopeless. Since I decided to get back to FS my blood pressure has increased drastically. I don’t blame you for giving up. You can’t even fly the sim. I have an empty community folder since the addons don’t work anyway. One minute into a flight - it could be one hour, on the taxiway, in the air, in a plain scenery with only one tree and a shovel, it really doesn’t matter it goes bang! CTD! all your time wasted. I have started asking myself if it is even worth it.

I am now getting them now non stop. Will start removing community mods or my gpu overclock.

Just turn of mp and ctd’s will be gone.

It’s not that simple. There are many sources of CTD’s.

I never have used MP, still had screen freezes and CTDs, the screen freezes getting worse and worse. Just finished a reinstall, going to try and fly it tonight. If this ■■■■ continues, P3D may find itself another customer.

I finally found out the source of a CTD, now i have an issue i have only 10 fps left after a while “limited by CoherentGTDraw” and while troubleshooting that i got another CTD with again completely different symptoms as the last one.

I love this sim but it’s making me crazy now, i’m only fixing isssues instead of flying.