On behalf of the RegDesigns team we are very excited to announce and preview second product for Microsoft Flight Simulator: CYKF - Region of Waterloo International Airport.

Region of Waterloo International Airport is an international airport 1 hour west of Toronto and is the 14th busiest airport in Canada by aircraft movements, according to the latest data, with 118,541 aircraft movements in 2018. It is served by airlines such as WestJet, Sunwing, and in the near future Flair Airlines who announced just a few days ago that they will soon be operating non stop flights from Waterloo to Vancouver, Calgary, Victoria, Edmonton, Halifax and Winnipeg. In addition to commercial traffic, CYKF is a popular general aviation airport and is home to one of the largest and most experienced flight training centers in Canada as well as a couple dozen privately owned hangars. It is also a popular airport for student pilots training elsewhere as well as general aviation pilots to fly to from the Toronto and Southern Ontario area.

Hundreds of hours and lots of love has already gone into this project so far and the scenery is nearly complete with just one section of the airport left to finish followed by detailing and polishing. We are hoping to have it ready for release on simMarket within the next week along with a full feature list.

Feel free to check out our discord server: https://discord.gg/GdQsykru or website: https://www.regdesigns.xyz 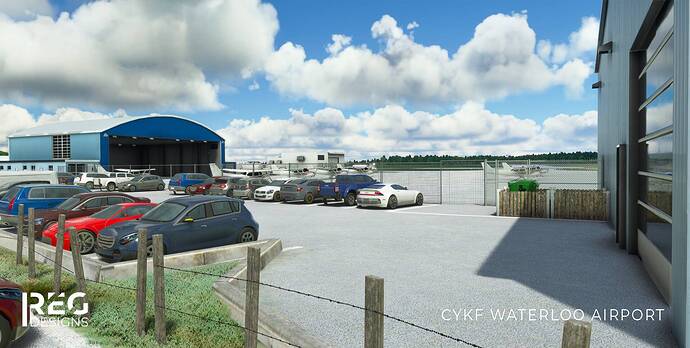 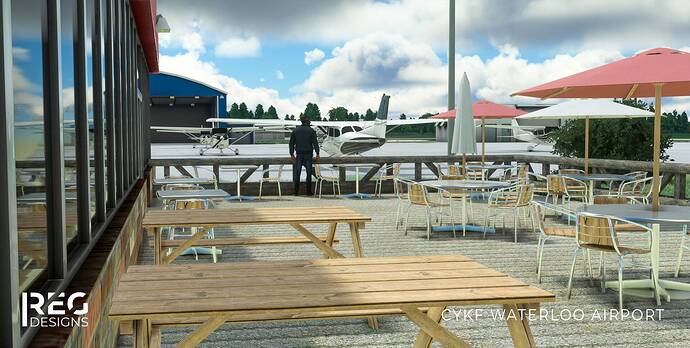 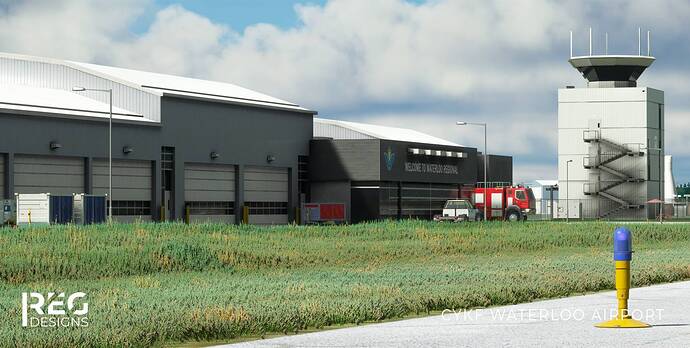 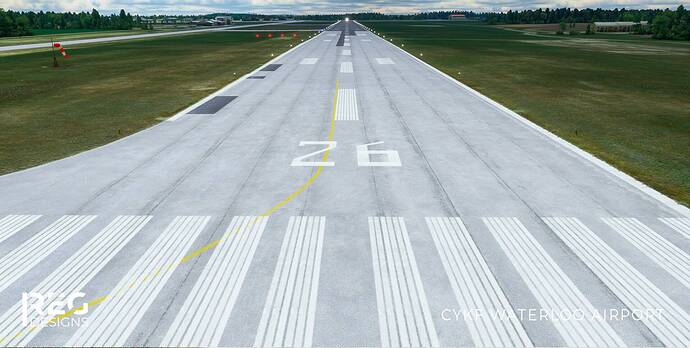 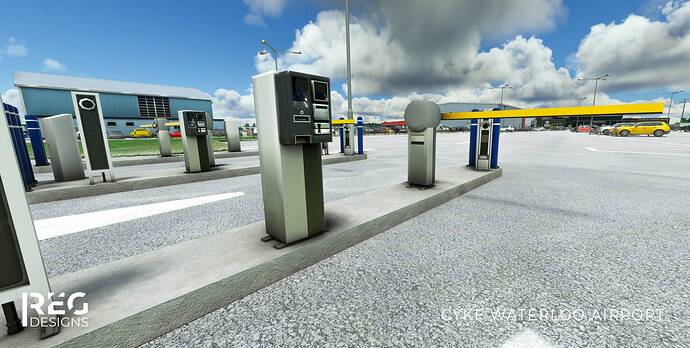 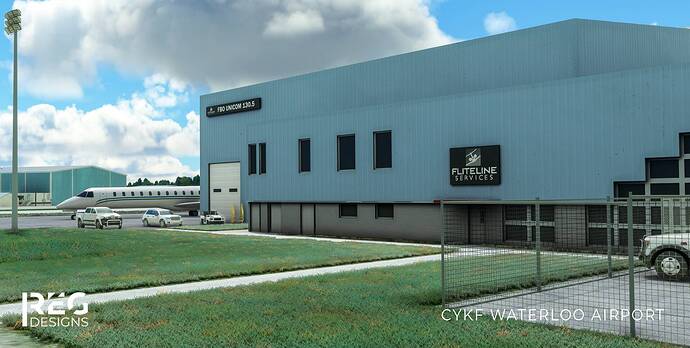 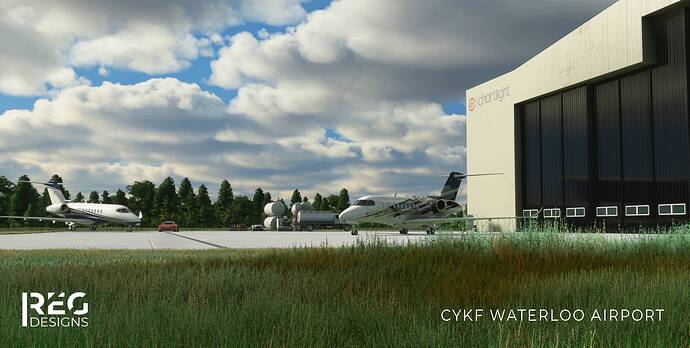 Oh wow my home airport is getting an upgrade…most excellent news thank you !

I like the person on the deck. A few more customers would be even better. (Brings life to an airport)

Its gonna be a big upgrade! We’re really looking forward to making it public soon and we hope you’ll enjoy it as much as we do.

I’ll run the suggestion by with the team, I’m sure its something we can do.

Awesome stuff, it looks really similar to the real one. I’ve been here a couple of times and have a few friends who go to WWFC, a great airport to go to for sure!

Looking forward to it!

Curious what made the folks at Regdesigns decide to do CYKF?

Thanks for your kind words! Its a small world, I got my PPL at CZBA with Spectrum, so naturally I’ve flown here quite a bit too. Our founder goes to WWFC and I know a few more friends who go there as well so we’re really passionate about this project and we’re doing our best to match it to the real airport. It really is a fun airport to fly into.

@Piper9t3 I hope this answers your question as well!

Looking forward to checking this out once it’s released.

Quick update! The scenery has been officially released and it is available via the simmarket store! simMarket: REGDESIGNS - CYKF REGION OF WATERLOO INTERNATIONAL AIRPORT MSFS

Please do CZBA. I flew my training from there too. In the Warrior Oscar Charlie Hotel, then most of the cessna 152s also. Waterloo was one of my solo destinations.