Just landed in Italy.
The latest update is AWESOME!! I don’t know if it’s my imagination but the in flight response of the F14B felt butter smooth.

All - Update 1.0.7 - flew to TO/LDG and tested plane, seems to me easier to get to landing speed of approx. 137KIAS and get nose up for landing. Maybe just getting better. Now need to learn how to navigate it for CC flights. And get any ILS system working. It fly’s better for me, trim is more responsive and just better to fly for me. Great Job DC Designs, CNJ and Dean. Thank you for update. Assume, once new MSFS SU comes out that things might change some, but for new great job. MS71

I read 1.0.7… my version bought at the MS Marketplace is still 1.0.6 without any update option.
Is there a way I can update my tomcat?

Marketplace is always slow to incorporate updated products from 3rd parties. Unfortunately you’ll just have to wait it out. The annoying thing about it is that you don’t know if you’ll be waiting a day, 2 days, or 2 months! I waited almost 3 months for them to update the Stearman last year.

The moral of the story is, don’t buy anything from the marketplace if there are other options available 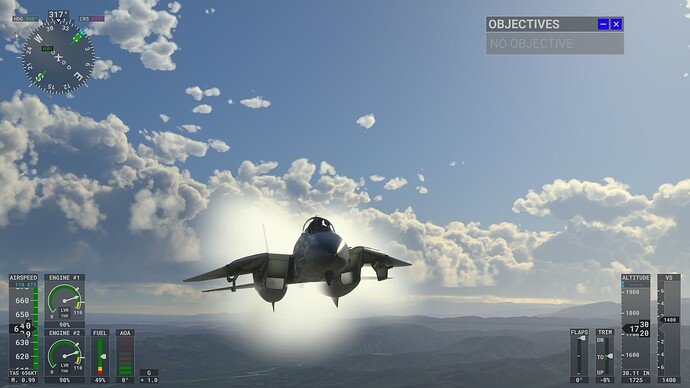 I own F-15, F-14 and the F-16 from DC and SC, personally I really like these planes, but they are too arcadey, at least they could have better modeling, at least external modeling, to make them look just as good as the f-18 Asobo, (which is just as arcadey as these) they are fun YES u a lot, are they realistic? NO, so at least do an external modeling in conditions like many other developers already do, without pixels, without low-quality textures, with rivets without 3D quality, etc.

Thanks to you I managed to hit the glideslope. At least I know which switch to set.
As I approached the airport with caught glideslope I set flaps ( which I actually did not set before) to 50% and as I did so the F-14 lost the grip of the vertical Glideslope indicator.
Another problem is, that the DLC switch seems to be inoperative, at least it does not rest in place when I hit it. It snaps back to its former position everytime I switched it. I tried this with flaps set and landing gear down.
When I set the speedbrakes the DLC spoilers move upwards, but shouldn’t they move when I turn the DLC switch as well?

I think the problem is, that the FS got its limitations.
I know several sims in which the simulated F-14 e.g. is a lot more realistic. And I mean a lot!
In my opinion the outside modelling is really good in DC Designs F-14.
The Asobo jet you mentioned, the F/A-18, feels like a toy compared to the F-14. Just count the number of inoperative buttons in this plane.
I’d like to fly the F/A-18 as well, but I wait for it to get updated what hopefully will happen someday.

Bought most of my planes from the marketplace, feeling a little frustrated now, guess I’ll have to sit and wait it out.
I’d agree, very arcades, but great fun to fly nevertheless.

So what’s the little surprise in the pfd?
I could wait to check myself but being on xbox it could be a while

I think the problem is, that the FS got its limitations.
I know several sims in which the simulated F-14 e.g. is a lot more realistic. And I mean a lot!
In my opinion the outside modelling is really good in DC Designs F-14.

It is not at all about the limitations of MSFS, if anything it is the best sim visually. Look at aircraft like the Fenix A320 or the modeling of JustFlight Hawk T1.

DLC switch seems to be inoperative

“DLC switch seems to be inoperative”
The DLC switch will engage automatically when the landing gear goes down.

“F-14 lost the grip of the vertical Glideslope indicator”

I prefer to hand fly the F14 down to the deck but this is what I do when I wish to use auto pilot to land.

Switch on altitude hold, set it 100 feet below GS, flaps down, gear down before I get near the GS and I never miss it. F14 should be stable before attempting a landing

Note: The F14 had auto approach, not auto landing. This means you have to switch off the AP before landing or it should ( sometimes it will take you all the way down ) break off before touchdown.

I hope this helps.

I think DC Designs did a GREAT!! job. Maybe some air in the front tire. lol

Update: I had to delete this livery. Tomcat starting doing unexspected things. I was hand landing auto pilot off and at the last minute it did a hard bank like if the auto pilot was on. Plus, no longer smooth to fly, I feel like I’m fighting with it.

Update: Reinstalled F14 and everything is back to normal.

Just tried out the update. Looks great. The new textures around the canopy frame are noticeably improved. 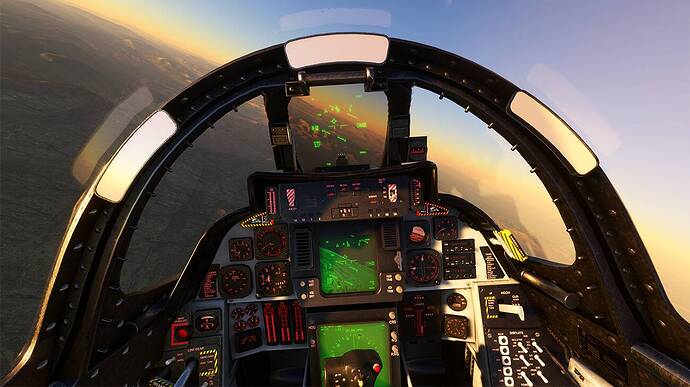 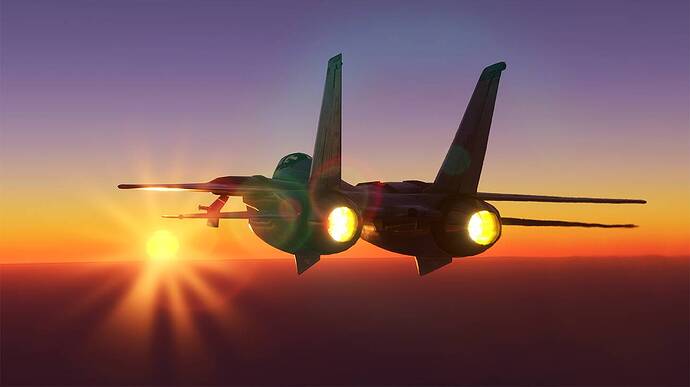 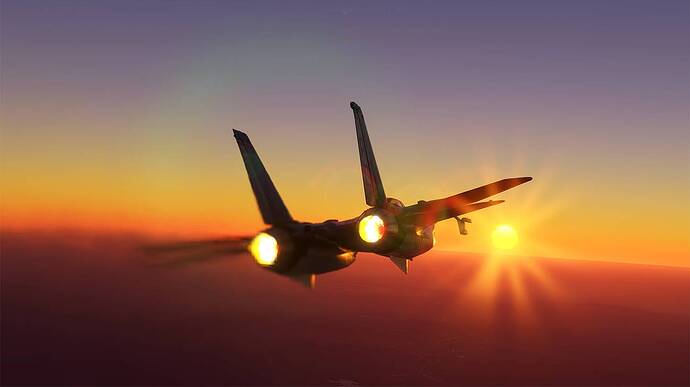 Have you tried the updated F-16? Feels insanely good and eerily real

theres a new f-14 in the marketplace. 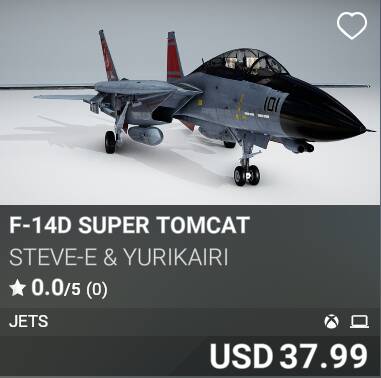 Heatblur announced that they will bring the F-14 Tomcat we all know from DCS to the MS Flight Sim!
Now that’s a news I waited for just as the autopilot of my DC Designs F-14 left me out in the cold again.

Mehh … I already have the DC Designs one