There is a small NavData - AIRAC update, in-game, not from the Client (MS Store / Steam) - 127.64MiB
https://forums.flightsimulator.com/t/small-update-navdata-april/394445

1.15.8.0 hotfix was already released last week though? Not sure why the update page today would indicate that again. I realize there’s new stuff today, but why is the previous hotfix shown again? I’m confused.

AIRAC Cycles have never reflected a version change in MSFS. When there’s changes other than the AIRAC, only “hotfix” is appended.

I think I understand.

I don’t mean to be difficult, but the update screen could be interpreted to include the WASM hotfix today when it was already addressed last week. It is confusing.

Why not just say AIRAC update without mentioning the WASP stuff? I know this is outside of your hands, as a forum moderator.

And under the hotfix, it says:

What it should really say is:

“WASM stand alone modules used in some add-ons were no longer working, but have been fixed.” or along that line.

“WASM stand alone modules used in some add-ons were no longer working, but have been fixed.” or along that line.

I agree with you there!

Did you get an update to Gaming Services? MS Store downloaded one for me (North America)

NOTE: Those in Europe may have a different version as “Gaming Services” are regional.

Yep. Same version as you but was updated two days ago (April 20). NA as well. 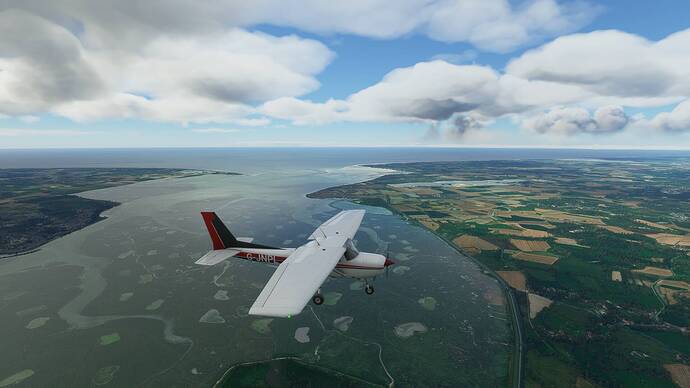 Sounds wrong, if the client has a required update, then it should have a different version number as well as their own set of patchnotes.

Send a zendesk about it. I can’t change the way it’s done as I do not work for Asobo/MS.

The update model for MSFS is not the most enjoyable tool… If an update is available then don’t load MSFS. Force the user to go to the store first before loading MSFS for updates.

I’ve never had an issue before with an update. I did not go into the store first, because I had no idea there was an update.

The update started from inside MSFS, got to the second patch then looped for ten minutes.

I broke out of MSFS, went to the store, downloaded its install, and now inside MSFS it wants to download 34.89Gb. Grrrr… This is not a good way of keeping friendships alive…

Send a zendesk about it.

Same thing here! Waiting for a 34.89 GIB update. There’s got to be a better way!

Just as a fyi…I got this version number of gaming services (in Europe) 7 days ago.

Maybe North America is catching up to EU?

Yes, realy much much better !!

But why is the sea level still so high ? It never happen except for the tide of the century !

Yep! Seems we are the ones behind!

Haven’t we already got updated to 1.15.8.0 last weekend with a patch addressing the WASM issues, which I, to be honest, haven’t got a clue what it is all about ?

There is something wrong with the communication for this update. When we release a milestone, we always update version number. I believe this update should be incremented to 1.15.8.1.

Each point of a release should be a degree of complexity. The leading number should be major version. It would include major design changes or using a new methodology that requires a rebuild of the entire program(s).

The second number should be major changes to that version including major functionality, bug fixes, and/or graphics updates.

The third digit should be minor bug fixes and the above improvements and added functionality or graphics improvements of the second digit.

The forth digit should be for hot fixes to the second digit that are a must have to fix important features (bugs impacted by changes).

I am updating MSFS now. It appears that they are keeping the 1.15.8.0 release number. In my company, we would include the notes for anyone who is currently updating from the prior release 1.15.7 since this “hotfix” may only include the revised AIRAC data (and a watermask).

We’ll see when it finishes.