I have less fps in the game menu since the update. 22 fps and screen flickering, not that great.

Anyone else having connection issues just with FS?

hmz… I think there might be:
[REPORTED] Anyone else getting a Connection lost? - Community / General Discussion - Microsoft Flight Simulator Forums

Yup, not just me then!
Teething issues.
Once again thanks.

How do you continue to fly ?
If I try I just get redirected to the Microsoft Store and then update then nothing as no connection.

Think it might be cached memory.
Did Manchester to Heathrow, around London and around Blackpool but these are flights I did whilst I had a connection last night.
If it’s not that then I don’t have a clue

I do get a crash to desktop, I do not know if that is related to REX weather force 2020, is anyone else experiencing this issue

If it’s a repeatable crash, try without REX to see if the problem goes away. 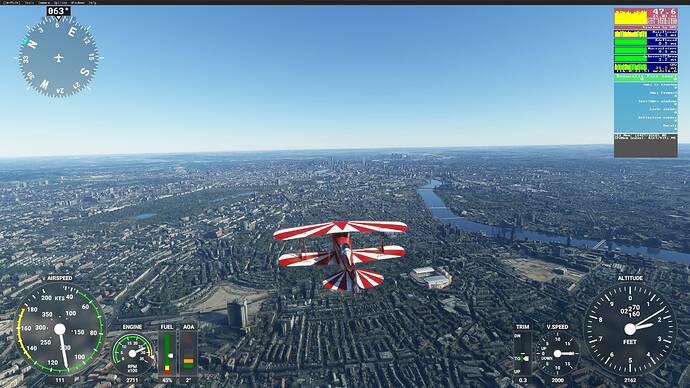 As this screenshot shows, on a mix of high / ultra settings, using a Ryzen 9 3900X and 2080ti (32gb Ram), London is absolutely fine since the update. Some melty buildings but that’s the case everywhere. I think generally it looks and works great. (1440 resolution)

Still too many trees.!
After update: 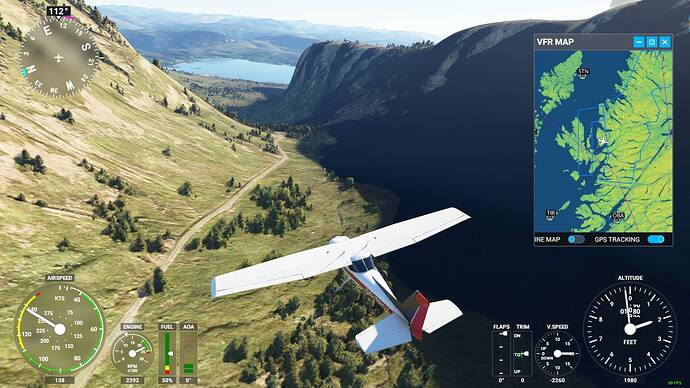 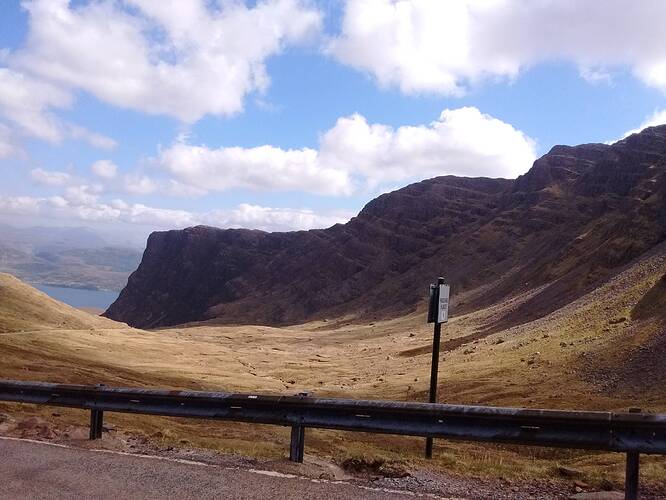 Yep, tried flying from London City in VR. Maximum 20ish fps, when over the city centre it was in the teens.

Flying over Bristol was buttery smooth.

I’m guessing its my GPU memory being maxed out, same issue I get at Paris CDG, will monitor it later and confirm.

HMS Belfast being reincarnated as two super yachts made me laugh, too.

You can tell that is the autogen.
The AI has presented the rocks as trees, and the stream as a road.
It sees the bumps and dips in the Bing terrain data, but translates it incorrectly.
That is one of the bigger growing pain problems associated with this method of scenery.

I have not checked yet, but there are a few of my sceneries I need to look at with the added POI. I will be checking these soon and add update patches where need be

In case anyone missed this, it’s in relation to World Update 3. Please vote if you have experienced the same!

If you are experiencing this issue, please vote I don’t know what’s happened in World Update 3 but the physics seem to be all over the place. I’ve only thoroughly tested the C208 and the TBM so far, but they are taking off at crazy low speeds. Landing them is extremely hard, they’re floating along above the ground at speeds they should be stalling at. Here’s a video of the TBM at St Barts. As you can see from the gauges, I’m pretty much throttle idle all the time. Not only does it float the wh…

Does anyone else have this issue?
When I fly NEXT TO the modeled cliffs of dover I see the cliffs morphing like in the example below.
Is this still the LOD issue?
Interestingly when you are close to the cliffs it seems to model it perfectly. 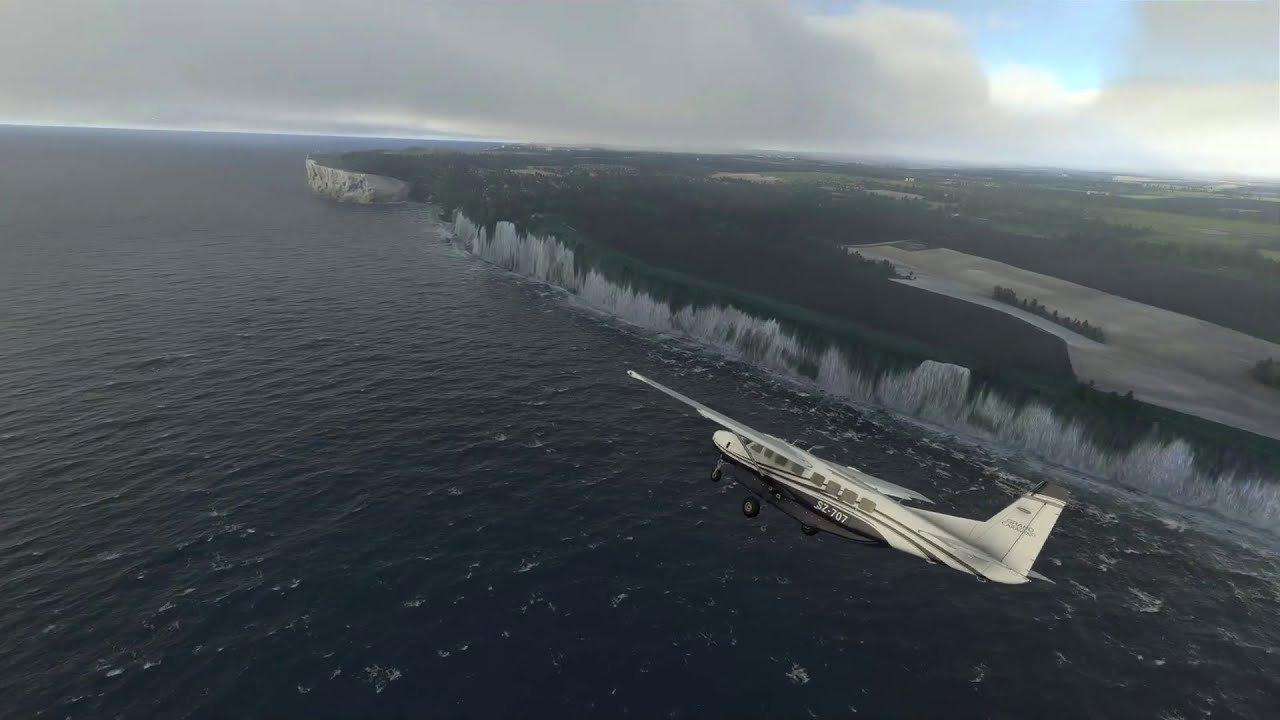 I did a quick comparison between London and New York, and the latter appears to have had a much higher level of processing done to the photogrammetry.

This is really evident in the skyscrapers which clearly aren’t custom models but are large enough to stand out. Turning on the wireframe rendering in dev mode shows relatively clean geo for these sort of buildings in NY, but you don’t even need to do that to see the London ones are triangle soup. This also means the geometry is much more dense, and performance seems to suffer accordingly.

I tried yesterday after update with A32nx custom mod version and The aircraft toke off at 100 knots, 35, knots below V2.
Hope We will get a fix soon .
But I’m happy to see pixelated clouds and coastline glitches are 90% solved.

Can certain POI be removed or deleted ?. I am looking to disable Clifton Suspension Bridge which does not look that good.