Downloaded update from MS store, opened the game, started update, game crashed, and now it says it's impossible to open the game

When I try to open the game

Right after updating my game

With game shut down,
Call up XBox App.
Log out of XBox App
Close Xbox App.
Do same for MSStore.
Restart computer
Start & Log in MSStore.
Start and log in XBox.
Start Sim.

It did not work, it tells me the same thing.

Just as I open the sim, I get a notification to ask me that the Store wants to install something, then it show the message.

Did you go to the store?
Are you are still stuck?

I tried to open the game from the store and from the xbox app, both of them are not working

Have the same issue. It did not require the download on ms store, but it did download the +1gig update. Once it was updated, it just shows a message saying “it’s not possible to open this application”

Happens when trying to open from windows store, xbox app. This is just sad, every update a new issue that locks me out of the sim. It make it tough to work with this. Livery requests waiting in line and i’m once again locked out.

Will your sim start normally?

No, I get a notification that It’s impossible to open the game

Are all your Windows updates installed?

Yes, and so are my GPU drivers

Forgot to mention, the sim also crashed when installing the update. I just assumed it installed it. Since it completed the installation I started getting this message that would not let the sim open.

We have the exact same problem, it crashed while updating too

Go to your sim’s official one store folder…
You should find one or two folders named WU6 or similar
If they are there, remove them and paste them outside the simm structure for safe keeping,
and then try sim again

No folder named WU6 or similar. FSpatch was there and not completely downloaded. Deleted it. No success.

Some airport and aircraft updates named WU6 were there, deleting them did not fix the issue either.

Same thing for me

Here are two checklists.
Do them in order

NOTE ABOUT MINIMUM REQUIREMENTS Microsoft Flight Simulator is developed for Windows 10 Version 1909 or higher. To find out what version is installed on your PC, type "About" in the windows search b...

If you are experiencing any of the following issues: You're still unable to download, install or update the sim after completing the Download & Installation issues (Microsoft Store) Part I - C...

Those checklist didn’t work, I still can’t open the game

How far along do you get before it stops opening?
Are you getting an error message of any kind?

When I try to open the game I get this : 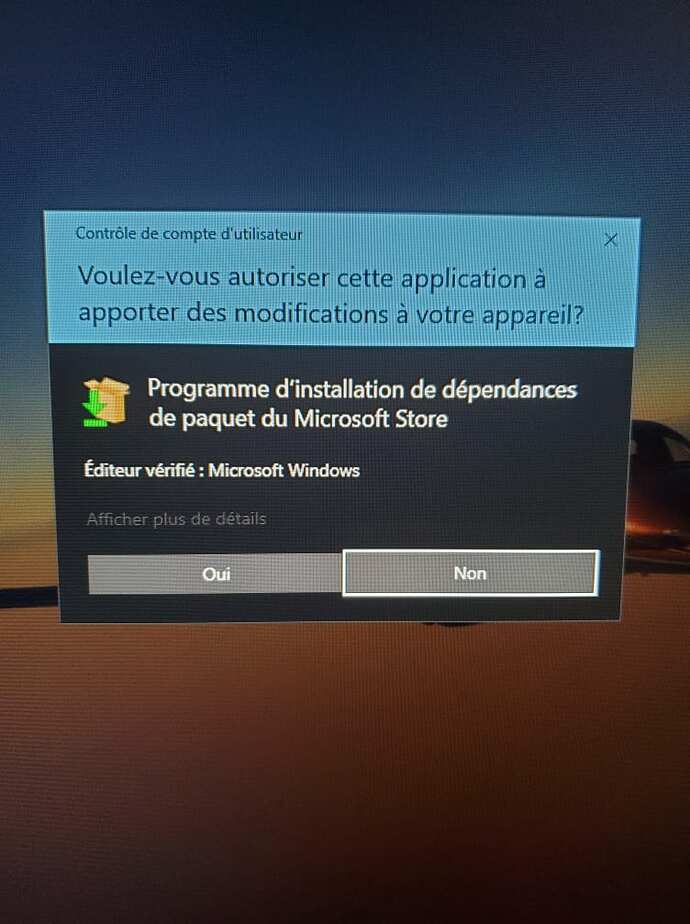 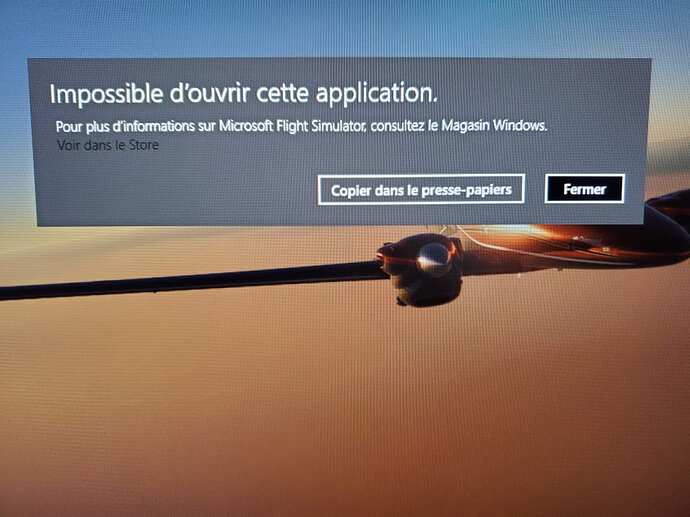