Do you have any add-ons in your Community folder? If yes, please remove and retest before posting.
DONE
Are you using Developer Mode or made changes in it?
NO
Brief description of the issue:
Look at drone camera, slowly, imperceptibly it rolls left. After 10 minutes a ridiculous level of roll (15 - 20 degrees?). I have a PS4 controller hooked up to fly the drone camera but it rolls even when I disconnect it. Sit in cockpit view for 10 minutes, swap to drone camera and it has rolled further in the meantime (no controller attached)
Provide Screenshot(s)/video(s) of the issue encountered:

PC specs for those who want to assist (if not entered in your profile)
n/a
Build Version # when you first started experiencing this issue:
Latest
Are you on the Steam or Microsoft Store version?
MS
Did you submit this to Zendesk? If so, what is your ticket #?
No

Do you have any add-ons in your Community folder? If yes, please remove and retest before posting.
Yes, but removing them doesn’t fix the issue.
Are you using Developer Mode or made changes in it?
Yes, for the Developer camera, but the issue occurs in Drone cam outside of Dev Mode as well.
Brief description of the issue:
While moving the camera using the WASD keys in drone or dev mode, the camera gradually tilts in a counterclockwise direction. This occurs no matter which direction the camera is rotated, but some orientations make it tilt faster.
Provide Screenshot(s)/video(s) of the issue encountered: 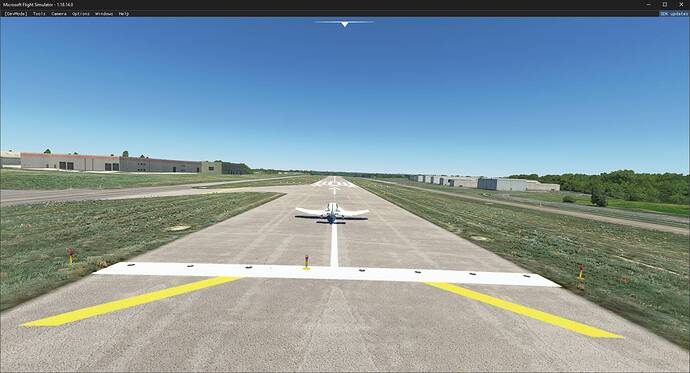 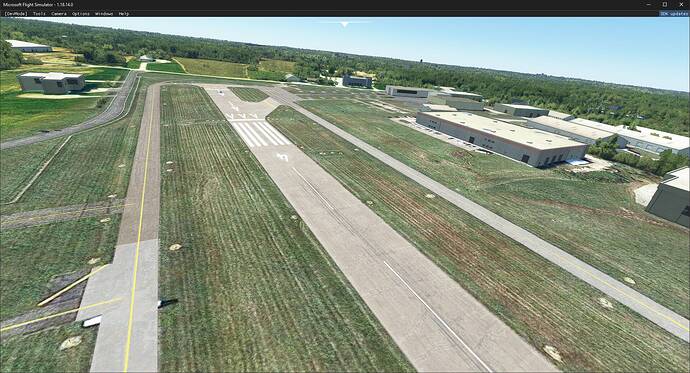 Detail steps to reproduce the issue encountered:
Load into flight. Activate the drone camera OR activate the dev camera. Hit the spacebar to center the camera forward. Tilt the camera down a bit. Use the WASD keys to move the camera around. ← Do this for like 5 minutes, watching the horizon. Notice how the horizon tilts.
Build Version # when you first started experiencing this issue:
SU5 - 1.18.13.0
Are you on the Steam or Microsoft Store version?
Microsoft Store
Did you submit this to Zendesk? If so, what is your ticket #?
Nope

This issue also occurs in this person’s report here: SDK Virtually Unusable after SU5 - #13 by mkvy but I thought I would report it separate because that person seems to be reporting too many things at once.

I can confirm that. It was a bit like that before but after SU5, the effect is far more pronounced. Filbert also mentioned it during his last flight

Yup. Never seen that before, and it’s the only issue for me since updating do SU5.
Although, folks say it gets fixed just by resetting the controllers to the default…that I’m gonna try later today…

It is not. I reset all my input devices after the Sim Updat 5 breakage. However, you can press space in the drone cam view to reset it.

This is yet another SU5 issue. Use the drone view - return to cockpit - after a couple of minutes return to drone. In SU4 and before position was as left. In SU5 it’s without fail tilted to the right.

Did anyone file this on Zendesk already?

So, not helping, indeed.
You know what I thought at first ?

I thought that somehow a bug in coding caused the planet to be detached from the Drone. Because I got a feeling as if it’s due to the whole planet “excaping” around the Drone. And likely the cause of weather bugs.

Alas, it’s just an input issue due to the optimizations for trhe TTSNBN … (Thing That Shall Not Be Named).

+1 on this issue. I can set my drone position, level to the horizon, make no changes to flight direction or any camera movement, and the camera will start to slowly rotate to the left - the horizon dipping to the right. Super annoying as I like to setup a plan with AP on one screen and let it go while I work on the other.

Even when not moving the drone, the horizon tilts.

This has been my only major issue with SU5 (apart from a couple of CTD’s).

I used the drone a LOT in the last year and this extreme roll is “not normal”.
It seems to happen even faster when you move the drone (fast).
Say then I take my drone from Honolulu airport and zipp down east along the coast … by the time I reach Makapu’u the drone flies like a drunken sailor

And even the roll reset is “funky” now. I need to reset multiple times to really get the angle back to zero. On the first reset it tends to overcompensate to the right.

so THATS whats been going on with the drone cam. I swear I was going crazy resetting it thinking I must have been rotating it somehow.

Yeah, this annoying bug is still there…

Mine rolls either right or left slowly over time. 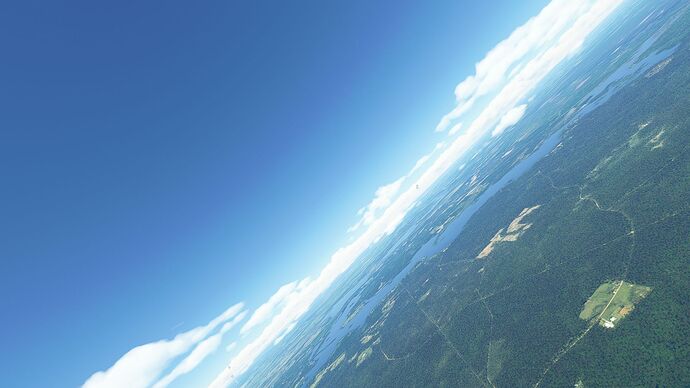 After a 90 minute flight

You just need to fly further - after a 5 hour flight it will have righted itself again?!

I’ve checked and I have no axes assigned to roll drone camera on anything else. I’m using a PS4 controller to control that - using buttons for roll, not a joystick axis that could creep without a dead zone set.
I flew the sim earlier today after the latest hot fixes (VFR because flying a commercial jet is no longer viable now with the drip drip of graphics loading in like a water torture: barely ahead of the aircraft - in Alaska anyhow - even after all “fixes” and at FL130) and I couldn’t get the camera to lock at all. I don’t know if that is me not flying an A320 for a change, me fiddling with settings or that they have broken it completely.
When viewed from the drone if I did a 180 in the plane it ended moving from a view of the tail forwards; to it coming directly nose straight at me, the drone did not stay locked on to its relative position to the aircraft. I swapped lock setting repeatedly and it seemed to make no difference.
Or maybe I’m losing the lock, I mean plot??!

One thing that I’ve noticed in my setup is that if you use the space bar to level the horizon (this positions the horizon mid-screen) then it’s fine. If you move the horizon towards the top of the screen, then the rate at which the horizon tilts is related to how far up the screen the horizon is.

Same here, maybe we have all the same Joystick or something?
I have the Thrustmaster Airbus Version…

I have a TM Warthog and Logitech pedals.

I reported this on 9. August to Zendesk… lets wait…