I have an issue I hope someone can help with, when I purchased the typhoon the screen in the picture was bright like the rest but now its gone dark and the brightness dial on the left doesn’t do anything?
can anyone help?
Thanks 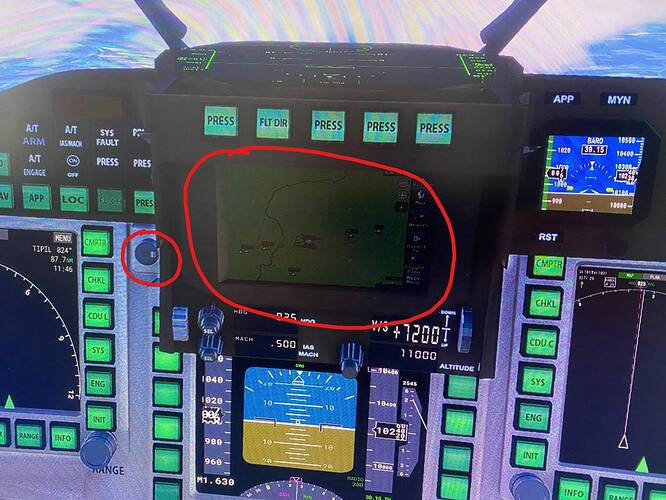 There is a mod file on flightsim.to that gives left/right view through the canopy using the hat switch.

I bought this mode right away, and I really enjoy it. I have a much deeper appreciation of it now that I understand how the SDK works. This model is a fine example of what can be achieved with the SDK, keeping in mind the limitations to this sim. Thanks for the model. Cheers.

I purchased this and it’s quite a let down. The panel model is elementary at best and flight dynamics are not great at all. It’s a shame because the EF2000 is such an incredible aircraft and it deserves to be replicated properly.

Not sure how is possible. But the 1.4 update for the EF2000 made it worse. Now the roll rate is super sluggish and the handling is like it weighs 2 times as much as a 747. It’s even more bouncy when pulling up in a high g scenario.

Even at only 350 knots its out performed by the MB-339. Which is not accurate at all. The Euro Fighter should out perform the MB-339 in every way. It’s one of the most advanced fighters on the planet. I’m guessing the flight model is just completely wrong.

As for flight model, I dont know, never flown one in real life.

I read your comment earlier and i’ve just come back after trying the update. You’re right about it feeling heavier, maybe a separate control preset when using it where you’ve tweeked the sensitivities right up might help mitigate the issue. Also i notice the bottom central display looks slightly different and no longer reads passed 0.98 Mach, grrr, I don’t feel so fast anymore. I see the throttle gauges have been addressed and I swear they are ever slightly more responsive, probably the only good out of the whole update. A step backwards for sure.

Are you sure you read that Mach reading on the central display correctly? 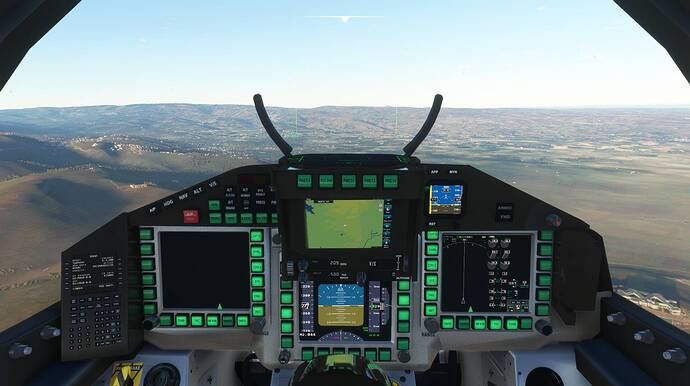 Ok I’ve never had that happen before, that’s weird

I see that the left one is black, definately have that happen fairly often

I have a tendensy to overstress the aircraft, prob right.
Anyone know if there is a “G-meter” on the way so I have a clue to where the limit is

You can’t overstress the Typhoon IRL and it shouldn’t be possible in the sim either.
The G-meter should be on the HUD…if there’s one.

That said I have the crash detection always turned off.

pardon me if this has been asked before, but I couldn’t find an answer neither in this forum nor in the manual on the delevopers webpage.

How do you shut down the Typhoon (on the Xbox) after landing?

I throttled down to zero, switched off both fuel pumps and the main battery, the engines die correspondingly and the electric is off, but all I get is an alert that my engines are idle.
Where I normally would expect the flight journal I usually see when finishing a flight to pop up.
The flight was planned via the world map, albeit without an arrival airport, I just asked the ATC to allow me to land at Millau-Larzac(LFCM).
What did I miss?

I also suspected the parking position to be the cause for the jets refusal to shut down,
https://www.xbox-passion.de/threads/der-offizielle-was-habt-ihr-euch-zuletzt-gekauft-thread.764/page-740#lg=post-878780&slide=1
but even after taxiing to an appropriate spot, I can only leave the flight by escaping to the main menu.

I usually did the hold RB + Left on Dpad to shutdown and then just the battery switch off, seems to be fine.

Yes you’re right that sometimes the log doesn’t pop up, happens to me on a frequent basis, this isn’t the jets fault or yours, it’s a SIM problem as other planes I’ve had this happen as well. Don’t worry too much as when you escape to main menu, check your logbook immediately under profile and you’ll see your flight should be recorded as normal.

Parking spaces look to have an issue to where I’ve had the many “vacinity” landing show up on the log. If I can’t get direct ATC instructions as to where I can park then I either:-

check your logbook immediately under profile and you’ll see your flight should be recorded as normal.

I bet you’ve just accounted for more complete flights than you thought you originally had.

Even all the half-a-minute check flights to debug the WU6 worldmap crashes on my XBox. :-I

The games a buggy mess I’m afraid, regular deletions of cache, rebooting the game and console are the best course of action. Oh and turning the AI traffic off has helped lower crashes a little bit. Definitely keep informed on these forums, they have helped me a lot. Specially knowing you’ll be far from the only one with the same problems.

Dated 09/25/2021 I have published the post “Aircraft Eurofighter Typhoon”, as a consequence of having purchased this aircraft. I had not yet discovered this post to which I now turn after having read the 134 replies given by the members of this community.

From what you have written, you have bought and enjoy this aircraft; I guess you know it much better than I do. I usually fly in “ready to fly”. Please clarify these doubts:

On autopilot, I have managed to get the plane to fly with the correct heading and speed according to the assignment, but I can’t get it to fly with the altitude set; I can only achieve this (with constant manual corrections) with thrust control and pitch trim adjustment. Can you tell me sequentially how you set the altitude.

Another difficulty that exists (still unresolved), is that the airplane does not slow down despite setting the thrust to zero (it flies, and flies, and…flies) almost indefinitely. If the airbrake is not activated, it is almost impossible to land. I guess you continue to have this problem.

I look forward to that information from you, and in advance, thank you very much

May I ask where to post issues with the aircraft? I’m guessing this is not the Topic to be posting questions/issues. Any help would be appreciated

This thread as well as a number of other Typhoon threads out there are just fine for discussion, but in terms of official support, I believe they have their channels - they seem to have a basic website and e-mail. In terms of resolution, I wouldn’t hope for anything productive to come of it - this (as well as the Bredok3D 737) is known as a big circus when it comes to a realistic simulation of just about anything. There are so many things wrong with their stuff that have never been fixed and I don’t see them getting fixed any time. It’s nice to maybe take a couple of screenshots and if you want to zoom around fast without any respect to how an aircraft actually flies, it may be fine for that too, but these are just a tad better than MScenery, so… I would lower your expectations. I have uninstalled their stuff long ago and it’s not coming back into my sim. So, in terms of issues, well… plenty have been documented already. It’s not happening.