Before I send anything to Zendesk.

Has anyone noticed that the external lights on the Cessna 172 at least, only render on the right eye?
Creating an unpleasant effect. They also flicker.
Using external view, there’s a checkered patter on top of the light cast.

Also, there’s what appears to be an image, showing up at random on the right eye only for like a millisecond.
Has anyone noticed this?

This happens after yesterday’s update only.

I have also seen some large artifacts on the horizon, only affecting the right eye and only since SU5. It’s not all the time, just certain cloud conditions

I don’t believe I have a solve for your question, but related to it, here are 2 topics about this you might want to check out to see if you agree with:

Do you found a solution for that, it looks like we are the only one having this problem there. And I did not receive any response from asobo

@DDVPilot
There is no solution that I know of, and I don’t believe we’re the only ones either, it is just lacking enough visibility or otherwise I’d tend to think the night lighting is so unflyable anyhow that most VR users are not flying at night.

This problem has been documented in greater details in the dedicated night lighting community solution topic. Here are some reference posts about this issue:

Lamp sizes doesn’t scale linearly with distance, that’s the thing with point light sources, where the origin source is smaller than a pixel or smaller than what your eye can actually resolve, if it was a extended unlit surface.
This is why we see stars at night and in photos, even though the angular size of those stars are smaller than a pixel. Stars wont “grow” when zooming in, unless optical resolution / limitation of lens making it unable to resolve the light as a sharp point anymore.

Before update 5, lamps disappeared after just a fraction of what the distance in real life. But they where still the same size bulbs.

Here is a series of images to show what is creating the illusion of a bigger size, i.e. white clipping the halo.

The source image is one of the texture from XP11. It is has a bright center and a falloff. The image shows the original in the middle and the effect of just adjusting the brightness level:

NB: This is the same light bulb texture in all cases but showing as 5 different sizes in appearance.

Since it can’t be whiter than white, it will clip when adding brightness and make the semi transparent halo less transparent and whiter, adding to the ‘core’ size.

What is happening in update 7 like I’m showing is that they are increasing brightness nearby, and decreasing it farther (most likely nor inc/dec at middle distance). this gives the illusion of brighter lights close by and dimmer lights farther away, but this is wrong. They shouldn’t change brightness, they should only change size.

Now compare the light bulb above with the comparison with update 3 and 7 at RJTT:

Update 3 was still showing the halo not far away (this is a crop from the lower right of the original image) while update 7 is white-clipping.

Why do we need a Legacy / Modern Light Setting 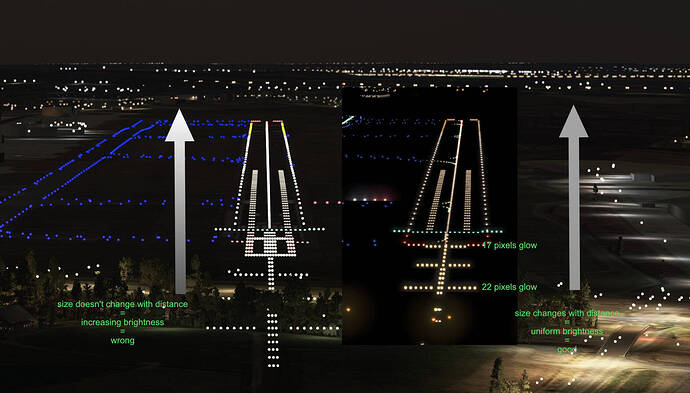 Regardless it is more accurate perceptually, some prefer left, some other right…

PS: of course there are different performance implications doing one approach or the other but ultimately it appears FS2020 is rendering point sprites anyhow, so in the end it might not change much between doing what they do which looks like:

This will probably be my last post about light bulbs sizes, but I’ve experimented trying to make them more visible and this is really interesting comparing the different approaches vs the photo. Here is: 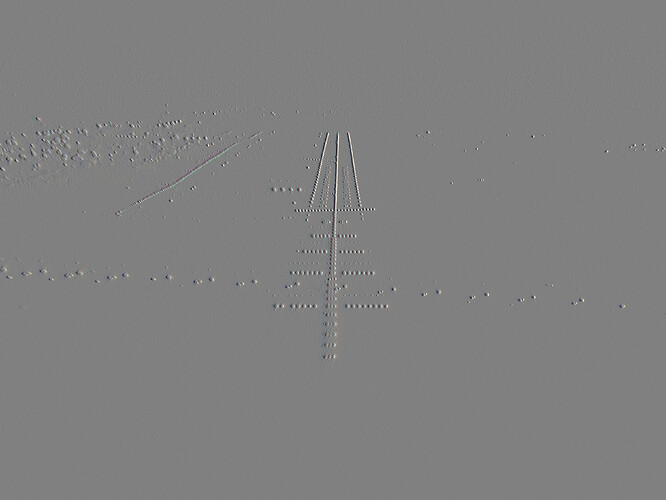 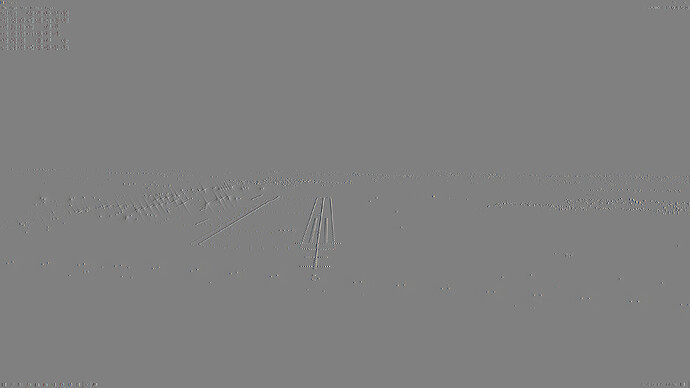 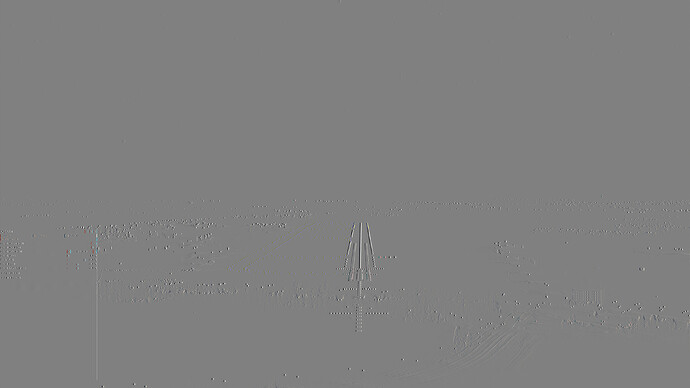 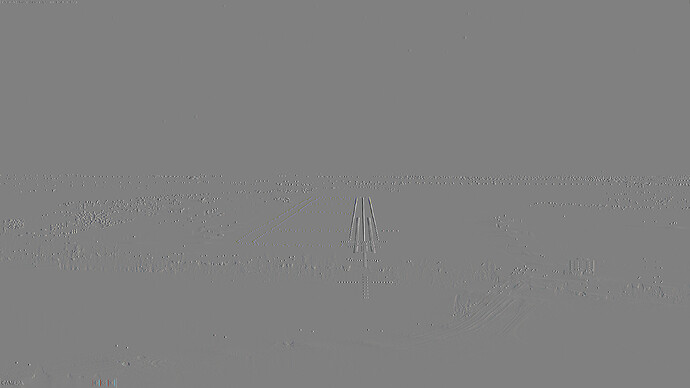 NB: you have to open these images in their full size to really see the details!

A few quick comments on what I see:

@AlexE75 has posted a series of screenshots exhibiting the latest WU3 outline/edge bug around objects lying in front of clouds and I find there is some very interesting visual info about the night lighting issues we’re discussing here*.

I believe if there would be only 1 thing to change first is light size with distance. And this is where these screenshots are really interesting to me because the reflection distortion along the longitudinal axis of the aircraft is showing exactly what would the green lights look like if their size would decrease by distance, vs the white lights on the edges which are not.

I don’t know for you but to me, the varying green light size is much more realistic (and they’ll solve the light soup problem).

*I’m reproducing some of the screenshots here in order to make it easier to follow through but the original link to the topic is found below and worth looking out: you can cycle an entire day time span and see how this affects runway lighting rendering.

Here’s another comparison of the different night tech versions we’ve seen so far…
Early Alpha
Release Build
Update 5
Update 7 - World Update US (November 2020, nothing significant have been done after this)
Once again you can see the highly unrealistic “Power outage look” of the release build with lamps disappearing at extremely short distance.
& why the early alpha was superior imho, with higher lamp amounts, “glow” around clusters of bright lamps, and more saturation.
Release and current lamps look like overexposed photos, with little to none color retained around the core, with very little color variation as well. The whole night scene feels dull brown compared to reality. 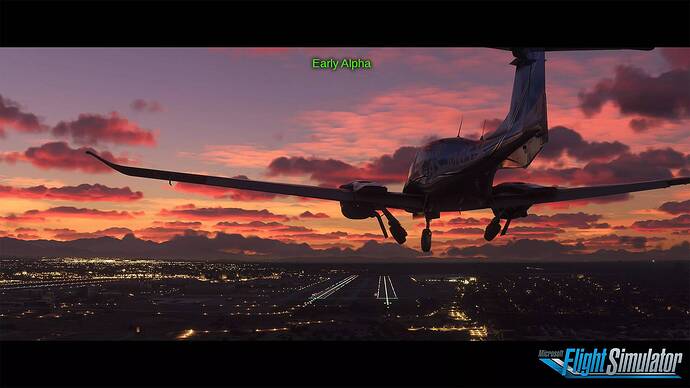 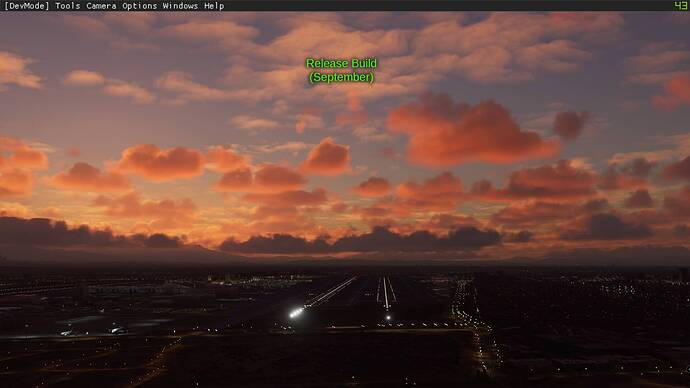 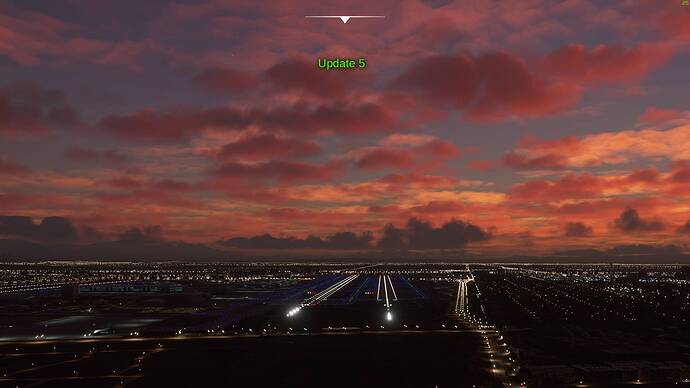 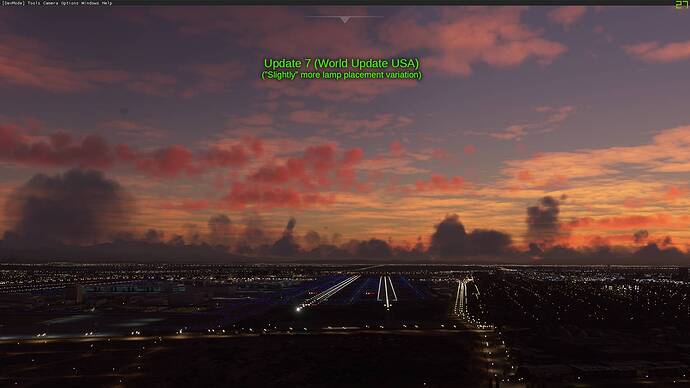 Here’s another location I’ve been using to compare night tech of different versions.
Currently lamps are visible at a greater distance, but still degraded from early alpha in terms of visibility of lamps (smaller lamps visible much longer), and with the new “feature” floating lamps at medium/long distance highways, where lamps are floating +100ft higher than they should, until getting closer where they fade away and the “regular” lamps fade into visibility. (More on this in separate post).
(Note that the early alpha generated too many lights on rural roads that IRL wouldn’t have any lamps. But this can be solved in a multitude of ways proposed by the community in the various threads regarding that problem.) 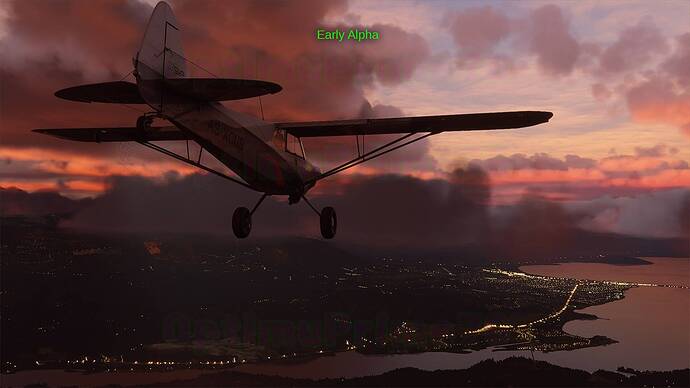 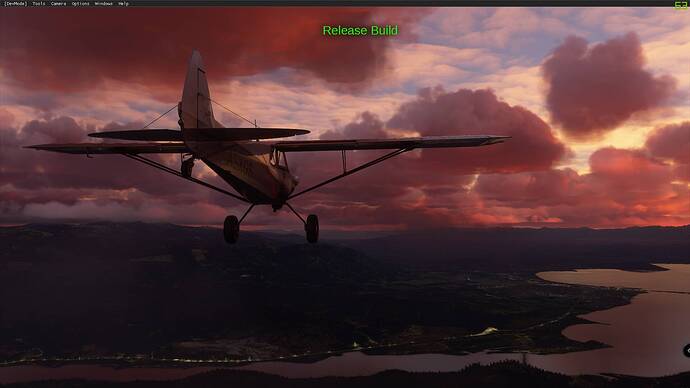 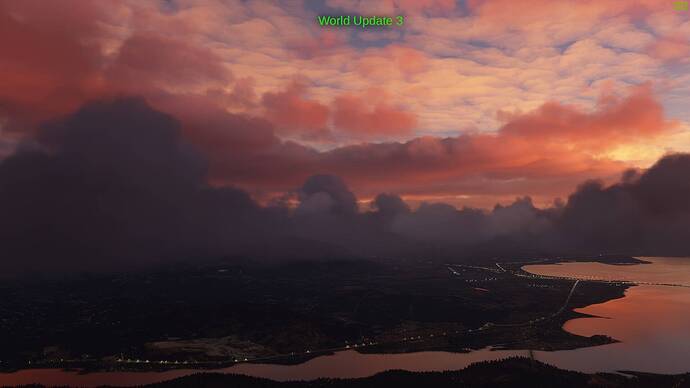 One of the biggest problems with the release build up until now, are the blurry oversized lamp texture… Instead of being small sharp light sources at greater distances, we have huge fuzzy orbs that fade in transparency while still being huge at a distance. It’s almost like the devs have used telephoto night photos as reference with severe “out of focus” lamps in the background as reverence. Just look at this crop, IRL lights would be sharp small lights with fading size & brightness, not big fuzzy orbs with fading transparency and constant size: 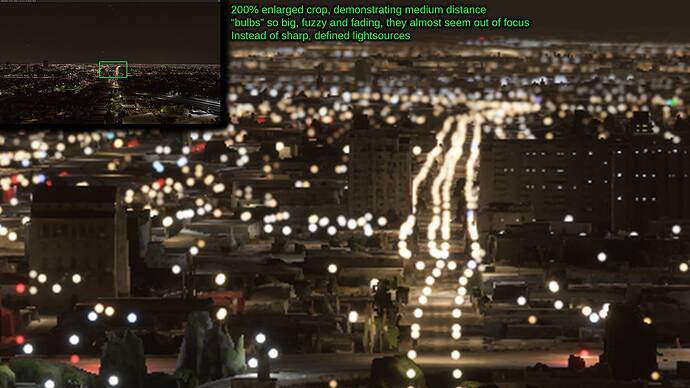 I’m still convinced the best technique would better be:

I try to turn off hardware-accelerated gpu scheduling in windows game setting, and the checkered patter is now fixed. I will do more test tonight.

Thank you all for your kind replies.
And apologies for not answering earlier.
My brand new 3080ti died, or well, two of the fans did, and I’ve just got a new one.

Can confirm that disabling gpu scheduling makes the ‘ghost image’ that pops up at random is now gone.
The exterior lights seem fine now,

Anyone with this issue?

Anyone with this issue?

Did you actually visited the 2 topics I’ve linked to in my answer to your OP?

I’m on it now, thank you