I could not find any thread about this add-on, so I opened this one here (if I should have missed anything, please merge or delete).

As the F-16 is still one of my most preferred fighter jets, I am still missing a decent quality plane for MSFS. So I was surprised to find this news today, that there seems to be payware add-on planned by SC-Design, which I seem to have missed completely until now.

SC Design seems to be a sister development studio to DC Design and is working closely with them on this bird. Target seems to be a quality close to the DC Design F-14 recently published.

So, no DCS alternative and no weapons allowed etc, but as I am really having fun with the F-14, the idea of having a F-16 in a similar quality would be enough for me to instant buy it once available.

Unfortunately I only have found three sites with similar news which expect a release for this fall season. That´s all.

Does anyone here maybe know more?

I am not registered on facebook, so I cannot really say what has been published there unforttunately, but the below has been taken from a site called twinfinite.net (rather flooded by ads, though…) which appears to be an update from 17 Sep.

"The F-16 cockpit has been getting many of its switches, knobs, and instruments installed this week. There are so many variants / Block variations of this iconic fighter that it’s quite tough to decide upon which cockpit layout I should use. Given the fact that the majority of combat and weapons systems in the F-16 are not useable in MSFS at this time, I’ve gone with a layout that is mostly based on the Block 52 cockpit but with some differences in detail.

The MFDs and HUD are active and working as they should be, while coding for all switches and controls is being applied as I work through the various systems. The F-16 didn’t have an auxiliary power unit ( something it had in common with the F-14 ) so a GPU model will be provided, as will a battery switch to ensure you can start the engines if you’re at a field without ground power facilities.

Special effects that will accompany the launch will include all the now-familiar effects such as engine exhaust blur, tire smoke, and contrails. I’m going to try for wing-tip G-vortices as well with this one, to see how it turns out ( might get myself one step ahead of DC Designs there!). Sim Acoustics have slotted the F-16s in for full custom sound in November, so this may mean that they miss the pre-Christmas launch I was hoping for as the Marketplace take at least a month to test and clear new products, but we will have to see how that pans out.

The next two to three weeks will see the completion of the F-16C cockpit, which will then allow me to convert the modeling to support the rear-seat layout of the F-16D. This will not be a fully functional rear cockpit – the visuals will match up, but the displays will be repeaters. Full flight controls however will be included, and all essential instruments for instructing purposes, ready for when we see shared-cockpit come to MSFS."

Let´s wait and see, but it sounds at least promising enough to share.

Hell yeah this is awesome, so far DC Design is looking to be the premium quality fighter jet developers for MSFS, fingers crossed SC can live up to this standard. If only they did the prototype F-16XL as well, that would be sweet.

Just realised there were no screenshots accompanying this thread! Three below, cockpit is being modeled at the moment, all models and textures are WIP of course at this stage. Also, the D model is going to be included in the package. 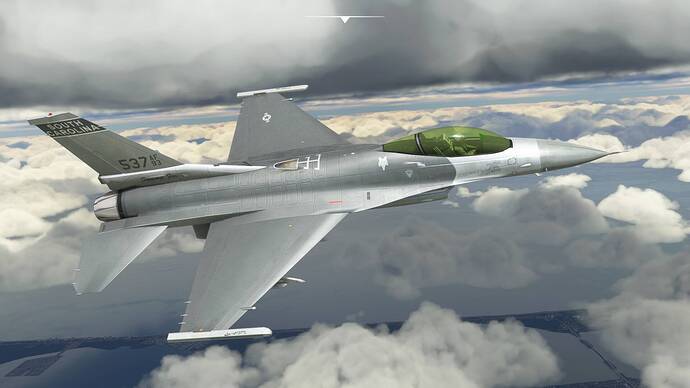 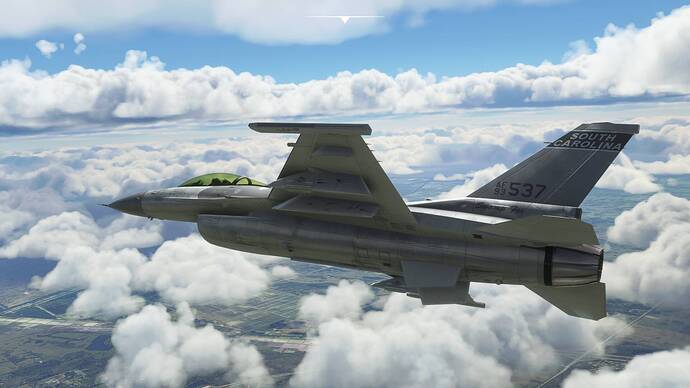 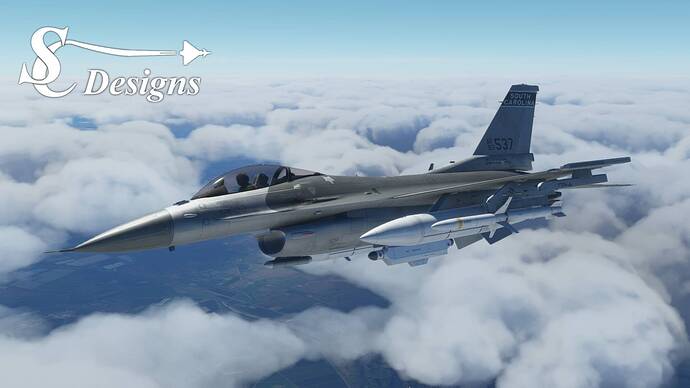 Thanks for the screenshots. I actually downloaded some from the sites linked, but was not sure if I may just upload them here.

No worries, feel free to share anything if it’s already been shared by myself or SC Designs, once images are public it’s all good

Folks - focus on the TOPIC, NOT ON EACH OTHER. I do not want to shut this topic down, as it’s a good one for third-party products (which are always welcome in MSFS). But it will get shut down unless people stop with the Code of Conduct violations.

I just finished cleaning up ALL of the non-compliant posts in this thread, and REGRETTABLY, some folks’ responses had to be included as well to preserve continuity.

It’s really simple folks - if someone’s acting up, FLAG THEM or send a PM to @moderators if you’re not a high enough Trust Level. DO NOT ENGAGE ANOTHER USE DIRECTLY. It’s against the Code of Conduct and you will end up getting cited along with the person who originally broke the Code.

Keep this thread NEAT AND CLEAN. That’s all. Thank you.

A lot of the posts that were yanked met the threshold of CUSTOMER FEEDBACK AND INQUIRY.

That is NOT ALLOWED here in the 3rd Party Subforums on the Board. Look at the PINNED POSTS by Jayne (Jummiviana) atop each subforum.

If you have CUSTOMER FEEDBACK AND INQUIRY, send it DIRECTLY to the vendor. Do not Raise here, Do not Discuss it here. Each vendor has an off-board support forum. Use it.

This is for GENERAL DISCUSSION about a third-party product only.

Each vendor has an off-board support forum.

This really isn’t true, though.

This really isn’t true, though.

Or a support channel, or an e-mail address.

The point being is, we’re not here as a pseudo- or even valid support channel offering. We provide these 3rd party sub-fora as a COURTESY area to users and vendors for GENERAL DISCUSSION of their products. We are NOT a substitute for a vendor’s support methods.

You can get support for the F-16s ( when they launch ) here;

… and also via the Just Flight support pages.

New update here on the F-16s from SC Designs; 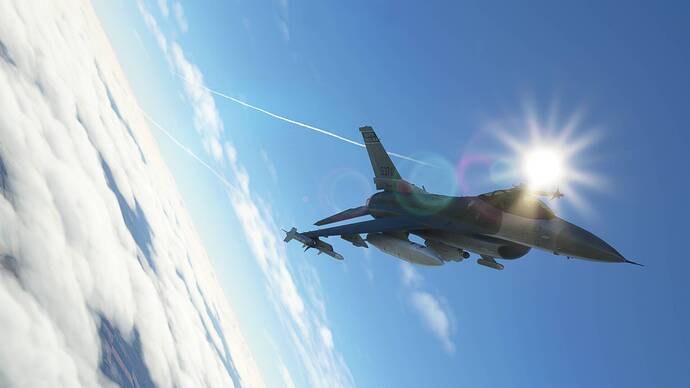 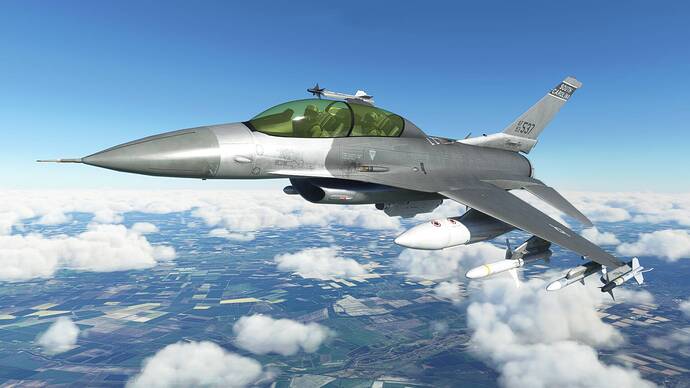 There are some on that FB post by SC.

Awesome! My favourite fast jet. Looking forward to this.

You don’t need one to view the images

I’m really looking forward to this one! 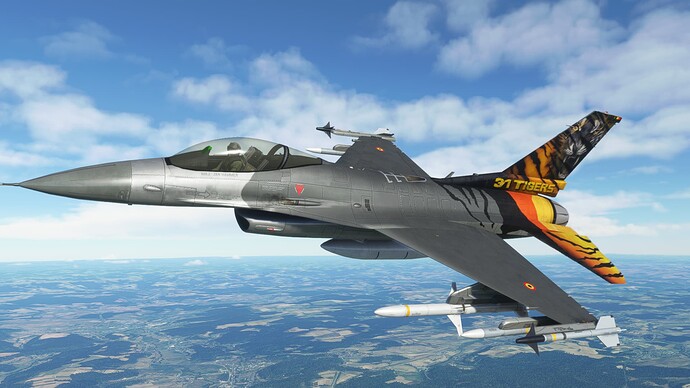 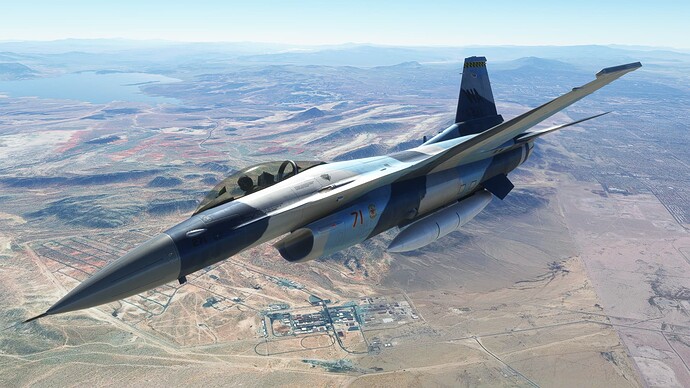 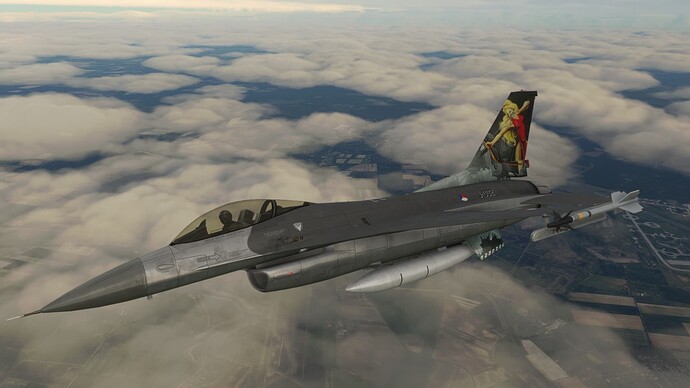 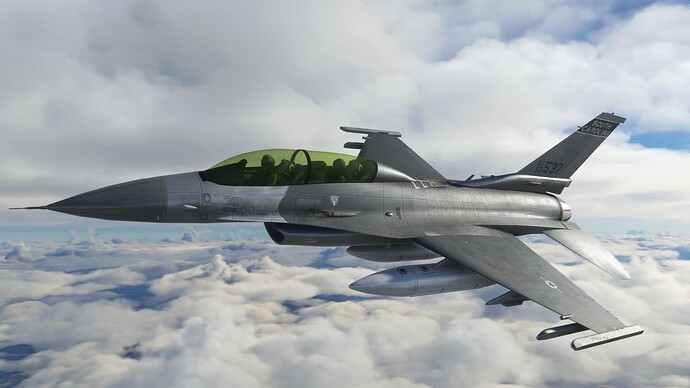 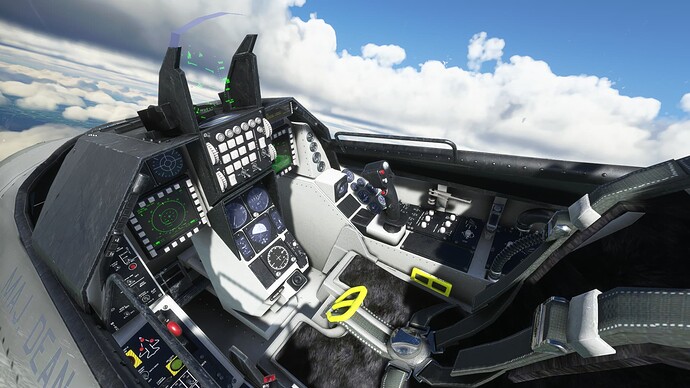 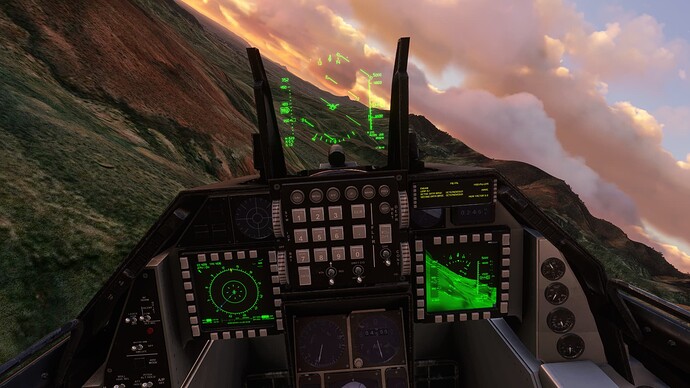