Check SimMarket. This garbage is already on #2 sales spot after the Bandeirante for this week. I knew this would happen. And, of course, a glowing 4 star rating. 2 4-star reviews one after another from the same guy.

If anybody has the original ( not updated ) version of this F-16 could they please contact me here via PM, on behalf of myself and Just Flight - details of why will be shared, need some assistance please. Thanks in advance to anybody who can take the time to get in touch.

I was the one i made a topic about wanting an F16 and you responded.
I really hope you make it.
Enough with the garbage !

If there is a market for an F-16 I will make one, definitely. Deimos Inc should be ashamed of themselves, the reasons for which will become clear soon ( beyond the low quality of their F-16 ).

There is a market for anything that DC DESIGNS will make

While I do agree that simmarket sells a lot of subpar products, your statement about policing is simply NOT true.

If you venture to go on the website, there are plenty of products rated 1 or 2 stars. I have personally given products 1 star reviews and my reviews have appeared verbatim.

Hi all
I´m one of this guys who purchased this thing.
Despite the fact that this is a totally unfinished product and released way too early, I can see that with each update (4 within one week) it´s getting better. I can safely say that this is not such an unreasonable thing like the Eurofighter.
But since today It seems so that it´s gone from simmarket. It´s possible to get the update, but you can´t buy it anymore.
Does anybody know what´s going on there ?

I am gonna speculate it’s related to what Dean from DC Designs was talking about earlier in this thread.

Meanwhile I have heared in a youtube video that the developer didn´t make the 3d-modelling by himself. When it´s true that he used a stock 3d model this might be a copyright issue.
Let´s see.

I would hope people are not just speculating (I know a lot of you are). Let’s wait for the facts to come out before we judge. MSFS is going to become a competitive environment with multiple developers competing with the same aircraft. Just look at Aeroplane Heaven with their Spitfire when we already have a decent spitfire. I would venture to say that no too many who own the Flying Iron Spitfire will be going for the aeroplane heaven version. There will be few but vast majority of casual simmers will not.
As for some suggesting that Deimos didn’t do that modeling himself; well that statement tells me you don’t know how a lot of well known developers get their models.

There’s a freeware and a payware MiG-15 and a Hornet (very poorly done by MScenery) created by SDV.
https://www.cgtrader.com/sdv

This is how a lot of developers get started instead of building from scratch.

The Viper has been removed from simmarket but there is another update 0.94 … I think the dev made it more matte this time. The exterior model doesn’t look half bad but needs a new pilot (current doesn’t look that good) and a more realistic burner, also, needs more realistic liveries…cockpit, well it needs a ton of work. I am not worried about flight model as I know how to tune it myself. 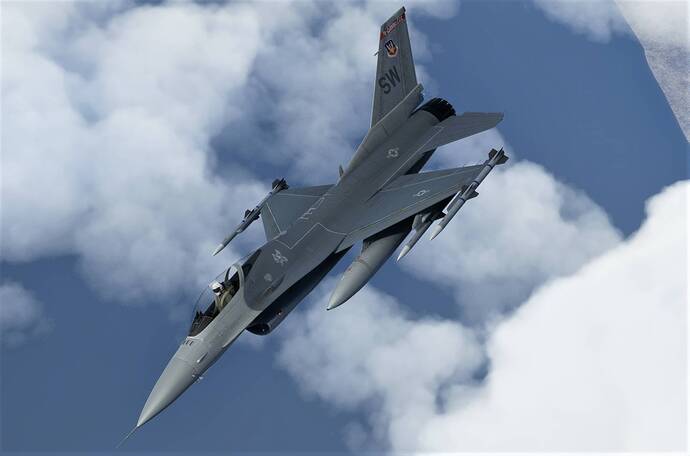 Yeah, and those “developers” can take a hike for all I care. Deimos, MScenery, Bredok… The lot of them. I wouldn’t miss anything if none of them ever put anything out again.

Maybe I´ve expressed myself
mistakeable. This is not my mother language, sorry. All what I´ve said is that they may have used a stock 3d-model and that this may have caused a copyright issue …keep calm.

I get what you’re saying Jeremy but I don’t mind supporting new devs especially when the sim is missing a lot of good military aircraft. I am not expecting all to be at Dino’s standard but I hope with some experience, some of these devs can give us great things down the road.

I enjoy the F-15 and T-45, I am not into the Italian aircraft so I deleted them from sim but they are well made (Dino and SSW). Dean’s Supers are gorgeous now (P3D) but dare I say that it took a while for the Super Hornet/Growler to get to awesome. I’m loving his F-15s and am looking forward to his F-14. Soon I hope he makes a native Hornet/Super Hornet for MSFS.

Keep calm! well in your native country you may not like people calling you out so please, stay calm!

I do not think the drama is about the model as it was shown before that model can be bought and use commercially and there is nothing wrong with that except if they are not well optimized and if the model still requires a lot of development to make it work in MSFS. That can be problematic, but that is also in the hands of the developer.
I think the problem is the flight model and more specifically stolen flight models from other payware planes. It happened recently with one developer whose model was definitely stolen by one of those new developers and I think that is what the investigation is about. Mind you, we are all speculating and I am not accusing the developer, just pointing out what happened in the past and what is under investigation now.

Mybe You´re right. But I can´t see how the flight model could be stolen from DC. When this would be true, the F-16 wouldn´t fly that bad. Sorry :-)))
I have the F-15…its far away from the dcs one but it´s far better than the F-16 in it´s current state.

flight model could be stolen from DC

I was not DC, was indiafoxtecho Aermacchi MB-339 i believe (dont quote me on that)

nope guy, sorry again. The MB-339 is my fav when it comes to dive skyscrapers or go through the Grand Canyon. Never ever this file got copied

I am just telling you what happened before, not what happened now. Maybe different model this time. Before it was easily proven because the stolen model still had even references from MB-339 (including the name) inside the flight model file.