No but I rarely flight for that long and I always had the issue right away.

Pretty sure it happens immediately after the game is loaded, as I’ve seen flickering runway lights while taxiing for takeoff even during the light of the day. At the time I even thought this was an issue with Rex airport textures (as I hadn’t experienced it from the air yet) and it was only much later I realized the sad truth when I couldn’t find the airport at night.

I did another flight between two airports, completely randomly picked and lights were fine during take off, when I looked behind me, on approach, landing and taxiing…

Had runway lights for take-off on my night flight just now, nothing on landing though.

Just jumping on the bandwagon, I am having the same issue. If I didn’t know better it almost feels like a LOD issue on the runway lights. The airport looks fine to me from far away but around 3nm the lights start disappearing but then show up again when I am around <1nm away and it seems to be every set of lights like the rabbits/ PAPI/ edge marking/ taxi markings etc.

Been flying some legs in northern Norway the last few days and all airports are dark due to this bug. The taxi lights are hovering over the ground. Anyone in the beta program that can confirm if a bugfix is on it’s way ?

Not using any addon scenery other than WUs .
Pretty sure this is a problem that has only just started on my sim as most of my flying is in the evening in real time - so in the dark this time of year.

Noticed this today in a night flight. Some runway lights flickered on final including PAPI lights. 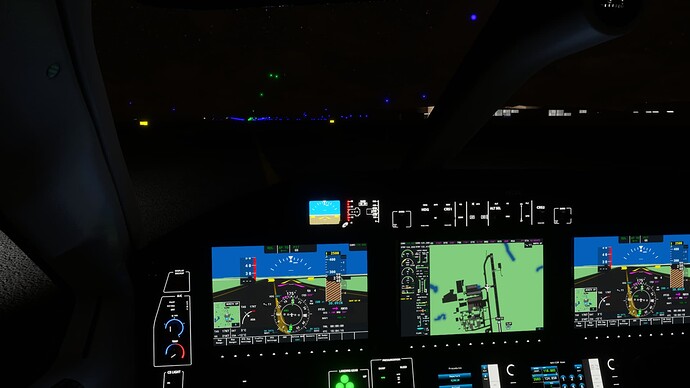 To reproduce simply setup an ifr flight edfm-esms in a tbm9 at night around FL270, Live Weather, Live Traffic, Group Only and do it.

This just happened to me too at ENAT (Alta) by Aerosoft.

Any updates on this issue? I’ve been having the exact same problem since SU6 came out.

So, here’s a video I shot on my iPhone just now, showing my settings, then showing the flickering lights all over the place. I’m using an 85" Sony Bravia TV as my monitor, over HDMI, with an nVIDIA RTX 2070 Super GPU (latest driver).

I’ve tried running FS2020 with all addons removed from the Community folder, tried other display resolutions, tried adjusting settings on the TV, tried adjusting the nVIDIA settings, tried all kinds of tweaks to the FS2020 settings. Even tried completely uninstalling and reinstalling the game. Nothing works. This type of flickering has been going on since SU6 for me. Any suggestions whatsoever? 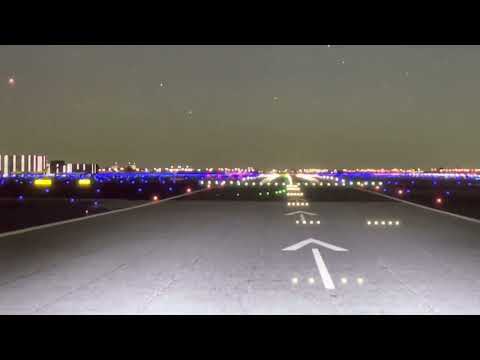 I have the same problem! I also noticed that on some airports during night time light are floating above ground like street lights but without the poll that is connected to the ground…

I also tried to remove all my mods but it’s not that, plus any settings that I change make no difference… I didn’t notice any troubles before last update so it might have something to do with this one

Just a thought, could the size of the screen be having any effect? 85" is a VERY big display and although I have no real knowledge how modern displays work and what graphic power is needed (I note you have a top-spec system) could it maybe something to do with that? Have you tried it on a smaller monitor maybe?

I know this was a regular problem some updates ago but thought it had been fixed - never had the problem on my (admittedly mid-range) rig. Just wish I had the room and the spare cash !

Weird, it was fixed for me last time I checked (and posted about it), I was literally missing lights or having them flickering like crazy so I couldn’t miss the difference. (VR with a Quest 2).

Looks like I was wrong and just got lucky.

Yeah, I was wondering that too–but no, I tested it with a small regular computer monitor, same exact thing happening. Definitely not a question of the display.

I bit the bullet and completely uninstalled and reinstalled Windows 11 (fresh install, nothing from previous installation retained). Then did Windows Update. Reinstalled FS2020, did any updates it asked me to do–no other addons, used default in-game settings (which are different than the customized settings I had–the default in-game settings just used “High-End” as the default). All to no avail–experienced the exact same problem as shown in my YouTube link a few posts up.

I guess I’m just going to have to live with it broken like this. It’s so, so disappointing

What graphics card do you guys experience this? I had GTX 970 where this issue was present. I recently upgraded to RTX 3060Ti, and since then I have not experienced this any more.

I agree with your assessment that it’s likely some combination of hardware, firmware, driver, and/or simulator (and maybe even OS too), but I can’t fathom what it could be, since the hardware I’m using is pretty standard, I’m using the latest driver (and tried earlier drivers too), and have tried lots of different settings combinations of nVIDIA control panel and FS2020 (as well as just basic default settings for both).