This absolutely deserves a hot fix.

It cannot be reproduced on every night flight, but on approach the runway lights sometimes flicker severely, or have a third of the runway lights disappear. Additionally, the lighting seems to extinguish as we travel past it. It almost seems like there are render scaling issues again.

I noticed disappearing runway lights at EGNT last night, but having flown three 2.5hr sectors I wasn’t sure if it was my eyes! Makes sense now!

Could you please also post this in the “bug” section, so that we can vote there? Please file it via Zendesk, too. It’s an extremely annoying issue and I don’t understand why so few people are reporting it. For instance, I’m missing the exists on the runway after landing, because each taxiway light suddenly appears only a couple of feet in front of me. For the departure airport everything is fine btw.

I guess these threads can be merged.

It’s an extremely annoying issue and I don’t understand why so few people are reporting it. For instance, I’m missing the exists on the runway after landing, because each taxiway light suddenly appears only a couple of feet in front of me. For the departure airport everything is fine btw.

Could someone please share a video showing the issue? I’m flying in VR and would have to install some capture software, first (which I, of course, would do myself if noone here is going to).

To me it only happens at the arrival airport and is most prominent during nighttime, ofc. However, even during daytime one could notice the taxiway-centerline insets appearing only right in front of the plane.

I’ll try to record it on my next flight and share it here. Curious thing is, if you load directly into a final approach at any airport, at night, the issue does not occur whatsoever, except for the usual lights blinking due to AA-related factors. However I did several medium-to- long haul flights in which all sorts of runway lights flickered and/or disappeared as I reached wthin 5 nm of touchdown. So maybe also a memory issue? Video evidence coming shortly 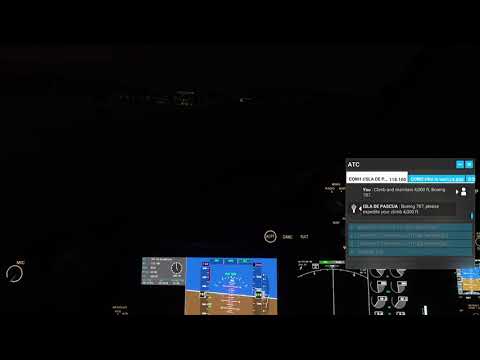 Really disappointing. 5 hour flight into Easter island in the middle of the Pacific and I started recording just after the first third of the runway started to disappear, and then you can see the rest of the lights vanish in sections.

That’s even worse than what I’ve seen so far. The white rwy lights are “just” flickering for me, but the taxiway centerlines are completely gone (until they, as previously described, appear one by one right before passing them.

This needs to be addressed, Jummivana, seriously. Night flying is impossible like this. Thanks a lot!

I noticed this phenomenon in LIMC and LPMA too, during the day.

Has never happened to me. Please tell me how you managed to make the lights disappear. I would love for the lights to be off during the day!

I wonder why this topic doesn’t get more attention–is everyone else only flying during daytime…?

PAPI lights must be on during the daytime too.

Several of the airports that I frequent (uncontrolled, United States) have the PAPI as pilot-controlled lighting, along with the rest of the airport lights. They are off in the daytime unless the pilot turns them on with 5 push to talk activations in quick succession. You really don’t need it to land in the daytime anyway.

I flew into Lyon yesterday (PC) and runway was completely black (after short hop flight <1hr). I’m not seeing it everywhere though. Interesting to know about spawing on approach is ok. I thought I had figured a fix by uninstalling Zinertek Enhanced Airport Graphics clearing my rolling cache, rebooting FS then re-enabling ZEAG & rolling cache, but then I got the completely dark arrival at Lyon so that theory went out the window.
I’ve seen bad runway/taxiway lighting, missing 1/3rds of runways (dark) and entire runway lights missing/turned off. Pics below (on approach to EGPH) show what it looked like to me but it can be worse and varied. I thought it was just me. Have you all tried minus all your add ons & clearing cache? Runways to me looked much clearer with my add ons disabled, but I didn’t try it out long enough to check to see if errors completely disappeared or not. 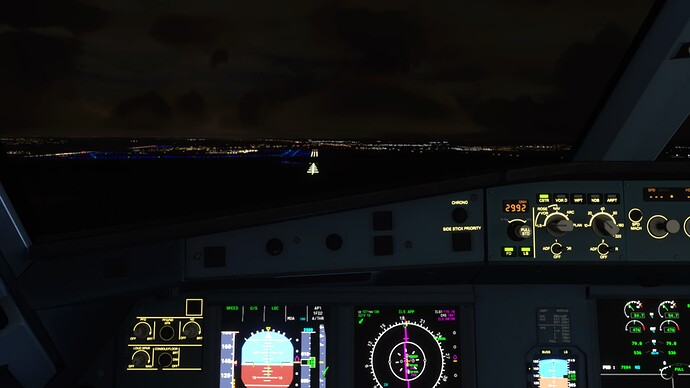 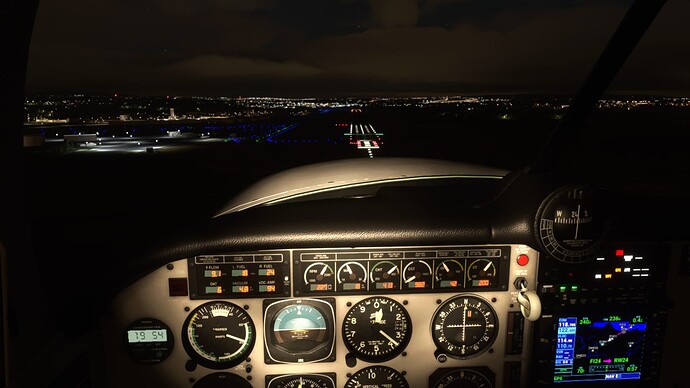 The running rabbits are almost invisible while it was so good before.

Yep, saw the same at EHRD.

This needs to be addressed, Jummivana, seriously. Night flying is impossible like this. Thanks a lot!

Got my vote, I experienced the same issues.

Hello everyone, thank you for this thread. Your feedback have been shared internally.
If you vote or comment that you have a similar issue, please provide the ICAO of the airport! Thank you for your help.

It’s a bit everywhere to be honest. For example the glide slope help lights (white/red) are flickering everywhere.

If the PAPI lights also have an issue, please create a specific thread.