Thank you for the feedback, I prfer to use airliner addons such as a32nx but to be simple I have disabled (deleted) all files from community folder when I recorded this video…

Like other folks says, if it just flickers, it is annoying but still flyable, but I would say my cases is nearly unplayable especially conducting non-ils approach…

It is sad that there is no related items listed on the SU7 release notes.

I’m on Xbox series S and have this issue. Fading in and out. Some lights disappear completely until 200ft or so above. Two times I’ve actually even seen the lights about 50ft above the actual runway. After I land the lights are above the aircraft. This happened a few days ago JFK to Heathrow.

I do have the Zenteck(Sp?) or whatever it is runway detail add-on but that’s it.

This appears to be related to the flickering/disappearing AI aircraft lights.
The problem seems to only happen from certain distances and viewing angles.

I missed the Q&A today, will have to watch VOD later. Was this issue mentioned?

No sadly. Maybe we will get a fix in months and months as they break things in an instant and somehow don’t notice then take forever to fix.

Like them finally admitted they broke the colour banding by accidentally change the sim colour to 10bit from
16bit. They did this in SU5, people noticed straight away, Asobo have only noticed now and said a fix (presuming they don’t break it again in the meantime) will come in SU8. I don’t understand how people can see something is wrong straightaway and they just don’t seem to notice, then when they finally do take months to fix things.

Yes new features, take your time, take months, perfect things. But when you have broken something that wasn’t an issue before, you need to put it right straight away.

The stupid halo around objects when in front of water mainly is still there! They had fixed it once, then broken it again, not acknowledging it, it’s been broken now for months and is so ■■■■ obvious, just like these runway lights disappearing, how can they not notice in testing???

Oh yeah I noticed that around trees, quite horrible.
I worked in the videogames QA field for 10 years and I can assure you they do have bad QA practices because some issues (like this disappearing lights or the good old wrong lights scale when playing with anything other than 100% render scale) are to be spotted in just a few seconds of testing.
Oh and the Reno test in VR that couldn’t work because of a bind bug…
Some issues are tricky tho but when I see the obvious issues they miss, this kind of ‘work’ would have triggered a sh**storm in my company. 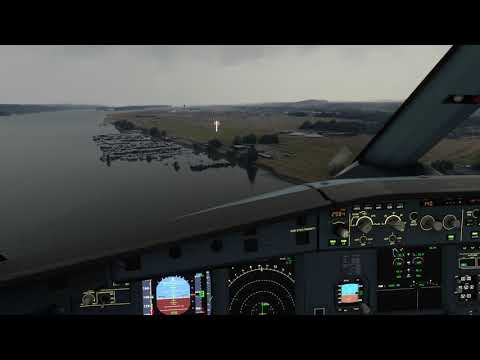 ugh.
This will be sent to zendesk

this one is most probably about rendering. i experience this a lot and especially using other than 100% scaling

They never said what year!

This is a strange bug in FS2020. The runway lights are missing at random, when flying to a destination airport. When it occurs, the entire edge lights as well as the PAPI are missing, while the approach lights are displayed as normal. Where there are green taxiway center lights, these will float high in the air, and in a flat form, even if the airport has slopes up and or down.
Everything is up to date, including Nvidia drivers.
Please fix this Asobo!

I have exactly the same!!! Best description of the issue!!!

We need a fix soon.

This seem to apply on most (if not all) handcrafted airports. At least on my side with limited memory (16G). 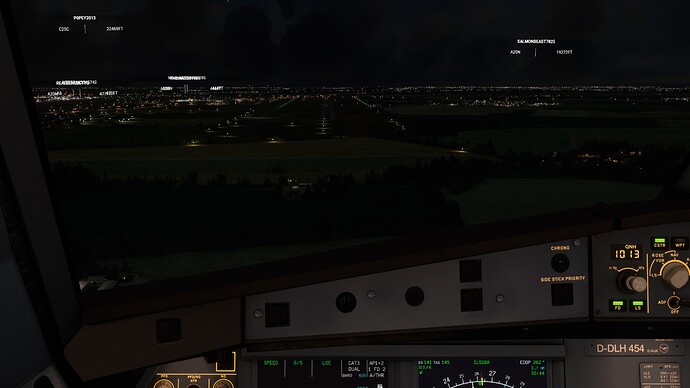 And the whole runway view from Dev mode (EDDP): 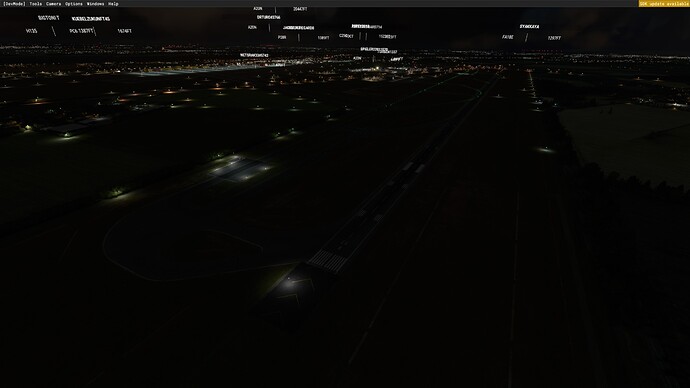 Similar has happen also on the Zurich LSZH airport with SU7.

Note that when Wireframes are turned on, the light can be seen. I haven’t found any workaround yet, only to restart flight on the destination airport

I have exactly the same issue in the flightbeam KDEN airport and in the ORBX ENTO airport. No runway lights during aproach and then green taxi lights floating everywhere!

Same here! Been flying into ENBO and EPGD the last couple days and I’ve had floating green Taxiway lightning and no RWY lightning. I’ve departed EDDL during night times too and lightning was just fine there!

This. It’s still a major issue. I was surprised it wasn’t addressed in SU7.

I’ve had the same issue but not every flight. It seems flights of about an hour and a half or quicker it doesn’t happen anything over that it does. It happened last night when I was flying into KSDF so I loaded in approach and then something else happened. Has anyone had the runway lights floating about 100 or so feet above the runway? It made the approach extremely confusing. The aircraft was flying very low of the glide slope and papis and I couldn’t figure out why until I flaired and flew right past the lights… O.O then I noticed the actual runway many feet below me still. Screen shot for reference. I loaded the same approach after and everything was fine?? 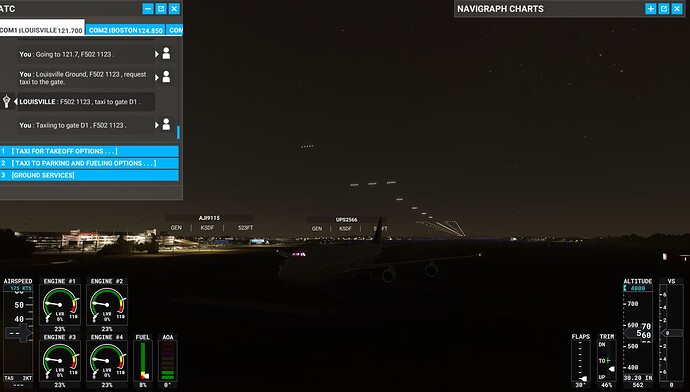 It looks fixed to me on the 1.21.17.0 version. I did flight at night with several Airport around Paris and none of them had disappearing lights.
I need more flying time tho to really be sure since it seems that it’s not always happening.

Have you already tried to fly 2h+ at night? Someone (in this thread?) pointed out that it only happens to him after flights longer than 1,5h iirc.