After Simupdate 6, the Runway and Taxiway lights seem To float…if you are on the Final, you can’t see any lights on the Runway…which makes landing very difficult! Any of you have the same issue?

My first impression at nighttime after SU6 was that I couldn’t see the runway lights as well especially the part the aircraft is closest to / approaching. Not noticed the floating aspect so will check up on it later.

Yeah I’m getting similar problems. Runways half lit, or not lit at all no papi lights floating taxi lights or non existent!!.. Hopefully they will sort it soon.

Me too, same problems. After some sessions and restarts of the sim seems better, but not perfect like before.

Well I was having weird runway lighting behaviour post SU6 (not very bright or visible runways on approach, disappearing lighting as aircraft approaches and large blacked out/dark patches on the runways) mainly noticable at nighttime, and I think I’ve found the solution to my particular problem. I have Zinertek enhanced airport graphics installed. I removed the package, deleted rolling cache, rebooted FS and suddenly I had nice bright runways again with clear/working lighting. Good news is I installed Zinertek enhanced textures again and things are looking more normal now. This only happened after SU6 update to me and its taken a bit of game time for me to debug as it’s mainly noticable on nighttime approaches.

I’ve just had floating runway and taxiway lights on landing at EGLL in forced daylight time although live time is night at EGLL. Never had this before. PC version in VR but it was there in 2D. It remained while taxiing around until I set a new flight from EGLL.

Not floating but disappearing. Todays approach at Astana UACC. 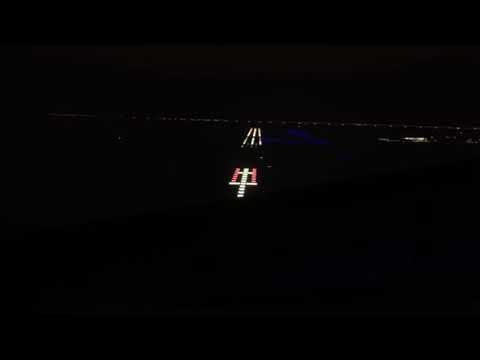 Hello everyone, thank you for this thread. Your feedback have been shared internally. If you vote or comment that you have a similar issue, please provide the ICAO of the airport! Thank you for your help.

Devs are aware and looking into it.

I had disappearing and floating runway and taxi lights at night at LFPG yesterday.

I am on PC, not xbox. Never had this problem before SU6.

Yes, exactly the same have happened to me right now landing in Ibiza LEIB. I’m running on PC.

Same issue here and this has not been fixed in Sim update 7. No runway light at LOWI, EGLL, EGGP and other airports as well. I dont think this is airport specific.

I have just completed EDDL-EPGD and encountered this issue too on arrival to EPGD. EDDL night lighting was just fine but EPGD had no runway lights and taxiway lights were floating couple meters above me.

For EPGD I’m using ChrisMaver’s scenery on flightsim.to and I’ve reported this issue to the comment section over there.

EDIT: Just departed EPGD again in the early morning and I had correct RWY lightning and no floating TWY lightning, just as it should be. It appears this issue is only persistent if you’re arriving an airport.

Same thing for LOWL. Arrived at night but no TWY and RWY lights at all.

Flying the RNAV approach to 33 at KISM tonight and found the runway lights and PAPI for both runways to be floating about 50 to 100 ft AGL the taxi lights and all others seemed to be appropriate. #xbox

Runway lights are floating again after SU7. Just made a flight from kind-mygf in stock a320neo. flew the rnav 24 approach and runway lights were 50-100 ft above runway. Anybody else noticing this? I’m on series S. I don’t do a lot of night flying due this issue with previous updates but heard it was fixed in SU7. Guess not

Definitely an issue. Just observed some floating taxiway guide lights on the runway at EGPH. 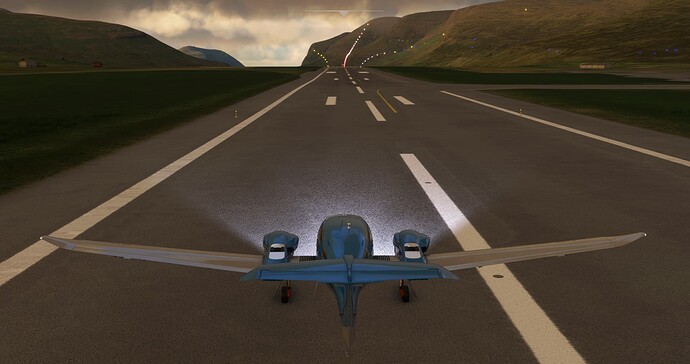 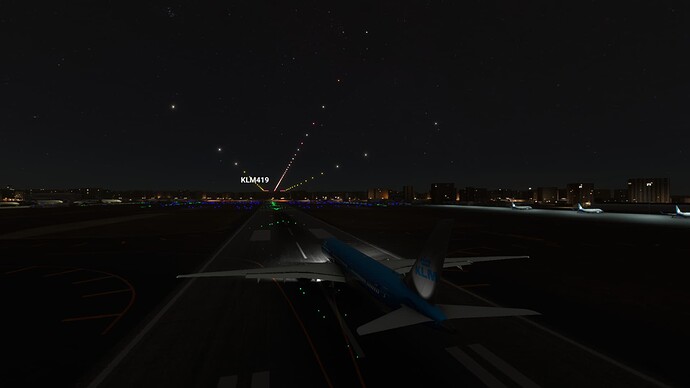