Flying around the world - in alphabetical order

Round the world has always had an appeal. How could it not? But I wondered: rather than the usual Canada-Greenland-Iceland passages, is there a different way to go about this? Now, I’ve nothing against Greenland and there’s some great scenery out there too. But why not try something completely different, I thought.

So here it is. I’m going to try and fly around the world in alphabetical order. In a Justflight Piper Turbo Arrow, naturally. Starting from Afghanistan and ending up in Zimbabwe, I’m going to fly to each country on the Wikipedia list of sovereign states. Now I’m sure some of these will be contentious, but I’ll try to leave the politics out of this for now at least…

To inject a little extra realism, I’m flying this on FSEconomy, too, trying to pick up missions where possible (this round the world jaunt won’t pay for itself, you know!). I’ll also try and fly live weather as much as possible (I know I’m going to regret those headwinds already).

Before getting properly started, I felt it would be best to buy myself a new Arrow. I picked it up at Courcelles Aerodrome in France. New registration to suit the trip: G-ABCDE (I hope you won’t mind the extra letter there…) 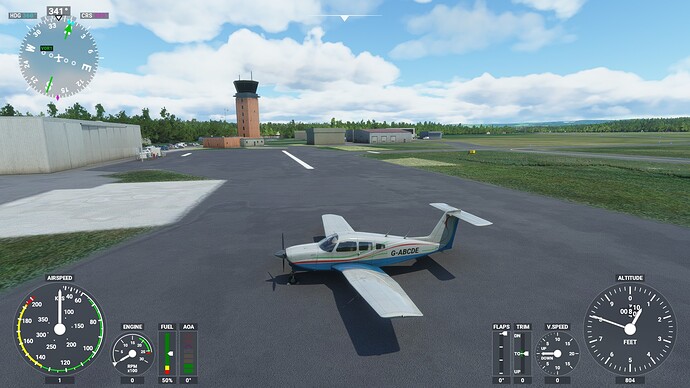 My route to Afghanistan takes me across Europe, through Turkey and then Iran, to Herat in western Afghanistan. After that, it’s back West, to Albania, then Algeria, and so on.

I’ll try to keep you updated on progress here. And I’d love it if you’d suggest places I should fly over or stop off at enroute.

It might be! Even getting through all the 'A’s looks daunting at this point…

Kudos for doing this, not sure it’s one I would take on though I have been thinking about my next round the world somehow trip, probably after SU5 is out. 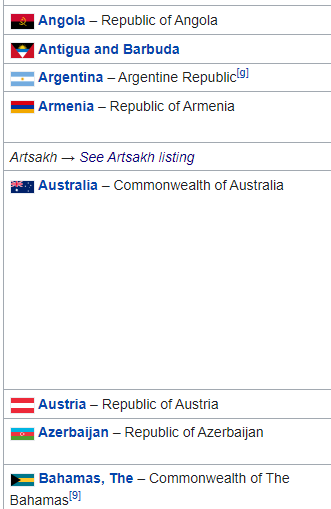 Yep, that Australia-Austria trip is a pretty long leg!

A quick update on progress and the route through Europe…

After picking the new plane up in France, missions available in FSEconomy took me to the Czech Republic and Sobeslav Airport (LKSO), for which there’s some nice scenery available on flightsim.to. 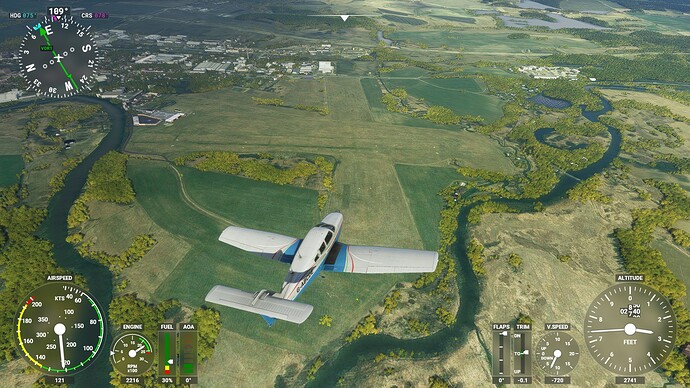 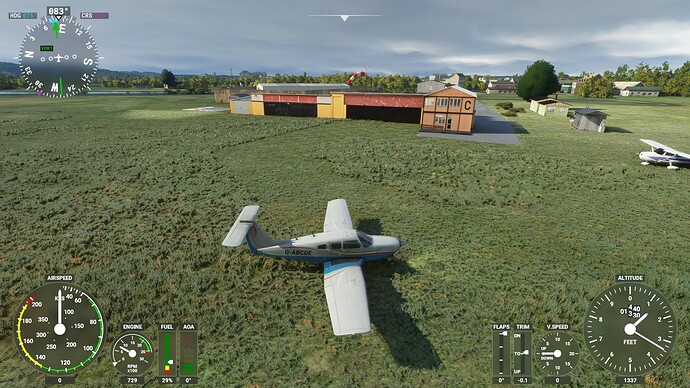 From the Czech Republic, a couple of cargo flights took me east across southern Poland and down through Romania and a stop off at George Enescu Airport to Turkey.

I’m doing a RTW landing in every country that has an airport. I also started on FSEconomy. Now using OnAir. Currently north of PNG island hopping all those small island sovereign states.

I think there’s going to be a lot of flying over water coming up! Could really do with an extra fuel tank on this Arrow…

Good luck! That’s going to be a lot of back and forth.

While you’re flying you can watch this

Hey geograpeeps! Welcome to Geography Now! This is the first and only Youtube Channel that actively attempts to cover profiles on every single country of the world. We are going to do them alphabetically so be patient if you are waiting for one...

Well I’m not sure there’s any airports in ZZYZX California would landing in the town count if you land on one of the fields?

Cool idea! I have dreamed of flying in Europe Aberdeen-Bonn-Cologne-Düsseldorf- etc (you got the idea), but have never done that. Perhaps I should one day do just that.

So after a long trip from France, I finally made it to the ‘start’, about 3,000 miles later. 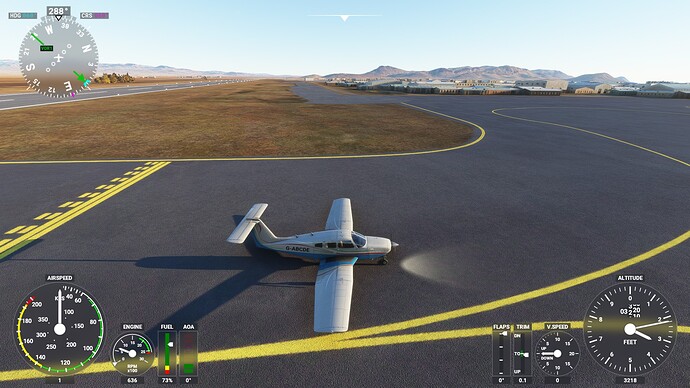 Next on the list: Albania. So a trip back west across Iran once more, with a usefully long-distance flight from FSEconomy that takes me all the way across to Alexandria in Egypt (with a quick refuelling stop halfway in the far north of Saudi Arabia.

From here’s it’s just a few short flights across Greece to Albania, taking in a few island airports and the capital, Athens, as I go. 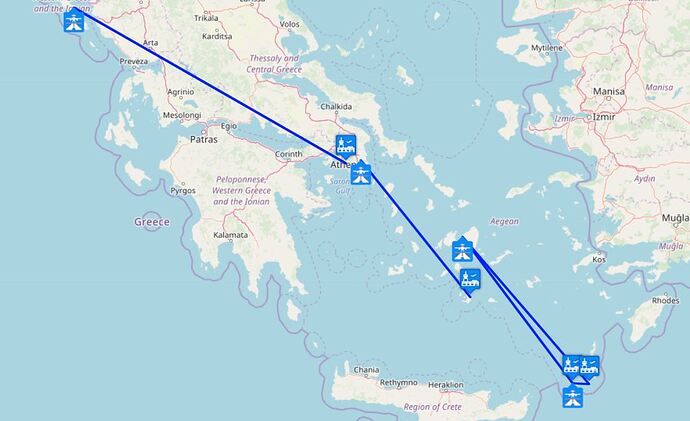 Now Albania - or Shqipëri as it’s known locally - isn’t a country I know all that much about, so I’d love to hear your recommendations about where to aim for and what to see before I head south again to Algeria, the next country on the list…

I wasn’t trying to hit every town in every country, but now you’ve mentioned it, I’ll have to try and make it there, too!

It was interesting to read that the number of countries in the world fluctuates:

Which Place In The World Doesn't Fall Under Any Country?

Believe it or not, but there is a place in the African Continent which doesn't fall under the jurisdiction of any country. So, if you want to declare yourself the king...

One page said there were 195, another read it was 197, and one other said there was as many as 257. Some are recognised, some are not.

It’s a bit of a political minefield! (Is Taiwan a country? Is Palestine? Should we count places like Greenland?) ! I’m going with the Wikipedia list, which is based on UN membership - this comes to 193 at the moment…

It’s like the one question is that one oil platform that considers itself a tiny country a country?

I got to 243, counting the places with autonomy. However there are varying degrees of autonomy, when is a country a separate country.

In Africa you have Western Sahara and Somaliland that are disputed, Kosovo in Europe, Gaza in the middle east, Bougainville, West Papua, Kurdistan doesn’t exist yet but has a capital (Erbil) and many others want to separate. Then you have autonomous regions in China and Russia, for example the Yanbian Korean Autonomous Prefecture, Korean identity in China.

but that also includes a couple uninhabited territories. You can’t be a country without people!

This is my rough planned trip. They are the stops I plan to tick a country off. But lots if stops in between.

For Monaco will probably land at Nice.

wow, what a dedication !!

Loving this plan and ambition.

I’m 75 legs into my scenic RTW trip with no real plan other than to see the world. 85,328Nm so far and 327hrs 7 mins flying time. You can read all about it here if you want (might help to while away those long cruise hours for you):

INTRODUCTION Hi all. Having reached Leg 75 of my travels, I thought I should put a little intro here for those who may be coming to this thread new. First off, I am new to flight simming - I have tried xplane, but never really got into it. The visuals of MSFS attracted me, and here we are. As this is a sim, there isn’t progression or missions etc to provide clear focus on achieving goals, so I decided that it would make my flying more enjoyable if I did have a purpose or aim to it. So I decide…

I’m also planning my next trip (which has kept me amused on the longer cruise legs!): visiting every capital city in the world (227 on my list!) flying direct only and doing so in as efficient a way as possible. For those familiar with it, this is a very large example of the travelling salesman problem - how to visit 227 places and minimise the total distance travelled. With a bit of excel magic, I’ve landed on a route that is 94,868Nm long. It looks like this: 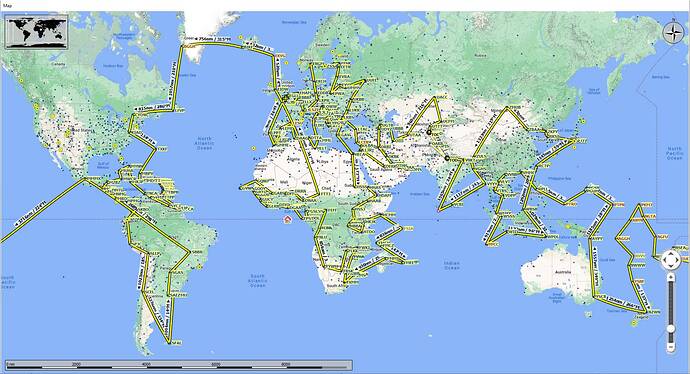 Debating whether to use the DC-6 or the Longitude.