I believe DLSS is not ready for prime time until the nvidia driver is out. I may be incorrect, but you may want to see how things are on TAA.

The nvidia driver is out

I tried it with the new driver.

Finally the AP panel is going nuts and is flickering and blinking like crazy. What’s going on?

I updated to the new nVidia GRD and performance is great now, BUT…very strange behaviors from the APs in the 414AW and 310R. Like they have a mind of their own. I do use the KAP140 mod which might only affect the 310R, but the 414’s was whacky too.

Ive come across this alot on other threads recently, what is the issue with the heavy mod…? Is it conflicting with other mods… love that mod! Do I need to remove it if I’m planning on flying the C414?

It seems a working weather radar is coming. Some initial dev work was posted on the FSW discord.

I downloaded the nvidia driver and tried dlss and thought the gauges were too blurry, so I changed back to TAA and had no issues with the 750xi

man this plane. i cant bind my hotas to fuel pumps, alternators and so on… any workaround ? thanks!

@garack666 There are several threads in the flysimware discord under the heading Hardware Binding Support. You will need to use a 3rd party tool as the in-sim controls mapping system does not handle the custom assignments. I like AAO but fsuipc is another popular one.

So today I tried the 414 again after complaining about the 750Xi and the AP displays bugging after using DLSS. Turns out this is only happening when in VR. Can anyone confirm this?

Anyone seen this going on with the 414. I’m not sure if its a SU10, DX12, of 414 (I just updated to v3.2.0 via marketplace) thing. But I’m seeing a pink/red glow from the engine vents. You see this as a red/pink patch even during daylight, but as darkness comes it glows fiery red & looks like its also glowing from inside the engine vent too on both sides. Intentional red glow or DX12 graphical anomaly? 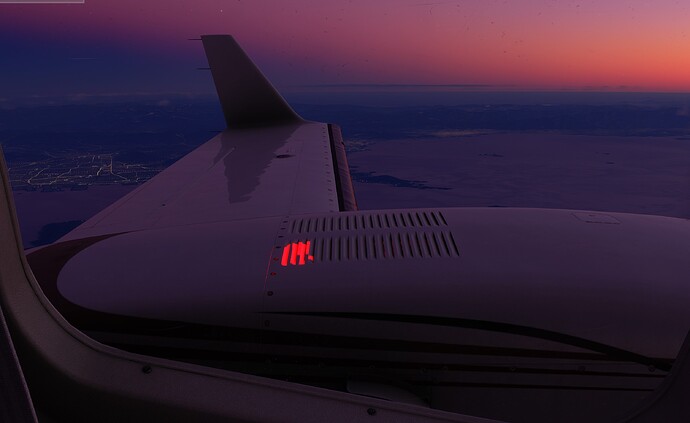 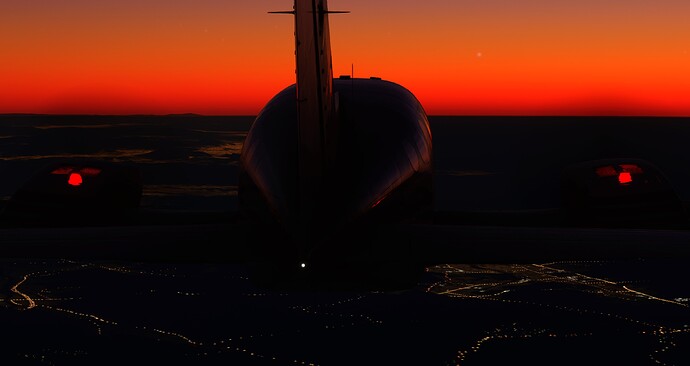 It’s intentional. It’s the glow from the turbochargers.

that’s an anomaly, yes the turbochargers glow, but you shouldn’t be getting those bright red patches on the outside textures.

Is that a new thing in 3.2.0? I ďidnt see it in the changelog. If its also in the 2.9.? Release then since it’s punching through red on the exterior it screams a DX12 thing to me.

It would be seen from between those vents I would expect, but perhaps not as vividly as it is seen here, like a glowing disk, or ball. More of a glow maybe, and less defined?

Dx12 then then most likely culprit. Im running dx12 and dlss, but tried toggling dlss off but no impact. Unfortunately chnging dx11/dx12 requires a full reboot to smwitch. Ill give it a go later. There are some dx12 anomalies around, but many aren’t that bad.

Right. These are solid pink in daylight / red in dark glowing exterior patches. I’m sure it must be a dx12 thing now.

It’s been there as long as I can remember, and I was an early beta adopter.