FPS extremely low after a long time running, but when in the menu, FPS will go to it's normal state again

Hello, i’m experiencing this issue in Steam version of the game.

This is the scenario:
Planned a flight between RJTT and BIKF
Took-off with the plane, left it at cruising altitude and speed.
I went to bed.
Woke up 8 hours later and the performance was bad. 10FPS when running it, but when i pause and go to the menu, the FPS goes back up to 45 fps.
Then i decided to open the Task Manager to check my resources usage and here’s the results:

When the game is running: 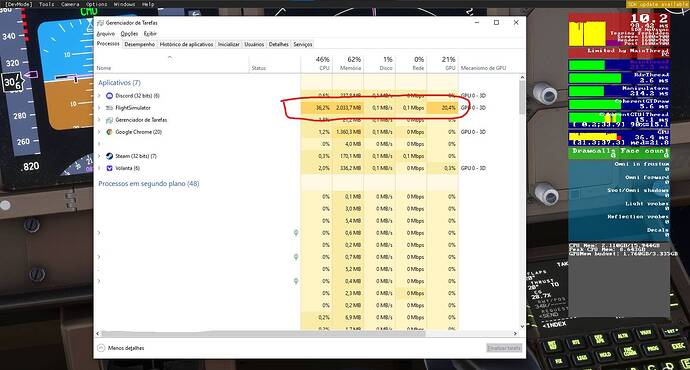 When the game is paused in the menu: 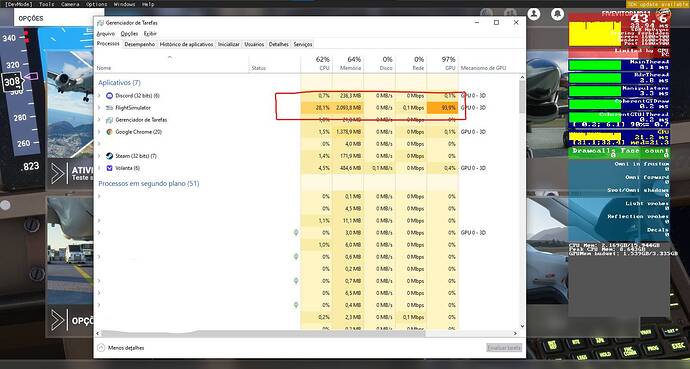 For some reason, GPU usage is very low when the game is running, but once i pause it, its usage increases and the FPS goes up with it.
I have already reseted my rolling cache and disabled my live traffic/AI traffic. None of these fixed the issue.

Edit:
Seems like the game is limiting itself to 10FPS, it does’t goes higher than it, in fact, it stays at exacts “10.0” FPS for some reason.

Judging from the first screenshot, it looks like you’re limited by mainthread. Have you tried applying this? This topic helped me get out of the Limited by Main Thread issue and restores my FPS.

There’s a whole mega thread on a similar issue. Could be the same thing. It’s a bug. Long read but there are now workarounds.
the related thread is here

Oh, i will check on that. Thanks!

A post was merged into an existing topic: After playing a few hours, FPS drops from 40 to 5FPS

Closing topic as @BragRaindrop933 noted that this seems to be a similar issueas as the following:

Please continue there instead.