I’m at a loss with some of the stuff. I’ve bought the red arrows plane and added freeware a350 neo off flightsim.to - I have the Saitek x52 and the throttle quadrant just doesn’t work with either of them.

On the red arrows if I push the throttle forward with the mouse and flip to quadrant it just rolls the engine to idle. On the a350 if I push the quadrant forwards it puts engine 2 up but rolls engine 1 to idle. Even puts it in reverse if I’m on the ground. I’ve mapped the quadrant to control engine axis, engine 2 axis and engine 3 and 4 axis. Doesn’t change a ■■■■ thing. There’s probably more planes out there I will have issues with.

Any advice from anyone?

Does it work OK with default aircraft? Are you in BETA?

I presume you mean a330 NEO. I’ve seen a few people have had that issue.

I have the same HOTAS as you and all working OK for me.

Apologies yes a330 and the red arrows is hawk T1. All okay with default aircrafts. I’ve noticed with my paid 777-200 the autopilot doesn’t engage either. Seems like another issue.

But other planes I’ve bought such as 737 max and can’t remember it’s name. They work fine with the hotas.

Try reinstall the a330 neo and it should work. CaptainSim 777 is useless to he honest but it can be improved with Salty mod.

If you need help with this leave me know.

The A330 gets its throttle calibration from the FBW A320.
You do need to have that installed to get proper throttle operation for the A330

On single engine 3rd party aircraft, in most cases, you do need, as mentioned, to remap your controller to Throttle 1, not just throttle.
That often presents another issue, as the default single engine aircraft seem to prefer the “throttle” command, so often a separate profile is required.

I have installed the fbw a320 I wonder if that works… I might test that in a bit. If that works and the a330 doesn’t surely there’s something weird.

What do you have as a throttle?
Don’t forget to set up the throttle in the FBWA320 flypad!

Hotas x52 as throttle. How do you do that? I think a320 fbw must have changed since I last played it ?

You do it via the EFB within the FBW320.

See the A330 relies on FBW so you need to do that first.

I have the X52 aswell and it works perfectly.

Here is a tutorial. 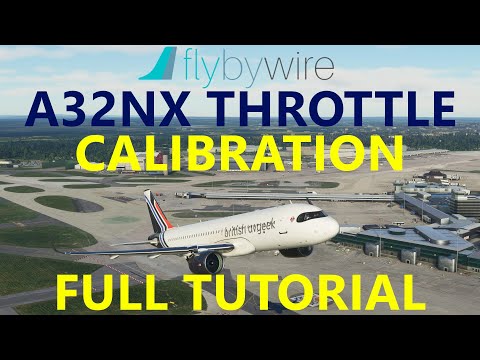 The A330 gets its throttle calibration from the FBW A320.

Is that true? I thought the Headwind A330 is based off a version of the FBW A320 from before throttle calibration was introduced.

The A330 is also a stand alone plane. They mention in their description that you don’t need the FBW A320 installed to use it.

I guess I’ve never really looked that closely when flying the A330 since I do so infrequently.

They don’t require you to install the installer but the version still incorporated the calibration of the throttles I believe.

I could be wrong but it works for me and that’s the process I followed.

As far as I know.
Here is another thread on the issue.

If I don’t do as stated then the throttles are backwards still. Have tried Setting to no avail. I have to do the delete install thing before each flight. Anyone else still bothered by this? Any fixes? I have the latest version, I might try installing an earlier version.

There is no throttle calibration or settings in the EFB related to throttle. It’s an old version of the EFB tied to the old 0.6.x FBW Stable release used for this plane.

I tested the throttle positions with my throttle quadrant and the positions do not match the calibrated settings I have on the FBW A320.

So I’m not sure where the A330 gets its throttle positions from. I’m guessing it’s just a hard-coded set of the values from the throttle control axis position.

Side note, not having detent hysteresis available in the A330 setup makes it a pain to get throttles in the CLB position after take off.

Nothing atall wrong with that stick… I have used it religiously for 4 years.