For all pilots that have issue with the current VFR map 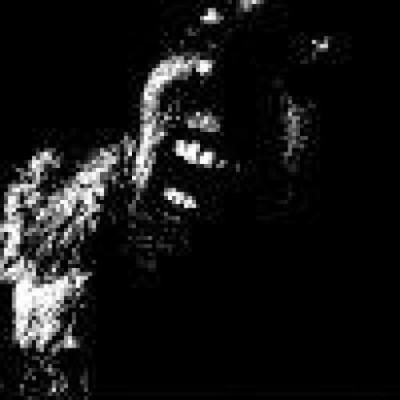 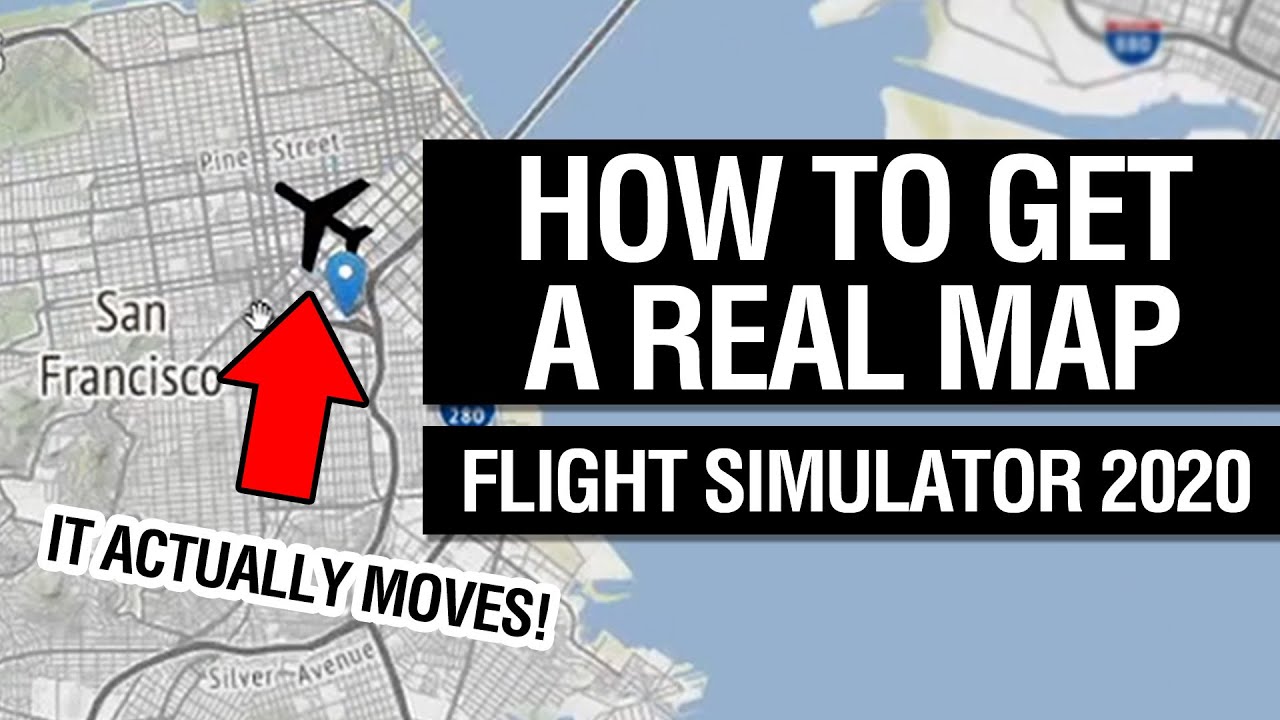 Agree more work needed… but that is version 0.0.7

Why is this still being ‘sold’ as using google map, when it is using Open street map.

But anyways is a nice little addon.

You can ‘unfollow’ the plane and browse the map.

You can: Put a marker on the map, click the marker and enter height in ft. and then teleport your plane there. But remember when the plane is teleported it has no momentum so be prepared to save it from a stall.

True @RealSei RealSei, and last update from version 0.0.07
The map can be moved around and clicking on the aircraft icon allow to select the follow it.

Another addon that shows promise. I’ll let it mature a bit longer and come back for a second look. MSFS definitely needs some kind of detailed real-world mapping - ideally we could just turn on some kind of overlay in-game (never gonna happen, right?). Trouble is I have just one monitor, so I’d have to be constantly switching out of MSFS to view this addon - and that probably means stutter, slow-down or perhaps even CTD. You think with Bing Maps attached to this thing they could have found a way to build-in town and city naming, at the very least…

Trouble is I have just one monitor,

True not easy to do on one screen, that is just a workaround until the build-in VFR map will get more developer time

Which has the option to disable aircraft tracking. It doesn’t have the nav data option which looks good on the Vfr map plugin so I’ll check it out.

I’ve been using this for a while now, and I quite like it.
You can also open port 9000 on your system and allow others to view your progress on the map.
It’s a good idea to disable teleporting though, so someone else doesn’t launch you into oblivion while you’re flying.
The OP’s post of the YouTube video is misleading… the person on the video isn’t using it properly and makes some false statements. You can click on the Airplane and turn off flight following, then you can pan and zoom anywhere on the map. Also, the developer originally used Google Maps, but did not want to pay the licensing fees for it, so he switched to OpenMap. He does allow you to open the same map location on Google Maps, but without flight following. 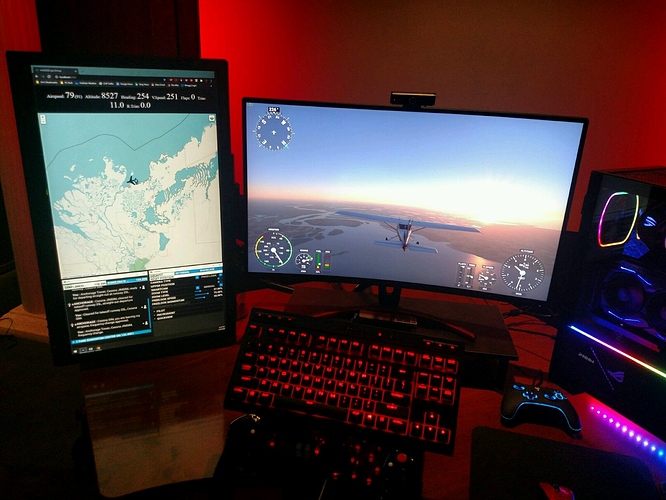 Agree that the YouTube video is not so accurate and old, still… as long as they spell your name right who cares…in the case the link is OK

That’s cool, but I want something like Avitab, for using it in VR

OOooooo… This looks promising.
I’m going to have to check this out when I get back to the Sim.

Edit:[Currently the “Join” button gives errors, and I cannot determine where the actual website comes from. I managed to find an email address for the developer and have sent an email - Does anyone have any clue how to find out more about this link? Obviously there are others already logged in, I can see them on the map]

Looks like you are flying near Tuktoyaktuk and that is the Mackenzie Delta in front of you - now that is remote!

Wow… you’re good. Tuktoyaktuk was exactly where I was headed. I got a bit of a shock though when I teleported myself there (was testing the feature) and the terrain wasn’t there yet. I had to wait for things to develop beneath me.

As I recall the join button just pops up text and there’s a link to download the client. If we’re talking about the events tracker

I have been there in reality, and I am a geographer by training so had a little help

Did the pingo’s show up then? I have yet to get there in MSFS.
My plan is to place all the airstrips that are missing in the Canadian Arctic, many of which are listed as abandoned but still exist and are still used. One for example is Saglek, Labrador, which is used to access Torngat Mountains. I have a preliminary version built, but learning how to do it has made me use it as my test bed. Eventually I will get it completed. Also, I have already placed a few animated “objects” in it that I found in the MSFS scenery that has not been stated elsewhere

Have to make a treat for people to go there and discover.

Yes exactly, the join link is to a pop-up window, and on that is the “Download MSFS Client” link, but when selecting the download link, I get an XML file error. Same with the “Download Legacy Client” link on the same menu.

Does this work any better or differently than the map in little nav map?

Gotcha. Just tried it and I also get the error. Must be. Recent thing as I have it downloaded.
Looks an issue on the server. I still have the original zip. I could try and share it with you. Not sure of the legality of that though 🤷🏻

Not a problem, thanks.
I’ll wait and see if the email to the developer triggers something.