I have just purchased the FS2Crew RAAS addon and I absolutely love the idea of it. I never purchased it back when I used P3D. But I find it adds a lot of immersion to my simulator and currently no one is really talking about it so I thought id start it up. I have it and like it, what do you guys think?

I had this program on P3D. I can assure you that it is very useful. I will buy it as soon as possible.

I must really look into FS2crew.

They make good stuff. I made this post to bring some attention to them because I think they deserve it and aren’t getting any attention for a good product that a lot of users might enjoy(obviously I’m not sponsored or anything). I just like to promote good products that don’t get a lot of attention to other simmers. They make products such as push back express as well, it looks good but I haven’t looked much into it. I’m really waiting for GSX as they state they finished the code and only have to remodel their vehicles. But back on topic, FS2Crew has made quality addons for a long time. Do check them out!

I’ve just seen FS2 crew for FBW. Is there a base pack available which suits all forms of aircraft?

Going to check it out now, but not familiar with what RAAS is.

Going to watch some tutorials on that.

For MSFS, no I dont believe there is a base “co-pilot” one for every aircraft as that’s much more in-depth with actual checklists etc. But I believe you may have been able to buy a bundle in P3D so maybe that will be available at some point once we get some higher-fidelity aircraft. As for RAAS, it works for every airplane.

RAAS stands for Runway Awareness and Advisory System. It complements the GPWS system in the aircraft informing you of things such as what runway you’re approaching, what runway you’re on, how much runway you have left, excess speed on taxiways, if you’re currently landing long etc. Below is a good irl overview. 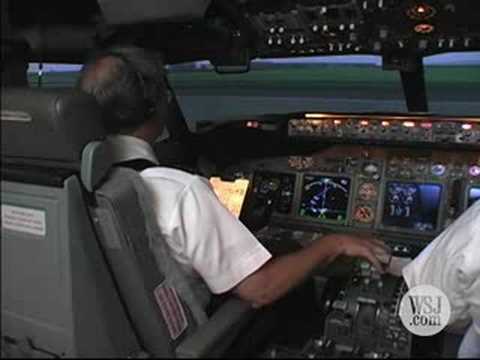 And does it work for all aircraft?

Yep, currently, it works for all aircraft. The only limitation I see is that it doesn’t work in airports that are encrypted such as premium deluxe Asobo modified airports etc. But it does work on payware airports, for instance, it doesn’t work on Asobo KDEN but it does work on FlightBeam KDEN. Hope that helps, it has a lot of options as to what RAAS features you want to be enabled or disabled.

If you’re also curious as to what issues people are having the official FS2Crew forum is using avsim.

EDIT: FS2Crew is currently looking to find a workaround for the premium deluxe airport issue btw.

That RAAS addon sounds cool. First I have heard of it. Think I will pick it up. Cheers.

Installation manager is pretty straight forward, just make sure you select RAAS (at bottom of the list) if you get click happy you can accidently install the other products without realizing.

UI has allot of options, in game menu is a bit clumsy looking but it does the trick.

Will try out functionality tonight.

No problem, I agree with pretty much everything you said. I hope it works out well for you, I think it adds a bit to my sim.

Just did some procedure work at KEYW practicing vectors and missed approaches with RAAS running. Cool little add on but I need to get it customized to my aircraft for better accuracy (looks easy enough to do).

It did not like my go-arounds was screaming at me for flaps and unstable.

lmao, yea glad to hear it’s working well for you!

I used RAAS in FSX/P3D in the past, and use the freeware version in X-Plane.

Once FS2020 get’s better for airliners I’ll definitely be interested, but for now I’ll hold off. (I’m just not a Airbus guy. Waiting for a good Boeing (maybe once the PMDG 737 is released).

Absolutely, hope more complex airplanes come along as well. On the edge of my seat for this year, cheers to a good year.

Bought yesterday and I think it’s a fantastic plugin (when it works - more in a moment). Not only does it add the runway callouts, it also does a whole host of other things like landing performance, reminders to set standard altimeter, etc. Also you can create a different profile for every aircraft you fly - you’d want to configure different takeoff/landing minimums for example.

The downside at the moment is it doesn’t work with some of the bigger airports. My first two flights were, rather unluckily as it happened, EGLL - EGCC then EGCC - EHAM. All three airports were either not detected or detected incorrectly. Everything reported to the dev and as noted earlier a fix is coming that should allow all airports to work.

Definite recommendation from me, I think all in all it’s a really good addon.

Edit: For anyone who buys it, do avoid the mistake that a lot of people make: the plugin starts disabled, you have to click the red “power” icon at the top to turn it green, which is enabled.