Not sure if this topic belongs in this sub-forum, but it seemed to fit best.

I’ve spent many hours trying to import fairly simple freeware FSX aircraft to FS2020. Most of them have ended in CTDs, but I may try again. However, two have worked very well and two are reasonable, but flying is pretty arcade-style.

The two I have working nicely are the CBFS (Classic British Flight Sim) dH Mosquito, and Dave Garwoods’ dH Dragon Rapide. I only tried the wheeled version, but I’m sure the float one will work, too and will be trying that soon as I could do with a water plane for Neofly missions.

I also got Dave’s Hunter to work, however I only tried the F1-F4 model, as I didn’t have time to import all of them, and each would have to be done separately. In any case, although it imported just fine, the flight dynamics are arcade, to say the least. But it does look really nice externally!
I also got the Rotorhub Falcon 20 model into the sim and flying, too - but the gauges are missing, unfortunately.

btw I used the Touching Cloud model converter for these.

Okay - on to the screenshots. Remember, these are freeware aircraft and for FSX, so no dev bashing, please. 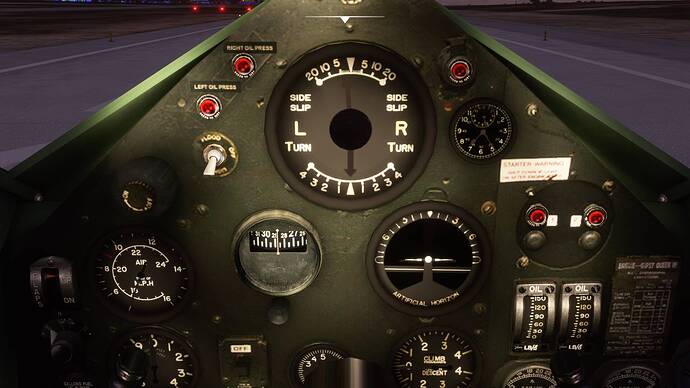 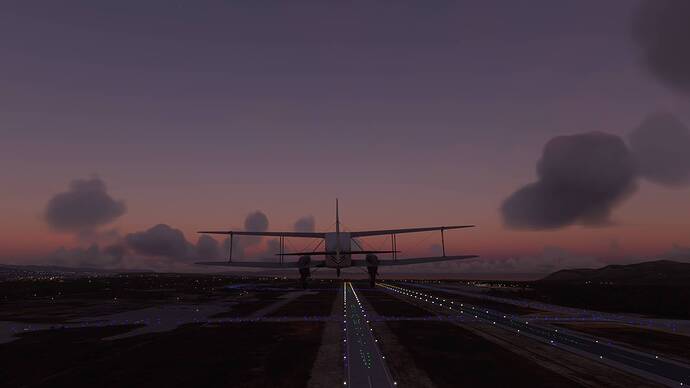 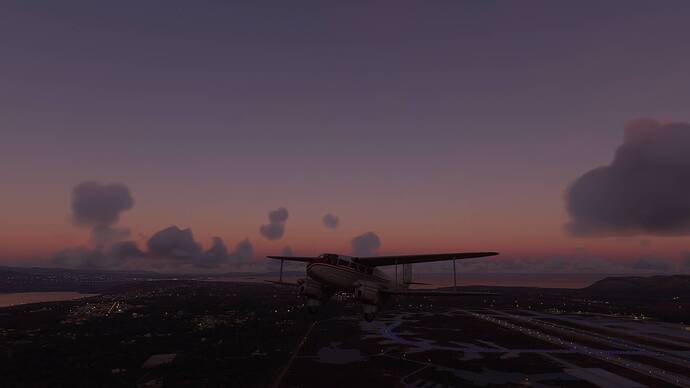 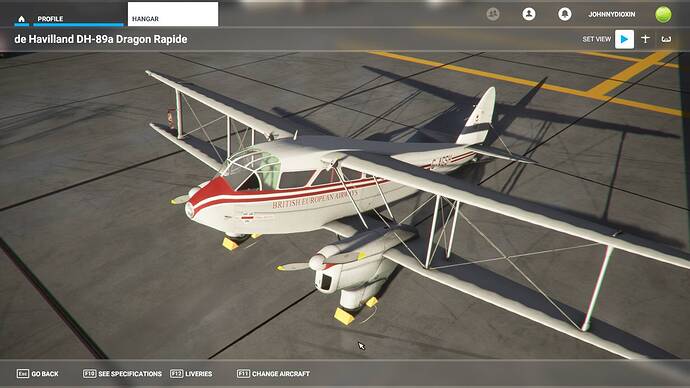 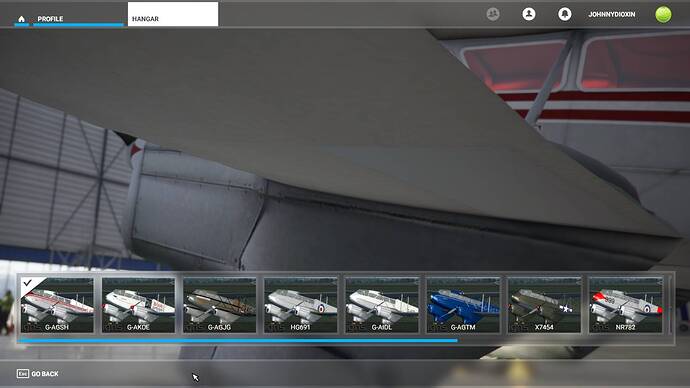 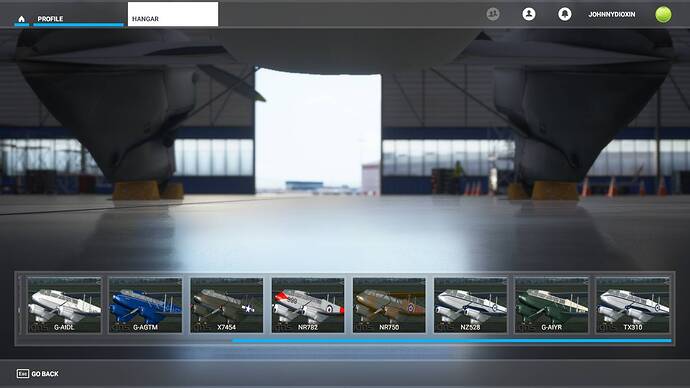 This is the CBFS Mosquito: 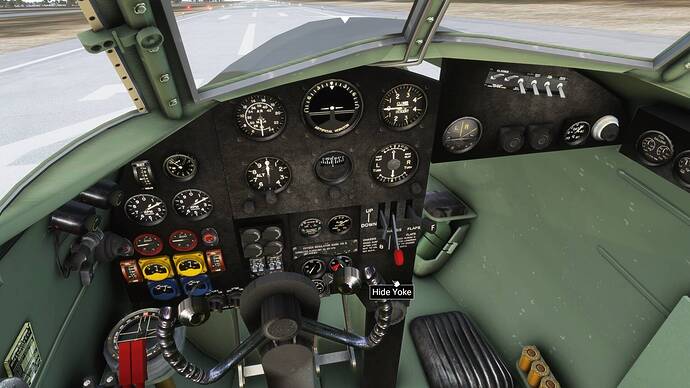 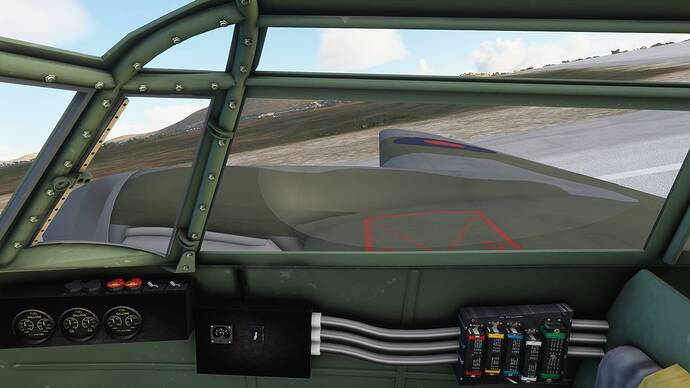 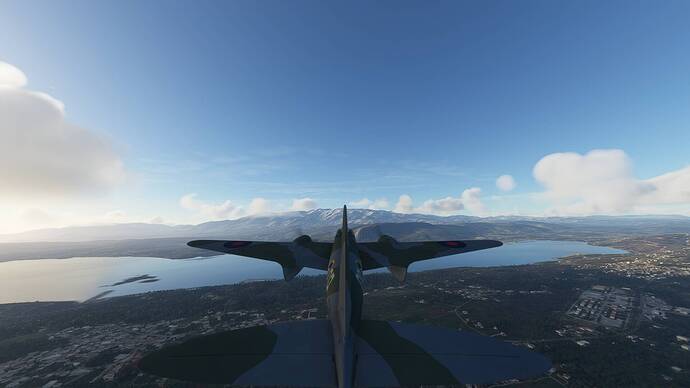 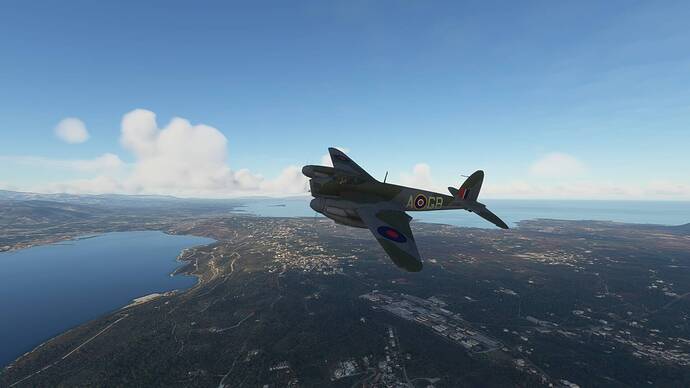 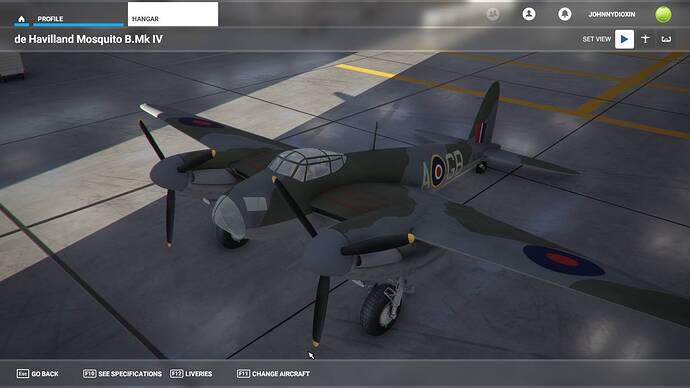 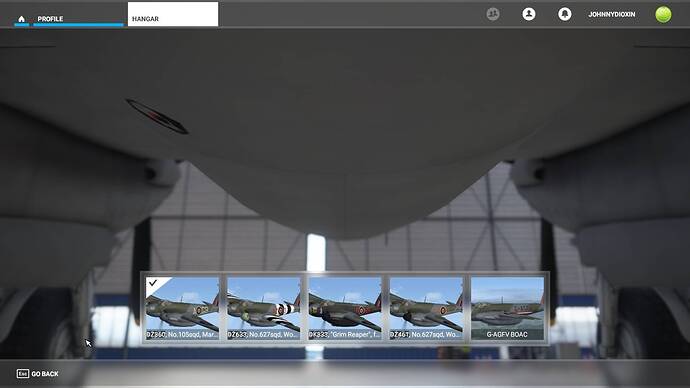 …and the Dave Garwood Hunter F1 - not a pretty cockpit, and crazy to fly, but very nice model externally: 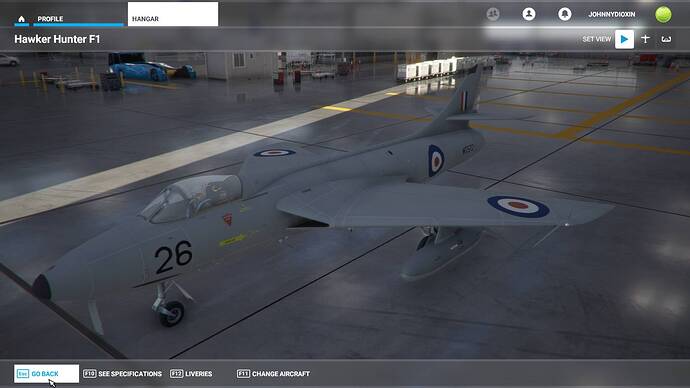 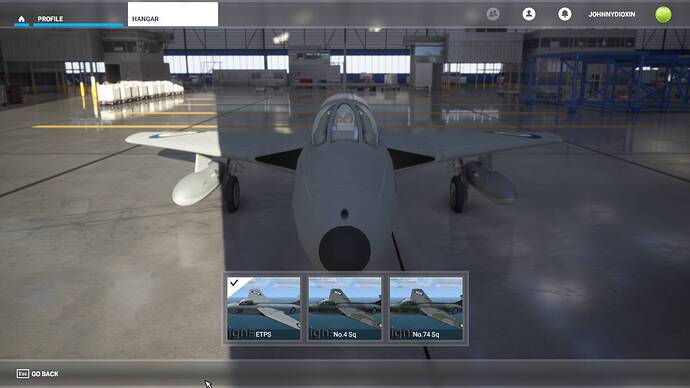 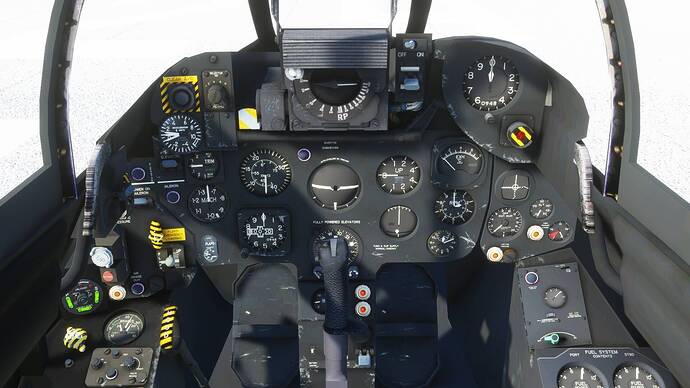 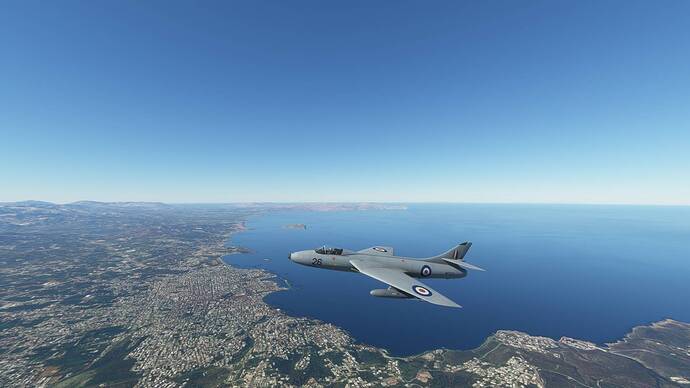 In future I’ll post here only about the models that work well - but I wanted to show what is possible by someone with zero idea of these things, but used to sim aircraft config editing.

PS - thanks to Dave G and CBFS - you guys know who you are (long time no ‘see’!) for these great models. I’ll be trying to convert more, soon. Unfortunately, the one model I really hoped would work is a non-starter - the Rick Piper Chipmunk. Oh yes, it loads and runs and flies - but it’s invisible!

We really do need to find a way to share conversions. I am not suggesting a copyright infringing free for all, but There has got to be a way. For years, freeware aircraft have been uploaded to numerous sites. So have modifications of them, and repaints. While this thread (and others) on the topic are useful for those who are converting, for the rest of us who have had no joy with the converter, or have no inclination to try it, these posts represent something akin to a Christmas gift we can’t afford or open. Any suggestions on moving ahead in this conversion issue, and being able to share in an ethical and legal way?

What is or isn’t legal will depend on the specific terms under which particular freeware was originally issued. And that can vary quite a bit. There isn’t going to be any general solution.

EULA will definitely come into play, some developers are a lot stricter around it while others may take it as a nice surprise to see their aircraft working in the new simulator.

Well this is why I haven’t - and won’t uploaded anything. Whilst I know Dave Garwood (who’s a great guy, btw) and some of the guys at CBFS and have known them many years from the old forum, these are their works and I have zero right to be uploading anything of theirs.

I know they got upset at sites uploading their models and refusing to take them down even when requested by the developer, and on top of that, charging to download them at anything more than dial-up speed.

I just wanted to show what is possible. This is what I have managed to do, for myself. Also, it helps those of us who are doing this - and I have to say it is far from difficult - if we can pool knowledge about which models work and which don’t and what problems we might hit along the way.

I’m hoping that eventually a ute will be released by someone who knows what they are doing - even if it’s payware - that we can all use to convert our own personal libraries without lots of illegal or unpermitted uploading of other people’s work. I doubt that will happen as there are always people who don’t care about other’s work and wishes and will upload them anyway - that will probably happen regardless as it’s how humanity is.

But if we have a good list of what works and what doesn’t it will help people save time and lots of frustration and enable to them to see if something they like is convertable and do it themselves. Even that is not failsafe as I had models that gave me a CTD to start with and then worked on a later sesh without me having changed a thing.

That leads to another crunch point which is the question of support. I don’t want to be trying to sort out Joe Blogg’s issues when he tries to get something working that I converted or that I said works but doesn’t on his PC - that could get really excessive, very quickly, and make me just bin the whole thing and keep it to myself. Likewise the original dev is not going to best pleased if he gets people pestering him about a model that a 3rd party converted for a sim it was never meant to be used in.

So I won’t be uploading anything at all for public use - I’m afraid if you want to try the models I got working, you’re going to have to convert them yourself. Like I said, it isn’t difficult at all and the instructions in the utility are clear. Most I might do is upload a video to YT showing how it 's done, but I believe that has already been done?

PS - okay, I will do a video and show how simple it is, a short one and clearly show - it will be obvious how little I know about these things, and if I can do it…

Excellent replies the last few posters. what if a group of dedicated conversion enthusiasts formed, with one person becoming the mediator to reach out to designers. A list could be compiled of models that original designers agreed to both conversion and continued distribution of the results. Perhaps some of them might even assist. Then the group could pool their knowledge to produce the best possible conversion. Release would be in an agreed site, whether a legacy site like flightsim.com or a new platform, or a dedicated group website. A thought, nothing more.

KJKerr that might work, though tracing the freeware creators might not always be easy, and whoever was responsible for contacting them would have to be very tactful, and willing to take a simple ‘no’ as an answer. If the original release had any conditions attached to it (many do), such an approach could easily be taken as asking for more than was offered. And some people like to retain full control of their creations - as they are fully entitled to, even if they release them as freeware. And it should be borne in mind that releasing something as freeware on one platform doesn’t preclude the creator from offering something based on it on another platform as paid content. There are many legitimate reasons then why such creators might not be keen on the idea of handing over control of a conversion to others, and they need to be respected.

Many good points there. Thank you for the thoughtful reply.

I’ve done the video guide on converting, but it needs some editing, so it will probably be completed and uploaded by tomorrow morning (UK time).

It’s still a bit too long, I think, but I’ll probably do a really quick, short vid at some stage with just the actions required and no extra info.

I like the Auster although I wish there was way of making the windows clear as they look too opaque to me!

I have a few of those Auster types on my storage disc - I remember the Autocrat was the one I flew the least in FSX and it may well have been because of the canopy clarity.

I’ll check the other ones and see if any are better.

Thank you for doing this video. You solved my biggest initial issue, namely my FSX is on an older computer than my msfs, and I had held back from trying the converter because I assumed I would have to install FSX on the new system. I have now converted several of the ones you said would work, so with hundreds of old files, I may now be addicted to this! Thanks again.

sounds like your using an older version of my Chipmunk

There is a FSX native version on CBFS

Sadly I’m nursing my wife who has Stage 3 Cancer currently so I’m unable to do any fixes.

http://rickpiper.cbfsim.org/beta/FSX_Chipmunk_beta.zip
this one converts for me
paint is too reflective canopy glass needs the alpha channels adjusted and main compass animation is FUBAR.
otherwise its fine to fly.

my Foxbat model is not FSX native which is why it wont convert.
it was fsx compatible so wont work.

Thanks Rick - sorry to hear about your wife, that’s tragic. Best wishes to her, as well as yourself.

It would be nice to get the Chipmunk in the sim, was a fave of mine in FSX, especially for the UK Farmstrips tour. I’m hoping to get my 4th flight in a real one soon (last flight was 1980), as the local airfield’s Air Experience Flight have managed to procure one - once we’ve got past the Covid threat. I have to lose a couple of kilo’s first!

I haven’t tried the Jetstream at all so far, so I’ll have a look at that, too, thank you very much.

you should be able to convert the chippy i sent link to.

it converts for me just ends up too glossy.