Unforunaly still stutters at all Airports after SU7

screenshots please, it could be that the installation is defective for many others - and they do not see this beauty !!!

The Carenado 170B cannot be taxied anymore. Tailwheel turns wildly and the plane veers violenty to the left (without corsswind!), Differential braking does not work either. I guess, that’s a thing Carenado must address. Until then, good bye to my bush flying.

Most of my view commands assigned to the keyboard were reset by the update to something else.

All my flight realism settings were reset to “Easy”, most assistance options were turned on by the update (they were all off before).

There are no Cockpit View Translate Up or Down commands in the Control Options anymore. So how do you reach those cockpit switches located down below where even looking down is not enough to recognize or operate them reliably?

Landing View still does not work. Well, to be honest, it stopped working already some updates ago.

Flying low, I encountered a lot of ugly synthesized scenery instead of RL satellite textures today. Maybe the data servers are too busy today?

Seems it is time again for a hotfix?

On the positive side:

Diamond DA40 TDI taxis again as it should. Thumbs up.

Switching off the automated logbook popup during shutdown works. What a relief!

don’t be a muppet…

The Carenado 170B cannot be taxied anymore. Tailwheel turns wildly and the plane veers violenty to the left (without corsswind!), Differential braking does not work either. I guess, that’s a thing Carenado must address

This rudder problem happened with every plane after the update. You just need to rebind your rudder or turn autorudder on and off again and it’s fixed.
Same for the views, it’s a problem on your side, try rebinding the controls. Everything works here as it should.

Sadly, I have been suffering a number of CTD’s particularly when switching to Showcase view.

Hahahahahaha… I guess one mans total garbage is another mans best SU to date.

I have not really tested Much only did a 50 min Flight today. No major changes for me.

I reset all my settings, from easy to hard So Thats why I found it difficult taking off, I didn’t think of changing my rudder settings.

I assumed it did’nt need changing because all my other profiles were the same with My Bravo, Alpha and my TCA remained the same.

I will look at that tonight. Thanks. Just one other issue my trimming wheel on my Bravo 20000 turns lol, but I use my Alpha buttons for trimming now. 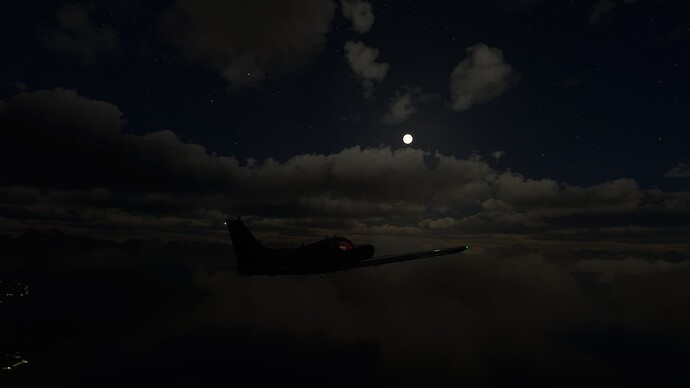 “Same for the views, it’s a problem on your side, try rebinding the controls. Everything works here as it should.”

Nope, no way. The commands to translate up and down in Cockpit view have been removed completely. Why I dont know.

I am a senior citizen and as such have many problems that I tend to dwell on at times. This sim has become my biggest escape from my problems. This update has made the world beautiful especially at night. The more immersive the sim is, the more I forget about my problems during flight. I must say that this latest update has been wonderful for me. Thanks so much to the genius of Asobo for creating this wonder.

Another correction - after the restart the cockpit translate up/down work again.

I found them under the name Cockpit Increase/Decrease VIew Height. So they have not been removed. Mea culpa.

they know that trackir was broken, released it anyway…thats Asobo.

don’t use DX12 at the moment - doesn’t really convince me, that means my installation is ok - that just looks like MSFS with FSX Weather engine, ok a bit better, like my P3D V4.5 with AS - cumulus clouds directly above the earth - then something can’t be right with the cloud height, but thanks anyway !!
cheers and please don’t misunderstand, I am a MSFS Fanboy of the first hour, just because of the weather representation but there nothing really fits together in SU7, except for exceptions (mean now only the weather) !

Have to agree it’s a great update. I need to test weather more, but so far I’ve not found much wrong with SU7 & frame rates look good for me. Many thanks to devs for an early Christmas present.

Lol, told ya. Most problems people say they are having are on their side and can be “fixed” easily.

Well, the annoying thing is that after each update you have to find out tediously how to get it working again.

One more issue:
When I tried to fly leg 3 on the Iceland bushtrip before the update, it did not register my landing at the destination Akureyri.

Just tried to restart this leg 3 (Egilsstadir-Akureyri) with the update, and each time it places me at Akureyri, the DESTINATION of that leg. Did try to take off and land again. No luck, it does not register. Tried reflying the previous leg, and it went ok,. Then tried leg 3 again, and again it began at the destination. So I’m stuck.

Not quite sure if I can fix that “easily”.

Live weather visibility is effectively broken in the US.

not only in the US !