Here Is My 15-Leg Bush Trip Through Central Idaho

Thank you so much! I think the included bush trips were fun but a little lacking in challenge/weather conditions. Really looking forward to flying some of the first legs later today.

Edit: Really great. I just completed Leg 4 to Cascade (U70). Nice airport that I wouldn’t have visited without this.

Thanks so much! You are about to enter the challenging stuff where it gets a little (ok, ALOT) more complicated and hopefully fun. And I agree. I have only done the first bush trip, so I don’t know about weather on the other two, but I think changing/challenging conditions really adds to the adventure. Keep these updates coming! Would love all the feedback. How was the Deadwood Reservoir Landing? I really enjoyed that one!

Awesome! I just added North America to this post. Thanks Buffy!

Marginal weather requiring in-flight rerouting and planning is challenging and tons of fun! And a lot less stressful than in real life. I couldn’t see a way to alter the weather on the built-in Bush Trips.

Yeah, I don’t get why they didn’t make them more challenging. Originally, I had an option to do mine with the .flt file, which would pre-load the weather I created (I think) but I figured I would just do the suggested weather, so people could adjust it slightly for photos or to make it more or less challenging.

You’re right. Being able to change the weather is really useful. Beginners can fly in easy conditions, then do the route again with varying weather. It’s a great learning experience. Being able to vary the wind is really useful, too. Dead-reckoning with unforecast strong winds can be quite challenging, especially in the slower bush planes.

Yeah, the weather is so much fun to be able to manipulate. I have also been on a kick of planning ‘live weather’ sunrise and sunset shoots at some incredible places around the world. I have a schedule and everything for what time I need to be where. Haha

Fantastic! Thanks for this!

Really enjoyed this bush trip, it was great to have such a variety of times and weather - something the default trips lacked. I think on a couple of legs the crosswind limits probably far exceeded the limits for the aircraft - taking off in 50kts winds is probably a no-no!

Couple of minor issues I faced: I was flying without the flight plan downloaded, so the Sawtooth leg was almost impossible to follow after about the third peak, as I couldn’t tell which lake was which. Also, I use a high contrast TV and in the nighttime leg I could barely see the ridgelines and canyon walls, if the moon was behind the aircraft then it may have been easier.

Oh, and I used a Caravan which was a challenge on some airstrips, but no accidents!

Once Asobo gives us a way to create these trips in game I’d be happy to pay a small fee for them, I’ve been thinking about doing something similar for Iceland which has some great looking airports (although, not very challenging).

And a few images from my trip. 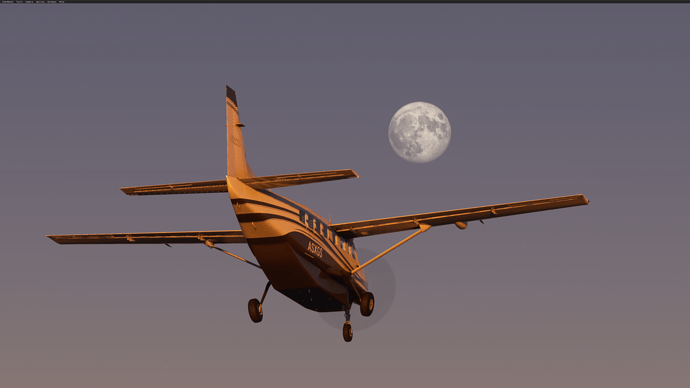 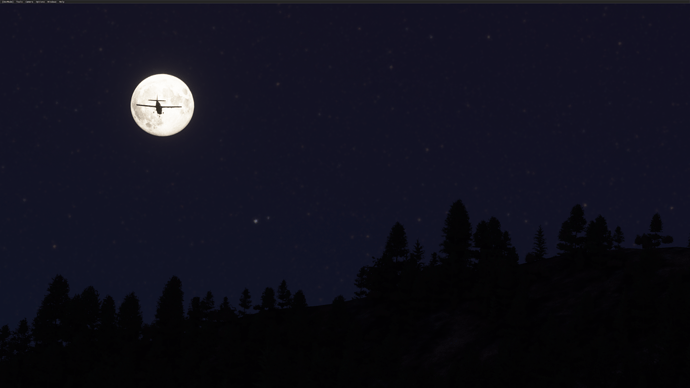 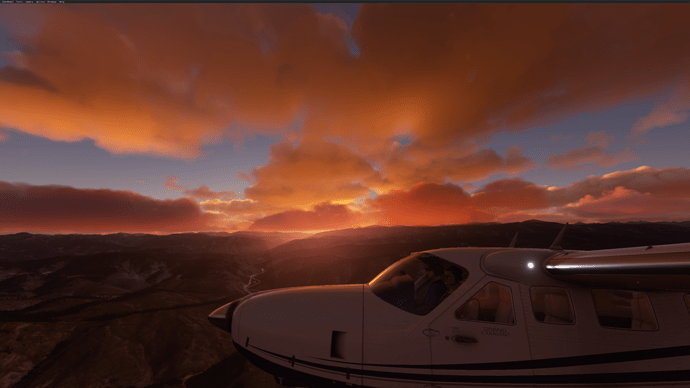 Thank you! Let me know what you think!

Ah man, I LOVE these shots! And thank you so much for completing it and the valuable feedback. For sure, that Sawtooth one can complicated if you aren’t following the Nav log to a T. Ultimately though, if you know where Thompson Peak, than you pretty much can just free fly through the Sawtooths until you are ready to exit and circle around to the peak. I might change the plan up a little to just fly straight to the peak to get a look at it, than suggest free flight around the Sawtooths before returning to Thompson Peak. And the nighttime take off one to Stanley is definitely challenging! Luckily there are street lights to help guide, although the ironic part is that there is no street lights up in this remote backcountry, but the AI just seems to take any road and add streetlights to it in the dark. Works out for this flight, but takes away from the realism of it. But I will reexamine that and see if I can come up with a more clear route out of that little canyon.

Thanks again for the kind words!

The main issue with the night one was the climb out of Flying B Ranch - I could barely see a thing! The descent into the valley wasn’t too bad once the street lights came into view.

Deadwood Reservoir and Mallard Creek were probably the trickiest strips to land on. Couple of guys tried to land at Deadwood behind me, one guy flipped his XCub and the other almost went into the trees!

Hahaha that’s so awesome. I still haven’t flown them with multi player on. I should do that this afternoon and check out how many people are doing it and watch them land at Deadwood.

They use “sporty” instead of “fun little.” Ha. Check your michaelbonocore.com email.

Hey man! I checked but I haven’t seen an email from you. You were emailing Michael@michaelbonocore.com?

Ah I take that back. Got it!! I’ll respond tonight

I wonder if you can save a Flight instead of Plan to capture plane + time + weather?

You can. But it takes away the ability to edit the weather, which is something I wanted the pilot to still have control over. There was something else that was wonky too (I can’t remember what it was) so I just thought it wasn’t worth it to include them in this bush trip, in order to give the user the best experience possible.