The MB-339 ist not that fast. I usually cruise leisurely at 300-400 knots. In that sense its only roughly twice as fast a fast prop. It’s a joy of a machine though because it’s not extremely complex and offers great visibility to experience the scenery. And there are nice paint schemes for more or less all continents.

Absolutely worth it as KrazyKruat says it isn’t too difficult to learn and is a joy to fly. I also bought the F14 and F15, they look good but not as enjoyable as the MB 339. Thanks for the Manchester comment, I think I will be adding it to my addons.

Any chance the CRJ 550/700 finally gets release on Xbox marketplace this week? I think we have enough fighter jets and now I want more airliners.

Very unlikely. I read something somewhere the other week where Aerosoft said the CRJ needs ‘a lot of tweaking’ for the Xbox. Given that it takes Microsoft an age to put things on the marketplace, I wouldn’t expect to see it anytime soon.

I’m also a little fed up of the fighters, personally.

I agree, I think if you have the MB 339 you don’t need anything else. I really want that medium haul airliner. I do fancy ASOBO’s Ju 52 though. I like the idea of flying using VOR yo VOR or NDB navigation where you have to manually tune each nav aid along the route. PMDG DC 6 would fit the bill.

I don’t think they will released it unannounced, Aerosoft have a partnership with MSFS… we will know in advance i am pretty sure! MS made a trailer for the CRJ when Aerosoft released it for PC… Don’t expect it to be a surprise release on the weekly marketplace update! 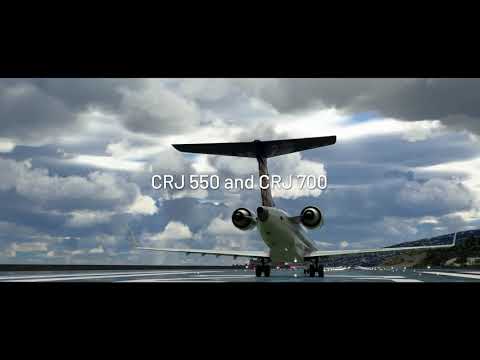 Maybe we’ll get lucky and one or a few of the JF Arrows will show up this week. Honestly not getting my hopes up anymore for the Thursday Marketplace updates.

I think the JF Arrows and the Ju-52 (really starting to look forward to this after the lackluster couple of Thursday releases) could keep me occupied until the CRJ (and hopefully DC-6) show up.

What about Areo Heaven’s Spitfire? Have they talked about releasing the Plane on the MP?

Yeah to be honest, I’m not expecting to see anything significant/decent regarding this weeks’ marketplace update. Probably more dross from the same people that brought us the appalling A-10 and the A-4.

Ive made the conscious decision to not buy anything for the next few months as the game in my view is in a terrible state at the moment on xbox.

It might be wise to turn it off for a few months and hope they fix things in the next updates.

To be honest, the avionics blackout bug aside, I am enjoying the sim immensely. I realise that of course that’s my own personal opinion, but I am getting a lot of enjoyment out of it.

The marketplace largely stinks, though. That is definitely not in dispute.

No aircraft this week…justflight must be ■■■■■■

Just utter ■■■■ again. One Xbox update. One. When we already know many third party airports had updates released ages ago.

Where’s seafront simulations for Xbox? I’m so angry with this sim at the moment. Also no update on photogrammetry just under investigation. I mean it’s a pretty big issue.

I think this might be a new low, for the marketplace. And that’s saying something.

Oh well. Another week where they won’t be seeing a penny from me. Becoming a recurring theme.