How to fly IFR in Europe

I’ve recently grown interest in IFR flights and I’ve tried using skyvector and such to do so. Almost all information that I could find was how to fly IFR in the US. I’m trying to fly in Europe, Belgium from airport EBAW to EBBR. However, I’ve noticed how different the IFR map looks in Europe and whenever I try to look op diagrams like approach plates or something they seem to not exist at all. I’ve spend hours trying to look up this information without succes. I’m starting to wonder if these airports just don’t have these approaches and such available. Maybe it’s just not available to the public but after many days of trying I’m just failing at creating an IFR flight plan where I want to fly. I’m just starting out with Flight simulator so I’m very much a rookie and lack a lot of knowledge but I’m trying. Does anyone have insight on this?

Where did you look? What do you mean with “don’t exist”? Are you referring to the official charts? Europe certainly has arrivals, approaches and departure procedures, even though they might work a little different than in the U.S. 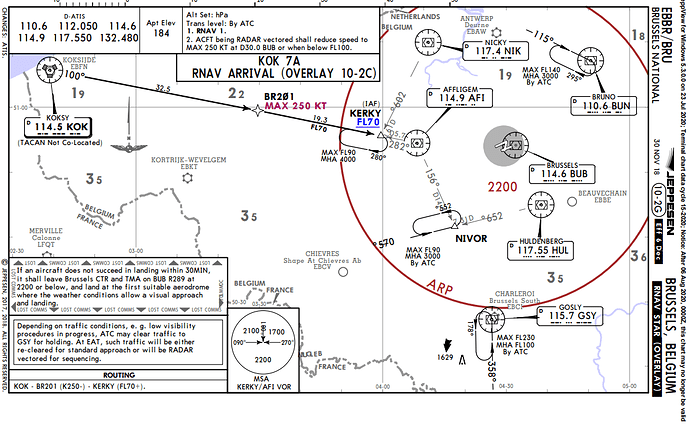 Take a look at Navigraph.

It also helps to type “[ICAO code] charts” into google.

I was wondering, does Europe have airport charts like the US does? Not just IFR approach charts? I’ve never seen an airport chart for a European airport.

These are usually part of the chart pack, located at the end of the document. 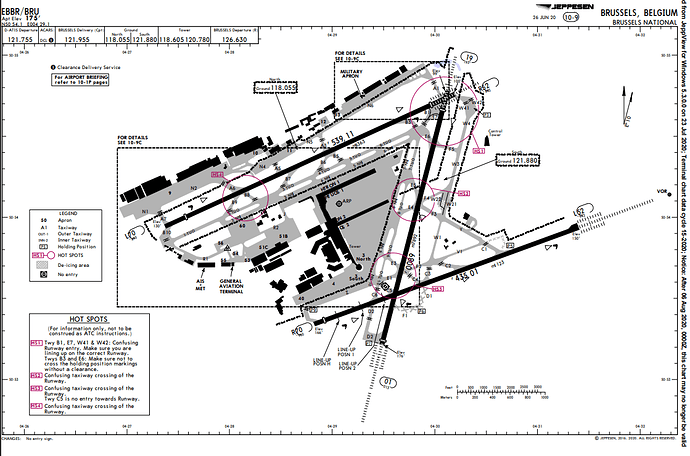 I tried looking on SkyVector but other than a little information about the airport itself it does not seem to have any diagrams about approaches or other. Also tried looking on NaviGraph and other websites I could find or just searching EBAW on Google but did not find any approach charts or takeoff procedures. I’m not familiar yet with all the different terms and charts out there so apologies if I’m not doing things correctly or something this is very much a learning proces for me. This chart is already more like the information I was trying to find.

This is one of the charts that I already managed to find. What I just don’t seem to get a hold of are approach procedures like ILS or something.

I don’t know. I use skyvector only for frequencies and runway headings and things like that but often noht for the actual charts.

I look them up directly from Google or use the free plan of https://www.ead.eurocontrol.int/. Might switch to Navigraph at some point.

Edit: What do you need exactly? There are RNAV STARs that will guide you towards the runway therefore also towards the ILS intercept. Or am I getting something wrong here?

In the US, IFR flight planning seems to be a lot easier. You have tons of Vectors aligning with airports and every airport has some sort of approach and takeoff procedure.

In Europe however, it’s a lot less clear. Not only are these airways of a different type but they also do not seem to align with airports or something and I cannot find information about landing at these airports.
What seems straight forward enough in the US is a confusing mess in Europe to me.

So just to be clear I was originally planning to do a low altitude IFR flight from EBAW to EBBR. I first tried to learn how to plan IFR flights and then how to fly them. I only managed to find these guides and tutorials in the US. I fully understood how to do it until I tried to make an IFR plan in Europe. For starters I can not find any charts about landing procedures like ILS or other. I’ve been trying to find information for a while but haven’t found anything useful so far.

As was mentioned above google the charts you want i.e. EBAW Chart. The problem with Skyvector is that it only has USA Charts, NOT Europe. For a more concise library of charts then a paid service like Navigraph is more of use, or just use Google.

But…but…it’s basically everything in the charts that you need to know about departing from or arriving at any airport imaginable. I’m not sure what your approach on “google” is but it’s all there.
Not sure if skyvector is somehow restricted regarding the data sources as the FAA is not competent for Europe.

Also, I’m quite sure you’re not a 100% free in planning your routes anyway since there are often certain airways you will likely have to use for a certain connection

I clearly have more research to do

. At least I’m a little less confused. you’ve pushed me in the right direction. Thank you for your time!

You can use Routefinder for IFR flight planning, and together with a Google search for ‘ICAO charts’ (so in your case ‘EBAW charts’ and ‘EBBR charts’ you can find the corresponding procedures, as in Europe the first point of the flightplan always corresponds with the last point of a SID, and the last point of your plan with the first point of a STAR (or a transition).
For the procedures you have to take a look at all the SID/STAR to see which one is applicable to your runway and flightplan. But in general they are named after the point they end (SID) or start (STAR)

This. Or register for the free service of Eurocontrol wich is actually the number 1 source as it’s the official authority.

True. But just pointing out the things that don’t require registering or subscribing.
Personally I use simbrief for planning as it also validates the route with eurocontrol (when subscribed to navigraph), and Navigraph for Jepessen charts, together with their MSFS data injection

It should probably be pointed out that SimBrief only gives back valid routes if you link it with your Navigraph subscription. Otherwise it uses outdated AIRAC cycles afaik.

But you’re right - beginners shouldn’t have fees to get going.

You’re completely right. I believe it uses 0810 when not subscribed (has been a while, use navigraph for a few years already). I’ve updated my response to reflect that better, just in case.

For Belgium use this site, https://ops.skeyes.be/html/belgocontrol_static/eaip/eAIP_Main/html/index-en-GB.html, part 3 has Aerodromes, if you click on public aerodromes EBAW, on the bottom of the list you see EBAW charts. Here you will find everything you need for this airport.
For other European airports I use the site uvairlines. At resources you find the most important airports charts of Europe. 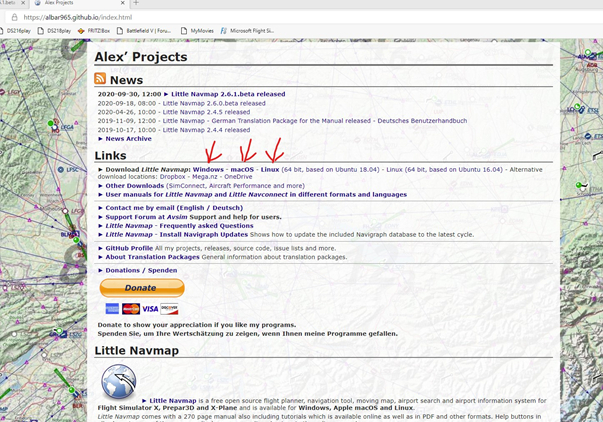 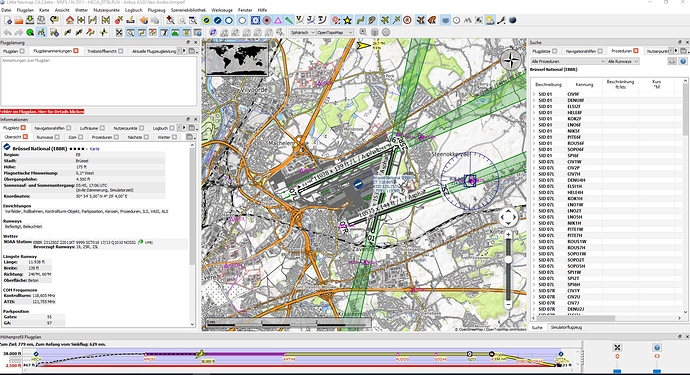