I’m finally ditching my Rift S and my stupid Facebook account and my new Reverb will be arriving today.

Can anyone who owns one give me any insight as to setting it up so I am not back on here in six hours crying about how it’s junk and I cant get it to work? (ha)

I hear it’s a bit tricky to get working right. I already have WMR and Steam VR installed.

In addition, I’ll will meanwhile look for some other articles about it on here.

The main issue most people run into is USB connectivity. This thing just does not like X570 chipsets for some reason. My G2 did not work on any USB ports on my entire system until I connected it to the front case panel (which I guess is a USB hub?). Some people needed to buy and install new PCI USB cards to get it to work.

Once it’s connected it’s just a matter of getting your in-game settings dialed in for a smooth experience. There are plenty of guides on this forum to help you with that (search CaptLucky G2). Make sure your IPD distance is right (measure it with a ruler, or get one of the mobile apps that does it for you). You can adjust your IPD with the slider under the headset.

The cable clip is janky as hell. It will pop off with the smallest of pressures. Garbage IMO. Some people use velcro strips here instead (or just keep re-attaching the clip, because it will pop off constantly.)

There is some new firmware for the G2 you can download that will address some blackout / sound issues. I’ve experienced blackouts when the volume on the headset is too loud or bass heavy, this was fixed in the firmware update.

Other than that it’s pretty smooth. I’m still having a ton of fun flying with the G2… and even though I see a lot of complaints about small sweet spot, I have a huge crisp and clear view running at 30fps and it’s very immersive. Have fun!

I am trying to decide buying one or not… I was about to give up but thanks a lot for your post, that helps to confuse me, to buy one:)

I have i9 9900k and rtx2080ti with 32gb ram. Of course that depends on the person but do you think it will be joyable? Since it’s a nice amount of money for an investment, I’m trying to be sure about it.

Thanks for the comment. I would rather use my headphones if they will fit over it (they do with the Rift S). Hopefully I can turn off the sound in the G2 headset?

How wonderful, I hope you enjoy that one a lot!
Could you please share your feedbacks after you get it and try? That would be very helpful for me.

Even I can’t wait for you to get it:)

Connect both cables to your GPU. Turn power on to the headset lastly. The sweet spot issue is more to do with setting the render scaling correctly. It’s awesome once set up. Enjoy.

It just showed up. Looks like someone tried to pry the box lid open on both sides in order to look in there and see what it is. It was open to the outside.

Good luck guys! I’m on my second G2. Main problem with the first one was it got dropped on the floor

(not by me I may add…). Loads of advice on the forums. I’ll highlight two points:

As said above, the Reverb G2 can be a bit sensitive to the USB port. I’ve had problems with some of my computer ports somewhat randomly … I use a powered USB hub now which seems to have done the trick.

On the small focal area, It does seem to be better if you can get your face as close as possible to the lenses. I’ve figured out that I need to wear the headset in ‘just the right position’. It may take a little while to find that ‘just so’ position and of course it’s an individual thing. I also wear glasses which adds to the issue, but don’t have any problems now. The face gasket will compress a little with use which I found helped.

I drive mine with a I7 9700 + RTX2080Ti and get reasonable quality and performance. Once you’ve got it set up and used to it, you’ll be addicted! I am. Thought I could manage without when my G2 got broke. Turned out I couldn’t - hence the expenditure on a second one…

HP should give you discount (hopefully not to spend on a third one hehe) because you’ve just helped them sell one!

Thanks a lot, now the waiting begins…

I have batteries included. What are they for? The controllers dont seem to have any place for batteries.

Edit - found it. Just like the Rift S but bigger.

I was getting ready to try a flight and got the headset going, and the MSFS just dumped a big update (22GB!), so now Im waiting for it to finish downloading, ha. Looks like it’s gonna take all day. Figures.

Yep, and that gives you time to read the posts from CaptLucky specific to the G2. The are long, and incredibly helpful and detailed on the settings in game, and for the G2 in OpenXR Developer (get that in addition to the base WMR program as OpenXR Developer allows you to adjust the render scale and reprojection settings of the G2). You will have some trial and error for your particular GPU/CPU but the posts referenced above and a few others in the VR section here are very helpful to gauge what generally works for your hardware. Also, don’t be shy about trying the 60hz setting of the G2 in the WMR app…it likely will default to 90hz and with the G2’s native resolution it is very demanding. Some folks have gotten used to the 60hz setting as it will allow for higher graphics settings in game. Note that when you first try 60hz in the WMR “cliff house” screen it will look terrible as compared to 90hz, but in the MSFS sim it isn’t like that. The 60hz or 90hz choice is personal preference as you find the combination that works best for you between 60/90 in WMR, then OpenXR Render and Open XR Reprojection and of course the in-sim graphics settings for render scale and all the other dials. Once you use it like many you won’t go back to 2D given how realistic if feels, even with graphics that are down a notch or two from the 2D monitor view. I have an rtx 3090 that runs 4k quite well in 2D, but haven’t gone back from VR once I got the G2 setup with reduced graphics in some places to keep frames at 25fps+ and then reprojection up from there using the 60hz G2 setting. Also, make sure you change the settings in Windows for USB ports as I found in Device Manager that the default was to try and save power and it would shut down USB ports from time to time and that impacted my G2 if I was setting up a flight or messing with settings and not in VR for a while. Ditto the above advice on get your flight all set up first, get on the runway, and then launch the VR as the last step (I do start the headset up via WMR before starting MSFS, but then let it sit while I do the flight setup in MSFS in 2D and then as the last step on the runway launch VR).

I have no idea what you are talking about for half of that lol. I just tried it. I got stuck on the “hit spacebar to center VR” and the message window was down at my feet, unlike my Rift S. I tried to restart everything, and Steam VR got jammed up and wouldnt close. I’ll try again…

Not sure how to use WMR, never have before. All I see is I am inside a house like with Oculus. My controller buttons are not taking me to any menus.

Do I have to have both Steam VR and WMR running in order to use this?

No, you won’t need Steam VR and I don’t think the G2 even runs with it but I could be wrong. When you plug in the G2 and power it up, WMR should launch automatically (start if if not). WMR is the interface between the G2 and whatever game/sim you want use in VR. SteamVR is another version of WMR (they do the same thing but are made by different folks, with WMR obviously from Microsoft and SteamVR from that developer)

Ok thanks, and I am not seeing where you change refresh rates. I just tried DCS, and my frame rates were way lower than my Rift S was. Is this just a setting issue?

This one seems a nice one, maybe you can give it a try. 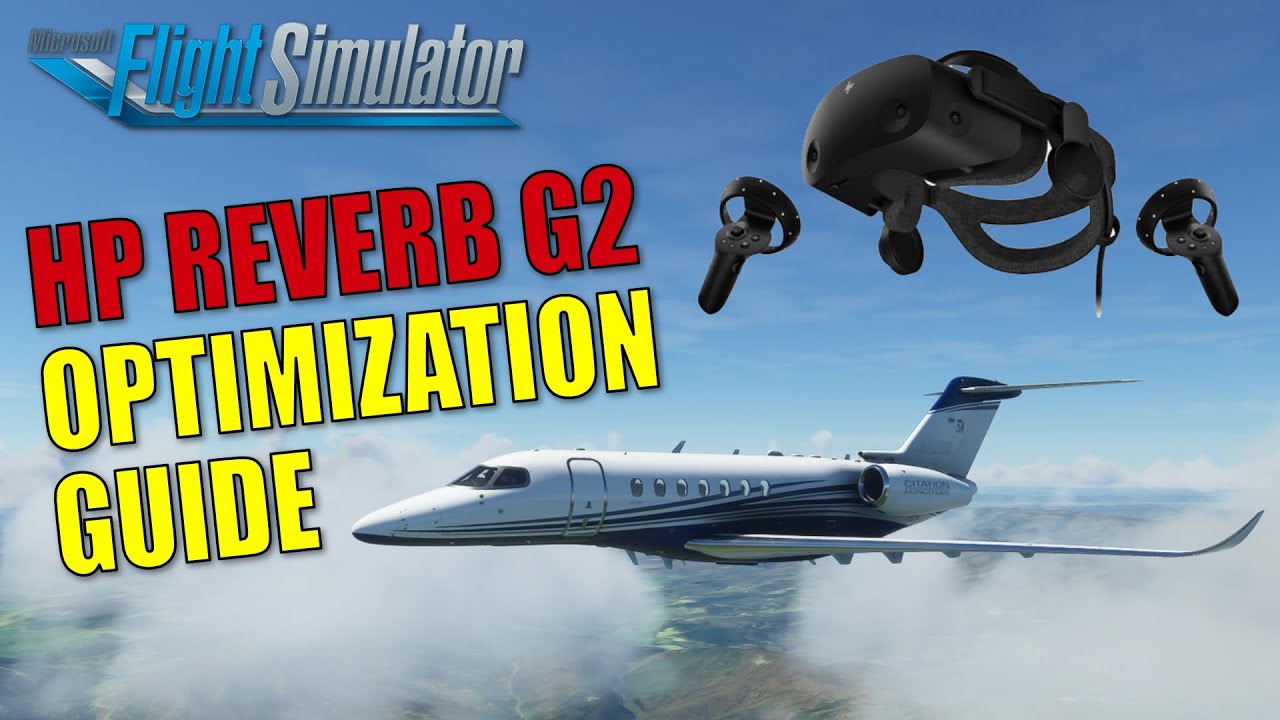 Thanks, Ill take a look at that. I got it working in MSFS2020. I just had a CTD when I switched to the menu after making a flight. Graphics are better. Frame-rates not too bad.

I thought I saw somebody somewhere saying that WMR needs to be turned off or something because it hogs up VRAM. Or something needs to be switched off.

The setting for the 60hz or 90hz is inside WMR. On the left there’s a tab for the headset and it’s a setting in that sub-menu.