@PharaohSteve668 - do you have any tips or recommendations for @Revil2000 on his controller settings please? Thanks!

I found that if you map the throttle slider on your joystick to the propeller controls that will let you control the 135. You may have to reverse the axis to get a realistic setting. I tried just using the propeller keyboard settings I normally used, but this did not bring a satisfactory result. The heli works this way, but the 135 is extremely sensitive to small changes, especially when just starting. I’m still messing with the joystick sensitivity to get a reasonable response.
To do this, you should make a new joystick profile. Be sure to use the copy feature to make the new profile and remove the throttle binding to the slider and add the propeller binding.

By making a copy, it will keep your other joystick button configurations.

I have the X56, I can not get it to go higher than ground effect. Its pretty cool, but I have propeller pitch 1 mapped, it does something and allows the aircraft to settle to ground, but when I roll it the otherway, I can not get any higher than 30Kts airspeed, and no altitude, its like it has no collective controls.

I have my Helicopter rsting, so it wojld be fun if this actually worked like the aerofly 2 ones do, They fly really nice.

Most of your standard mappings will work fine with H135, you just need to ensure that you have critical controls mapped.

Your throttle can remain mapped as it is by default or through your custom mappings. Remember however that you need to assign propeller controls to fully control the H135 - these can be mapped as you wish.

Zangeeef has provided an example of critical mappings for a X56 HOTAS in the attached photo.

I do not know piloting the helicopter, but one of my friends made this little tutorial on youtube, in french: 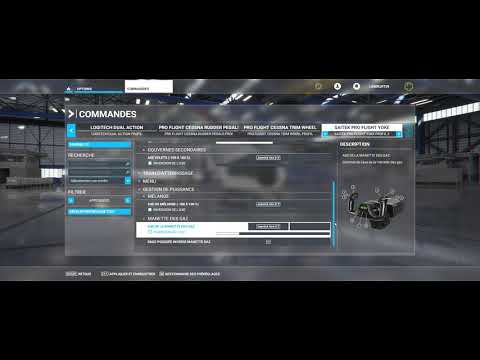 I have a t1600 that only has one slider. If I map the propeller to the slider, I can see the blades start to spin and the helicopter rises, if I zero the slider, the blades slow or stop and the copter lands. I think the way it should work, is that throttle controls makes the rotors spin at a constant speed, and prop controls change the angle of the blades.
Usually controlled by the collective I guess. I’m not sure how to achieve this or if it’s really set up to work this way.

OMG this is amazing! You’ve done it, you’ve really done it – a true helicopter experience in MSFS, today, not in 2022. <3

I’m using a Honeycomb Bravo throttle quadrant; I created a separate “Helicopter” profile with the single throttle and prop axes, and it works pretty well with the default config (since prop is up at the top by default, which is where you want the engine if you start at the runway).

Because my yoke isn’t really ideal for a helicopter, I’m using an Xbox controller as control stick – I’ll get a separate joystick if I find I fly this a lot!

“Mad props” as they say, to all involved.

What is the correct configuration for throttle Hotas Warthog for helicopter
H135.

I normally run the throttle axis separately, so I can move twins on the ground better with variable thrust.

Its nice MSFS allows for additional preset saved options in the pulldown menu for the flight controllers, so now just need to change that back,and forth, and helicopter flies…

With the configuration shown of Trottle Hotas Warthog it does not serve me much the propeller (it is hardly noticeable if I move up/down the lever), only with the throttle I can go up/down and take speed.

read the docs :). propeller should be put on 100% somewhere around engine start, keep it untill engine shut off. You use the throttle axis as your collective

I don´t know if I have understand you well. If I read docs., that I haven´t read -forgiveness-:

Hmm you’re right. I thought I read that somewhere, but might have been a brainfart.

In that case you use both, throttle (collective) for speed, propeller for RPM. Not exactly sure how it was as it’s been a while I flew choppers, but I think you can move them independent from each other

Just for fun, then a live stream flying around Southern California in the awesome Airbus H135. You can pick it up the aircraft and the sound pack with the links in the description of the video. Please throw a like an subscribe if you enjoyed the video. And if you feel my content is worthy I do have some donation links as well in the video description. Thank you very much for watching the video, it means a lot. Enjoy 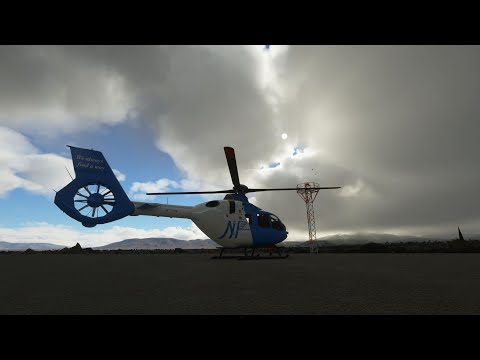 I tried to use it, but I could only do the first flight in correct conditions.
Since, my controls seem totally useless, the helicopter takes off alone and the crash after a while, with no steering in between.
I tried to start on parking place, no engine. The engine starts, and when the power reaches a certain value, the heli take off. No handling at all.
I tried to launch the game after removing the folder, to initialize the flight model, then put back the folder, but no success.

I will wait for next release to see if it corrects the issue.

same for me unable to make a corecy configuration