I have no water masks where others do

I have been looking for places with nice water masks and other players were kind enough to recommend several places. Unfortunately, I don’t seem to have any.

I have found some in Japan near Kerama Island and west of Nassau and they look great, but all the others seem to be missing which is strange.

My water is kind of greenish, but no details. Unfortunately I can’t post pictures or links to pictures here.

Photogrammetry is on and all settings are on either High or Ultra. The only thing I have switched off is Vsynch and the lens effect.

I have also tested the area with the flamingos and there is no water mask either (I also couldn’t see any flamingos, but that could just be me).

I would appreciate any help.

You say you have no water masks, but then say you’ve seen them in Japan. It might be helpful if you post exactly where you think you should have them, so others can confirm by visiting. Nearest airport, and bearing, or exact co-ordinates if possible. Which should be possible as all you need to do is drop a pin on the map, include it in a flight plan, and attach it here.

Thanks for the quick reply.

I asked online where people got their beautiful screenshots from with those watermasks and got several answers. Most of them describing areas.

The most concrete example where one player actually sent me screenshots is an airport on Caicos Island (MBSC). We both took off from there and took screenshots and mine look completely different to his. He has really nice corral reefs in the water whilst my water is just milky greenish and that’s it.

Another airport I tested was MYEH. Again, just a greenish milky water texture, but no details.

The other recommendations from other players where rather vague areas, so I won’t include them here, but especially Caicos island is very clearly an area that looks very different on my PC to that of other players and can easily be replicated.

I have comparison shots but I am neither allowed to post pictures or links to the post.

If you take off from MBSC you should see lot’s of watermasks all around the airport, especially to the south.

I have played around with my graphic settings a bit more, but no success.

Are the bing data activated in your settings ?

Yes, both Bing and photogrammetry are on.

MBSC certainly seems to have some kind of water masking in effect for me. It doesn’t seem as detailed as some screenshots I have seen, with sub-surface detail added, but it has that pearlescent effect that the default ocean doesn’t have. 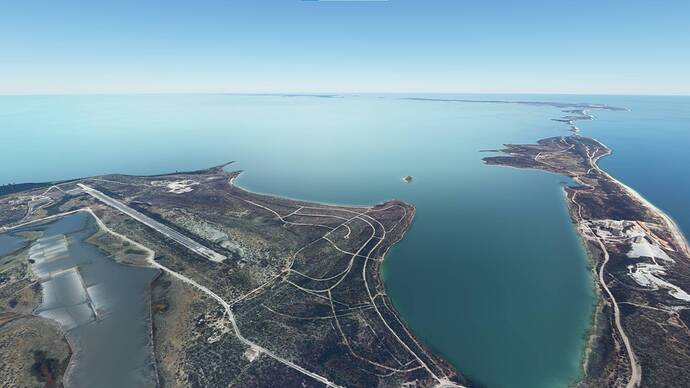 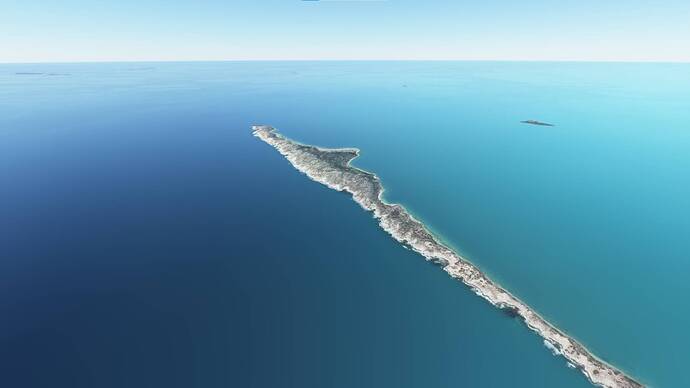 Yes, that’s what I see, but other users see amazing corral reefs and details there.

I have everything on high or ultra. Especially the texture settings are all on ultra. Unless I am completely missing something??

Hi @MethodicRain46 and welcome to the forum. Unfortunally only some part of the world have the masks. The MSFS Team is working to update the mask and add those in the sim.

If you want, you can see this thread on the mask. They have discuss and collect some locations in the world where those are been aplied. You have to scroll to the end, because the ones dosent working.

So we know there are not many areas that have water masks applied yet, but I do like to visit the ones that are already there. Does anyone know if there is a list somewhere with these locations? If not, maybe we can collect some locations in this topic together? I tried to find a list or a topic full of locations, but I couldn’t find any, does this mean there aren’t more locations? I only know the locations ObsidianAnt mentioned in his recent YouTube video on this matter: [Microsoft Fl…

Answer: World data is continuously changing and getting better. Trailers are showing the latest updates to the world that are released in one of the next upcoming big update. Water masking of some areas in Asia was updated with previous updates and is already in the sim. So usually there should be no more than a few weeks or a month of delay between some new world feature visible in a trailer and the game. This applies to all improvements to world data including water masking. We could do our tr…

Hope this help you, in case let me know…

I am fully aware that there are areas without masks. The issue is not missing masks, but areas where some people clearly have masks and others have not. There are no add-ons involved, we all use the same sim and compared the graphics settings.

Some have beautiful corral reefs and subsurface details, others don’t, in the exact same spot.

I am trying to figure out what causes this.

Ok, same. The masks are in updating. If you want to see masks I suggest you to fly at SKPV.

This thread contain the coordinates

So we know there are not many areas that have water masks applied yet, but I do like to visit the ones that are already there. Does anyone know if there is a list somewhere with these locations? If not, maybe we can collect some locations in this topic together? I tried to find a list or a topic full of locations, but I couldn’t find any, does this mean there aren’t more locations? I only know the locations ObsidianAnt mentioned in his recent YouTube video on this matter: [Microsoft Fl…

Does this mean some people have a different MSFS version than others? Because my MBSC water looks completely different to that of others.

Like I said, this is not about missing watermasks. This is about areas where the water looks completely different from one user to the next. We have compared settings and systems and can’t figure out why some see watermasks in a specific area and others don’t.

That is the question. Not missing masks that no one sees.

I have been through the list of watermasks that have been implemented and almost none of them show up in my sim.

I think we need to see photographic evidence of the locations that do show this scenery. All we’ve seen so far is areas that don’t.

This is what MBSC looks like on other players PC 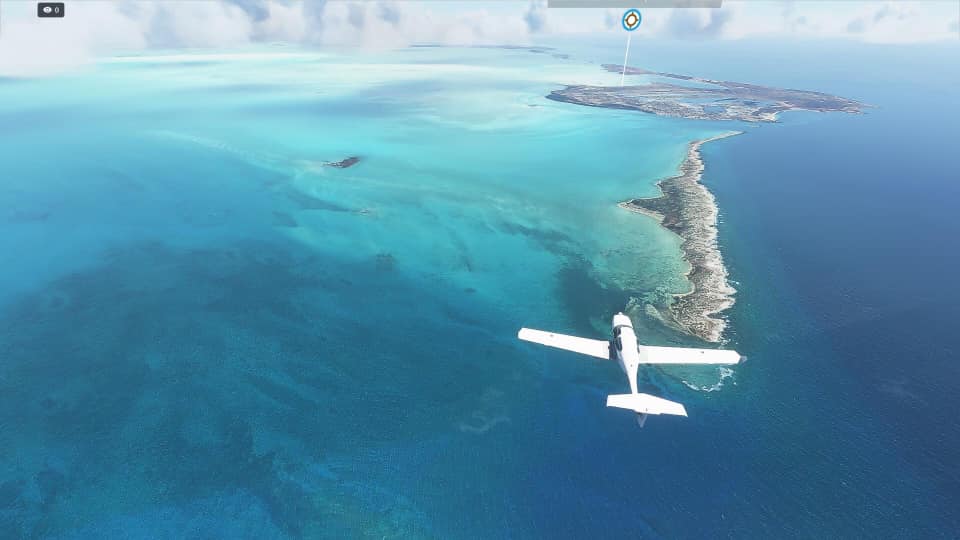 Just as a comparison. This is what I see 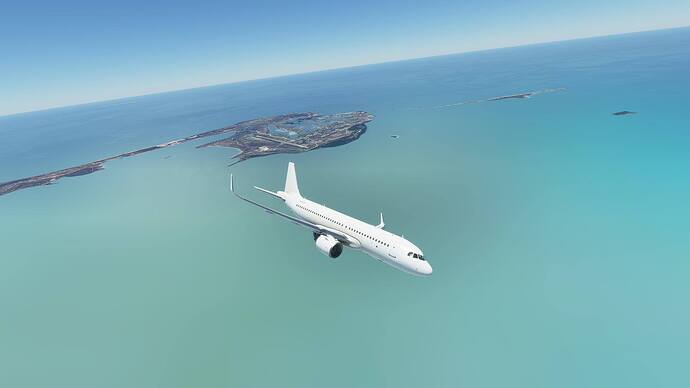 Try emptying your rolling cache.
That will remove any old cached scenery that may be being used.

If you go into the pause menu and click on your name/logo top right has it got a good connection to the servers?

This is what MBSC looks like on other players PC

Is this a recent picture, from the current patch? I’ll double check my settings, and try and re-create that shot.

Okay, so I cleared my rolling cache, and confirmed I have all online features enabled:

Running on the Ultra preset, but Bloom, and motion blur are disabled. 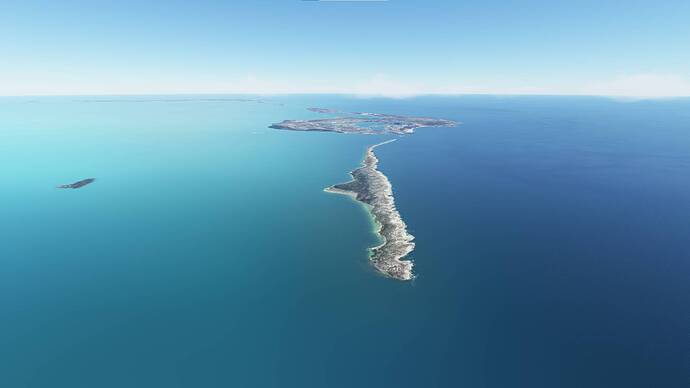 So I do have to ask the source of that image, and when it was taken? Who is this other player?

Thanks for all the replies guys. I really appreciate it.

Internet connection is good and I have deleted the cache (never even thought about that), but no change.

I have asked the guy and he said the screenshot was taken in September 2020.
Would they remove Watermasks that were already there?

I mean if that is what it is then I am actually relieved because that means there is nothing wrong with my Sim.

Also thanks for checking out the area yourself.