Trying to fly the 172 nto Wichita KICT with ILS from a couple of different airports in western Kansas. I will start by saying I am new, 48 hours, and enjoying it very much. Been playing with flight plans and everything has been working fine except when it switches to LOC everything is lined up but I just fly right over.

Do you see the little diamond on a vertical scale next to the altitude ribbon?

which rwy? might be silly question but you def do have the right ILS freq for the particulart rwy?
4 diff frequencies… and not the KICT VOR for example??

at KICT, there’s these ILS frequencies, among which, one would be set in the NAV 1 radio and the aircraft bearing set to intercept the related runway LOC :

we see below using LittleNavMap : 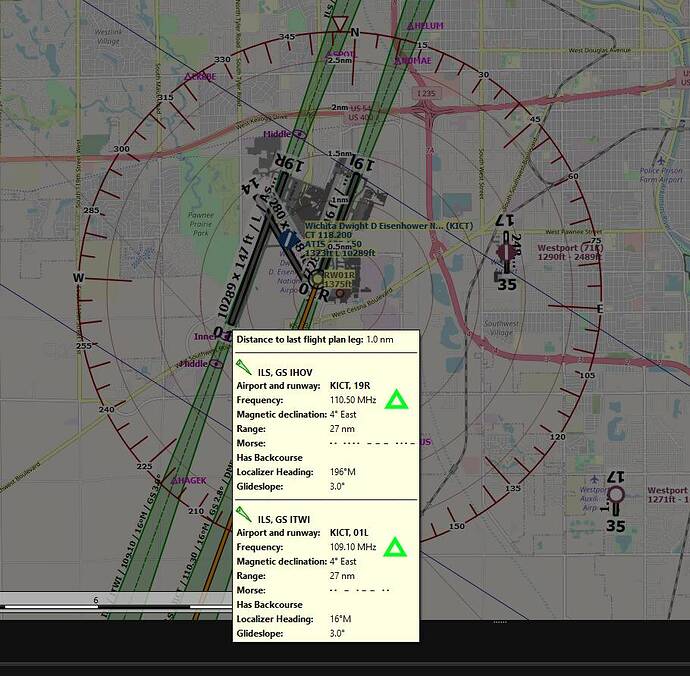 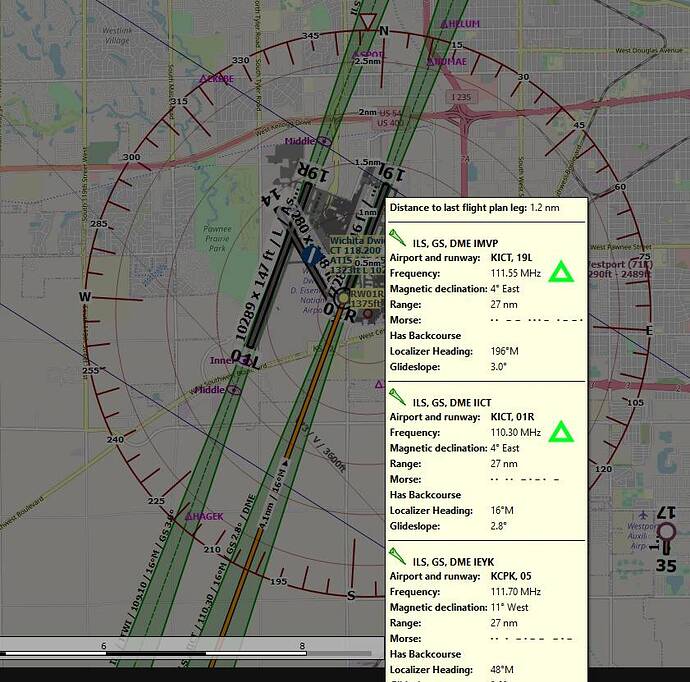 I only fly the 172 but even with the CDI switched to the localiser automatically and locked on its still necessary to press the APR button to activate the approach. I would recommend that you watch some YouTube videos such as Kips, they can help a lot.

A free flight planner with route generator and decoder, for X-Plane, FSX, Infinite Flight and other flight sims

A searchable database of aircarft with recognition and performance data. 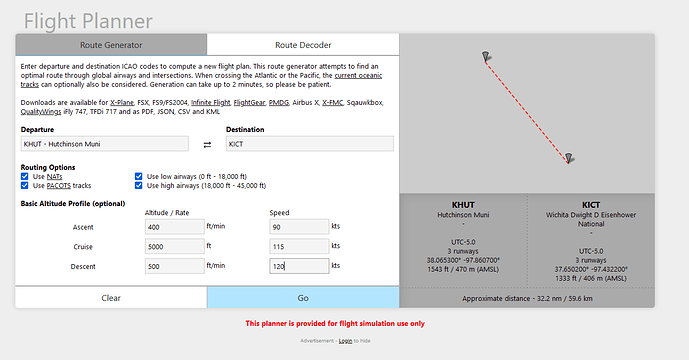 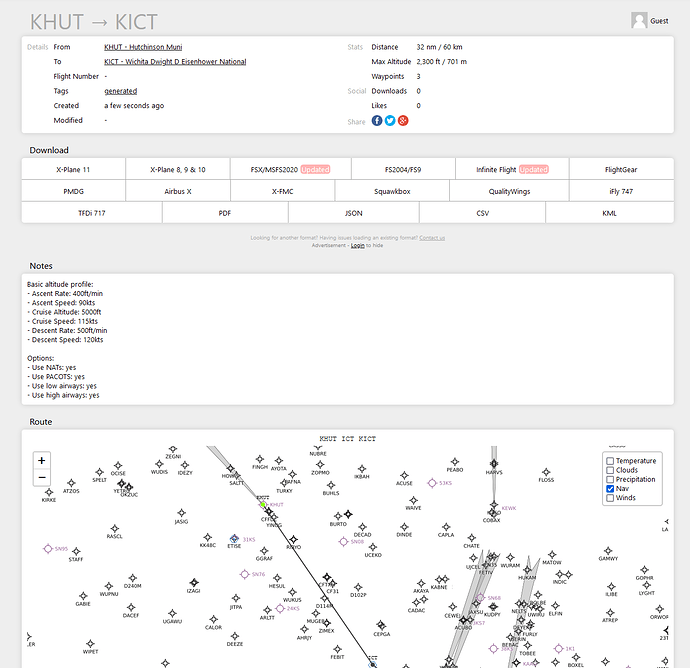 Showing KICT frequencies on bottom of the result page : 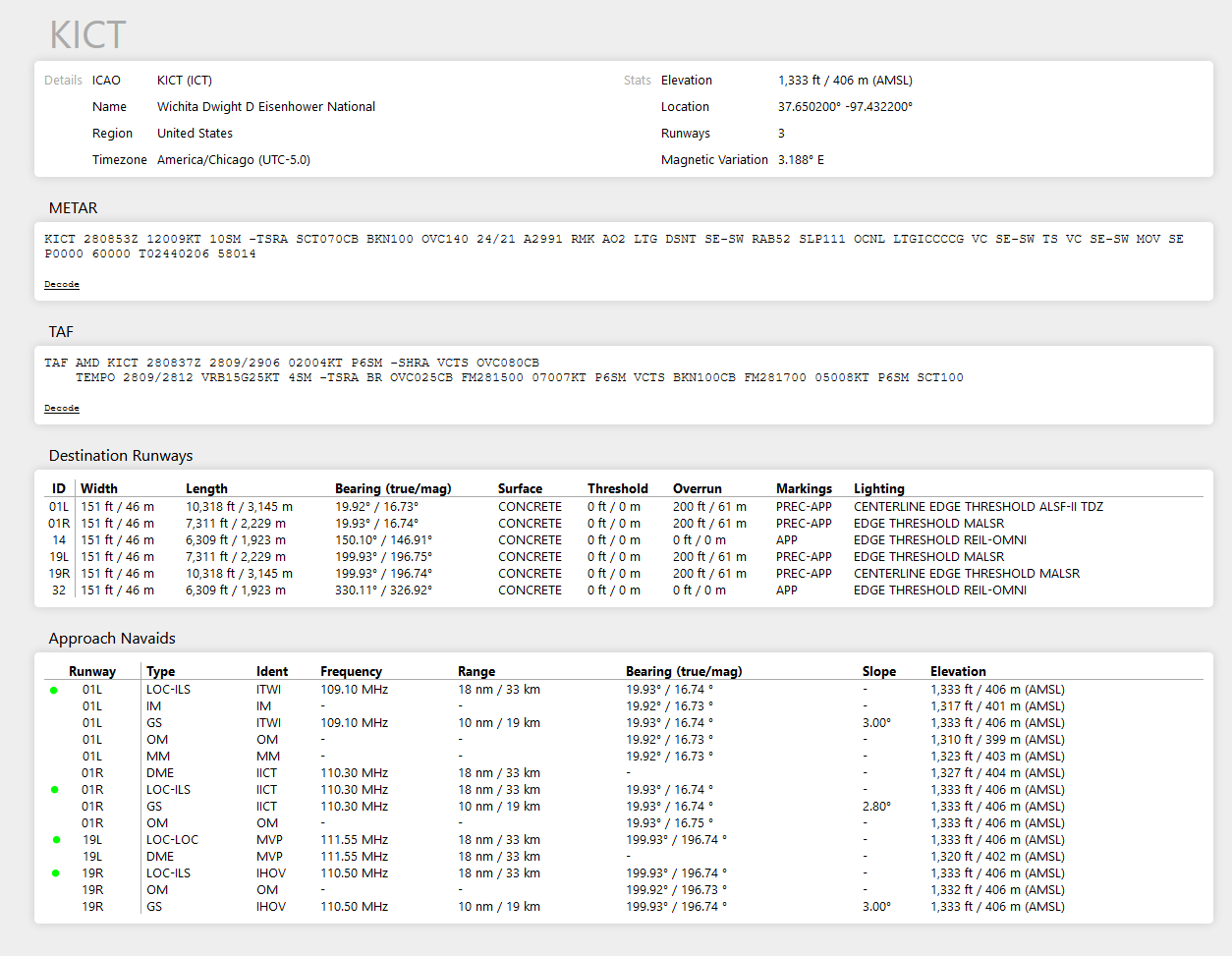 19R. Yes everything sets up fine I go right to the proper runway but the altitude does noes not change. I just fly right over. It has worked in the past. I think I may becoming in to high but I am showing it should get picked up 3600 feet.

When it has worked for me in the past yes, last night no it did not. I don’t know if I was too high although I could swear it said 3600 feet. Everything else works great but I just maintain 3600 straight over the runway.

Have you switch CDI from GPS to NAV mode ? 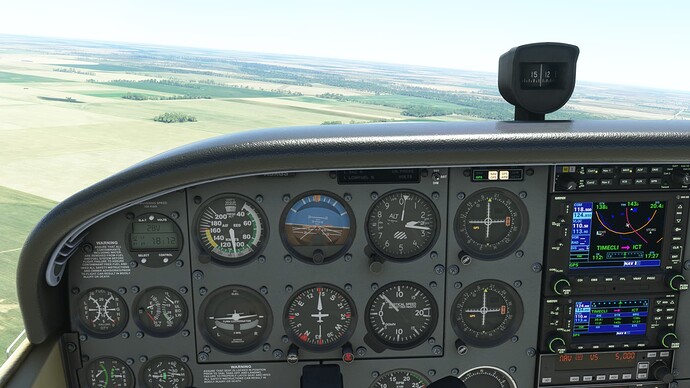 At this point I found the altitude is a bit high, as the way-point bring an altitude restriction of 2947 ft, right at the Outer marker location 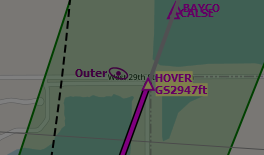 so, I will recheck with a new flight and this time 3000 ft would be correct, I guess, when capturing the Localizer, I would even set it to 2800 ft to ensure the altitude is not overshoot at the HOVER entry point

And yes, the World Map Navlog give us 3600 ft, however it would not be achievable 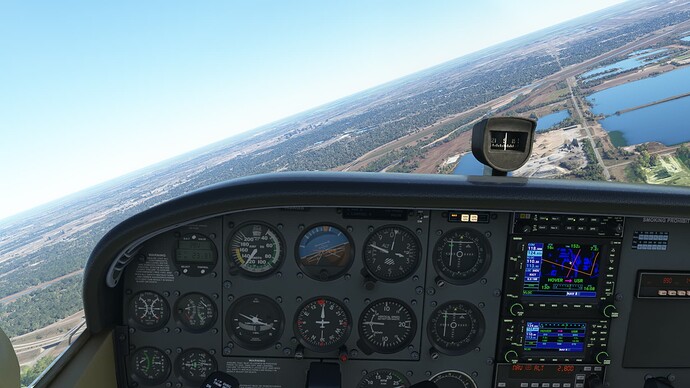 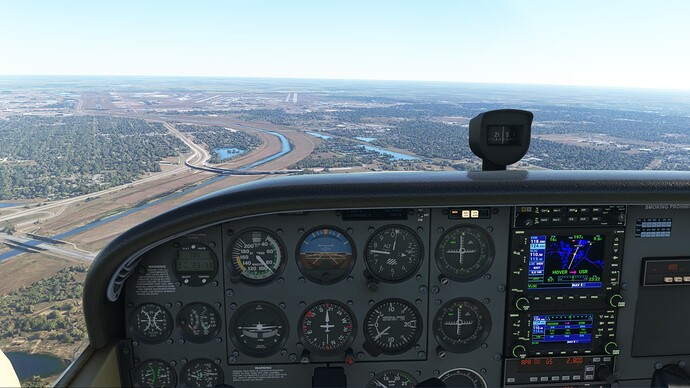 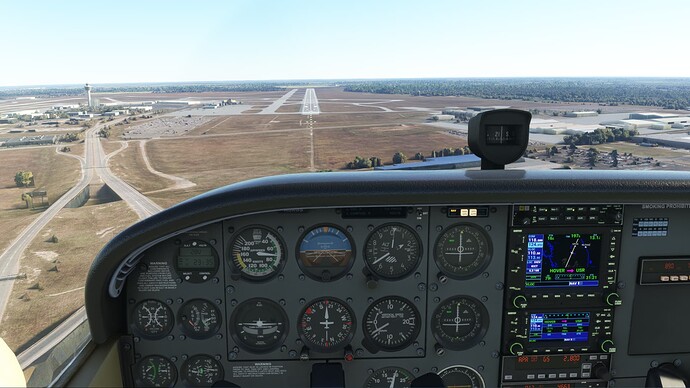 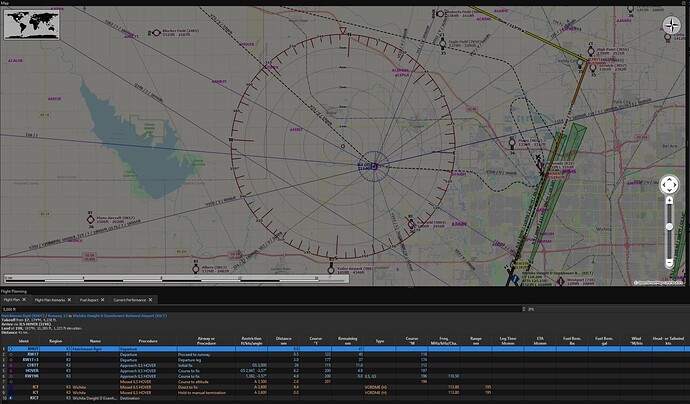 After import from World Map 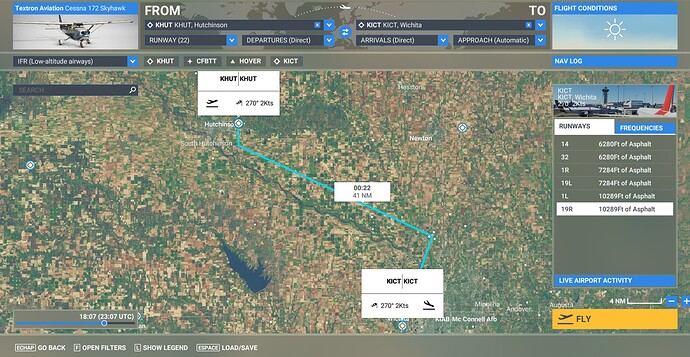 New vnav profile and as we see, we will be far below the HOVER GS altitude constraint, so no risk to overshoot

The flight plan to be imported for checking in MSFS

Another time, on Approach using the provided Flight Plan 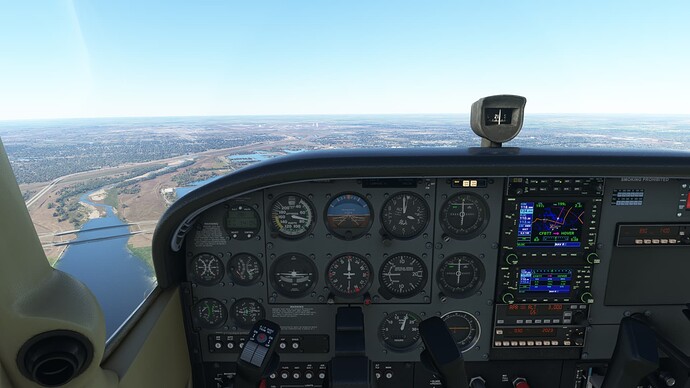 Nicely on Glideslope at HOVER FIX 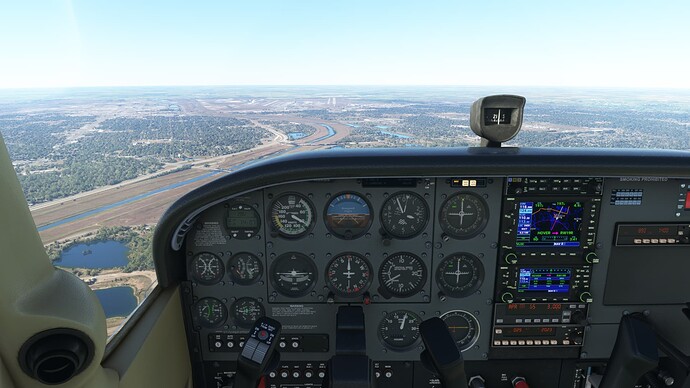 further, it’s just a question of throttle management to stay on the Glideslope
70 - 75 kts is a good speed on G/S in the C172

The flight path itself, performed by the C172 GPS and Autopilot 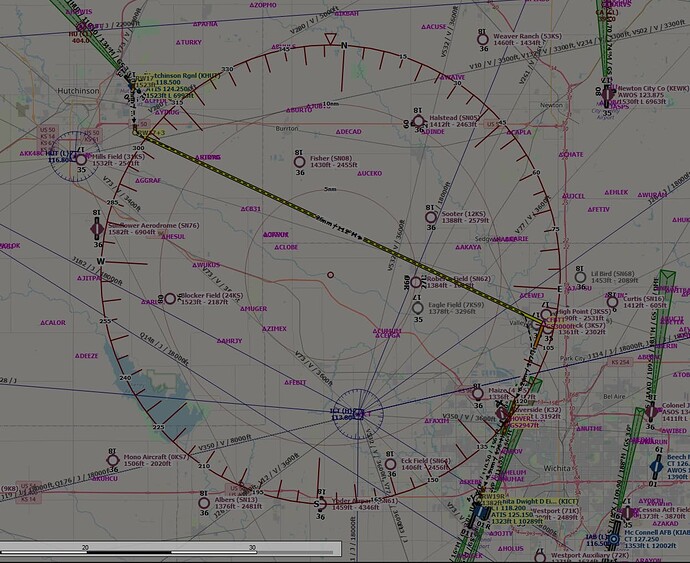 Have you switch CDI from GPS to NAV mode ?

@deelee875568 I think @SimFlight2020 is on to something here.
There has been a long standing “bug” in the sim that means the loc/gs will not arm/capture unless the autopilot is set to nav mode just before the capture. It doesn’t seem to capture reliably if approaching the localiser in hdg mode. I hope this might help!

That’s interesting, I wasn’t aware of that.

The C172 is not able to follow VNAV path, other than the way if we set it manually on the correct VPATH, using V/S for which 400 ft/s is correct on climb and about 500 ft/s on descent and then managing throttle to adjust climb speed or speed on descent. Further the C172 doesn’t provide auto-throttle as many aircraft in this category.
So we don’t have to expect we will be able to manage ILS Approach on strict GPS, this is why we have to arm NAV mode which allow at first LOC capture, then G/S capture for which the rule is to stay below the glideslope in altitude before being able to capture it properly, otherwise any autopilot will encounter issues while trying to solve the proper path when starting from above the glideslope.
Eventually we have the confirmation of the wrong data provided in the Flight Plan from the World map, only for this specific ILS approach, though it would be interesting to also check the other standard ILS Approaches at KICT

That only applies to the stream gauge version, the G1000 version has a perfectly functional VNAV system using the WT NXI G1000. And people wonder why I cant be bothered with that old school analogue stuff?

That only applies to the stream gauge version, the G1000 version has a perfectly functional VNAV system using the WT NXI G1000. And people wonder why I cant be bothered with that old school analogue stuff?

You’ve answered it properly, you’ve added the “WT NXI G1000” which handle artificially the VNAV path, did you tried without it using the default C172 G1000 ?
I will check meanwhile without it, as the NXi is not installed on my rig at the moment, having some testing in the challenges area which doesn’t require it

So, with the default C172 G1000, apart using FLC and managing V/S, I don’t see any automated VNAV path management by the G1000 autopilot. The in-sim NXi addition is another question indeed, but nothing to do with such aircraft category AFAIK

Apart this, the default C172 G1000 without NXi, follows properly the GlideSlope 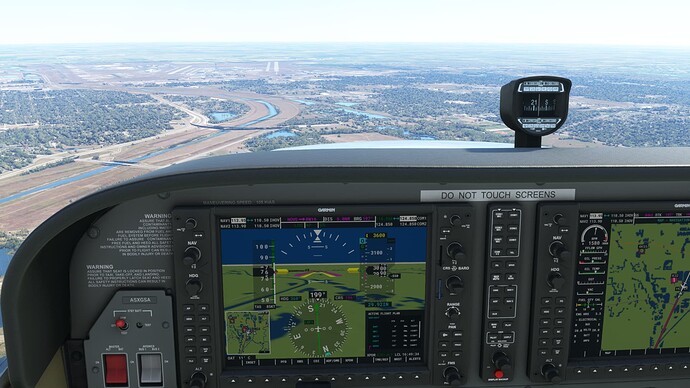 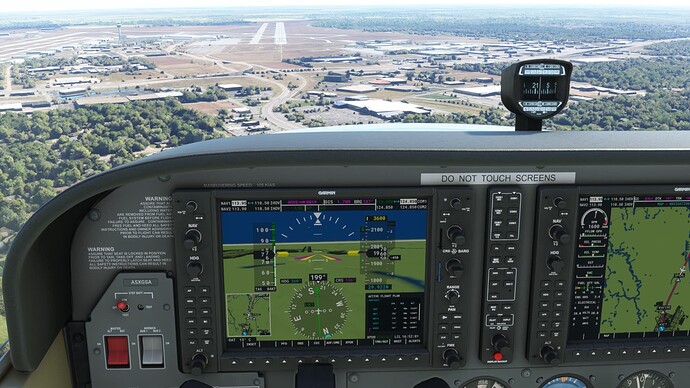 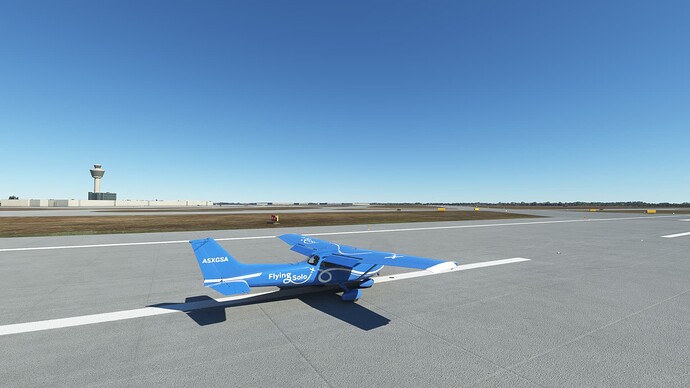 Personally I would not use the default G1000, its crippled in some respects. I am surprised anybody still uses it to be honest.

Personally I would not use the default G1000, its crippled in some respects. I am surprised anybody still uses it to be honest.

Which, honestly is not the goal to use or not use G1000, the OP goal is to land properly on ILS Approach

You brought up the subject of VNAV or the lack of it in this thread, not me, and you mentioned the G1000 172 not having VNAV management too. My response to your posts have been perfectly reasonable based on what you posted including the suggestion to not use the default G1000 which is, I believe, being replaced by the WT NXI in the next update, assuming you want proper VNAV functionality.