Is a Flight Yoke easier to fly with than a joystck?

I was just wondering if a flight yoke was easier to handle than a joystick. Most of the planes I fly use a yoke in real life but I play with a joystick. Are making slight changes easier with the yoke or a joystick? Thanks.

I would assume it’s up to preference , either will do the job. I have a yoke on order because like you, the planes I fly use it.

Can I use the joystick I have as a rudder while having the yoke connected?

Flew with the Thrustmaster joystick was only fun for IconA5; 152 and 172 not so much. Kept looking and looking and was able to find the Honecomb Alpha on their site, got it and boy its a different world totally worth the cost for immersion and feel. Trimming is supper easy right on the yoke like 172, has tons of buttons that correspond to 152 and 172. Flair for landing is soo precise now. Totally worth it.! answer is a resounding Yes!
Also got the logitech throttle and rudder pedals.

Can I get by without using rudder pedals by using the twist in my joystick? I also have a Virpil throttle.

A good yoke ( I have a Fulcrum on preorder) will give you finer control for tricky landings and have more finesse but will not be great trying to do a Split S in your 109 with a Spitfire on your 6 in a combat sim.

A combat joystick will have a short throw great for combat but gives you less control in landings etc in a civilian sim.

Note that neither is “more realistic” as there were combat planes like the P38 that used a Yoke and plenty of civilian aircraft use Joysticks.

The best joystick around, the MS FFB2, is sadly not made anymore but there are some good ones about at a decent affordable price - whereas generally you need to pay more to get a good yoke, the cheaper ones are short throw only 90 degrees roll and are useable but pretty ordinary.

If you do go for a yoke try and get something mid range like a Honeycomb or Fulcrum if the budget extends that far.

was able to find the Honecomb Alpha

It is really is the same problem and solution, something to get used to, the difference of an Airbus and a Boeing, and in games it is the build of the device, like race wheels, it’s about precision, resolution and quality of build.

I think you can certainly “get by” without the rudder , though they are helpful while taxing. Virpil throttle sounds awesome, I am waiting to grab the VKB TEC throttle to pair it with my VKB Gladiator joystick for DCS, since the logitech throttle doesnt give the same feel in fighter Jets.
I would recommend you check out the Honeycomb Alpa yoke for MSFS planes, you wont regret the investment. Quality product and it has 90 degree of turn vs 45 on the logitech yoke!

Is it okay using the Virpil throttle with the honeycomb yoke? Or is tge bravo throttle preferred?

Depends on preference. I’m a sucker for fly-by-wire systems. So I don’t like the mechanical hydraulic controls of a yoke. And I much prefer the digital inputs of a sidestick. Which is why I tend to only fly the Airbus almost exclusively in this sim than any other aircrafts. But again, that’s just a personal preference.

Really depends what you are flying. If it is something like a 747 the Bravo does four engines with thrust reversers, for some other aircraft with two or less engines (or if you always throttle up and down at least two at a time) the Virpil might be better. Do not actually own either, there may be reviews out there.

Also note the other mid-price option if you do not need the honeycomb switchgear and want more travel is the Fulcrum with 8" travel and 180 degrees. I have one of these on order. To be honest I ALMOST got a Honeycomb but decided the Fulcrum was worth the cost and waiting. 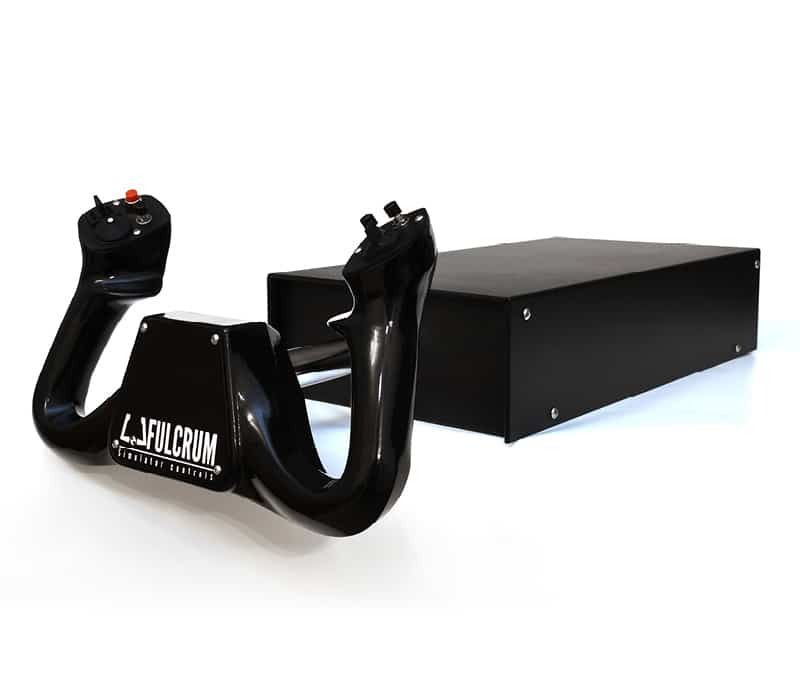 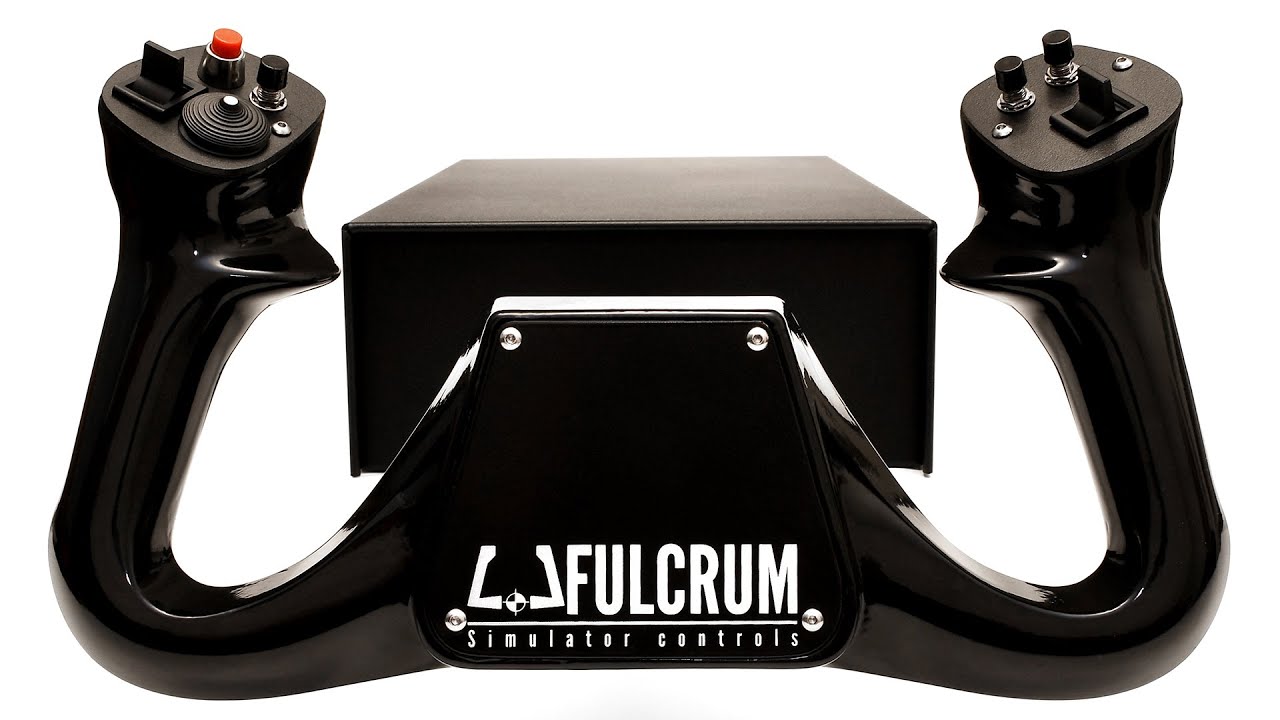 I find with flight sim products there is more of a barrier to entry. I use X52 joystick, and i find the twist function very manageable (in fact easier to use than pedals!). Thing is when you get a yoke you need to get pedals as well which really bumps the price up unless you want to use the joystick also for rudder purposes which is a bit clunky.

I use my Logitech G27 wheel pedals as rudder instead as i already own them. Its not quite as precise but after a few weeks getting the hang of it.

Yes you can. In fact, if this was a combat sim you’d find you have better rudder control than pedals when aiming for a guns kill.

If you’ve always used a stick, you will likely find the transition to a yoke awkward at first. That may last days or weeks but eventually, it will feel natural. The downside, as mentioned above, is rudder control. Some sim pilots with a yoke use their twist stick for rudder control and although I’ve never tried it, that seems cumbersome. Typically, for small aircraft, a pilot keeps his/her left hand on the yoke and the right on the throttle for take off and landing. If rudder is your twist stick, one of your hands is not doing what it should be doing.

Also as mentioned, getting realistic is costly. Like buying a car, better quality = higher cost. Stick to a budget. If the Honeycomb system is out of reach, look at the Logitech Pro system. You’ll still have a decent setup if moving beyond a flight stick is your goal.

If you’ve always used a stick, you will likely find the transition to a yoke awkward at first. That may last days or weeks but eventually, it will feel natural.

I can attest to that.
I’ve been “flying” with HOTAS systems since the early 90s and am currently using a X56 with throttle for planes with a stick and throttle on the left (like the Waco, P.149 or the Savage Cub)

Before Christmas I wanted to try flying planes like the C152 or the Mooney with a yoke, and with luck got a used Saitek Cessna yoke (with 180° travel on the ailerons) cheap. Took me quite a while to get used to the longer travel (compared to the joystick) and the different movements and slower reactions of the planes and to set up sensitivity properly. The first landing attempts were absolutely frustrating. I simply couldn’t get the plane on the ground right. Also on the ground I always tried to steer with the yoke

So in my opinion using a yoke and joystick on MSFS are two very different things. And I guess if you’re coming from a yoke and try to fly with a joystick, you will have similar problems as well.

Flying with the twist in the joystick IMHO is not a good idea in MSFS (in an arcade combat flight game or Elite Dangerous where you need fast movements it’s terrific). But in a sim I would never go without pedals. If you’re on a budget: I’m currently using the Thrustmaster T.Flight pedals. At first glance they don’t look like much but they are far better than you’d expect. Control is preciseand the travel is also ok. They are quite narrow and have little resistance: not everybody likes that.

I read some reviews that the pitch on the honeycomb yoke is really hard to manipulate. It’s too tight. Any comments?

When it comes to switching from a stick to a yoke, there’s definitely an adjustment period. The feel is completely different. I’ve been playing flying games / sims on and off since 1994 and have always used a stick. It’s pretty much second nature to me now. It was hard for my old ■■■ to wrap my brain around it initially. But after a couple of days, I was comfortable with it. Now I find it just as easy as a stick. Different, but no more difficult.

the pitch on the honeycomb yoke is really hard to manipulate. It’s too tight.

I’ve used both and - as others have said - I can’t say either of them is “easier” than the other. It’s just a matter of personal preference or wanting to simulate more faithfully the plane you fly.

I’m now using a joystick + throttle combo just because I’m too lazy to switch controls when I change aircraft, or when I fly my other military or space sims. I would never fly without rudder pedals though.

I’ve been using a Saitek (now Logitech) X52 Pro and Pro Pedals for more than ten years now, and they’ve never let me down. There are probably better options available nowadays.

i’ve considered getting a yoke and rudder pedals, but i just can’t let go using my old battle tested Extreme 3D Pro joystick. i’d feel dirty cheating on it with a yoke.

only real issue i have with the joystick is i have to use auto-rudder for takeoffs since trying to use the twist rudder control while attempting to take off in crosswinds in a GA aircraft is…challenging.