Is the Asobo 787 flyable yet

Is the Asobo 787 flyabke yet? I haven’t had the opportunity to actually complete a long haul flight because of the lack of a working airplane.

Thanks for any replies

I haven’t encountered any showstopper bugs which would prevent a successful flight from A to B.

The last time I used it, it seemed to have been better optimized. It used to be a FPS killer. I’m not sure if the autopilot issues were fixed or not.

It flew fine for me. And that was with using the HEAVY MOD addon installed.

Nowadays I think it flies ok even without the heavy mod. Systems and flight model may not be realistic but the AP works fine. I’ve done long hauls with both ILS and RNAV approaches lateley without any problems.

And since SU5 it’s not the FPS killer it once used to be.

I would be interested in this topic as it may be the only reason I would upgrade from the standard version currently. I’ve heard such bad things on this forum regarding the 787 that I simply havnt bothered

Very much so with Heavy Division mod.

If the 787 is the only reason for going for a upgrade then it’s probably not worth it, in it’s current state.
I have flown it recently and the ILS and RNAV seem to be working fine and it taxis OK, it just needs that final tweak from Asobo to bring it up to scratch. Hopefully they might deal with that at some point.
I personally do not like using Mods as they tend to get broken at every update!
regards

Upgrading only for the 787 is a bad idea.
If you’ve got the premium deluxe version, it’s ok and useable, but that’s it.

Taxiing without problems?
I don’t agree at all.

Thanks for the replies, I will be flying from KORD-EGLL later tonight on the 787.

The 787 works well for me, right now I am approaching LFPG on a Valencia Paris flight 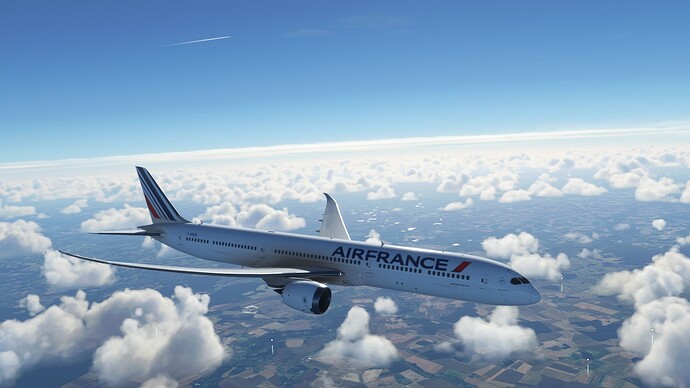 AT disengage button on the throttle lever is no longer functional since SU5.

Many many function and displays are dead since the release. Overhead display acts not like real world in VR (cant speak for flat earth here).

You can use it but it is very unfinished.

taxiing is only bad when the taxiway is wet.

One problem is that (since its a Premium Deluxe plane) the files are encrypted preventing users from tweaking files like the aircraft.cfg etc.

This is understandable since if they open it up it could lead to the airplane being shared online which will be unfair to those who spent extra on the Deluxe.

So a compromise would be for MS to only unlock the aircraft.cfg and some other config files thats all. Then they can be tweaked by modders, tested and uploaded to be shared. The base model and all other files would (and should) remain encrypted.

Let us know how it goes

My only gripe with it, is how poorly it turns when trying to taxi. They need to up the turn radius. 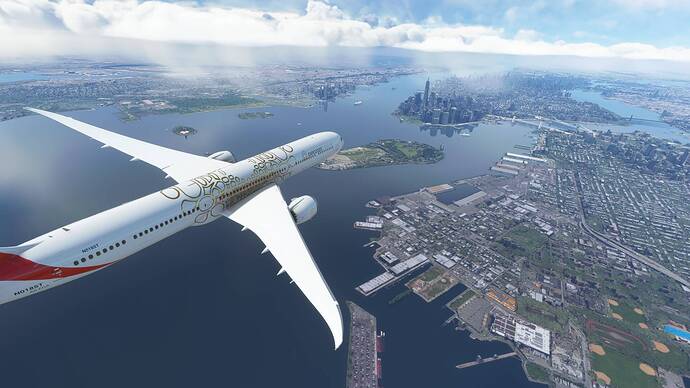 taxiing is only bad when the taxiway is wet.

You forgot to mention these problems: (on dry taxiways)
You can’t use more than ~75% of rudder deflection
You can’t turn at all if the CG is close to the aft limit
You need to slow down to ~2kts to achieve the minimum turning radius.

But the worst problem/bug is when you are hand flying it, because with SU3 Asobo converted the nicely handling Boeing into an Airbus, which means Asobo uses the Airbus like FBW system on the 787.