Is there any workaround for the terrible way snow is represented?

I fly on vatsim, so I need to use live weather. There’s an insane issue right now where if it’s snowing or there’s snow on the ground it becomes impossible to see the runways/taxiways and their respective markings. This is totally unrealistic at major airports. It happens with both default live weather and REX. It makes ground maneuvering really difficult. Sometimes I need to switch it to clear skies for a sec just to see a taxiway. What I want is normal live weather, winds, clouds and pressure, but I don’t want it to inject snow. Is there any mod or workaround I can do?
I’ve tried this workaround before but it only works at certain airports for some reason. 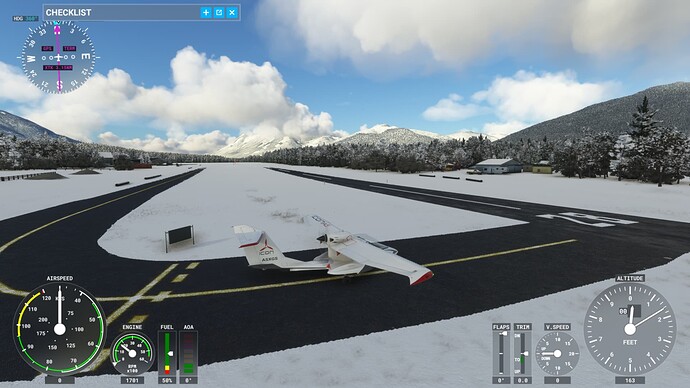 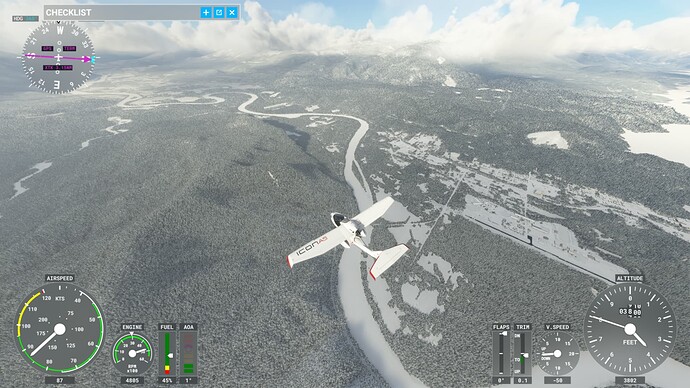 So… why are/were these clear when 99% of the other airports are totally snow covered? These are Marketplace items so maybe they have parameters that they can set to keep the runway clear?

Exactly. It seems random which is really frustrating to me. It’s not even very high on the bug list and it’s just labeled as “under investigation”.
Please if you have this issue vote for this bug report.
I hope they talk about it in the q&a but I don’t think anyone posted the question.

Obviously the sim knows what a runway is and where they are. I’m sure it’s more than two lines of code but the Darrington WA airport and Concrete WA Marketplace airports seem to have it down to something like…

It’s simply based on texture darkness.

So dark asphalt will be clear, lighter tarmac will be partly or fully covered. Seems a strange way to do it because that’s why we get the sharp lines and weird looking coverage on runways, taxiways and aprons.

Why they did it this way is a mystery to me. I would have made all aprons and runways snow free if i couldn’t design a proper way of drawing snow on airports.

It’s simply based on texture darkness.

So dark asphalt will be clear, lighter tarmac will be partly or fully covered. Seems a strange way to do it

Ha ha… I’d agree with that…strange. Maybe the designer that did the runway/snow logic is the same person that did the “Press any key to continue…” logic where you’re stopped dead in a long startup process to ask if you want to continue but there’s no key to press to NOT continue.

According to the devs, anywhere it is predicted to snow = frozen river/lakes/seas… even oceans.

Water freezing over is a very, very rare & minute detail in the flight simulation world. Not only regarding the circumstance, but most simmers wouldn’t even bat an eyelid if a frozen river IRL wasn’t frozen-over in the sim. There are far more immersion-breaking things to worry about…

As usual, yet another weather-related phenomena implemented into the sim like a bull in a china shop… I don’t believe there is any workaround currently.

I use REX global airport textures which handles snow on the taxiways and runways nicely. It doesn’t make them look like they are completely clear but dustings in some areas

Nice! I heard the REX runway textures can be heavy on performance. Noticed anything?

Not that I’ve noticed.

They work better because the developers take into account snow coverage and can try to tweak texture darkness to improve snow coverage.

But the only thing that happens in the sim is snow coverage is being based on texture darkness, nothing more nothing less. You can see it happening on the rubber texture on the runways. There is no snow there.

If I recall correctly, when producing MSFS2020 they didn’t take the old approach of someone builds each airport in a tool, which defines the runways, taxiways, surface types, etc.

They used AI and/or ML to automate it, meaning some code that probably looks at airport databases and satellite photos to create the airports.

I think this is why you will find lights on poles in the middle of the taxiway very often.

Before what I say, I just want to say that I am an IT professional and therefore very pro for technology evolution. But things like this show why AI just isn’t ready and why people still matter.

Great. Not sure where I read that now but on the Orbx sales description bullet points it also says that it has no impact. So I have bought it just now - will give it a bash tonight! Thanks

The first pic is just… way too local. It just a plaque smeared on some mountains. 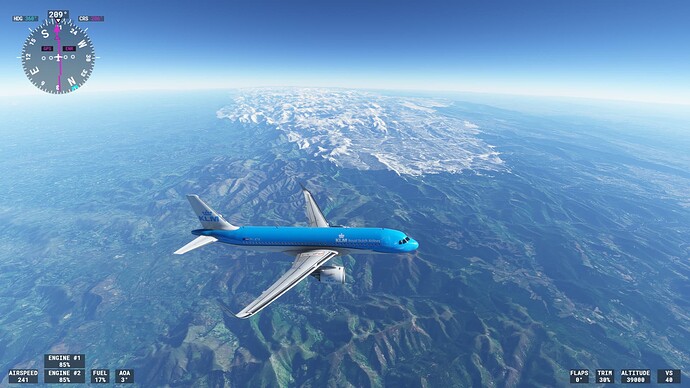 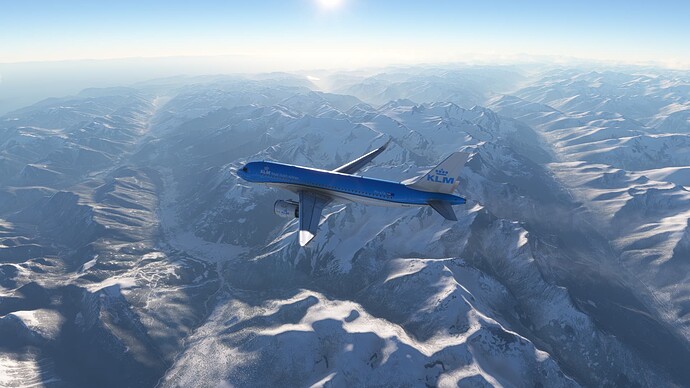 It’s true for most of them, but not all. For instance, Drzewiecki UUEE and SimWings EDDM - both have aprons completely covered with this ugly whitish layer, which is supposed to represent snow

The other day I had a serious trouble taxing on UUEE while on Vatsim. I managed somehow, but I was close to turning a weather preset on just to get rid of this awful surface.

Maybe some of these airports are using original elements which will be covered. I would need to speculate at this point.

If I recall correctly, when producing MSFS2020 they didn’t take the old approach of someone builds each airport in a tool, which defines the runways, taxiways, surface types, etc.

They used AI and/or ML to automate it, meaning some code that probably looks at airport databases and satellite photos to create the airports.

no, they literally hand made every single airport. they just traced over the aerial imagery to define the surfaces, etc. 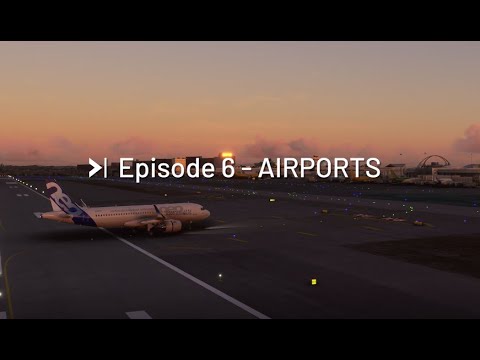 as far as i know the AI was just used to generate the rest of the world (autogen) and taxiway signs, etc.

Will not work on 3rd Party airports tho…