Still KPHX has extreme hazards. ATC still routes us via taxiway R, S, and T. Plane still crashes going over these hazards
I have submitted this with every release 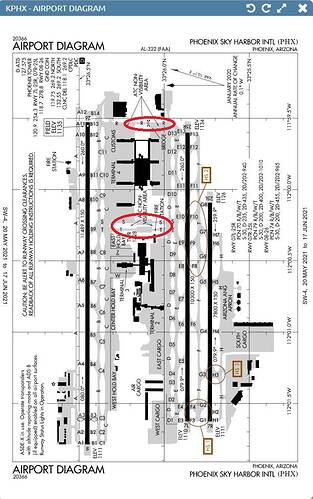 And KSEA runways 34L/16R, 34C/16C still have bumps and crash when you try to takeoff and land. Been there since the initial release.

Same goes for KORD runways. I think we’ll need to depend on 3rd party devs to create new KPHX, KORD and KSEA to improve them.

I also have submitted many reports. I even asked flightbeam to do a PHX for MSFS. They said it would be better for them to do a new KPHX for p3d and then a MSFS version. It seems no one really cares about PHX. The buildings are all wrong and also the textures are wrong, no skybridge and no trains on the skybridge, trees all over the taxi ways. the Ameraican Hangar is not even a hangar. The surrounding Phoenix area is pretty good, but the airport is awful.

Personally, I do not think we should have to resort to 3rd party addons or mods to solve a runway bump glitch. They should be alerted to it and they should fix it. If it is included in the base sim and has a flaw such as you describe, then it should be fixed. I am going to launch there now and see what you are talking about.
…
Edit: Oh yes, I see, quite a couple of bumps there, better go slow…

KSNA had a crack in the taxi way I reported every time a update was done and it did get fixed. However I would think they would focus on class B airports more. I do think they are depending on 3rd party for the extras at a airport. Glad to hear that maybe a new version coming for P3D but surprised that more 3rd party airports from flightbeam and other big companies have not released a msfs already. Orbx has done a few

Agree, these need to be addressed. Even a popular airport mod for KPHX still has them. Since these taxiways transition over a roadway, I wonder if other airports have similar behavior? I haven’t tried others like KDFW which has the same feature.

KDFW has similar bumps and cracks. I would have thought after 9 months programmer pride would have taken over.

Same for 26R at KLAS. There’s not much worse than having the recorder running, making a (rare) perfect landing only to do a somersault and land nose-first on the runway.

And to add insult to injury, you’re cussing out the sim while KLAS ground is asking you to take the first available exit off the runway.

Wow, yes, this is the investment we should be making - Basic infrastructure and foundation of the sim. Leaving it for a 3rd party developer to sort out may work, but it almost always ends up causing problems down the road as the sim developer makes underlying changes that break the custom work the 3rd party does. Can’t tell how many custom “masks” and other bits I’ve installed for this very cause in P3D and X-Plane.

I submitted Zendesk tickets several months ago for KBJI runways and taxiways. Everything was fixed in recent updates. Not sure why mine was fixed while others haven’t. 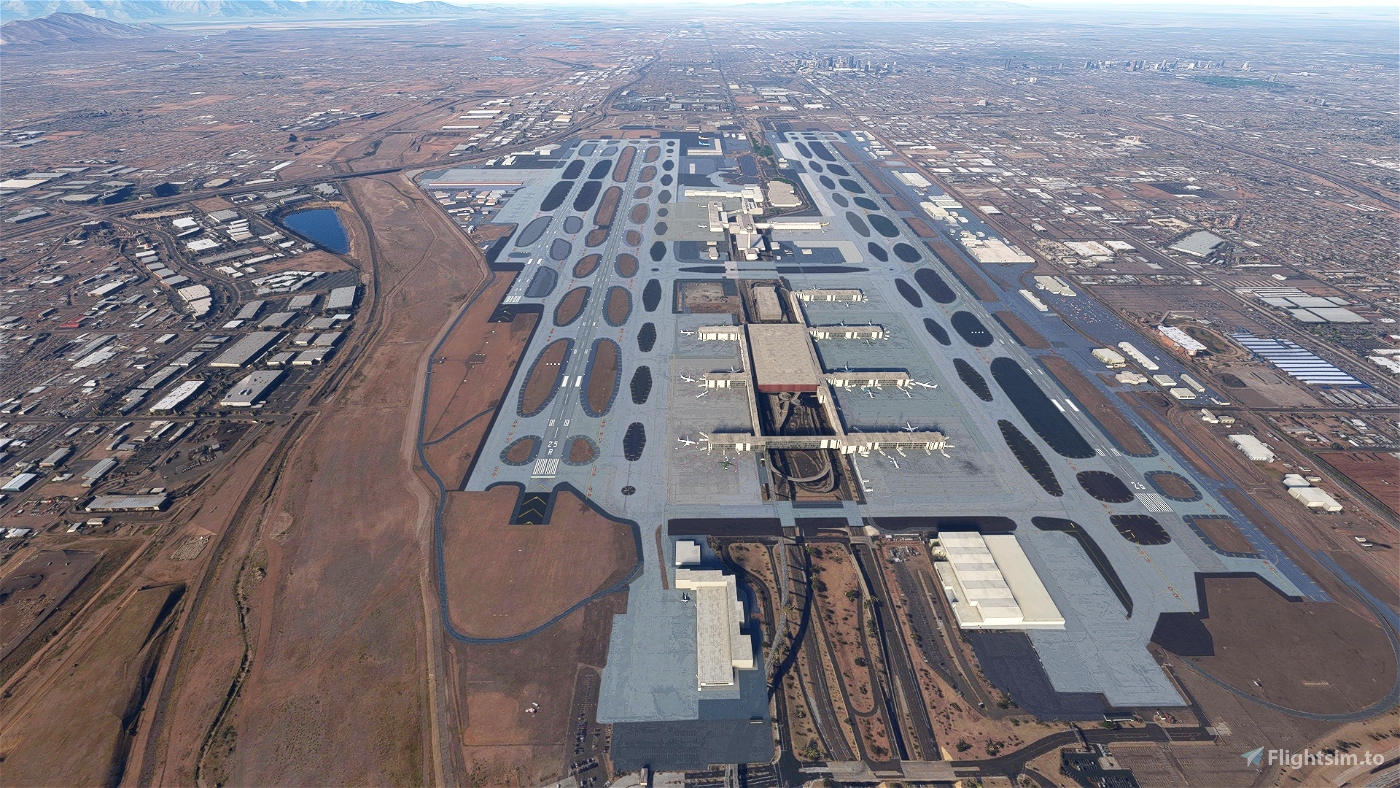 ✓ KPHX - Phoenix Sky Harbor is a Microsoft Flight Simulator 2020 mod created by unmlobo. Download for free to enhance your experience in MSFS 2020.

I wish I took a screenshot of the “hill” on a taxiway I ran into recently. I literally had to put the TBM in 3-wheel drive to go up it. But that is part of the fun. If you didn’t run into these unexpected things then it would be just a boring flight simulator.

And today at KLNK cleared for a mid-runway takeoff I noticed littlenavmap showing another aircraft coming down the runway so I paused and waited. The aircraft I was waiting for taxied by and was being chased by a fire truck!

Unfortunately the bumps that cause the crash are still there at Taxiway T. But Sky Harbor looks great!

Yea that annoys me as well lol

Do a search on flightsim.to for Phoenix. There’s one update for the South Mountain towers w/ lights. There’s also an updated version of KPHX, but just to improve gates and taxiways. The buildings are not improved. I’ve been waiting for Phoenix updates as well. There is a payware for KIWA, but it’s missing the tower of all things. I placed one myself using the SDK, but it’s not as intuitive as the WED of Xplane. Hopefully Phoenix gets some attention from this string.

I would have thought customer patience and understanding would have taken over the forums by now since Asobo is aware of these issues and have to prioritize their time. It’s up to us to be patient until they can get to it.

lol…but apparently flying rafts are more important? Seriously, I get what you’re saying though. It’s just disappointing when the two recent aircraft introduced are somewhat rediculous, meanwhile we have taxi lights all over the place, inaccurate taxi signs, and flying rafts. I suppose these are different departments having different priorities. But who’s managing these priorities? Apparently someone with a sense of humor (again, flying rafts? really?!) …and I honestly don’t typically complain on forums.