Yesterday I saw dflight8685’s post asking whether the French island of Corsica had been upgraded with high resolution scenery as part of the latest world update. Today I decided to go and for an exploration flight there myself to find out for him

Corisca has always intrigued me as a destination, and I have found memories of flying around it in FSX with the FranceVFR photoreal scenery and mesh package.

I set the time in my sim to late afternoon, loaded up at Ajacco in the Just Flight Arrow III, and took off without any real flight plan in mind- just steered the nose of the aircraft in directions that looked interesting. 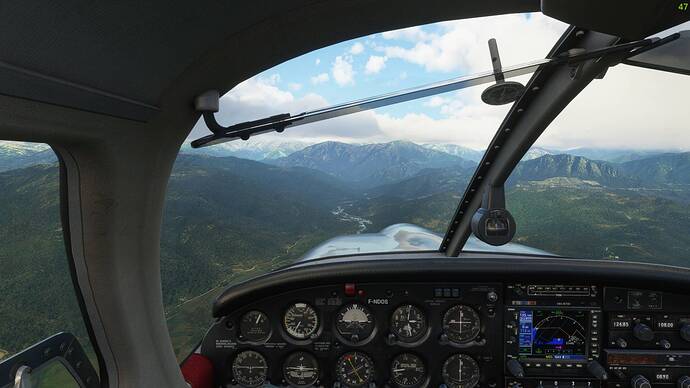 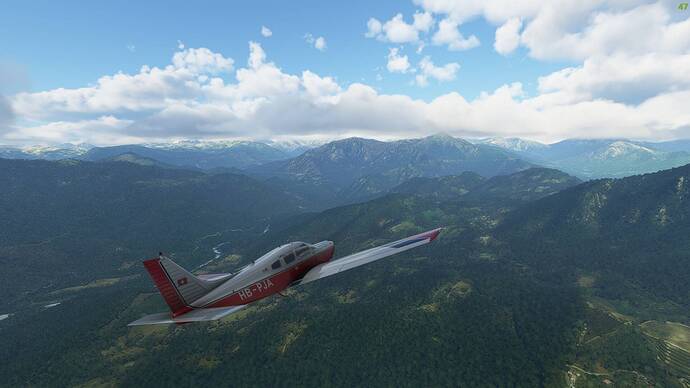 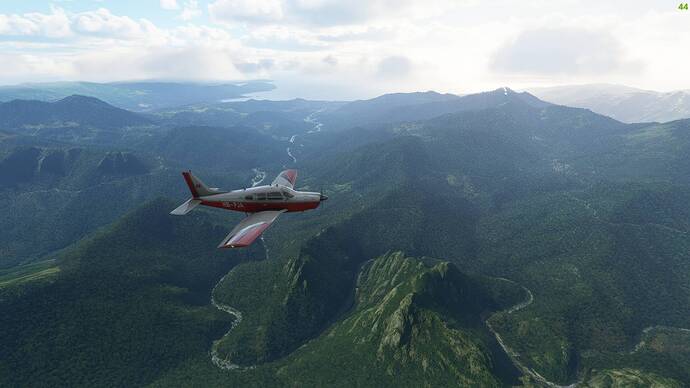 Initially I followed the coast past the capital to the west, turning north and then back inland over the Golf de Sagone. I climbed up to 7000 feet as the valley walls rose up into the clouds, with a tiny pass appearing just big enough for me to squeeze through into the islands interior.

Popping through the other side, I commenced a descent back down to the valley floor where the town of Corte and it’s small airfield made for an inviting approach for a full stop landing, back track, and then departed back towards the north again. 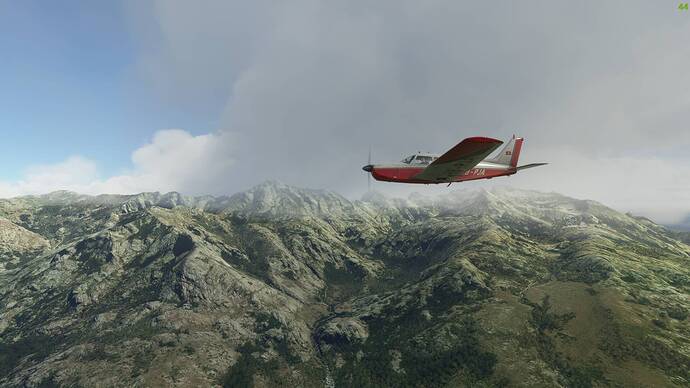 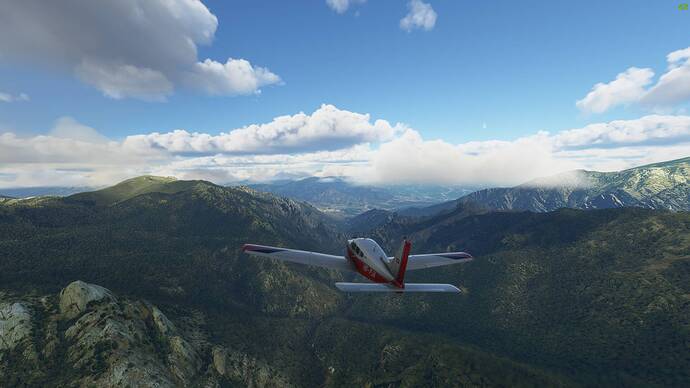 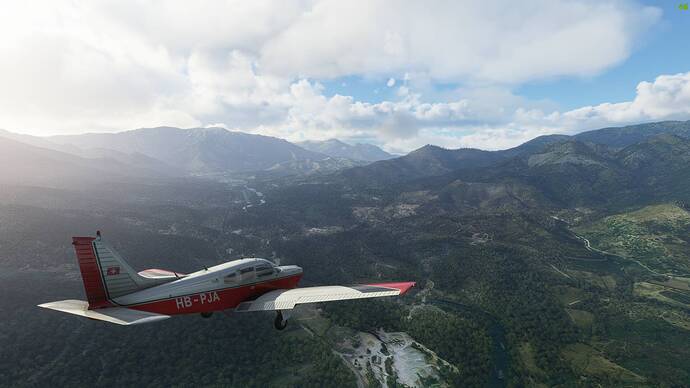 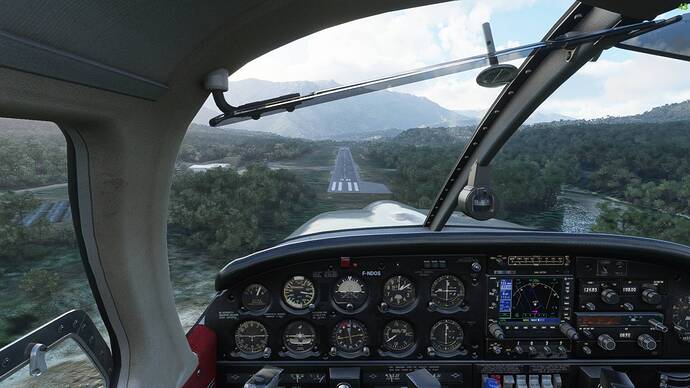 After gaining enough altitude, I banked left to head back out towards the west coast, following the D84 highway through another high mountain pass to drop back to the Mediterranean coast at the settlement of Marine De Porto. 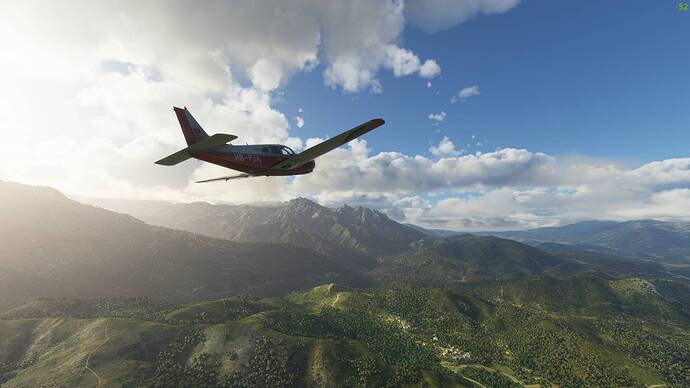 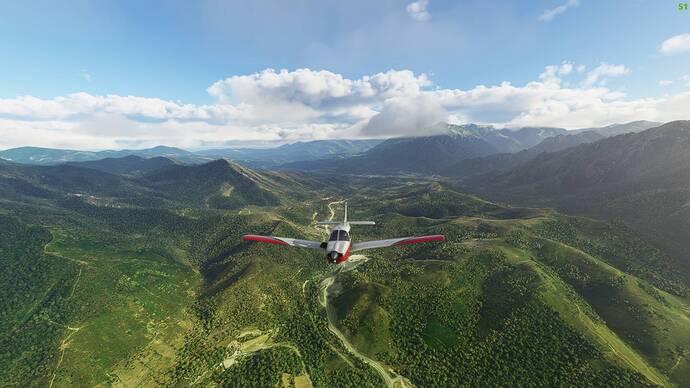 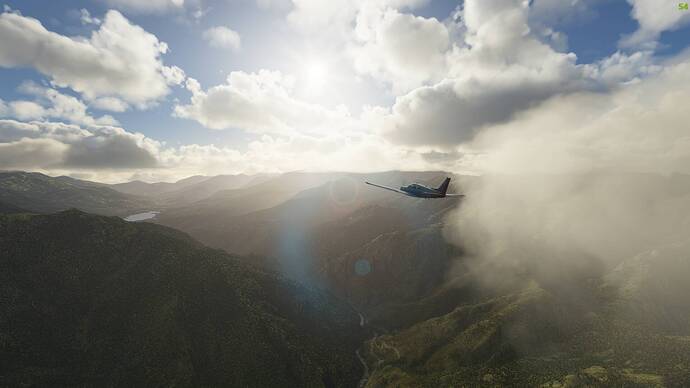 The Scandola coastline at the north eastern corner of the island is spectacularly rugged and certainly appears as if it has been modeled with a higher resolution mesh than other locations. @RegentFalke4131 had recommended to visit this area in another post, so I dropped down to 2000 feet and followed the sea cliffs around to port of Calvi, where freeware addon scenery from flightsim.to can be downloaded to add a 3D rendition of the old citadel. 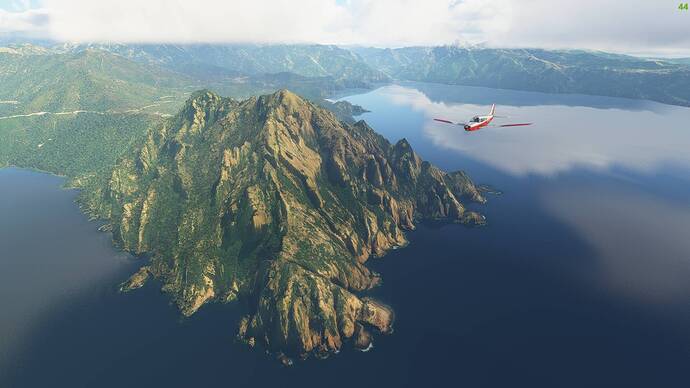 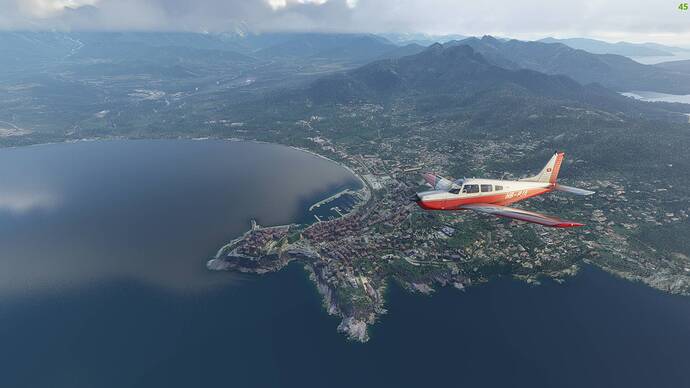 The sun was setting behind me, with the real world weather creating a beautiful ambient atmosphere as I continued eastbound along the top of Corisca, and dropped down over the hills at the port city Basita, where ferries connect the island to France and Italy. Poretta ATC gave me instructions to make a right hand downwind join for runway 34, completing a highly enjoyable flight that is about as good as it can get in the simulator for me! 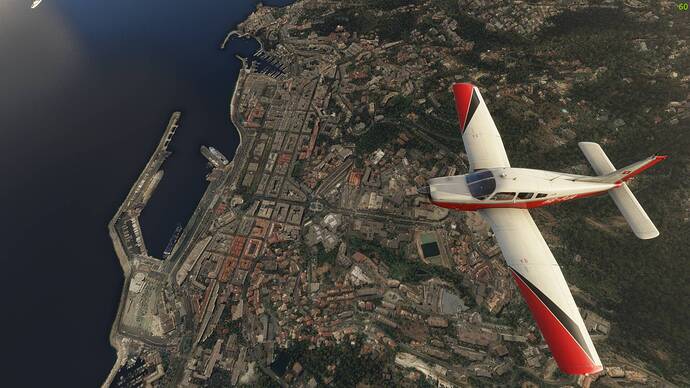 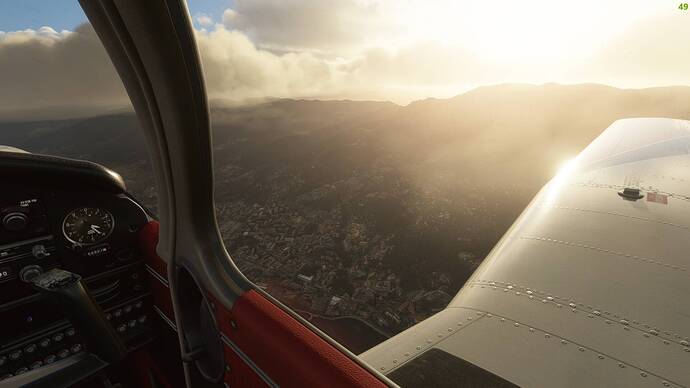 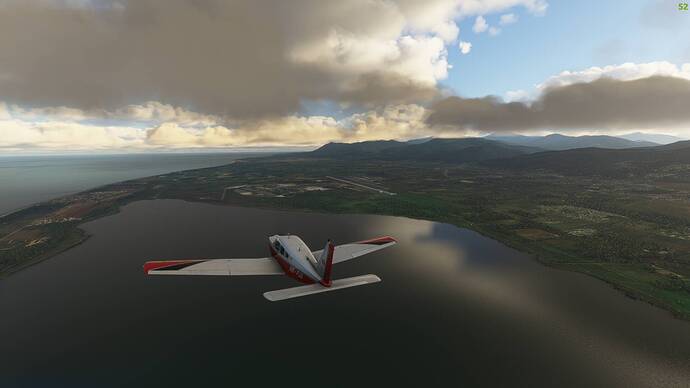 beautiful shots! bravo! I was born and raised in Ajaccio, been living in Paris for 35 yrs
I was a bit desapointed with the Iles Sanguinaires after the update though and also not a single Tower (Tour Génoise) on the coasts