I’ve recently come across a problem where my score on landing challenges is not being updated when I break my highest score. I found a thread on the exact issue I’m experiencing, but it was closed in November and as such I can’t post in it (apologies if there’s another way to report this). It seems that I can’t post a link to the thread for some reason, but it is the first result you get if you search “landing challenge leaderboard not updating.” Right now it’s occurring for all the landing challenges I’ve tried, but I haven’t tried all of them as yet.

I am not using Developer Mode, add-ons, or any other 3rd-party content. I searched for this on Zendesk and did not find it anywhere, including the known issues section.

This bug is present since release. It’s not hard, not complex, they just don’t care.

21st June 2021 and this problem is back, but weirdly not for every landing challenge - seems to be Southampton only. I just scored 942,084 but my previous score of 651,079 is still on the leaderboard. I just attempted the challenge 3 times and bettered the leaderboard score but not updating. Seems to be a common issue, my online flying buddy in UK has got similar problems - we fly on different servers - myself on SE Asia.

I had the same problem, eventually found out I had lots of updates available in the Content Manager, fixed the scoring issue

This issue is still happening. I have my sim fully updated but the leader score doesn’t seem to work. I have problems with specific challenges (most of them), including Arlanda. I have scored the TOP 1 and it didn’t update!!! I can’t believe this problem hasn’t been fixed after all these months. Too bad! 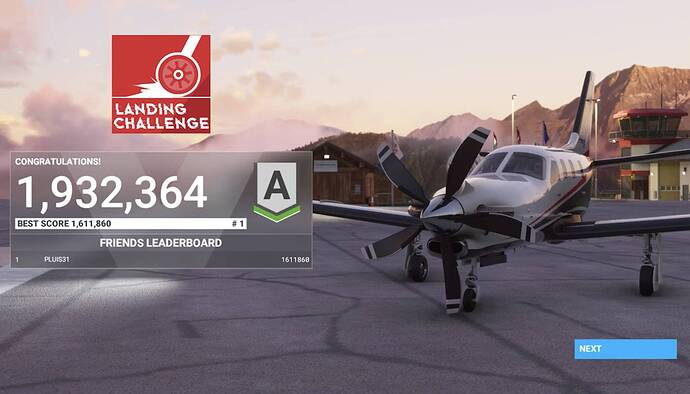 Same to me using version 1.19.9.0; Landing Challenge Leaderboard Not Updating! 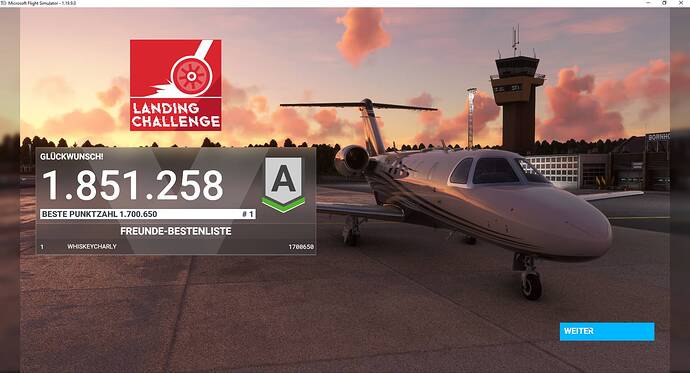 Playing on Xbox and can confirm that the leaderboards aren’t updating on several landing challenges anymore. It’s super-annoying and I hope this gets fixed soon. It has been like this for the last week at least.

For me it looks like that all airports regarding to World Update V Nordics are affected.

After update to version 1.20.6.0 the issue is still happening. Improved scores were not registered. It’s very annoying!

At first glance, your previous best was shown as your “best score”, both on the summary screen and on the ‘leaderboards’ screen. But if I waited a while, it would eventually update and my new position would be shown. This might be the general behaviour when it’s working ‘properly’ though.

From the above reports, it sounds like it may not be working at all in some cases, which could be a different matter entirely (and perhaps airport-related or something to do with Xbox online services which are likely behind it all). If I encounter the same, I’ll Zendesk it.

Thank you for your message. I am aware of this behaviour that the leaderboard score could take some time to update. In my case mentioned above I have waited 15 minutes but the update did not work. In all other landing challenge airports the update is working properly within 30 seconds. Only at the 5 airports belonging to the World Update NORDIC V such as Denmark, Sweden, Iceland, Norway and Finland the leaderboard score update is not working.

OK - I also tried the Finland (Vaasa) challenge earlier and confirm it won’t update with my improved score, while all the others I’ve attempted in the last 1-2 days have.

I don’t have the Nordic POIs or improved Vaasa airport itself installed in Content Manager, to save on disk space (no room for all WUs at once), but I doubt that matters - just stating for the record.

Absolutely not from the beginning for me. It’s a bug I have today and since a few but it was used to work before. Now the Leader Board shows only scores like 2pts or 0pts. Strangely I see correct scores of my friends when I complete a challenge.

That said, it’s another annoying problem of the score system it exists since the beginning, the fact that we can’t see our own score or those of our friends unless we complete the challenge again.

It’s taken a while for to pass this challenge … scored 1.4 mil then 1.2 mil … still stuck at 554k from previous attempts … its showing an “A” on main screen

Neither the update to version 1.21.13.0. nor the latest Nordic V update has fixed this issue. Improved scores will not be updated regarding to Nordic V airports. Furthermore the rang of the gamertag is frozen since 2 months, no changing in the leaderboard. This is abnormal.

I have checked together with another gamer. He got the same issue. Improved scores will not be updated regarding to Nordic V airports.