Laptop users, what are your settings and performance after SU5?

I’ll start with mine:

I am getting a decent 45-55 FPS on ultra settings, with frames dropping to lower 30’s when flying through lots of clouds. Also, I have my scaling set to 110.

I have started this thread so that we can all optimize our settings together, and probably help fly each other on our gaming laptops! 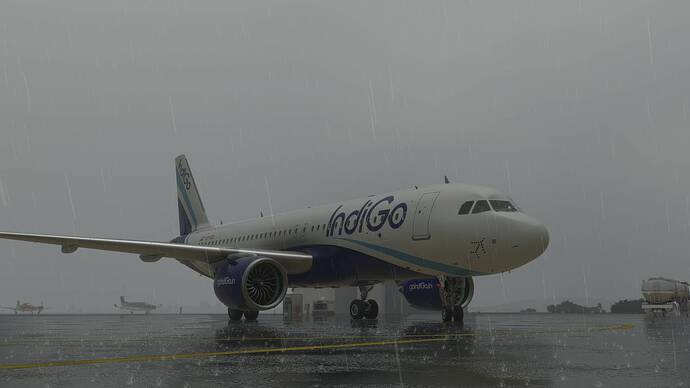 I’m not a my laptop, but would like to share specs too and see where I can optimize. I definitely got a nice boost with SU5, but the bugs too that everyone else is experiencing.

Quick note: My goals are a smooth flying experience, high quality, and low to medium fans. FPS doesn’t matter as much. My overall FPS goal is 30.

I’m using MSFS vsync locked at 30 and rarely drop under 30. I like to keep my fans from blowing full force LOL. I’m also using Throttlestop, with a -.110 undervolt and CPU frequency capped at 4.0. Anything higher pushes my fans way more than I like. I’ve tested with and without the CPU frequency cap. Removing the cap only gives me 2-3 FPS, but a LOT more stutters as the CPU cycles down to avoid overheating.

Nvidia CP settings are all default. I went down the rat-hole of trying to tweak and test different settings, nothing really made a difference for me. However, that was all when I was CPU bound, maybe I need to test again now that I’m GPU bound? What do you all think?

Before SU5, I was fine to run the GPU-bound settings on High, and now able to up a few more to Ultra as mentioned. However, better use of the CPU has allowed me to up the Terrain LOD from 100 to 300 and Object LOD from 70 to 200.

Overall much more consistent “smoothness” with SU5. But still have the issues most others are reporting. Hoping for that hotfix on Friday!

I have A MSI GE66 RAIDER from last year with a RTX 2070 and everything in Ultra except maybe 1-2 things like grass on high for example and I have minimum 30Fps most of the time.

Can go down to 25 with rain etc but never lower.

I haven’t tried everything because I would rather fly that check my FPS everywhere.

I have a very mid-range laptop I got for a steal last year for $449.

While this is a very mid-range laptop I’ve been very happy with it. Before SU5 I would run it on medium settings except ultra clouds and it ran very smoothly except for some stutters with trees when approaching an airport. With SU5 I’ve been able to run it at ultra and getting no stutters and averaging 30fps {I’m guessing here because I don’t judge a game on fps but fluidity with my own eyes}. Only some slight blurriness when panning the aircraft. If I run it at high setting with ultra clouds then it runs smooth as butter. That ain’t bad in my opinion. When I don’t get lazy I’ll hook it up to my 24 inch 75hz monitor and it looks awesome. I couldn’t see spending more money for a simulator. But while it’s not high end like yours, I’m very satisfied with my purchase and the sim in general especially since SU5 came out.

Prior to SU5 I had managed to smooth it out to 30FPS (NVIDIA vSync locked, the internal vSync dropped a few FPS) on high settings with a few things lower (shadows etc) and on a 125 Terrain, 100 Object and 70 scaling.

After SU5 with the same settings I was able to get easily 40-50 FPS (but I can’t get gsync to work). So I’ve now upped terrain to 200, object to 175 and almost everything else on ultra and the smoothness is absolutely mind boggling.

It’s magic what Asobo did to the performance for mid-range and laptops (yes I’m having a lot of bugs as well and the draw distance is not the best still)! Who would have thought, last year, that such high visual fidelity is even possible on a laptop. I’m still pinching myself every once in a while! Bear in mind, my first sim was Flight Simulator 3.0!

//OFFTOPIC
However, that’s graphical performance. If I look at the quality of the sim itself it’s lacking in a lot of places:

You can do some replanning in flight. Have to do it with the fmc and then ask atc for the flight change. Not sure about vfr.

That is true, as far as frame rate is anywhere over 30, it makes no difference, as it is rarely visible to human eye. That’s great specs you got there.

I also used to fly on the same laptop. It’s amazing how it can handle MSFS. I feel that the sim is more designed for Intel processors, rather than AMD.

Even now I sometimes see “Limited by main thread” once or twice in my flight, even with a Ryzen 9!

I am currently using am Acer Nitro 5 Mid range Gaming Laptop to run MSFS.
I am holding off getting a more powerful (expensive) Desktop Gaming machine until
(1) The overinflated prices drop
(2) MSFS stabilizes and the requirements of what is needed become more obvious.

I am actually more than happy with performance, steady 40 FPS mostly. dropping to 25 at the lowest over heavy detailed scenery/

For me, the biggest issues with MSFS are that so many aviation related functions, just never worked, or once worked, but are now broken. SU#5 being particularly bad in this respect.

I could say a lot more, but its all already been said, and mostly ignored, so really, whats the point. It gets fixed, or it does not get fixed, and anything I say will not make the slightest difference.

Here with a laptop:
Asus Rog Strick 17-inch i9750H
16GB Ram
RTX2070
1TB
In ULTRA almost everything came to simulate at 45 fps.
With Oculus Rift, it goes well too, but some stuttering.
One question, does my laptop fall into the mid-range ones?

I’ve got roughly the same and I consider it high end.

It’s still out of budget for a lot of people and I think that any RTX, even the first gen, is high end until 1-2 later when it will become more and more common.

As per Microsoft/Asobo’s original recommendations, you are with “High” specs.

However, with subsequent updates and problems, sometimes even high end PC’s with RTX 3090 have struggled. So it all comes down to developer optimization.

On paper, high is the word!

The only thing that the temperature in virtual reality is around 93-94 degrees and in 2D it drops to 89. Otherwise, perfect, I’ve been with it for 1 year and without problem. When the warranty is over, I think I’ll increase the memory to 32 GB, which I don’t know if that will make it even better.

all installed on ssd

the performance is good and smooth like butter, obviously with the odd stutters and pop ins but mainly smooth and graphics where top notch, only issue i had was when the performace increased in SU5 it cause my CPU to go haywire with massive rollercoaster of FPS so i limited it to 30fps and so far so good, had one or two CTD but nothing major 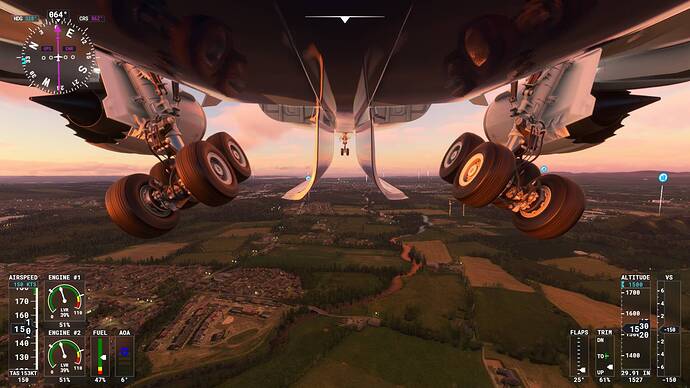 Have you also tried increasing the virtual memory?

I increased it, MSI Afterburner reads it as RAM. Now, even my laptop with 16GB ram shows as utilizing upto 32GB of “RAM” lol. However, I am not sure about how much the performance would differ with increase of actual RAM.

You may be right.

Pre SU5, I was using mostly high settings with couple settings ticked down to medium and a couple on ultra and getting 55-60 fps, but would dip down to the high 20s in congested areas like Houston or New Orleans. Definitely seeing an FPS boost after the update. Currently set to full ultra and still getting in upper 50s at 1080p. Still getting the stutters when panning the camera both not too bad.

So far my biggest gripe with SU5 has been the giant increase in power consumption and how quickly that’s draining my battery. I can drop the fps down to 30 and charge the battery again, but flipping those settings every couple hours isn’t ideal. I guess it’s not a big deal as long as this isn’t wrecking the overall life of the battery. Funny enough, 4K at 30pfs seems to use less power than 1080p at 60. Anyone having battery drain issues with SU5?

Edit: this is my first gaming laptop (gaming pc in general, really) so any optimization tips would be much appreciated

True. BTW, the hotfix seems to have solved most of my issues, except for some jagged objects and very occasional CTD’s.

At least it looks much better now.

However, my CPU temps are going very high(~90C).

Try Throttlestop. Maybe 1-2 FPS lost but you’ll gain a much cooler system. I can control my temps with 2-3 degrees with Thorttlestop.

You’ll want to limit your turbo speeds to something in the 3.8 to 4.2 range. Again you’ll be surprised at how little FPS you lose.

Will definitely try this!