Got a chance to review this. Anyone tried this yet? 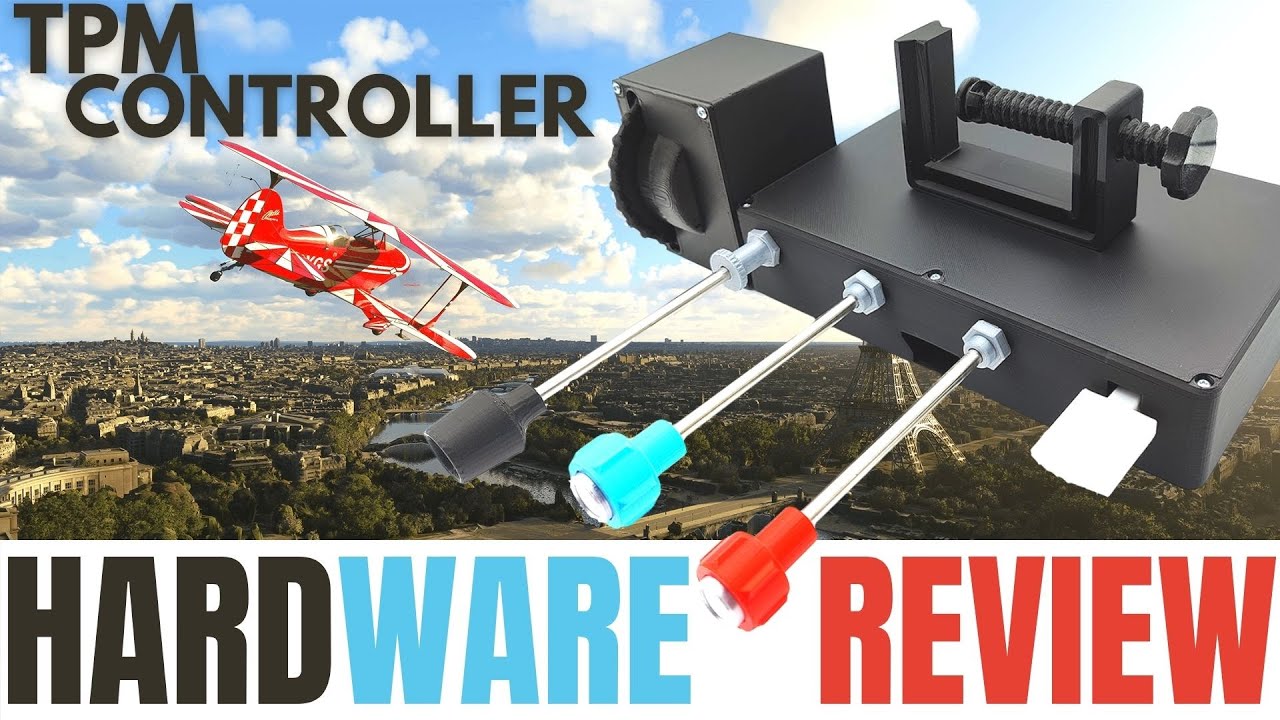 This looks very expensive for something that looks 3D printed…

Nothing wrong with 3D Printed hardware if made correctly, I’ve got an H-Pattern/Sequential Gear Shifter that cost €100, it gets punished beyond belief but has lasted without fault for 4+ years now!

I already bought the Bravo Throttle Quadrant but this looks nice for GA, more authentic for the Cessna’s I’m currently flying.

Alternative TPM controllers with better construction, metal not plastic, are much more expensive.

I have the LG TQ and would love to replace with something that has a trim wheel or flap slot.ATM cannot even get a BRAVO TQ until the next few months and that isn’t guaranteed.Agreed overpriced for the quality.

The 3D print may just be for prototypes and not for production. (I don’t know.) But even if it is for production, 3D printing isn’t especially cheap if volumes are in that middle range between a few units a week to where true molding becomes economical. 3D printing can add lots of labor cleaning up parts, wasted filament and time when prints fail, etc, not to mention the printers, supplies, and labor involved in printing those parts.

Those 3D prints also took someone’s time to design, draw, test, and redesign. Plus there are all the other costs involved with commercializing something. If you think you can build your own for cheaper and don’t mind the design time, have at it.

They should print some wear and scratches… rounded edges…

Someone else in here mentioned the 3d printed Sim Racing shifter, I think its the same one I have from SH in Spain, and its perfectly awesome.

I’m not saying everyone can make a quality 3d printed product… But I think its unfair just to light off about it being 3d printed if you’ve never used it.

People rip on games that use Unity engine because its free, and a lot of people who don’t know how to write a game try to sell their crud Unity crud on steam… But… Unreal engine is also free and there is a lot of crud there too… But everyone says Unreal is so ermagersh awesome.

It turns out, what is garbage and what is not garbage is often more about the engineering than the method of production. If SpaceX can launch men to the ISS with 3d printed parts, I think a guy could make a good Vernier throttle quad. And maybe someone has.

Don’t take food off that dudes plate if you’re just shooting rubberbands at the moon. You haven’t tried the product.

metal construction definitely gives a more solid feel but the price goes up.

I just got my new Fulcrum Yoke last week. Slightly dearer than a Honeycomb but all metal with 180 degree aileron and full 8" elevator travel. Very solid bit of kit. far better than the Logitech/CH stuff which are really just toys with 90 degree aileron and 4" elevator and moulded plastic - but not in the stratospheric price territory of sim pit items like the Yoko.

Back on topic, this throttle/trim unit looks pretty solid, could be worth investigating. The fact that the frame is 3D printed is not a real issue as the electrical and mechanical bits are obviously not 3D printed. My main concern is the use of linear pots instead of hall sensors. Linear pots are not a game killer but I will wait on some reviews.

Depending on the interface, I’d actually prefer a linear pot (dirt accumulation not withstanding). From my understanding, the hall effect sensor units are for some reason using the “button pressing” trim changes rather than the trim axis available. Precise trim is soooo important, and, until I assigned the Trim axis to my Logitech Extreme3D Pro throttle, I found Trimming impossible in the game. I’m not convinced you can get there without using the trim axis.

I think the button press concept has to do with supporting other games, which may not have a trim axis.

Considering the functions it has, it certainly is a good deal. But it really really looks cheap. Much cheaper IMHO than the Saitek throttles.
If I ever consider a TPM it will probably the one by simmax.it. This one also uses 3D printed parts but they have nice finishing and look extremely good. Price is higher of course, but far below many others.

Looks nice but I just built my own using a Leo Bodnar interface, works a treat.

3d Printed parts all mounted into my desk.

Very rewarding project if you’re willing to take the time and got access to a 3d printer of course.

Mine includes TPM, Gear Lever, Flaps Lever, Parking Brake, Carb Heat, Rudder Trim and Elevator Trim and the interface still allows for more things to be added. Well worth a look if you have a mind to build your own. 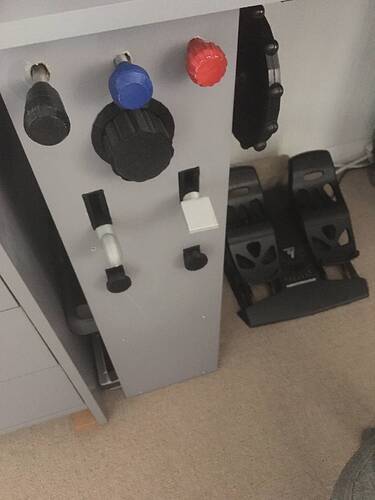 For those of you saying it is overpriced - as someone that 3D prints products on a mass scale, I would consider the following:

All in all - you would have a hard time making it yourself for the same price if you factor in the equipment, filament, and hours.

Those Leo Bodnar interfaces are nice! I especially like the dual knobs with pushbuttons - just like the Garmin panels.

Hey there, It actually takes about 35 hours of total print time per controller, the component costs are 50+ dollars. The Leo Bodnar board itself is ~23 dollars and that is when you purchase them in quantity of 100 at a time and without headers, I have buy and solder on the headers and the usb port itself.

I wanted to be around the 150 dollar price point when I set out to build these but that was just not doable with the cost and time involved in making in each controller. Like you said you have shipping, selling fees etc on top of all the other expenses too.

Yeah it is a little pricey but having molds made and having it manufactured in China is not an option for me at this time, that costs a lot of money to have done.