ISSUE - i bought this game through microsoft store, and i have been getting low FPS on almost every setting and every resolution.
my main issue is that the CPU & GPU utilization is too low during the flights and my 6 core CPU uses only 2 cores 3 at max during flights 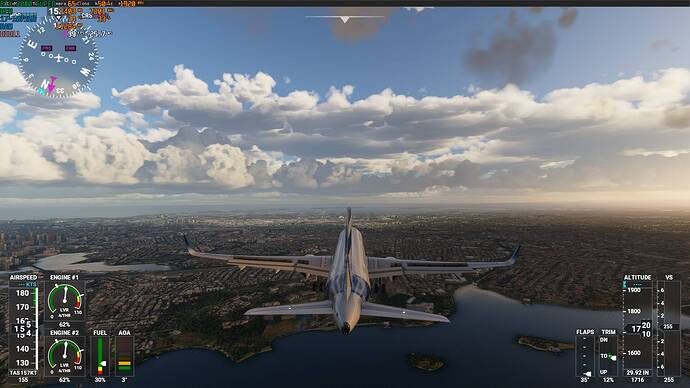 I have already tested the other presets fps barely changes by 3-4 frames while the usage more or less doesn’t change, my system is neither thermal throttling nor is it being starved of power

if possible, it’d help me immensely if the community could help me out here

It is normal that MSFS doesn’t use all cores. It still could be that the CPU is the bottleneck since the threads that are used are maxing out your cores. The best sign of that is if the GPU is not maxed out.
To reduce CPU load it helps to change the refresh rate of glass cockpit in the graphics settings.

Also try turning off multiplayer and AI traffic to see if that’s an issue.

forum search function give you a lot of existing discussions in which you can join / and possible vote.

i really couldnt find anything that was a solution and most of them were variations oif my issue but not exactly my issue ; (

IS your CPU virualisation set to disabled others have seen an increase in gpu and cpu usage by having this off. Check your power mode is set to prefer max performance.

One of those should give you a fairly material boost. 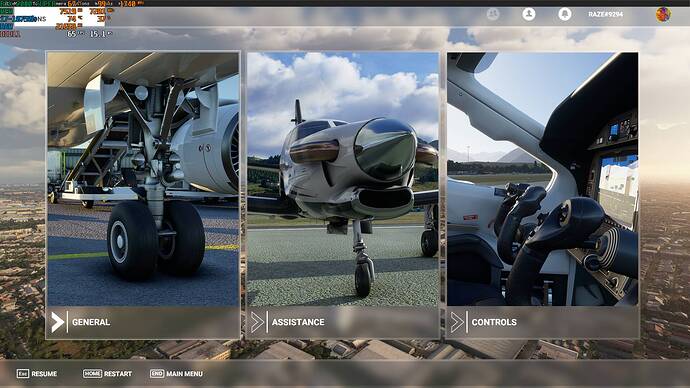 The objective is to first address low FPS. One or more settings are holding you back.

After that you can try to turn on other settings and get your CPU / GPU loaded.

Worst comes to worst, being low loaded isn’t the worst fate but being at low FPS is.

understood thnx will share the results shortly,
i hope this doesnt make the graphics FSX’y

It will, but that’s only temporary while you try to isolate what behind low FPS.

Again: The game isn’t able to use so many threads. It will currently never utilize more than that since it simply cannot.

Use the Developer Mode → Options → Show FPS and check what’s your bottleneck, I’m pretty sure it will be the CPU.

as for the devmode it usually prompted “limited by Main Thread” and mostly went red and green at times I dint really understand that, my CPU still went on utilizing only 2-3 cores with virtualization disabled. 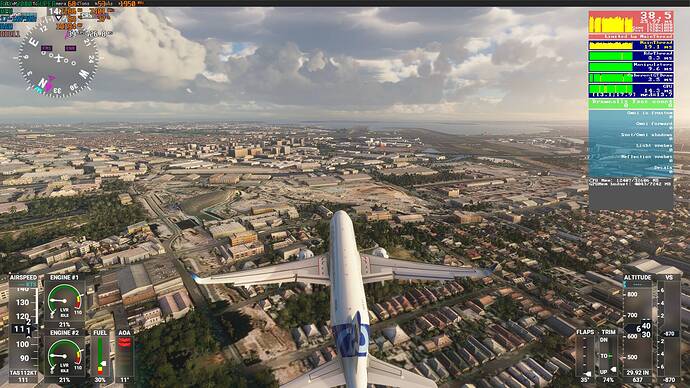 as for the devmode it usually prompted “limited by Main Thread” and mostly went red and green at times I dint really understand that, my CPU still went on utilizing only 2-3 cores with virtualization disabled.

As I guessed and said, your CPU is the bottleneck. So you need to focus on CPU intensive tasks.
There is no way to utilize more of the CPU, the Game still isn’t able to right now.

The sim actually likes less cores with higher clocl speeds more since it can utilize that much better. This might change in the future since Asobo tries to put work off the MainThread, but for now you’re stuck with this.

35 fps in dense areas on the A320 isn’t that bad by the way. Not sure what you expect.
It’s much harder to reduce load from the CPU than from the GPU. So if the above doesn’t help, I think you’ll have to accept the state.

In pause mode, the CPU intensive tasks are stopped, while the GPU tasks are running, which is why the usage swaps.

Could check MFAA and FXAA are turned off in nvidia control panel as this has been known to rob performance.

There is always a trade-off between performance (roughly frames per second) and quality (how good do the frames look). For better looking frames, move the graphics sliders to high or ultra. The FPS counter will show “limited by GPU”. For better performance, move the graphics sliders a low as possible. Now the CPU has to do most of the processing to push as many frames out to the GPU as fast as possible. This is shown on the FPS counter as “limited by the main thread”. Either the CPU needs to be upgraded or the application code has to be more optimized.

Cranking up the graphics should boost the GPU processing.

I just looked at your screenshot and im kinda curious. What Framerate are you targeting ? Your screenshot is showing 38fps at that point in time which in my experience as a former RTX 2080 super owner running 3440x1440 at stock ultra with a 3700x is around where it should be (even possibly lower depending on the complexity of the scene being rendered)

As a matter of fact i just looked at your first post now and that’s showing 39fps… and considering the scenery in the pic its not bad either so what exactly where you looking for in terms of frame rates ? Not being mean just curious.

I would also highly recommend reading this article which explains your CPU usage observations and the need to find the optimum balance for each resolution for this sim. 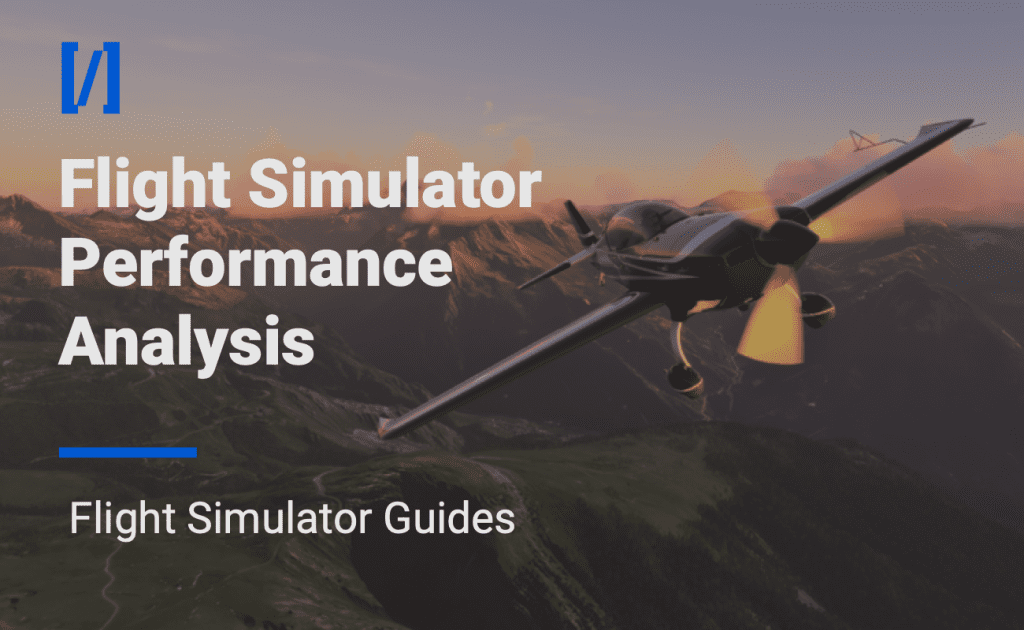 Using our test rig, we work out the best CPUs, GPUs, RAM speed & memory configurations to get the most performance out of MS Flight Simulator 2020.

I personally think your frames are right where they need to be (Especially if you are running 1440p/high or ultra) If your monitor is limited to 1080p then increase render scaling by 10 to 20 points to increase gpu utilization.
Cheers

after a lotta snooping around OC’ing, tweaking voltages, even repasting lolz i came to a smol conclusion yet an unsatisfying one

I cant get anymore fps outta this CPU no matter what I do (that is once all possible load has been lifted from it) the only alternative remains is too just enjoy the game at the same frames but at a higher resolution n higher quality,

EDIT - is the game’s VR also too intensive on the CPU? cause i cant seem to run it usually crashes if
it doesn’t barely get 15-20 fps (low preset) 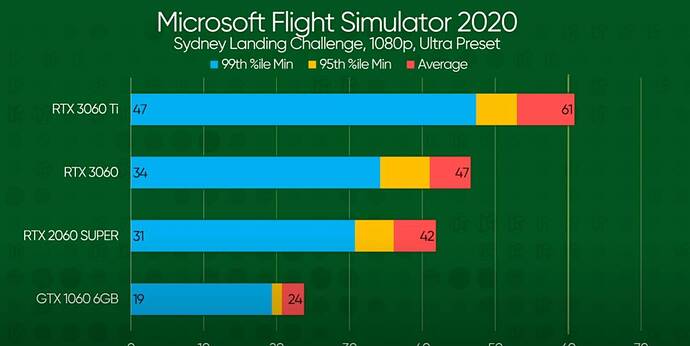