I installed JUSTSIM’s LFMN airport before the last MSFS update (France etc …) and the scene was working fine.
Since this update (which also includes the detailed LFMN airport) LFMN is duplicated (see image).
I uninstalled LFMN JustSim and reinstalled, but it’s the same.
Thanks for your help. 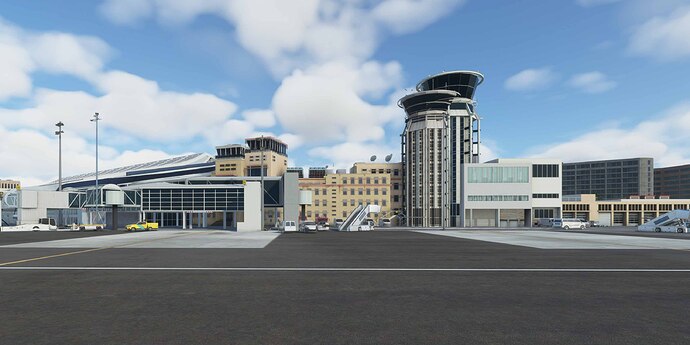 Since the last update, the airport is included in MSFS2020.
Either uninstall the one from JustSim or the one from Microsoft.
Best regards
Willi

Of course ! It’s all good now!
Next time I will think a little more!
Thank you.

I highly recommend, even when it SHOULD usually not be a problem, but if you have a 3rd party addon for a Asobo handcraftet airport, i recommend to uninstall the Asobo version trough your content manager.
Thats also what some of these devs recommend.

I went trough my list and uninstalled all of the doubled airports to prevent exactly such things from happening.

As said, usually no problem, but in this case, the Justim-Version was done before the LFMN Asobo version wad added, so the exclusion area got overridden with the world update. Thats why it appeared twice, as the Justsim-Scenery was developed on top of the default airport, but not of the handcrafted one.

Thank you for your additional explanations.

Interesting discussion indeed ! I have now a question about LFMN sceneries… does it worth to buy a third party scenery for LFMN (like Justsim) or the new update of MSFS is as good as Justsim is ??

I don’t want to buy an airport if the one included in MSFS is of same quality !

I prefer the Justsim version which is more complete. I worked for 3 years at LFMN in the civil aviation services and I know the airport well.
But it all depends on what use you had of it. Personally, I have an attachment to this city! it’s your choice !

The best and easiest way to get an idea is to compare the 2 airports! Go to LFMN Asobo and compare with Justsim’s pictures!

Hello,
Since this involves a third party, I have moved it to Third Party Addon Discussion.
I have also altered the title. It’s difficult to know which update “last MSFS update” refers to as time goes on.